Cobra Kai: "it’s as though Lectrosonics is another crew member"

Fans of the Karate Kid films welcomed the return of arch-rivals Daniel LaRusso and Johnny Lawrence in TV series Cobra Kai, which reunited the characters 30 years after the events of the 1984 All Valley Karate Tournament. Production sound mixer Mike Filosa explains why season four of the popular show relied on Lectrosonics’ wireless chops.

In the highly-anticipated return of the original films’ two iconic characters, Cobra Kai catches up with LaRusso (now leading an enviable life and running a successful string of car dealerships) and his school adversary, Lawrence, (whose life has taken a rocky turn), leading him to seek redemption by reopening the infamous Cobra Kai karate dojo.

Their lives inevitably become intertwined and the rivalry is swiftly reignited, setting forth the next generation of karate kids. The series proved to be a runaway hit for Netflix, and has been viewed by over 73 million subscribers so far.

Filosa has used nothing but Lectrosonics kit since around the time the fourth Karate Film came out in the early ‘90s. 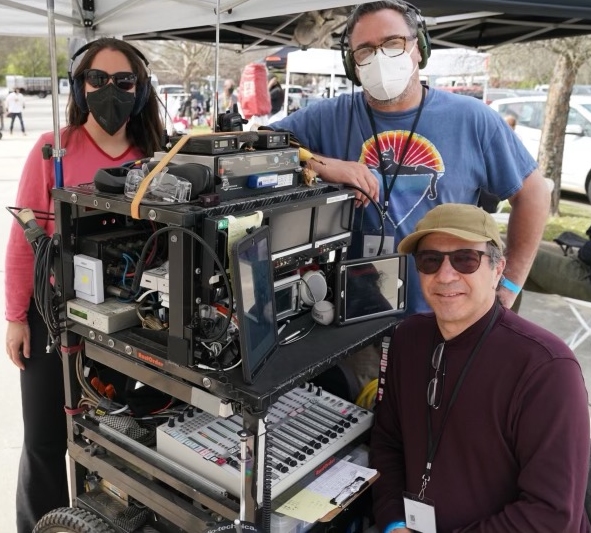 It’s as though Lectrosonics is another crew member, because with the way productions have to be run right now, solid wireless signals are the key to success. Mike Filosa

These days, Filosa uses a mixture of new and legacy Lectrosonics wireless gear, including SMV, SMQV and SMDWB transmitters, HMa plug-on transmitters, a pair of original Venue VR Field systems fitted with VRT tracking receiver modules, and IFB-T4 transmitters for comms – although what works for him on set has been changed slightly by Covid-19 precautions.

“We’re shooting the same number of pages per day as under normal circumstances,” he shares.

“I have a face shield and a mask because I’m in what’s called the A-zone, which is closer to the talent than most of the rest of the crew. But because Lectrosonics is so dependable, I don’t often have to penetrate the set. I can stay well-distanced at my cart.

"The features that help me do this include the smart tuning and the dweedle tones we can send to make remote settings on the transmitters. The T4s live on top of my VR Field, so I can pop the whole thing off the cart for use in vehicles and still communicate with my people.”

“We can’t always get as close as we need with the boom, which is where the SM series comes in,” he explains. “I have never had a range issue with Lectro. We do use shark fin antennas – the Lectrosonics ALP 650L/E series – but most of the time they live right on my cart and don’t need to be closer to the talent.

"Many of our 16 SMs can go up to 250 milliwatts [output power] but we’re pretty much happy with them at 100 milliwatts. Buried in costumes, far away, and with lots of action, there has been no fallibility.” 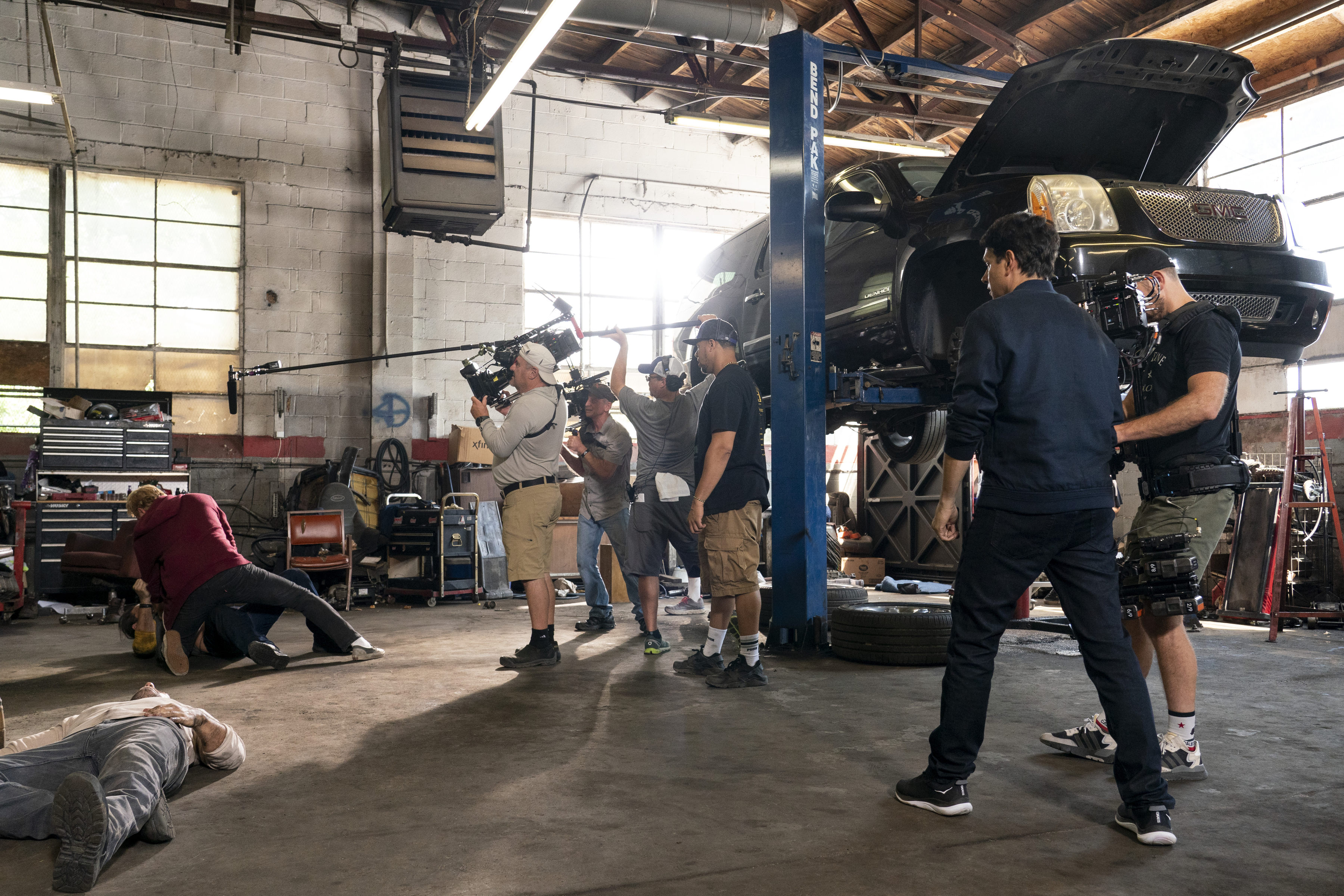 In fact, the SMs have proven so rugged that Filosa reveals that they recently made an unprecedented cameo:

“Cobra Kai has a couple of big fight scenes every season. I can’t really reveal the one we just shot for season 4, but it’s major! Normally, stunt people perform these scenes but this time, the actors wanted to do their own stunts.

"We’d usually take the wireless packs off them and post would work on the fight sounds, but this time, we left the packs on. We ran mics into various SM-series transmitters, and everything worked perfectly.”

“I’m very happy with the reliability of what I have right now, and I’m sure it will be in many mixers’ kits for many more years,” he says. “But with the new digital stuff, the idea of being able to squeeze more functional channels into a given bandwidth of spectrum is very appealing.”

While rigid protocols are in place and have to be dealt with, production expectations have not been affected. For this reason, Lectrosonics is more than just equipment for Filosa:

“I’m lucky to work with two of the best sound techs in town: Boom op Matt Robinson and sound utility Rachel Smith,” he points out.

“But it’s as though Lectrosonics is another crew member, because with the way productions have to be run right now, solid wireless signals are the key to success.” 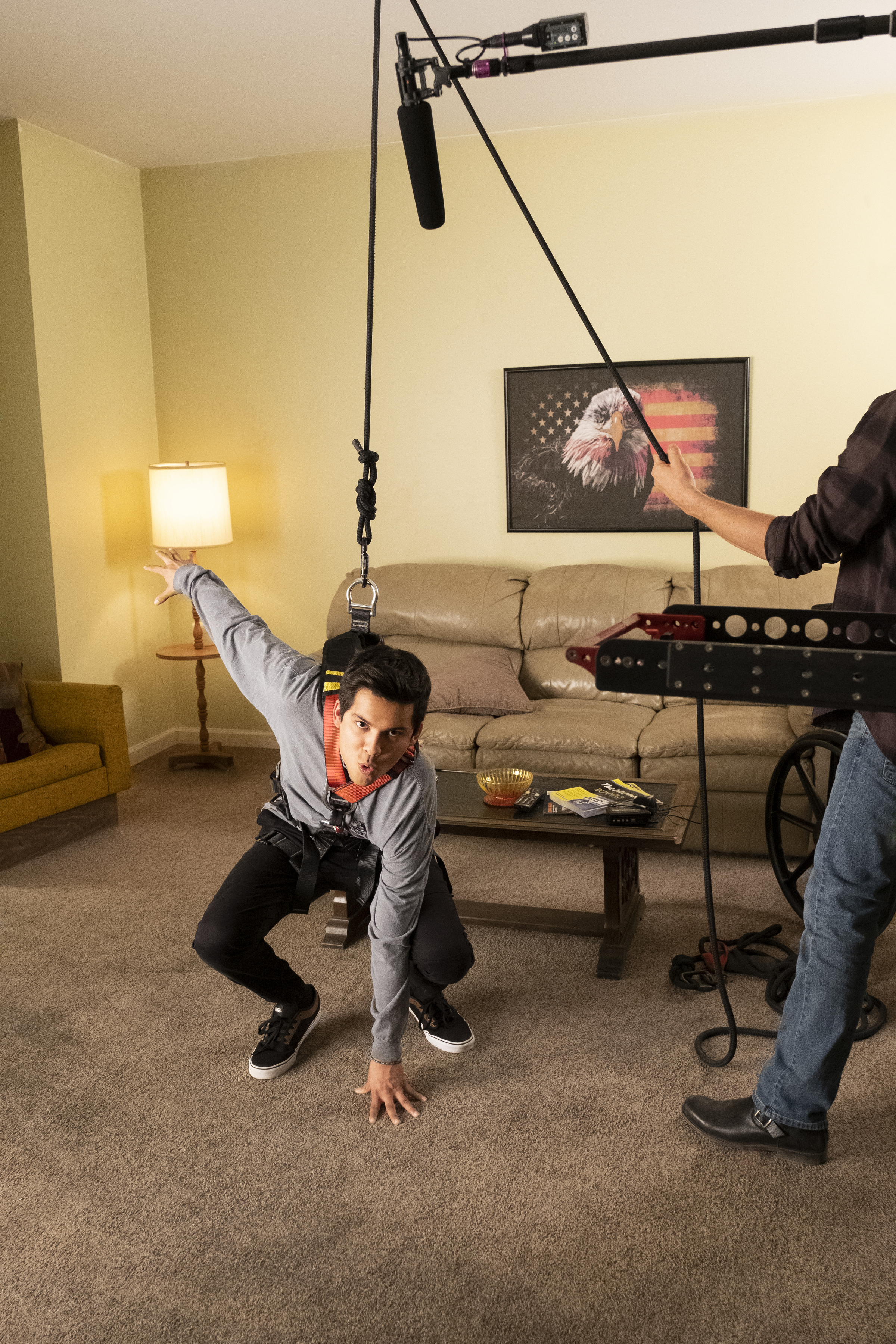