We’ve all seen the video by now: Mariah Carey suffered a rather unfortunate New Year’s Eve performance, made all the worse by the fact that she was booked as the star attraction of Dick Clark’s New Year’s Rockin’ Eve show as a part of the annual ball drop event. Broadcast live from New York City's Times Square, over 35 million viewers tuned in to see 2016’s final f**k you to the entertainment industry: Carey was having some major technical issues, and no amount of flesh-covered leotard was going to hide it.

While some speculated that perhaps the singer had not completed a proper sound check or rehearsal prior to taking the stage, others questioned why someone who is said to boast a five-octave vocal range should mime at all, most seemed to agree that Carey’s in-ears were not working, leaving her unable to hear the backing track.
Either way, she was not happy.

After the event the singer’s manager, Stella Bulochnikov, had a few choice four letter words for the show’s producers, claiming that they repeatedly ignored the songstress’ concerns about technical issues prior to taking the stage, suggesting the performance was intentionally sabotaged in order to gain higher ratings.

“I will never know the truth, but I do know that we told them three times that her mic pack was not working. It was a disastrous production,” Bulochnikov told Us Weekly magazine. “They did not have their act together.”

In an interview with Entertainment Weekly, Bulochnikov went into more detail:

Bulochnikov claims that Carey and her team told the producer numerous times leading up to midnight that she was struggling to hear, only to be told that that the in-ears she would be using on stage would be different.

“We told both stage managers – remember this is not our production team, we’re out-sourcing our team, which we never do — we told them the mic pack was not working,” Bulochnikov continued. “They brought her a new one, and that one didn’t work either; the mic pack was dead. They changed the battery pack. She said she still couldn’t hear. Then things start to get chaotic.

“So, right when it goes live, she can’t hear anything. There’s noise from Times Square and the music is reverberating from the buildings — all she hears is chaos. She can’t hear her music. It’s a madhouse. At the point, there’s no way to recover.”

Carey since used Twitter to upload a 90-second recording, where she said:

"It's a shame that we were put into the hands of a production team with technical issues who chose to capitalise on circumstances beyond our control. It's not practical for a singer to sing live and be able to hear themselves properly in the middle of Times Square with all the noise, the freezing cold, the smoke from the smoke machines, and thousands of people celebrating – especially when their ear monitors were not working at all. They foiled me, thus it turned into an opportunity to humiliate me.”

Dick Clark Productions, which produced the show, was quick to issue its own statement:

"To suggest that DCP would ever intentionally compromise the success of any artist is defamatory, outrageous and frankly absurd. In very rare instances there are of course technical errors that can occur with live television, however, an initial investigation has indicated that DCP had no involvement in the challenges associated with Ms. Carey's New Year's Eve performance." 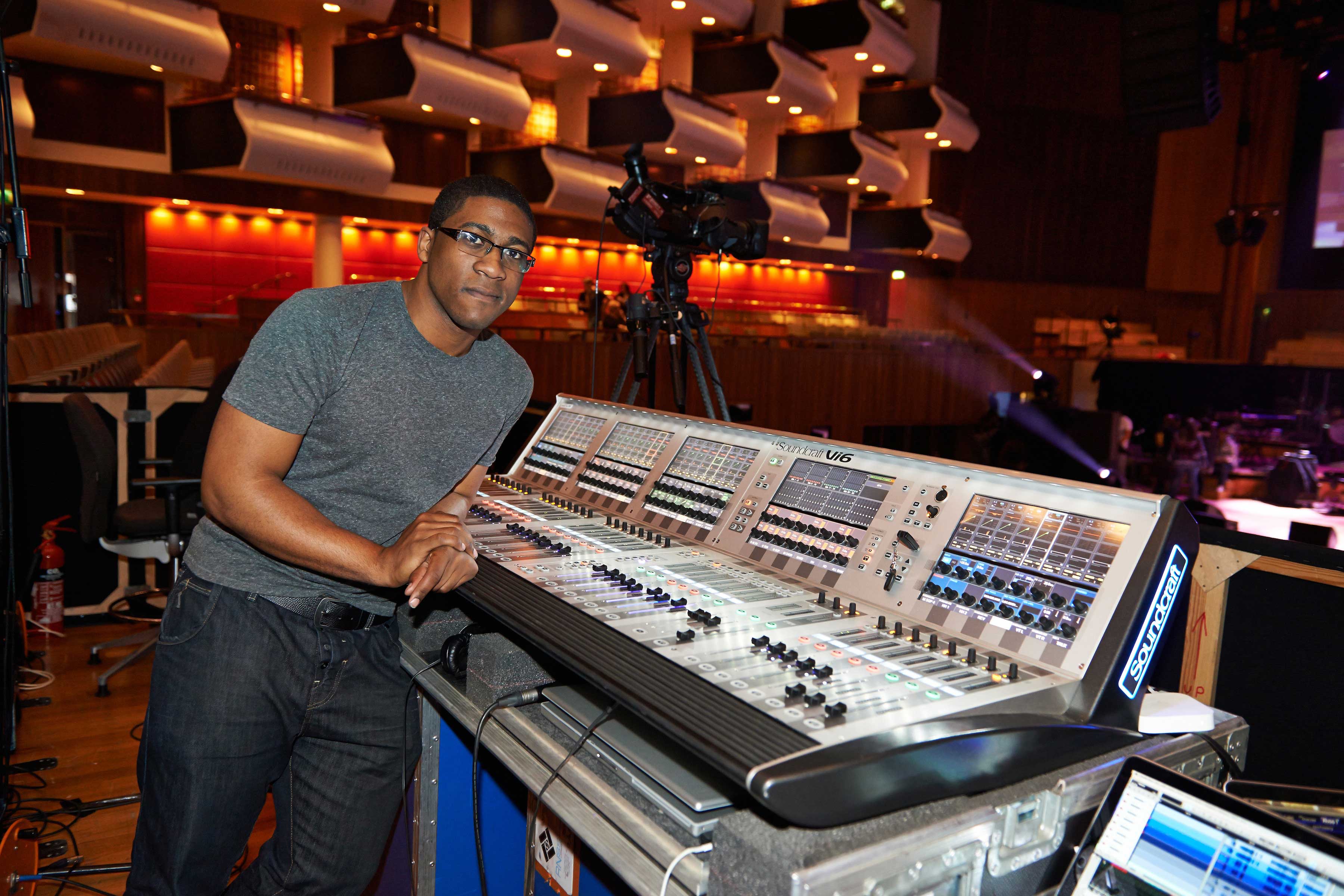 Whoever hired the equipment that she was using, and whoever was handling the sound – it is their responsibility.

Headliner spoke to Raphael (Raph) Williams, sound engineer for British rapper, singer, songwriter, and record producer, Tinie Tempah, who was quite certain as to who was to blame for the live mishap, and how it could have been prevented.

“From a sound engineer’s point a view, it's a real shame what happened to Mariah Carey,” he sighs. “I feel for her; this embarrassment could've been avoided. All I can say is, whoever hired the equipment that she was using and whoever was handling the sound – it is their responsibility. The problem lies with the tech team, the in-house sound engineer, and the RF coordinator.

“They should have ensured there weren’t any issues. When an artist cries out for help pre-show, you do everything you can to solve the issues. Having various different stage managers telling you it will work when you go live is a load of nonsense; that is just a way of shutting them up and getting them on stage so they can say they have done their job.

“She couldn't handle the RF issues. Taking off the coat, the in-ear cable wasn't under the coat for easy execution. You have to respect her because she stayed on stage and tried to perform, but because of the natural reverberation in Times Square it was impossible to hear anything. Also you see her touching her shoulder, which is her attempting to look for her in-ears to try and help herself. At one point her dancer tries taking her off the stage but she was continuing to dance because she's trying to do a performance in an embarrassing situation. I understand that places like Times Square are jam-packed with frequencies flying around, but you should be able to make sure you are fine and hear everything you need to before you go on stage, as the stage wasn’t that big and this can be achieved in arenas and stadiums.

Incidents like this annoy Williams, particularly when the public judges the artist on a performance they have no control over:

“In this case, it does give the sound engineer/ RF coordinator a bad name, even though we don’t know them by name, so the one with the fame will take on the blame.”
If the issue was raised off-stage before the show, and it had been Williams working as the engineer, he knows exactly what he would have done:

“I would have wanted to listen to the pack to hear what the problem was to ensure the frequency was clean,” he says. “The outcome result would tell me to change the pack or change the frequency – if no one else is having any issues. Another thing it could have been was perhaps her IEM cable was faulty, which could have caused the intermittence. It’s a lot of ifs, buts, and what-ifs, but that’s the game we play in. We are here to make live shows happen the best way possible.

“Personally, I would have taken her offstage rather than enduring five minutes of a bad performance which cannot be controlled by the artist,” he points out. “More so, I would have brought a working pack onto the stage and personally taken on that embarrassing moment, as no one knows me, and the public would have seen that there was a issue.” 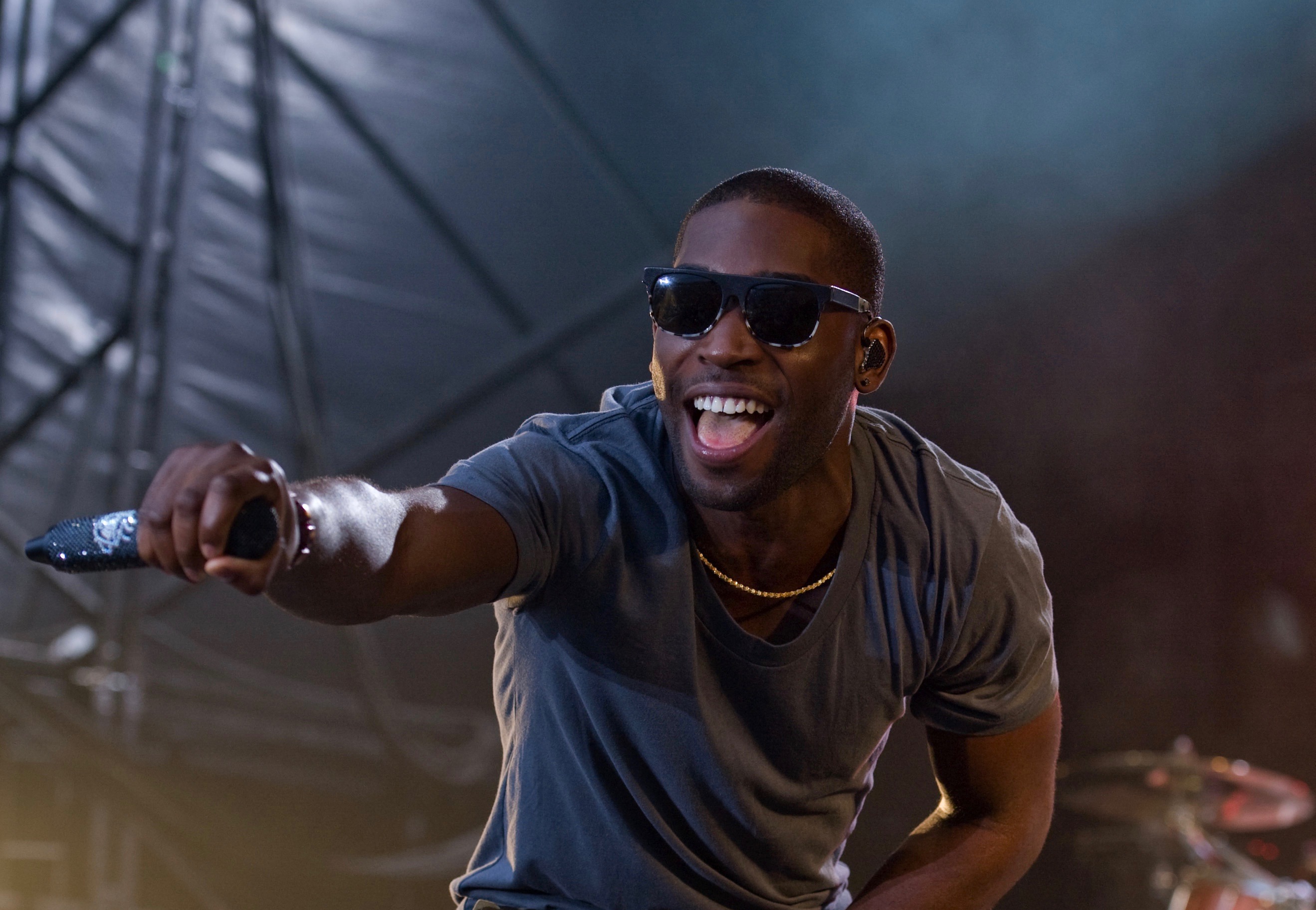 We all get issues during shows, but the biggest thing is how you deal with it to keep your dignity.

Williams cannot stress highly enough the importance of using your own people:

“You must always travel with your production team, so they can give you the technical support that is needed, even if you can't touch the console (some parts of the US have union rules as it is perceived you're taking their job away from them). Within the UK, most house engineers welcome a guest engineer, which helps then take a break!

“For me, I like to get to know the artist, because you learn how to manage issues and you can put things in place to minimise potential embarrassment for the artist, as they’re the one on show. A touring team gets to know each other’s workflows, allowing everyone to get the best result. This is preferable to relying on the in-house production team which just want to get the show out; they don’t care about the artist’s perception in the public eye.”

Being such a high profile mishap, what does Williams think in-house teams can learn from this? Pausing briefly, he answers:

“Some production houses get the majority of the shows because they can do it for a good cost, which in turn means less crew bearing the same heavy load of a show, creating stress and short fuses for people to care enough to get the best result. That is why I have the utmost respect for the artist I work with. Traveling with his team, we all get issues during shows, but the biggest thing is how you deal with it to keep your dignity.”

Headliner has to ask: has he ever had his very own nightmare live scenario?

“There have been a few occasions where there have been issues and we've had to work out a solution for it,” he smiles. “When I started working for my artist in 2010, he was at Glastonbury festival, and there were some issues with the monitor console. This was partly because I didn't know how to use the console fully and I was using a show file that I didn't create, meaning I was sending signals to outputs where they shouldn't have gone. After the show – knowing it was a disaster – I thought I was going be fired that day. I’m blessed that the production team believed in my ability, and from that day I told myself that I'm going to learn all consoles and make sure that when I get onto a stage that I control what happens for my artist, so if there are any issues, I know how to resolve them, or instruct someone else to.”

This reminds Williams of an occasion when Tinie’s IEM pack died mid set:

"This wasn't a battery issue – the RF stopped receiving for some weird reason. Since then, I have been reluctant to use systems that are not within my normal setup," he declares. "As this was in the middle of a song, I went to my back-up, which is the side-fills, which I don't normally use to keep a quiet stage. I got a chance to swap his pack out for another one – I tend to have two packs on the same frequency, and a spare unit on a separate frequency.”

On the rare occasion that the microphone goes down, Tinie’s team make sure they have a spare handheld ready, and in that instance they would communicate between monitors and front of house that the swap is taking place. Fail to plan, plan to fail – as it were. In addition to the spare mic, Williams and the team always make sure they have multiple spare in-ear monitor receivers, a radio mic (even a cabled mic for worse case scenarios), and back-up IEM moulds as a cable or driver could break. The show must go on, after all.

“What I have learnt during my short time in the industry is that artists and production companies stick with their particular people in their respective roles. This is mainly because they provide reliability and confidence, which is important to help the artist not to worry. They can relax knowing their project is being handled by the right people," Williams concludes. “What I've also noticed when clients call me is that they believe I will get the job done, so just turning up changes their attitude and provides confidence in the camp. That is not me blowing my own trumpet, but it helps to always assist others, and in turn, I am helping myself. In fact, it puts more pressure on me to maintain the standard that has been created while working and growing up. I would love to help the next generation uphold these standards and values.”