Chris Lee: To Mix A Butterfly

Having experienced and worked in live sound environments from a very young age, it’s no surprise that monitor engineer Christopher Lee has found himself mixing shows for one of the biggest hip-hop acts on the planet, Kendrick Lamar. Here he talks about mastering his craft, life on the road, and why he’ll never be without his trusty DiGiCo SD7 console.

Initially finding himself at a loose end when the pandemic hit, Christopher Lee is now back up and running, and managing to keep himself busy with a number of soundstage-centric audio projects.

His last live show with an audience was at Cross Festival in San Diego on March 7 2020. After that, all of his shows got cancelled which made for a pretty quiet couple of months, yet halfway through the year as the situation developed, Lee found the work starting to pick up again, and since August he says it’s been a nonstop rollercoaster - something for which he feels incredibly thankful and blessed.

Born and raised in L.A., Lee is perhaps best known for his work as monitor engineer for Jennifer Lopez, SZA, and arguably one of the world’s hottest hip-hop stars, Kendrick Lamar, whose live shows are truly electric both visually and audibly.

When he returned home from that final festival gig last year, he knew exactly where to turn:

“I’ve worked a lot in the church game so I managed to get some gigs doing that, as well as working with a couple of artists that were doing some televised in-home things, going round and setting up a system for them in their house,” he reveals. “And then back in August and September is when the live streaming really went ballistic for artists using soundstages, filming and broadcasting their performances for the late night or early mornings shows that started coming back.” 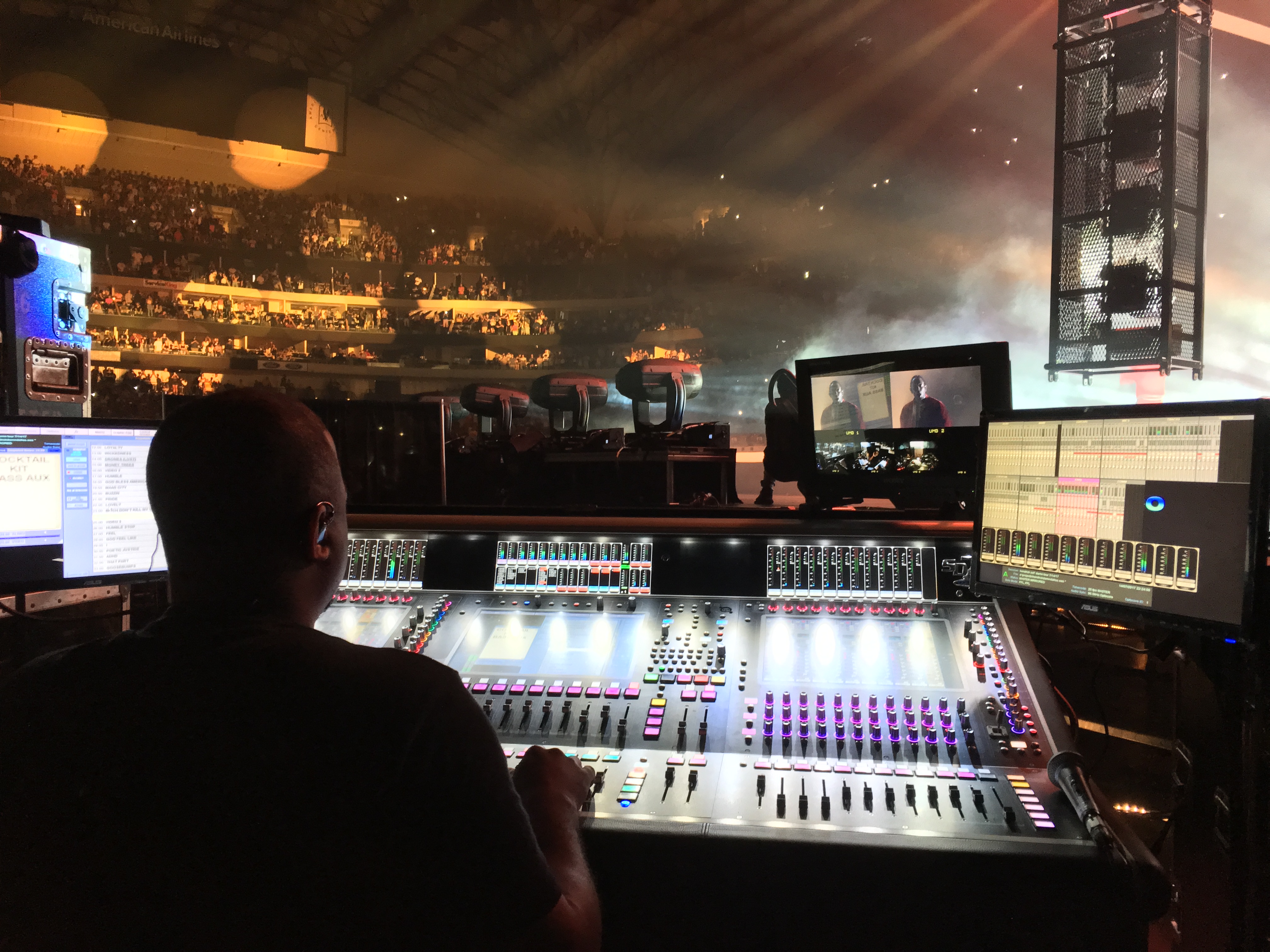 So what’s it like to be mixing in these kinds of environments, compared to the huge stadiums and arenas that he’s used to?

“It’s been good to see colleagues and people that I’ve toured with in these situations,” he replies. “A lot of these soundstages have created warehouses with LED walls and you just bring in your gear and set up - It’s kind of like doing a TV show every day!

“I’m getting poked in the nose every day with Covid tests and constantly having my temperature taken...but besides that it’s good. Things definitely aren’t the same, but I’m thankful to be working and actually being able to interact with people.”

Lee was fortunate enough to grow up working in live sound; in fact you could argue that it’s something he’s been destined to do from the start. He attended a very progressive church where touring engineers were actually members of the congregation, and was tinkering with fairly elaborate audio setups from as young as eight years-old; wrapping cables, cleaning microphones, and learning about all things audio as far as houses of worship are concerned.

“I was thrown in at the deep end I guess, but they say if you can mix in church, you can mix anywhere,” he chuckles. “We had some pretty prominent musicians coming through the doors. Sheila E. was a member of the church and many big time musicians would come and play there, so for me it was a great schooling to learn the ins and outs from a young age, and then to have amazing mentors who I could shadow at local events at the Hollywood Bowl or the Greek Theatre. I knew from there that this was exactly what I wanted to do.”

In the early 2000s, Lee started working for sound companies mixing shows at a number of big venues in L.A., and through word of mouth his proficiency as a sound engineer soon spread.

Working with Kendrick Lamar initially came about following a phone call with one of Lee’s good friends and fellow live engineer Kyle Hamilton in 2014. He told Lee that Kendrick was looking for a monitor guy who could quickly come down to CenterStaging, a rehearsal facility in southern California, and the rest is history. 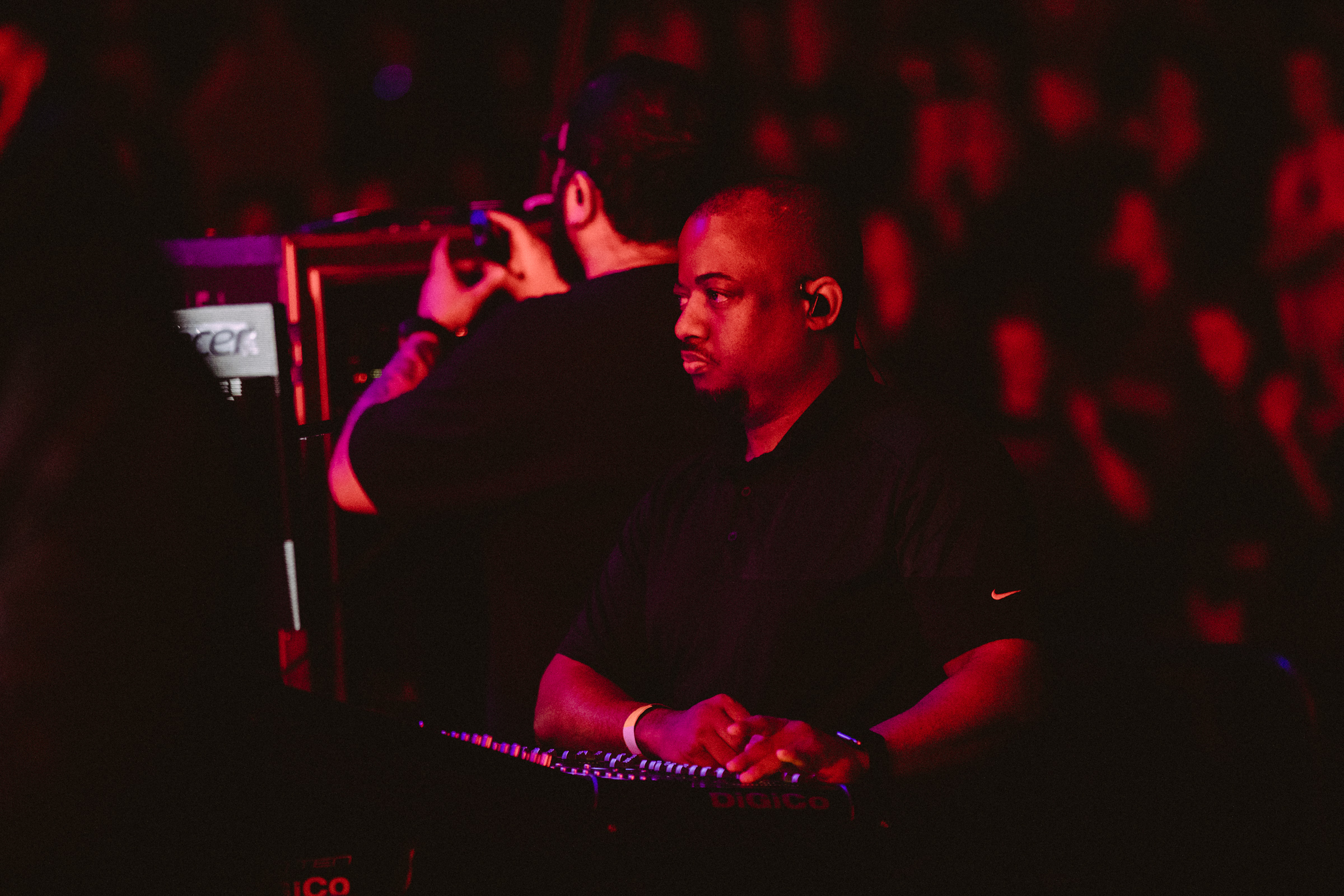 I've got enough faders in front of me to hit a particular mix when required and make changes on the fly very quickly.

Kendrick’s live shows are as spectacular as they are intimate, so there’s usually a number of different aspects of the performance for Lee to consider when he’s in full swing on monitor duty:

“For me it’s about listening to what the room is doing; listening to the PA and how it’s hung, observing where the line arrays are cutting off and where my audience mics are,” he tells me. “Kendrick likes a dynamic mix; he likes to hear the crowd and feel that participation, and he also likes to hear all the live musicians. It’s not a typical hip-hop gig...there are musicians and sometimes full orchestras playing every single part in the band.”

Lee has been using DiGiCo consoles since the very first moment he started mixing monitors. After receiving a call from his mentor in 2002, he was summoned to the Universal Amphitheatre — where he was working at the time — to check out a new desk that was, rather interestingly, in the basement…

“I get down to the basement and we’re staring at this D1 with all its lights and three screens and huge meter bridge, desperately trying to work out how to patch in the audio!” he laughs. “It was love at first sight.

“Nowadays it’s always an SD7 for me because of the channel counts and bus counts, and because I’m sometimes having to put 30 mixes through it. Last year was my first tour using the Quantum processing with Jennifer Lopez, and after that I knew there was no going back.” 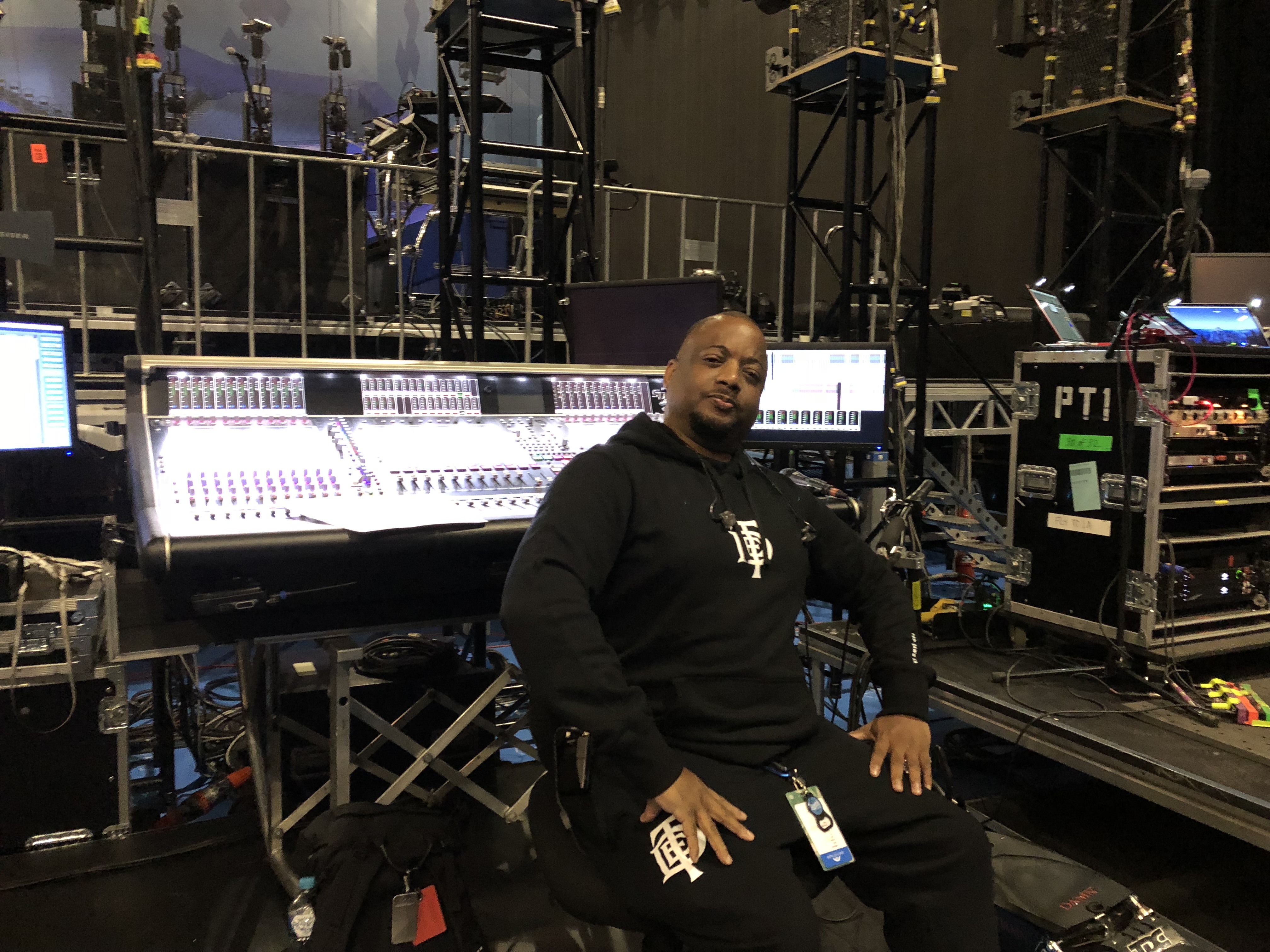 The SD7 enhances Lee’s workflow to no end, with its plethora of features and configuration options:

“When you’re doing in-ears, wedges, side-fills and a bunch of different mixes for band members, lighting, pyro etc. - everybody wants a specific EQ, and so I often find myself duplicating a lot of channels to give that dynamic that each person is looking for in their mix,” he explains.

“I can set an option so that my master screen tells me exactly what’s happening and who each channel is going to for that particular mix, or EQ, or compression - whatever it is, it shows right up as soon as I solo it.

“The two fader banks on the SD7 master screen are a lifesaver; it really helps to be able to see all those channels and therefore immediately react when people are asking for things. I’ve got enough faders in front of me to hit a particular mix when required and make changes on the fly very quickly.”

When it comes to mixing a Kendrick Lamar show, Lee says that he always starts with the band - it’s important to make sure they’re positioned correctly, dialled in properly, and can actually feel the show’s energy at side-stage with their own personal subs.

“Every day is a different experience on a Kendrick tour, because of course the footprint often changes,” he points out. “It’s absolutely imperative that I’m using an SD7 for that kind of show though. Being able to give everything its own space with the stereo channel width and just being able to move things around in the mix without completely butchering everything is definitely key. Using the tube emulators and multiband compression on the console, and having that available on every single channel is like night and day. Being able to create that warm sound on the guitar for example - I can just dial that in and make that happen on the fly."