Like most touring professionals, CJ Blair has had a little more time on his hands than he’s used to over the past 12 months or so. As the production manager and front of house engineer for US singer-songwriter Khalid, his workload tends to be busier than most, serving a dual role that eats up the down time most live sound engineers treasure when traversing the globe and plying their trade at sell out arena shows. And while he can’t wait to get back out on the road, he has maintained a positive attitude, he tells us when we reach him via Zoom at his home in North Hollywood, California.

“Overall, my fiancé and I have been doing pretty well during the pandemic,” he says. “Obviously there have been some low points, just like for everybody. It’s hard and disorientating when you’re used to being on the road all the time and then it suddenly comes to a screeching halt - sometimes you don’t know what to do with yourself. But we’re doing the best we can. We did a little road trip to Detroit to see her family and camped along the way. That was a lot of fun. And with us being in LA, all these live stream shoots have picked up, so there’s been enough work to keep us busy… just enough to keep us from going crazy! It seems like things in the last month here are slowly ramping up. It’s exciting.”

He may now be well established as a multi-talented, much sought after touring engineer, but Blair’s career in sound began not in the field, but in the studio.

“I was a studio engineer for years,” he explains. “But I went on tour with a couple of Warped Tour bands and I started doing backline for a band called Haim - I was doing stage managing with them for a couple of years. I knew the fundamentals of audio and how it behaves, how to manipulate it and all that stuff, but I’d never really done any live sound on a large scale. So it was a little intimidating. The FOH engineer, who is one of my big mentors and still works for Haim, Scott Adamson, gave me the confidence to throw myself into the fire and do it. So I did and I’ve been doing it ever since for the past seven or eight years.”

After stepping out of the studio and making the permanent move into live sound, Blair gained experience in a multitude of disciplines, from production and stage management, to front of house and monitor mixing. This, he explains, is often par for the course in the formative years of a touring professional.

“From early gigs and smaller tours, it’s usually a dual role, whether you’re the tour manager and FOH engineer, production manager and FOH, or all three. So, I’ve had that skillset with me and levelled up all the way to worldwide arena tours doing both jobs, which is a gnarly experience. But I love doing both, it satisfies both parts of my brain - the logistical and factual side of production and being able to have that two hours to mix every night and let that creative part come out. And it’s nice to stay busy, instead of having just a mixing position. Sometimes you have a lot of down time during the day, so it keeps me busy the whole day. It’s a good balance.” 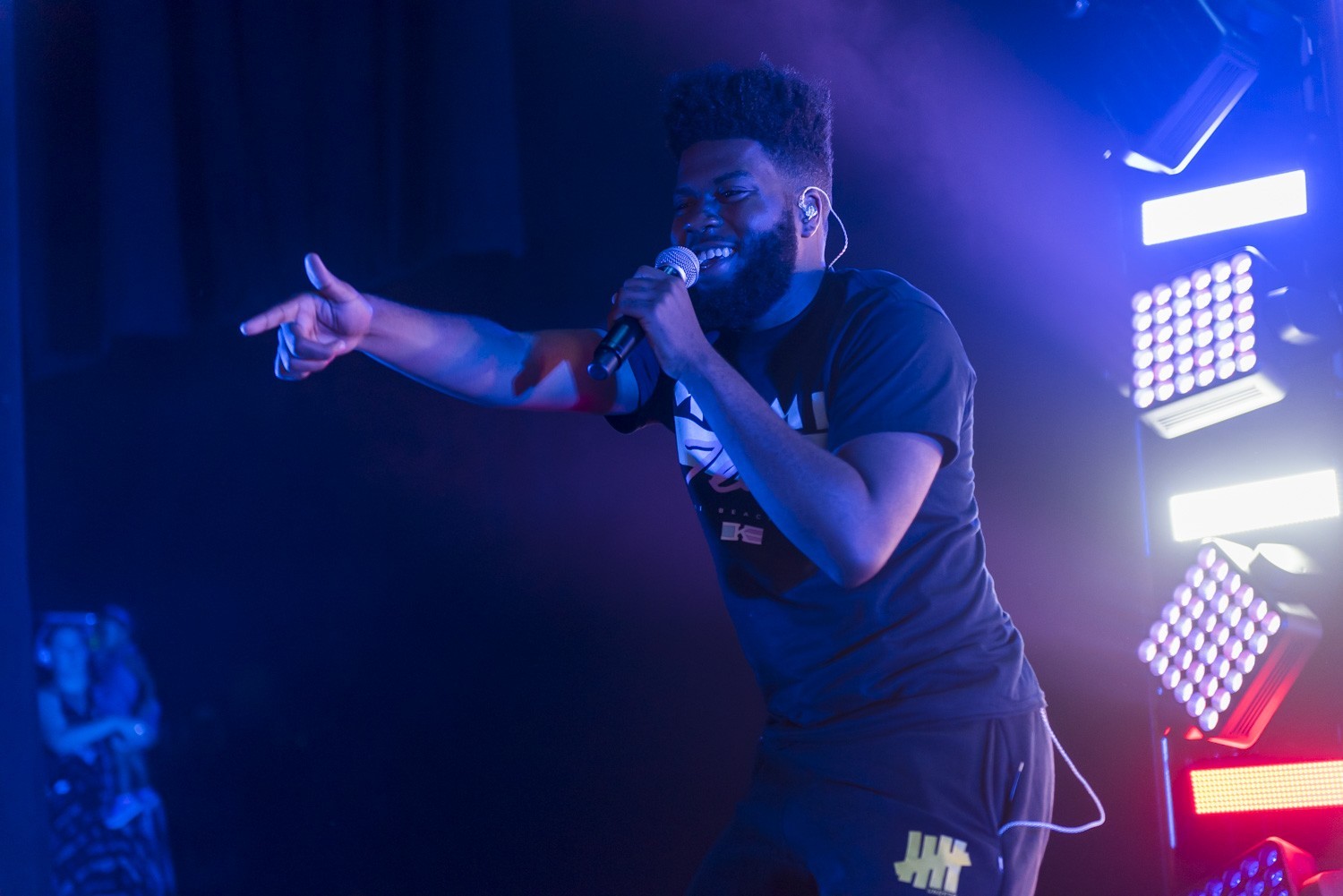 For the past five years, Blair has been the front of house engineer for US artist Khalid, a role that has seen him mix audio in some of the world’s biggest and most iconic venues. So how did the gig come about?

“When I first moved to L.A in 2016 I got a random call saying, ‘There is this brand new artist who has a show in Long Beach, are you available to do it?’ I’d never heard of him. So I was like, ‘okay cool’. I did a day’s rehearsal, did the show, didn’t think much of it, and then I got a call back to do his first tour, and saw how much energy people were putting into him. I’ve been with him ever since and it’s been non-stop for about four years.”

One of the key technical shifts Blair has seen during his time as a live sound engineer is the move away from wedges and the rise of in-ear monitors, something he has come to rely on increasingly in recent years.

“I’ve been using JH Audio in-ear monitors [JH 16s] for the past couple of years,” he says. “They are the best, especially when amplified speakers have gone by the wayside. The mid-range detail is second to none, it’s amazing. During this pandemic, since nobody has been turning on PA systems, I’ve been doing more monitor gigs [for live streams] and I use them to mix broadcast stuff on the road. They really tell you the truth and I love them.

“The low-end is extremely tight and very usable with them,” he continues. “I use the low end mostly when I’m doing broadcast mixes on an aeroplane or something like that. But the mid-range is definitely what I rely on.”

For now, Blair is steadily adding more commitments to his diary and generally keeping himself as busy as possible until live music returns in earnest.

“As of right now, things are getting a little busier,” he concludes. “Stuff has been popping up and I’ve been running monitors for some live streams. And I might be doing a Vegas residency. All positive things!”