The awards season is upon us, and just like the Golden Globes, the Grammys, and the Academy Awards, the hype, buzz and anticipation of the NAMM TEC awards tends to make us all giddy with excitement. This year was no different, and the Hilton Conference Center was packed with the very best talent in the pro audio industry.

Los Angeles-based comedian, Demitri Martin, was the master of ceremonies for the second year in a row, and he admitted that he still had trouble understanding what NAMM was, and why it even existed, announcing 'I didn't know what NAMM was until I went through the exhibit hall, and then I realised that it's a massive Guitar Center that they don’t let you leave'.

Martin asked that someone in the audience help him with a new start-up called 'DigiThief', which is a technology that lets you steal someone else's music while it's being composed: basically, let's develop an app that forewarns an artist how much of an asshole their sound man is gonna be at the gig later that night! He was very entertaining, and did a great job moving the awards along.

As always, the audio gear awards were the most exciting; nothing like a room full of gear-heads giving metal boxes with a series of letters and random numbers standing ovations as drunk product managers were finally allowed out of their workshops and into the natural sunlight to be allowed to have some dry roast beef, some vodka, and walk away with an engraved glass award that will sit and stare at their receptionist in their office lobby for the next 20 years.

Of course, these major advancements in technology allow artists, engineers, and producers to create in ways that were once impossible to even dream of - and it was great to see Rupert Neve’s team continue to deliver year after year with incredible products: they won an award for their mic pre-amps; and Neumann and Sennheiser received awards for their incredible microphones and wireless technology. 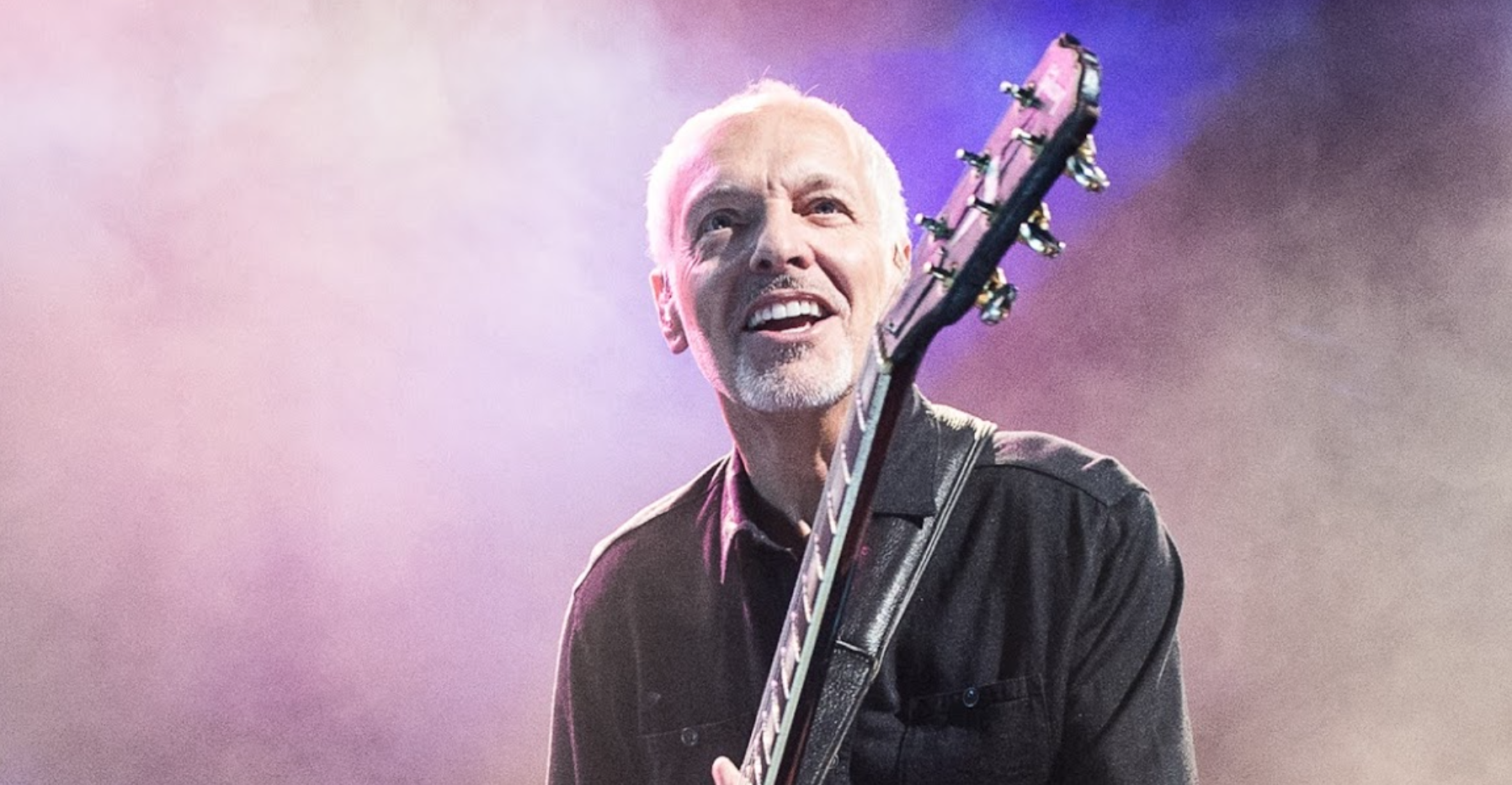 Peter Frampton lit the room on fire with 'Black Hole Sun', and at one point even sang the chorus through his iconic talk box.

I’m a huge fan of Beck’s Colors album, and the he and his talented team of engineers took home the TEC award for Best Record Production for an album. And there were two lifetime achievement awards given out to two incredible powerhouse talents that have changed how we experience and listen to music: Leslie Ann Jones was inducted to the NAMM TEC Hall of Fame, and introduced by legend, Herbie Hancock, who received a standing ovation.

He spoke of first meeting Leslie Ann as an engineer’s assistant who rose through the ranks to become his lead producer and engineer before heading out on her own, and working with other iconic artists like Van Morrison, Joan Baez, Jane Fonda, Michael Feinstein, and Bob Seger before ultimately joining George Lucas at Skywalker Ranch where she leads a talented team as the director of music recording and scoring. All of these accomplishments would be enough, but Leslie Ann was also an activist and leader in women’s rights and LGBTQ advocacy. She crashed through glass ceilings to lead the way for so many who followed behind her. Leslie Ann had this to say after receiving her award:

“It's one thing to get an award for a project, it's a whole other thing to get an award for your body of work. No one gets here alone. Phil Kay took a chance on me when no other women were working at any of the other major studios. They say yes, and make it happen; and that's how it should be. And that starts with George Lucas at Skywalker Ranch, where the bar is set very high, and we all work in a collaborative effort; everyone is happy for the other's success.”

Leslie Ann said that she learned her love of orchestration from her father, and learned about singers from watching her mother. Making every performance feel like it was the very first time. She always knew she wanted to be in the room when the magic happens. Leslie Ann gave this advice to anyone who wanted to work in this industry:

“Getting the opportunity is one thing, but it’s what you do with that opportunity; remember to ask questions, so you will always be prepared for the next door that opens.”

Next, we were all rewarded with an incredible performance by Les Paul Award-winner, Peter Frampton, who was inducted by long-time collaborator and Toto guitarist, Steve Lukather, who had met Frampton in the early '70s, and went on to tour with his idol for over 30 years.

Frampton came out and told some amazing stories about his childhood schoolmate and chum, David Bowie, and then started shredding some of his signature hits like Do You Feel Like We Do from the massively successful Frampton Comes Alive album, and one of his earliest hits from Humble Pie. But the song that brought down the house was Frampton’s tribute to the late Chris Cornell from Soundgarden. Frampton lit the room on fire with Black Hole Sun, and at one point even sang the chorus through his iconic talk box while playing the long lost guitar from his Comes Alive days that was recently found 30 years after being stolen.

The lights came up and the stage struck as we all walked out with our ears buzzing and our hearts singing. Another amazing NAMM Convention soon after came to a close. Thanks to Headliner for inviting me to cover this event; can’t wait to see who we’ll get to see next year.

Review by Will Hawkins