Eight-time Tony and Olivier Award-winning/nominated sound designer, Gareth Owen – whose company, Gareth Owen Sound, is now deploying d&b’s Soundscape on over half of its shows internationally – reflects on risking it all on the once unknown immersive audio system to save Andrew Lloyd Webber's musical, Starlight Express.

“One of my earliest memories is of my dad, who was a teacher at school. He used to do the lighting, and I remember the lighting desk – which I thought at the time was absolutely huge, but I imagine actually must have been completely tiny,” recalls Gareth Owen.

“He would be pointing lights around and asking me to help with the faders. I never had any intention of getting into theatre or indeed sound as a career. In fact, my parents were quite keen to dissuade me from that – they were, like ‘get a proper job; be a doctor!’”

Whilst at sixth form college, Owen began working in a nightclub, where he looked after the lighting – “just disco lights, mirror balls and pin spots” – and when a new owner took over the place, he wanted to put on live music two nights a week.

“He said, ‘here’s a load of money to go and sort out whatever it is we need to do that’. I knew a little bit about speakers and amplifiers because as the lighting person in the nightclub I also looked after the speakers, but it was rudimentary knowledge to put it mildly! Suddenly I was tasked with the idea of mixing half a dozen bands every week. I didn't know anything about it!

"So I went and bought a book called Live Sound and went from there. Nobody in there really had the first idea about what good live sound was supposed to be, which was good, because I didn't,” he laughs. “So I got to learn in an environment with half a dozen different bands every week in an environment where nobody knew any better. So it didn't really matter how bad it was! I just got all this practice time to learn to be a sound engineer.”

From here, he secured work experience with Birmingham's SSE Audio Group which lead to working at festivals such as Glastonbury, Reading, Party in the Park, and T4 on the Beach, and eventually mixing acts such as Def Leppard, The Stereophonics, B B King, The Spice Girls and The Rolling Stones. Owen’s theatre career began when he was invited to mix musical The Blues Brothers, which was running at what is now the Trafalgar Studios in London's West End.

“I didn't have didn't have a lot of money at the time, and I didn’t know much about what I was being asked to do, but I said I’d do it,” he recalls. “I bought a tent from Argos and I lived in the band's garden and paid them a sum of about £25 a week to use their toilet, the kitchen, and maybe watch their TV every now and again.

"I spent the whole summer mixing The Blues Brothers as the head of sound in a West End musical, even though The Blues Brothers wasn't really a musical, and even though I had absolutely zero credibility to be head of sound! Somehow – almost overnight, I became a musical theatre sound designer, and I realised I enjoyed it a lot more than rock and roll.”

From here Owen was offered a job as sound designer for the UK tour of Stephen Schwartz' musical Godspell, and then went on to design a number of shows in a freelance capacity (notably Richard O'Brien's The Rocky Horror Show and Cole Porter's High Society), before joining London's Orbital Sound as a full-time sound designer. 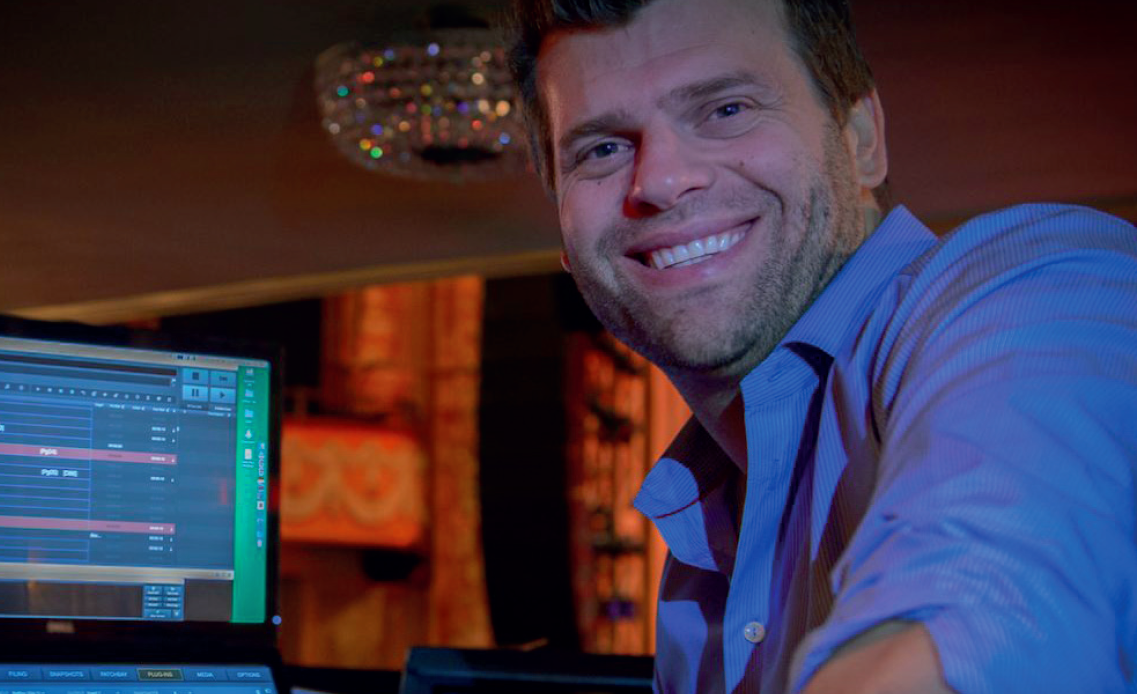 Soundscape requires a complete rethink about how you do your show, and that is a bold move for people to make.

Reflecting on the difference between rock and roll sound and theatre sound, Owen says it’s a big topic that opens up a lot of questions:

“There are fundamental differences between the way theatre sound works and the way rock and roll sound works. For rock and roll, the person who is responsible for the sound of the show is basically the person standing behind the mixing desk. They're assisted by other people, but basically the person who is responsible for how everything sounds is that person standing behind the desk.

"Theatre isn't like that. The person who's responsible for the sound of everything, including the on-stage monitor, mixing, the band and the cast is the sound designer. All of the cast members wear omnidirectional microphones generally hidden on their heads, or maybe they've got little mic spots on their mouths – but they're all wearing a microphone.”

With 30 or 40 people on stage all wearing mics, it only takes a basic understanding of sound engineering to know that if you open up all of these microphones at once – problems can easily arise:

“Exactly! You’re going to get this horrible, nasty cancelled sound with comb filtering all over the shop. So one of the earliest principles that musical theatre sound design developed is a concept called line-by-line mixing, which is where you programme the desk using extensive VCAs and you have to actually follow the script. The person behind the mixing desk is turning the microphones on and off in line with the script.

"So if characters are having a conversation and one speaks, their mic goes up, then down again – so it’s really important that everybody does what's in the script. As a result of that, it’s a full time job for the person behind the desk.

In late 2009, Owen parted ways with Orbital Sound and set out to form his own company, Gareth Owen Sound, which has gone on to entertain over 30 million people with its sound design across shows all over the world including on Broadway, in Las Vegas and in London’s West End. 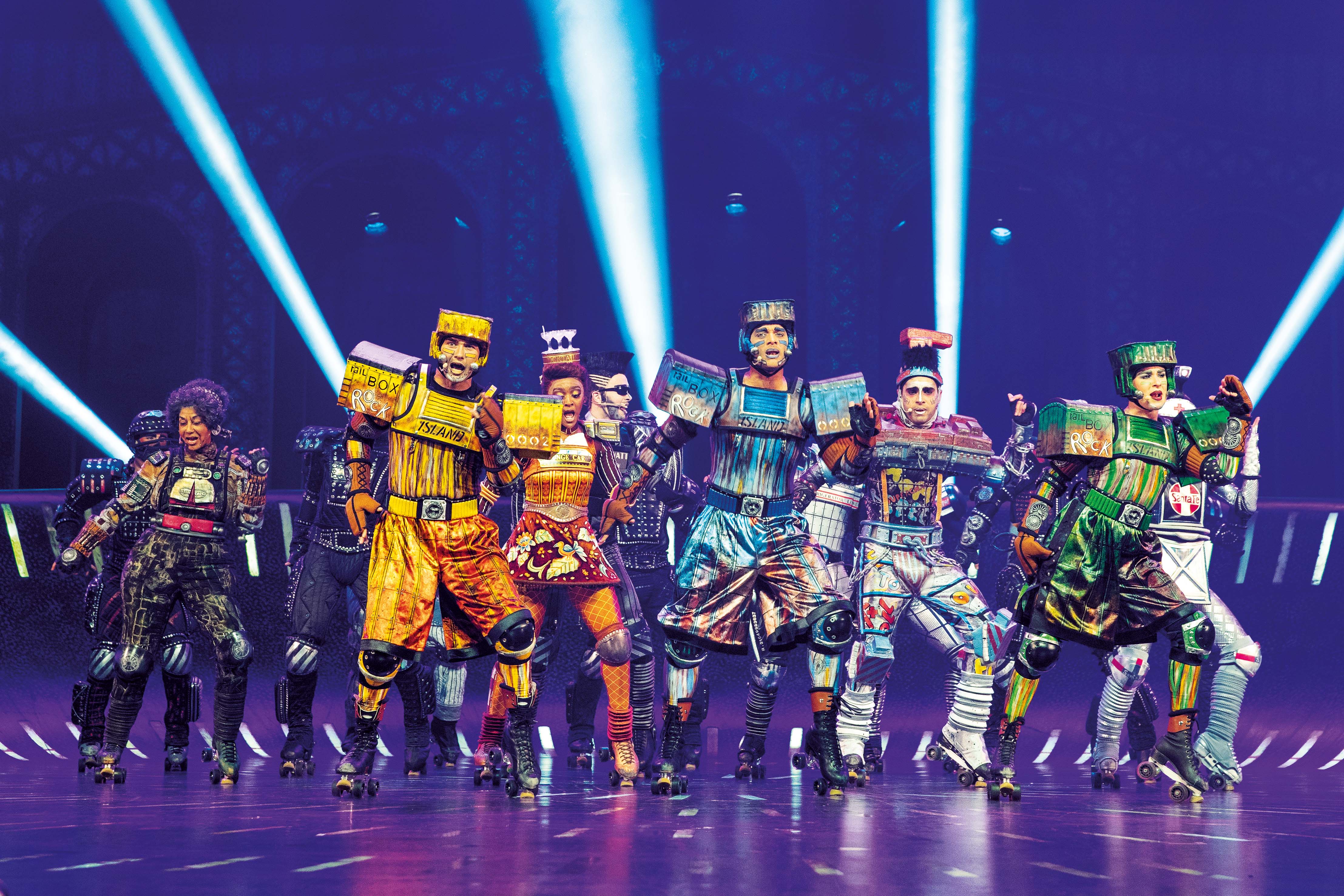 Today, Owen is an eight-time Tony and Olivier Award-winning/nominated sound designer that has worked with a number of notable composers, including Alan Menken, Andrew Lloyd Webber and Stephen Schwartz.

Owen has always prided himself on being at the bleeding edge of technology – “for better or for worse!” – and Gareth Owen Sound is now deploying d&b Soundscape on over half of its shows internationally.

“I've always been very nervous about being left behind and waking up one morning and discovering someone else's doing something really cool,” he admits. “To counter that, I have a reasonably strict rule about only ever using one new piece of equipment or one new piece of technology.”

Owen couldn’t help but pick up on the fact that his peers were talking about d&b’s immersive audio solution, and even though he wasn’t entirely convinced about it at the time, he couldn’t resist finding out more when he discover that Orbital's Sebastian Frost was checking it out:

“There’s a healthy competition between us, although I would hasten to point out I also consider myself to be an extremely good friend of his,” he adds. “He’s such a smart guy, so I thought, ‘okay, if he’s using this, I might need to sit up and take notice’.

"So we made what is arguably one of the bravest choices that I've made in my career, which was to do Soundscape for Andrew Lloyd Webber's huge musical, Starlight Express in Germany. Even non-theatre people have heard of Starlight Express: everybody flies around on roller skates and the whole space is one huge racetrack.”

It turns out that the production in Bochum, Germany was using the original 32-year old sound system, which when inspected by Owen, fell well below the required standard:

“Bits had blown up or didn't work properly anymore – it was a total hodgepodge of different stuff. Andrew went to see the show and he got really cross about it, because he's very particular about sound. He threatened to close the whole show down. He told a wonderful story once about when he was listening to the songs: he didn’t recognise what they were playing. He said,’I don't know what this is, but I didn't write this’. So he went down to the orchestra pit at the intermission, and he said to the musicians, 'Can I see the scores that you're playing with please?’ They said, ‘we don't know where they are; we've been playing the show for 30 years, so we don't really need the score...they might be in storage somewhere.’

"He said, ‘if you don't have scores and you've been playing it from memory for 30 years, I think it's reasonably safe to say you're not playing my score anymore’. So he rebuilt the show, redid all the music, and redid the whole sound system.”

Owen was convinced that Soundscape in a semi-arena format would be the perfect solution for the refreshed production:

“It made sense, but it was a very either brave or stupid choice, depending on your point of view!” he laughs.

“With hindsight, it was great, but at the time, knowing how particular Andrew is about sound design and how we were basically going to use a completely new untried sound system design....” he trails off. “Against the better judgement of all of my team – who told me I was absolutely insane – we made it work.”