Following the release of his much lauded second album We’re All Alone In This Together in 2021, London grime icon Dave embarked on a major UK arena tour including two nights at London’s O2, where the show’s sound was delivered by d&b audiotechnik’s SL Series.

“I’ve been involved with Dave since his Game Over EP tour in 2018,” said Charles Bidwell, FOH engineer. “This is our ninth tour together and it’s been a really significant step up to an arena show - but as always, my goal remains the same. I need to accurately represent his studio recordings in a weighty live environment; the audience are there to hear every detail with impact, so clarity and headroom from the PA is paramount. I want everyone to leave having understood every bar – Dave’s lyrical content, wordplay and delivery is world class, so both audience and artist deserve that.”

Bidwell is a long-time d&b audiotechnik user, opting this time for 16 of the pro audio giant’s GSL12 three-way line array loudspeakers for the main hangs, with 14 KSL12 loudspeakers for sides, while front fill was handled by six Y10P point source loudspeakers. Twenty SL-SUBs were employed for the deep lows, with another eight KSL loudspeakers utilised in each of three delay hangs to provide ample coverage. The d&b inventory for the tour was supplied by d&b partner SSE Audio, part of Solotech.

The KSL and GSL systems are part of d&b’s SL-Series, which is described by the company as the only modern line array system able to achieve horizontal directivity control over the entire audio spectrum. Through its cardioid dispersion pattern, it is designed to deliver quieter stages for performers, maximum clarity and power for the audience, and minimal noise for those beyond.

“I need to glue all of these musical elements together into a show that flows perfectly from track-to-track and then make sure that Dave’s vocal is placed front-and-centre. With the SL-Series, there’s a real sonic transparency out of the box and the workflow is fantastic, so it makes a tour of this scale as straightforward as possible. The ArrayCalc simulation and R1 remote control software are extremely powerful and flexible tools. The PA flyers were using the ArrayCalc Viewer app on iPhone to quickly reference the ArrayCalc design specifications on the fly. It works brilliantly, so once everything is designed correctly in ArrayCalc, when you unmute the SL-Series you’re immediately presented with the clarity and raging power that d&b are known for.” 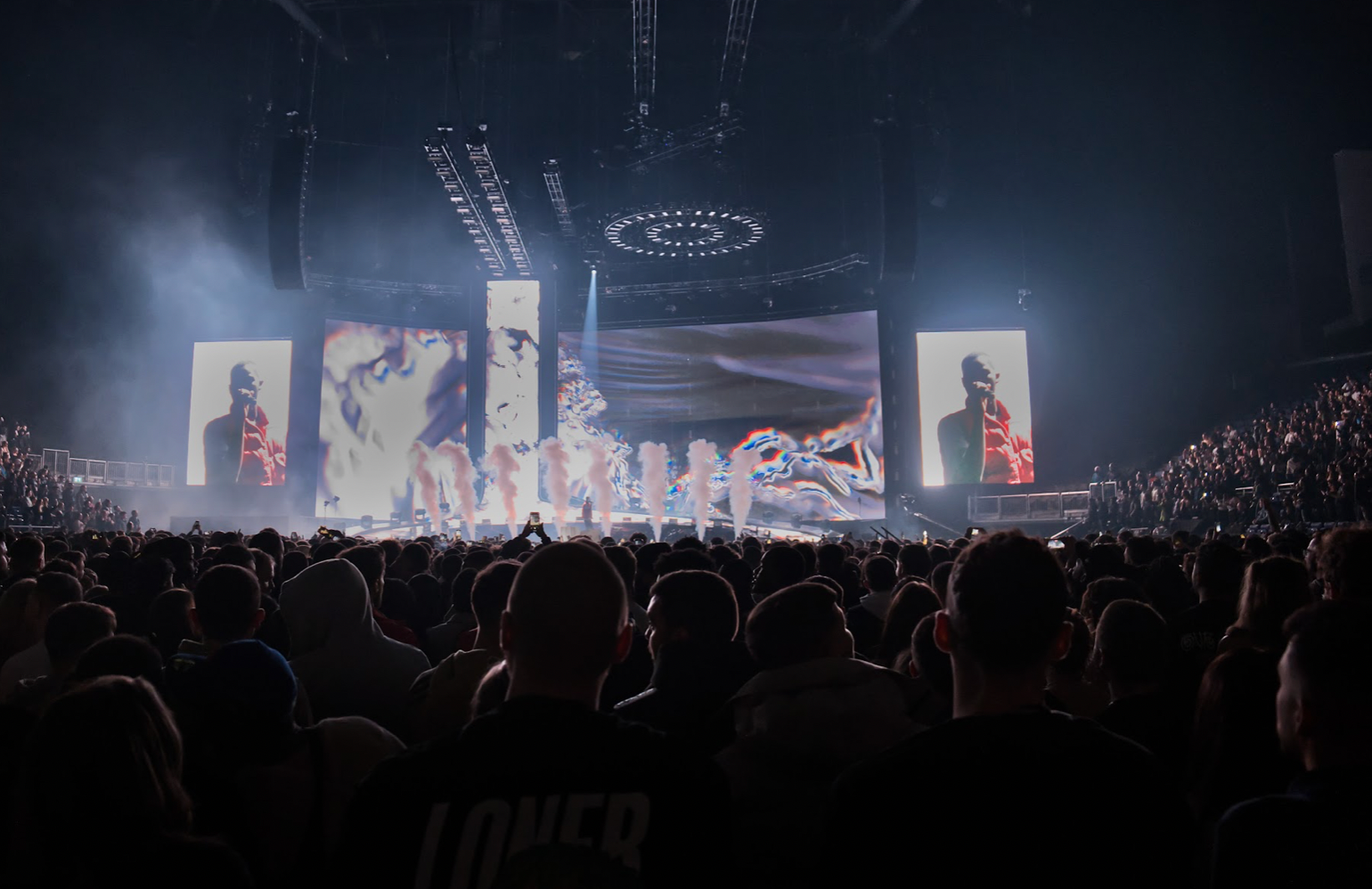 The ArrayCalc Viewer app provides data such as splay angle, amplifier channel ID and cabling information, flying frame height and the height of the lowest edge, frame angle, horizontal aiming, Pickpoints, weight and load status. Changes to the system design can be distributed to each user immediately.

“The integration of the system and the software is key to delivering the kind of consistency we need on a tour of this scale,” Bidwell continued. “It’s one thing being able to get one venue to sound great, particularly if you’re doing multiple nights there. But to be able to move around the country and know that the experience you’re giving the audience doesn’t change is really important. I trust the SL-Series to deliver and that’s a huge thing - there’s so much else going on that being completely confident in the system I’m using is crucial.”

Due to the often complex logistics of an arena tour, the practicalities of rigging and flying the PA are also a crucial consideration.

“The fact that you get so much power from a relatively compact form factor with the GSL boxes makes them very “tour-friendly”,” added system tech Rich Kemp. “It’s pretty remarkable really. We could forklift them on and off the trucks with no messing around and were often the first department finished and ready to go.

“We ran the GSLs in compression mode and the arrays were very quick to get set and fly. They go up very fast, which is always really welcome on big tours like this where there’s so much going on at each venue.”

Summing up his thoughts on the tour, Bidwell concluded that “it really doesn’t matter where you use d&b, the core experience is the same. Incredible power balanced with exceptional clarity, no matter the setting - so it’s easy to scale up and work in the way that suits you. The support from d&b is unmatched too. The company really understands the relational side of the music business and always go above and beyond with training and advice. Alongside the performance of the SL-Series, that really made for a thoroughly rewarding tour”.