Headliner chats to P!nk's long-time monitor engineer, Jon Lewis about his route into the live sound industry, how he's spent his time during the lockdown period, and why when it comes to consoles, it's always got to be DiGiCo.

Like many sound engineers and musicians at the moment, Jon Lewis admits that while he’s been keeping himself busy with jobs around the house, he’s been dragging his feet a little bit this year, and wishing he was back out on the road touring.

It’s the first time he’s been routed in one place for such an extended period of time, and he says that while he was initially like a fish out of water, he’s getting used to it now:

“The garden’s looking fantastic,” he beams. “I take a lot of pride in my lawn, which the dog seems to want to dig up constantly. Besides that, I’ve just been pottering around the house, spending time with the family.”

Alongside touring, Lewis has another side to his business which sees him looking after a number of new bands - facilitating their online sessions and getting them into the studio to record - something he’s been getting more involved with recently:

“Initially people were doing [live streams] from their own houses, so it was a matter of scrambling equipment round to them so they could do little acoustic sessions, which was really cool as well. It was nice to go back to basics and put little packages together, and explain to people how to plug them up - like going back to school in some respects!”

P!nk is one of those artists who is touring relentlessly for months, sometimes years at a time, which must be pretty intense for Lewis and the rest of the crew.

“For the Beautiful Trauma tour, we did six months of promo which went straight into two years of touring,” he explains. “Her promo shows are always quite spectacular with the theatrical and circus aspects. We’ve done shows where she would fly through the air, and even one where she was suspended from the side of the Hilton Hotel in downtown L.A, all while singing live.

“It keeps it interesting because you’re dealing with different things, from an acoustic set around a nice swimming pool in Malibu, to dangling from the side of a building. The technical constraints are interesting, but it keeps things fresh and helps me stay focused.” 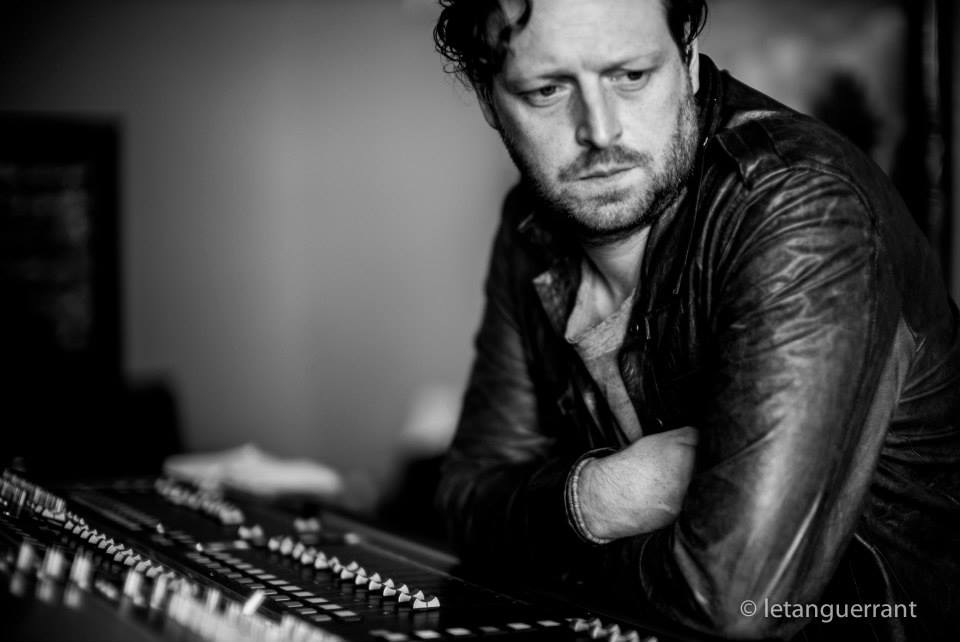 It’s about creating the best possible mix for where she is at any given time, so I always have my hands on the faders.

Lewis joined P!nk’s crew halfway through the previous tour around five years ago, when the decision was made to move to a two-desk setup:

“My fellow monitor mixer, Horst Hartmann has been on board for a long time and he looks after the band, along with any guests that we have coming in. My sole job is to purely focus on her, and her needs throughout the show.

“It's a very family-based organisation, and some of the band members have been there since the very beginning when she was playing club shows, so it's definitely something that's evolved. There’s always a really nice, fun atmosphere and the hierarchy is not that prevalent; it’s good to be part of that.”

So what’s it really like working day-to-day with one of the world’s most active live performers?

“As I mentioned, P!nk is often flying through the air during her shows, so because of the safety aspects and technical needs required for those sort of stunts, everybody has to be supremely focused. They can be really long, full-on days.”

Lewis has mixed monitors for P!nk in some of the world’s biggest stadiums, arenas and festival stages, and I’m curious to know whether there’s been a standout gig that really sticks in his mind.

“We did an Oscars show when it was the anniversary of The Wizard of Oz, so we did Somewhere Over The Rainbow,” he recalls. “It was really interesting to go in and work with the orchestra, and it's quite interesting to see how different, yet how similar these types of award shows are compared to what we're used to with the Grammys or MTVs. We also did the Super Bowl where P!nk sang the national anthem; it was fascinating to see the whole organisational effort around such a massive American event, and it was brilliant to be a part of that day.”

Lewis proceeds to summarise the details of his relatively complex monitor setup:

“Obviously we have the desk split issue, with P!nk on one desk and the band on another. A Yamaha Rivage PM10 is used for the latter, and I use a DiGiCo SD7 for P!nk along with Dave Bracey at front of house, with whom I share a network. Being able to share inputs allows us to bounce stuff back and forth to each other at the click of a button - whether that be backups or FX - which is a great feature of being on the same network.

“I used D5s before, and so it was a natural progression to move on to the SD7 - DiGiCo has always been my desk of choice. I’m used to the layout of the surface and its structure, and no matter how complex or simple you need things, you can always create a workflow that works for you. I use the internal FX on there, and normally have one or two external reverbs for vocals. I use the Bricasti M7 for that, and then everything else is done in the board, apart from a multiband compression on the output just to allow me to tidy and polish things up.”