It turns out that after well over a year of claustrophobic lockdowns, social isolation and the rest, the remedy we so sorely needed was being in a smelly field with thousands of strangers, watching bands and artists back to back. With Glastonbury dropping out way back in January, Latitude’s organisers held firm and fortune favoured the Suffolk festival. So with nice weather, 40,000 beaming revellers, and a career-defining set from headliners Wolf Alice, one can only hope this is the gigantic boost the UK music industry needs so desperately right now.

In another summer where many big-name festivals and events have had to make the very tough decision to sit a second year out, understandably Latitude, which always seemed confident about going ahead, received many anxious messages from those with tickets.

So when the event finally announced it had the green light, Headliner headed up the A12 for its opening Friday to see how a large-scale music festival looks in this post-Brexit, vaccinated landscape.

If the music industry, which truly has taken a brutal pounding, needed some luck, Latitude 2021 was certainly the recipient of it. In terms of timing, June was too soon for Glastonbury, whereas late-July fell into the so-called ‘freedom’ period in the UK.

As well as luck, Melvin Benn, the director of Festival Republic, is reportedly quite friendly with the UK government, which would have helped no end in getting Latitude its ‘test event’ status, in order to help event research that one can only hope will get the rest of the live music scene up and running as soon as possible.

Festival Republic also ran the Download Pilot festival, which was deemed a success. Small music venues and theatres will understandably complain they are not getting such luxurious treatment, but here’s hoping this success trickles down to those who have really struggled with closures and mixed messaging.

So to answer the question of how a festival looks in this brave new world, Latitude’s lineup poster certainly offered a lot of clues. Firstly, it’s one of the most British lineups you’ll ever see for a festival that sits happily in the tier of big festivals just below the godfather that is Glastonbury.

Let’s pray this is mainly down to travel restrictions rather than Brexit. But with news emerging about how the EU divorce is going to heavily restrict touring between Britain and the EU, a cynic might tell you to get used to it.

On arrival in the stunning surroundings of Suffolk’s Henham Park, there’s a palpable sense that people are quite overjoyed to be out of the house and the fact such an event is happening this year.

A sentiment shared by Barney Artist, who told some of the day’s earlier attendees in the BBC Sounds tent: “I promised myself I wasn’t gonna cry today!’

The emcee is one half of side-project Mr Jukes and Barney Artist with Bombay Bicycle Club’s Jack Steadman. The pair’s uplifting old school hip-hop sounds that feature bass guitar and vocals from Steadman, and Barney Artist’s ultra-positive lyrical messaging make for the perfect musical breakfast on this opening day.

Was it worth sticking a swab down your throat and up your nose for, or getting home at 4.30am the morning afterwards? Yes, yes – god yes.

Another thing to be resoundingly celebrated regarding this lineup is what appears to be many more female artists than usual. A sizable crowd gathered over at the Lake Stage to celebrate Dublin’s Lucy Blue, in a weekend where the Irish acts are about as exotic as you’ll get.

The 19-year-old bedroom pop singer, songwriter and producer, along with her guitarist and drummer, enchanted the audience with her modest charm and an assured setlist that contains songs such as Taxi Driver, with quality that shows huge maturity for her years.

The BBC Introducing stage was well worth a look this year, particularly when the stage opened with Sheffield’s all-female act Before Breakfast.

Founded by friends Gina Walters (vocals) and Lucy Revis (cello and backing vocals), the quartet immediately established quite the rapport with the mostly seated audience in a wooded corner of the site. Not too hard when songs such as Brush My Hair (And Tell You That You Love Me) show more than enough promise for bigger stages to come.

What followed was a bit of a sprint down the hill to the imposing main stage, the Obelisk Arena, to see rising star Beabadoobee. The Philippines-born, London-raised artist draws a very Gen-Z looking crowd, most likely thanks to her song Coffee being used in millions of Tik-Tok and Instagram videos. It’s largely a rocking set that gets the early-evening crowd jumping with new singles Last Day On Earth (co-written with The 1975) and Cologne among other favourites.

As dusk settled in and the excitement for the headline set grew, there was the small matter of Brighton’s Squid to deal with. Among the surprisingly small number of all-male acts on this particular day of the event, the band gleefully get one of the largest mosh pits going with their deft blend of heavy drums, synthesizers, trumpet, very shouty vocals, and a number of other things that sound entirely bonkers on paper but deliver gloriously fun results in real life.

Big singles such as Paddling are the kind of songs where you can’t consciously pull out your best dance moves to — instead, you find yourself gyrating maniacally to the band’s mad, pounding rhythms. One to watch is an understatement. 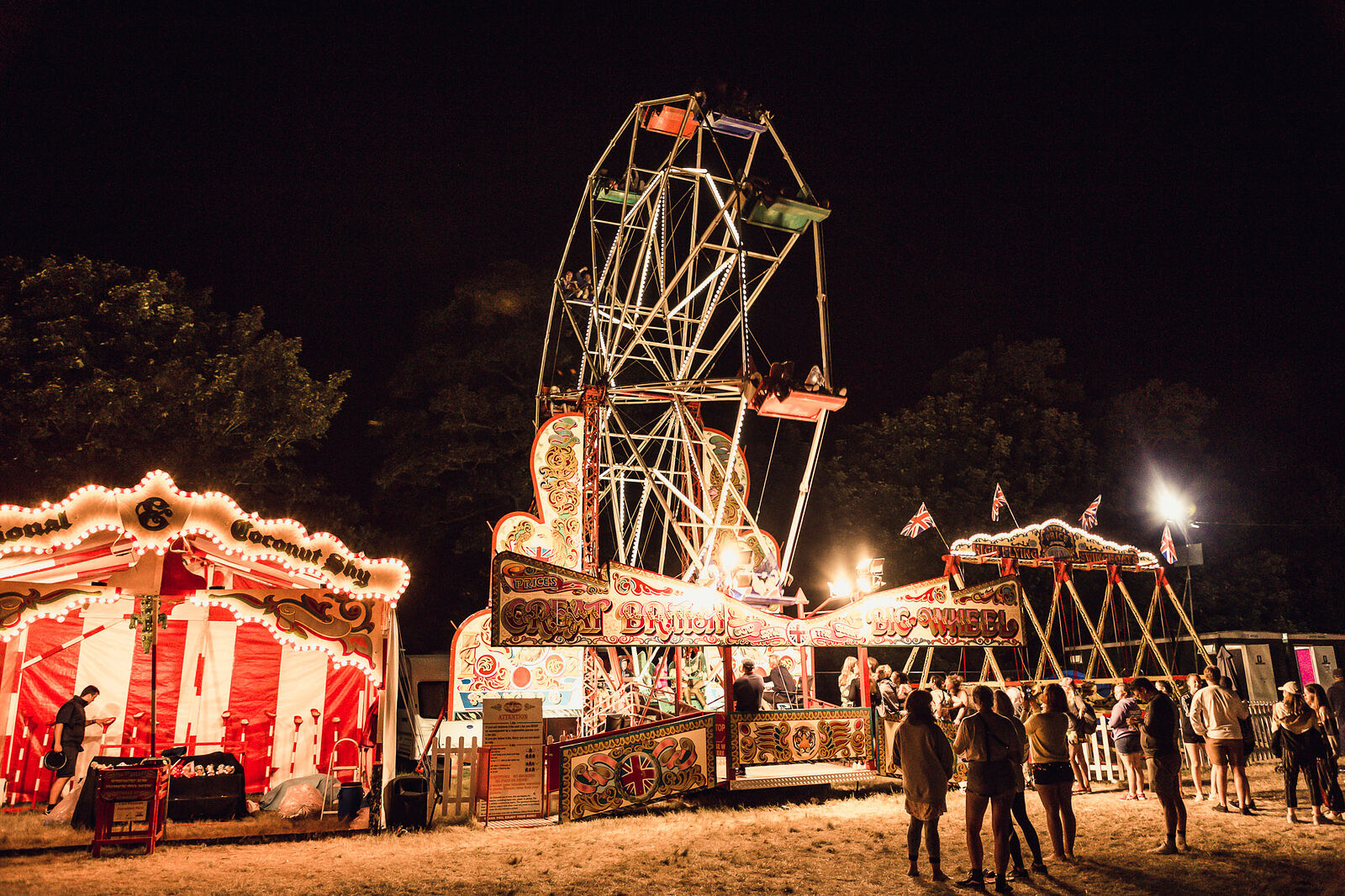 Vital, immediate and quite exquisite, the headline set offered up by Mercury Prize winners Wolf Alice was that euphoric moment of unity people had been missing so badly, and more.

Resplendent in their black outfits, the North Londoners took the stage to deafening cheers and immediately lapped it up as they tore through a set with such brilliance, it’s hard to believe they recently released only their third album, Blue Weekend (earning them their second Mercury Prize nomination).

And if girl power had been the theme of this opening day, this set surely confirmed that Ellie Rowsell is among the best leaders of any currently living band in an absolute powerhouse of a performance.

She was equally as potent in the fragile acoustic moment in Safe From Heartbreak (If You Never Fall In Love), the spoken-word of Don’t Delete The Kisses or the visceral energy of Play The Greatest Hits. Not that her bandmates don’t deliver, with the mega-riff ending of Giant Peach offering the kind of profound emotional release you can only achieve at a gig.

Theo Ellis draws a huge roar from the gigantic crowd with a cry of “we’re all out the house!” As does the hour-long set’s closing numbers, their prog masterpiece Visions Of A Life and the perfect finality in the irresistible singalong of The Last Man On Earth.

All in all, was it worth sticking a swab down your throat and up your nose in order to provide a negative Covid test for, or even getting home at 4.30am the morning afterwards? Yes, yes – god yes.

That hyped up ‘freedom day’ may have felt somewhat hollow, but the kind of beautiful freedom that a music festival offers up felt so real and genuine here.

Nobody can claim to know what’s next, but let’s enjoy this moment at least.