Lockdown hasn’t stopped Kraftwerk’s FOH and monitor engineer from using d&b’s immersive Soundscape solution. Serge Gräfe paints a picture as to why he has installed ‘a small system’ in his living room.

Serge Gräfe should be in Italy right now as touring FOH engineer with Kraftwerk – on what would have no doubt been a spectacular celebration of the band’s 50th year together, but instead lockdown has meant that he is now spending lots of time at home in Hanover, Germany.

“I started working with them in 2005,” says Gräfe, who is Kraftwerk’s monitor engineer as well as assuming FOH duties. “I was hired as a system engineer on their tour. My first gig with Kraftwerk was in Skopje in Macedonia, where the production manager was also the monitor engineer. He said, ‘Hey, as you're here right now, you can do monitors as well!’

Gräfe then found himself in the unique position of overseeing the entire production, also assuming more of a sound designer role along the way as the technology developed.

“Back then it was a combination of me and the old FOH engineer,” he remembers. “He would be planning how he wanted the rig to be hung and I was doing all the mechanics. Then I went to the monitor desk to do the soundcheck and the show.”

Back then, the team were using d&b’s Q series, which he recalls was a very easy setup:

“Of course you had to do measurements for phase and delay and a little bit of tuning for the room, but in the end if you have a good system and you're organized, it's easy to handle.”

Before finding his Kraftwerk calling, Gräfe got into audio by accident whilst still at school:

“My girlfriend at the time was playing violin in a band, and I was in the rehearsal room playing. I saw that there was a mixing desk, and I was playing around with that. One of the musicians said it sounded much better than before, and could I do the next gig. I said, ‘Of course, it's easy!’ Then I learned it's not so easy,” he laughs. “This is how it all started!”

Moving to FOH for Kraftwerk in 2009, one of Gräfe’s first shows in his new role was a co-headlining Radiohead / Kraftwerk concert in South America.

“That was pretty amazing! Then the production became bigger and more specialised. With Kraftwerk we are a small team and we help each other out. It's very integrated; the lighting guy knows a lot about audio as well.”

This family atmosphere has been instrumental in ensuring the success of Kraftwerk’s live shows, with an inbuilt trust quickly developing between all team members making the shows happen.

“It’s very important to work like this all together,” he agrees. “Because we are also playing smaller venues, or in a nice theatre, or somewhere historic where you have to fit everything into the venue. You have to talk a lot and work together to make it happen.” 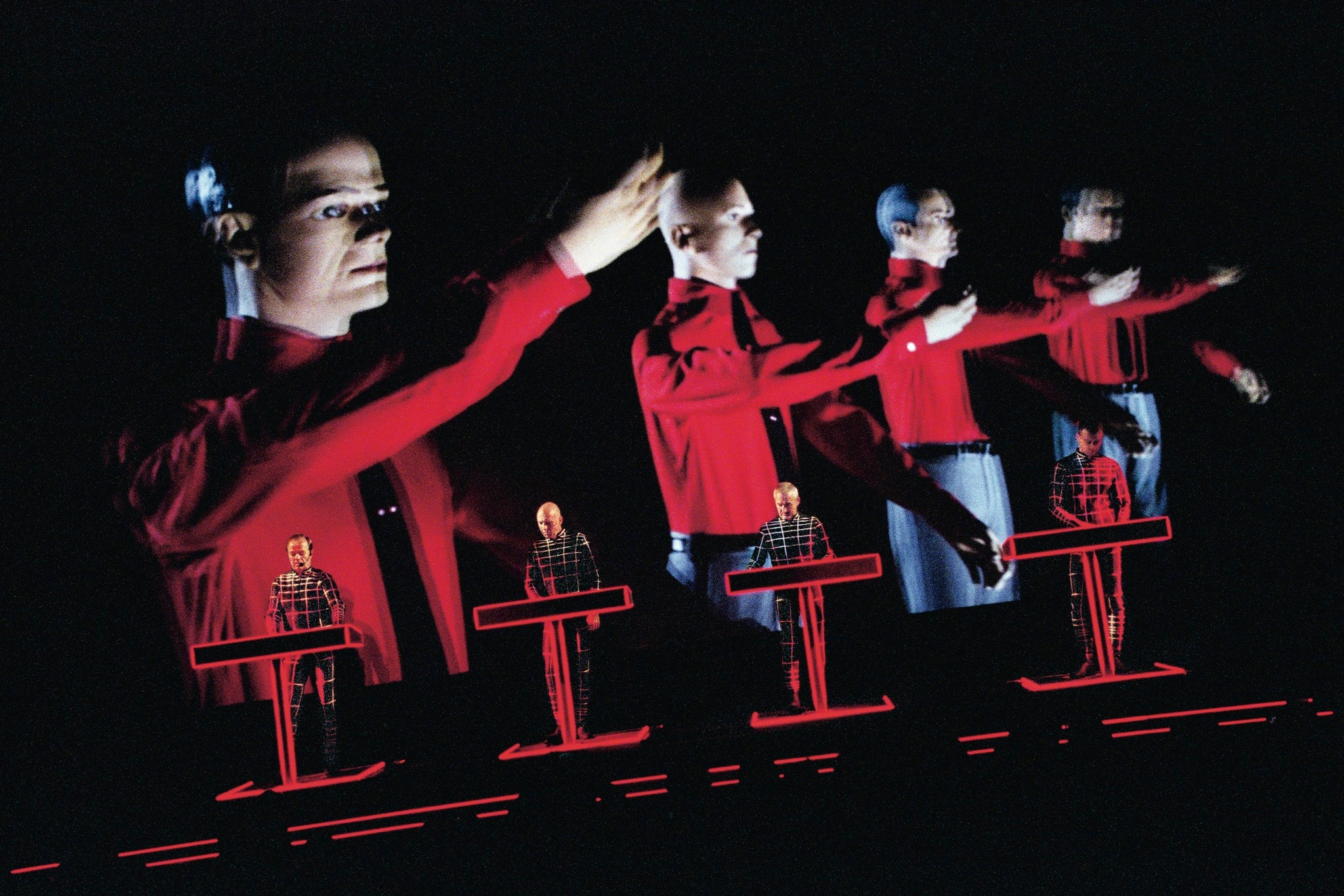 I think immersive is the future of sound enforcement.

Although a long time d&b user, Gräfe was first introduced to d&b’s Soundscape system in 2012, doing his first Soundscape show with the band in a club.

“We stayed there for four days, looking up what we could do with our setup. Then we found the way to work it and it evolved from there. So after a few years, we rebuilt our whole stage set, audio-wise and network-wise, and also for all the video stuff. It was a big evolution.”

Whereas a stereo image only fully works for the fraction of the audience positioned on the centre axis between left and right sources, d&b Soundscape is designed to deliver an audio mix without loss – to every audience member. Vocals, keys, drums, guitar – every element is heard, representing their ‘true’ location on the stage.

The core of the d&b Soundscape is the DS100 Signal Engine, a high-performance audio processor with Audinate Dante networking and a 64x64 level and delay matrix with extensive in- and output processing. The full potential of d&b Soundscape is accessed via two optional software modules which together form a powerful toolkit for sound designers: d&b En-Scene and d&b En-Space. Both are accessed via R1 Remote control software.

Meanwhile, d&b’s En-Scene is a sound object positioning tool allowing the individual placement and movement of up to 64 sound objects. It accurately depicts stage scenarios so that each sound object corresponds both visually and acoustically, meaning the entire audience hears what it sees – and vice versa.
For Gräfe, the system was a complete game-changer:

“Soundscape has evolved a lot from 2013 until now, but we were there together with the band, and they were listening to that first system. They were so amazed about the possibilities and the sound that it can drive all around you. And it's the same for nearly everybody in the audience. They were really impressed, so we decided to go that way when it was possible to do it.”

Being hailed as the innovators and pioneers of electronic music, naturally, Kraftwerk’s shows are something to behold. Gräfe went on to mix all of Kraftwerk’s recent ‘3D’ shows, allowing the pioneering German outfit to continue to push the boundaries of audio and video – quite literally.

More recently, Gräfe has been working with a Soundscape 180 system on Kraftwerk’s UK and Eastern European tours, which he takes real pleasure in:

“What I love about this is I'm doing a mix that’s nearly the same for everybody in the audience,” he enthuses. “When I'm using object-based mixing, it works much better for most of the audience. This is what I really love: that you can have things happen where they're meant to happen in the mix regarding position.”