The National Lottery – one of the biggest funders of culture in the UK - will contribute £1M to directly underwrite the touring and production costs of over 300 live performances this summer, enabling the grassroots live music industry to start promoting shows again in the knowledge that the upfront costs associated with touring are covered.

The Revive Live Tour will run throughout the summer and will see a diverse range of headline artists including Olivia Dean, Twin Atlantic, The Magic Gang and The Futureheads perform at hundreds of grassroots music venues throughout the country. More than 20 tours will be taking place, once venues are able to open, in line with government guidance, with National Lottery players having a chance to gain access to every show for free.

A recently conducted live survey of music fans shows that the majority are now ready to return to live music, with over 75% ready to attend shows immediately. The results of this survey indicate that enthusiasm for live music has been intensified by the crisis, with one third of gig-goers saying they will attend shows more frequently than they did previously.

Up to 30,000 tickets – or around half the capacity of these shows – will be gifted to National Lottery players, giving music fans the opportunity to get back to live gigs as soon as possible.

Tickets for the Revive Live Tour go on sale on Monday July 12th from 8pm. 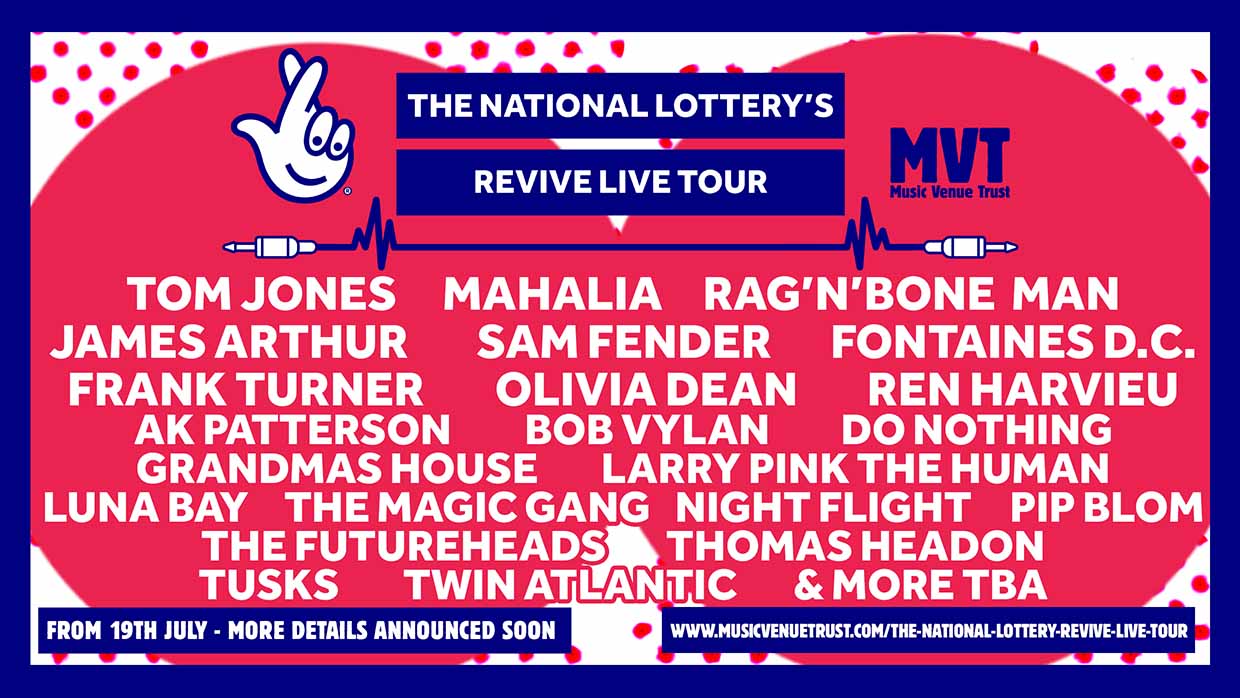