Optocore Goes All Out For The MCG

Munich based Optocore has been providing fibre optic based networks for the transmission of audio, video and data for over 20 years, setting new standards in digital network technology. We discovered how the manufacturer has brought true connectivity to The Melbourne Cricket Ground following a substantial upgrade to the 100,000 seat stadium.

A major Australian cricket venue recently saw its PA system completely overhauled as part of a AUD$50m revamp, with a number of pro audio brands — including fibre network specialists Optocore — serving a vital role in the implementation. To give an idea of scale, more than 3,000 speakers now populate the seating bowl, function rooms and VIP suites, atria, internal concourse areas and exit gates.

The overall budget included an AUD$25m contract for the new site-wide PA, transport and connectivity, spearheaded by Australian sound & AV consultants Auditoria who conceived the system, and Diversified, who undertook the complex integration at the MCG.

Conversations with Auditoria began after it was decided that the 14-year-old existing PA system no longer met audience expectations. Diversified then provided the winning bid for the tender of the new design’s integration, and following a year-long project, the installation was completed in time for the first Test Match on Boxing Day 2019.

The design uses two signal transport systems — one for DiGiCo and one for Q-SYS. The mixing system for the seating bowl comprises a DiGiCo SD9 with two 4REA4 mix engines.

The local I/Os in the control room are connected to an SD Rack and the interface to the broadcast is via Optocore devices for MADI and AES-EBU connectivity, while the additional I/O is provided by Optocore X6R-FX-16AE-SRC (AES/EBU) and DD4MR-FX (MADI) interfaces.

On top of that, portable DiGiCo input frames can be deployed around the stadium for live entertainment, and in three locations are connected back to the control room via a pair of Optocore AutoRouter 5 intelligent fibre patchbays.

Auditoria co-designers Scott Willsallen and Luis Miranda designed and engineered the systems and specified all componentry and connectivity, with the latter managing the project and being joined later on by Justin Arthur for the commissioning process. 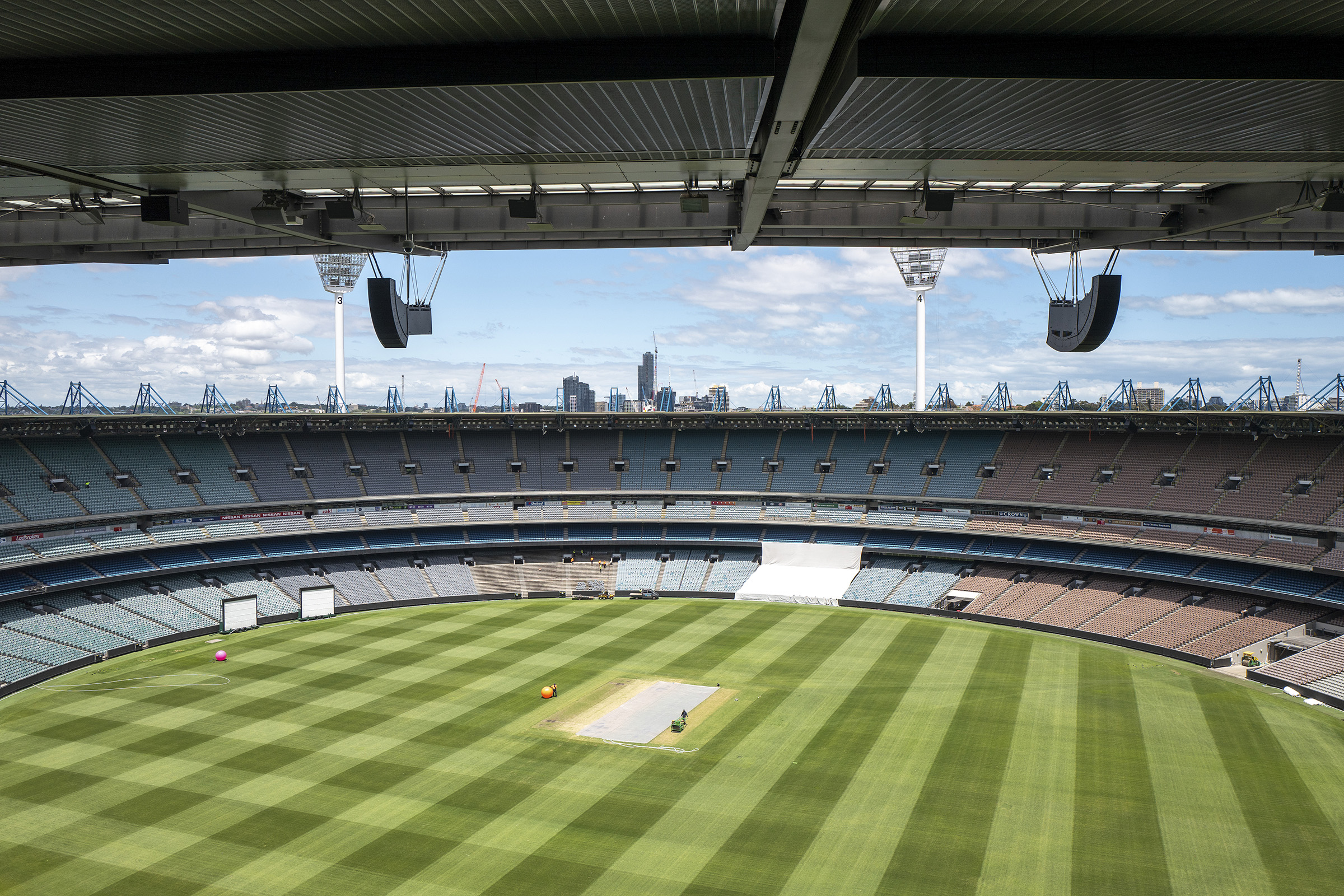 It made sense to include the Optocore router to automate the switching, which has proved faultless.

“The racks can be deployed as needed and connected to the local connection point,” explains Willsallen. “The AutoRouter makes the link to the network and the racks appear on the console. It’s very flexible and easy to use.”

While the Q-SYS environment uses the proprietary Q-LAN networking over the stadium infrastructure, lack of MADI connectivity resulted in the designers turning to the Optocore solution. The maximum 504 channels available on the DiGiCo / Optocore loop are all in use:

“This expanded the DiGiCo capacity and the Optocore network devices gave us huge scope for inputs and outputs that could easily be patched from the console with the final link to Q-SYS via dual redundant AES/EBU connections,” Willsallen adds.

The Optocore DD4MR-FX also provides interconnectivity with the video screen systems for audio from video playback machines, as well as providing MADI connectivity for overlay systems.

“The inclusion of the Optocore devices allowed us to interface with the broadcaster’s video and audio system via MADI and AES. It also allowed us to expand the system and tie setup and operation into one streamlined system,” says project manager Daniel Woodward.

Optocore’s AutoRouter had only become available after the systems had been designed, and according to Woodward replaced the original patch bay for connectivity to the portable DiGiCo SD rack field locations:

“It made sense to include the Optocore router to automate the switching, which has proved faultless and a lot more convenient so far,” he reveals.