The Tokyo 2020 Summer Olympics utilised a vast Optocore network for the Opening and Closing ceremonies, representing what is said to be the largest deployment of Optocore audio network devices ever seen.

This was according to Norwest Head of Special Projects, Andrew Marsh, whose company has a long pedigree of fashioning vast digital broadcast networks for spectacular Games Opening and Closing ceremonies, built around Optocore devices.

To give an idea of scale, he says, “The system we provided for our client, Hibino Corporation, comprised just under 1000 audio signals transported on each main and backup network.”

As usual, Norwest duplicated the 21-node system to provide full redundancy. “And we used every one of them,” revealed Marsh, “along with our usual set of HP switches in RSTP, using our spare pairs of fibre.”

These switches controlled the entire audio system at multiple field locations and control rooms. The network design was a collaboration between Marsh himself and John Watterson, Norwest’s Senior System Engineer at the head of a combined team effort. 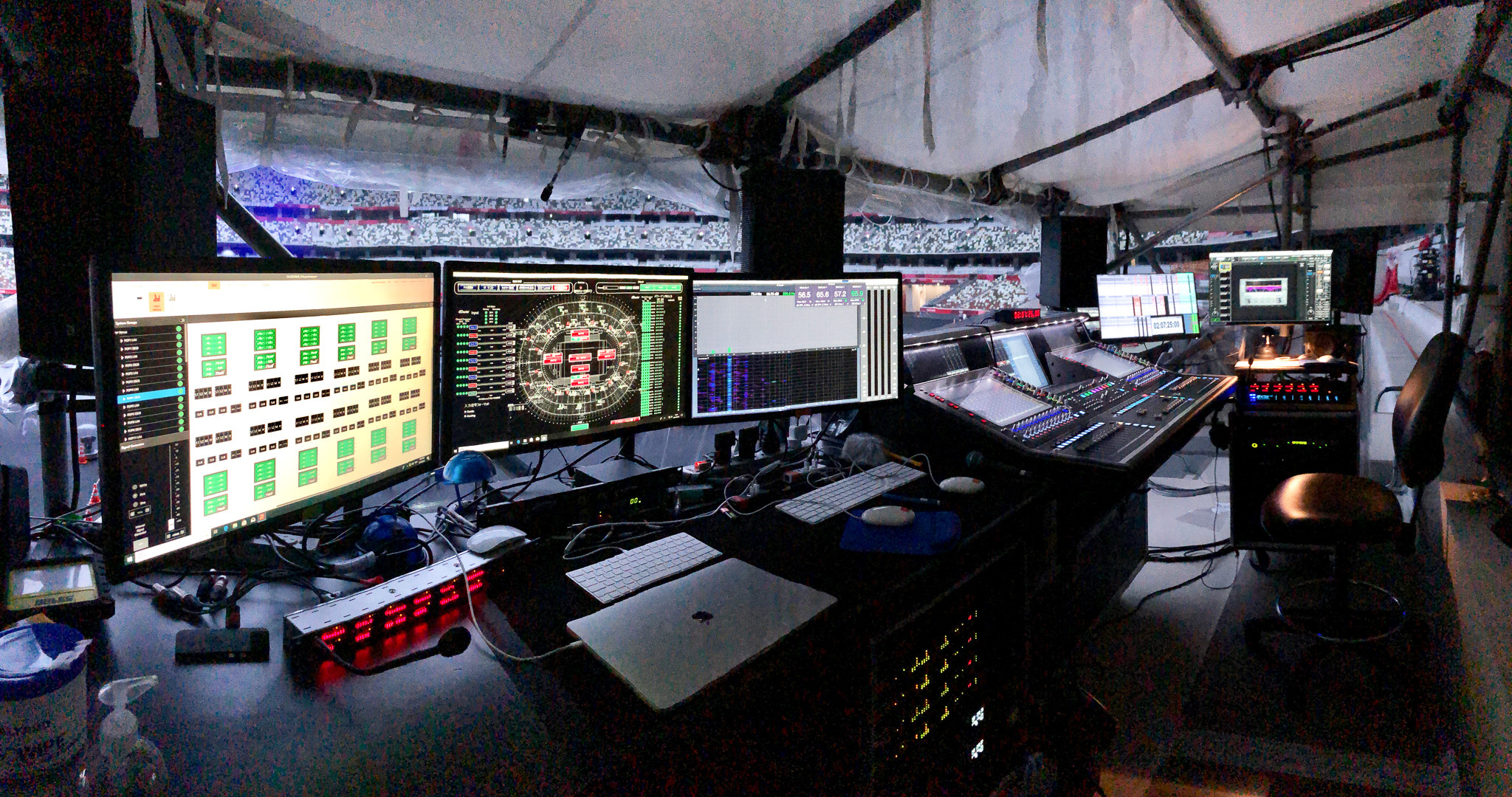 While our networks keep getting bigger they remain reliable and simple.

Norwest, who already hold a large inventory of Optocore devices, expanded further for this event, to include a number of M12-BNC devices among the 50 Optocore interfaces deployed. “These act as the primary MADI devices where signals are routed on and off the network which interlink us with replay devices or other suppliers,” he said. “With the addition of some custom firmware and macros, we were able to switch between main and backup devices seamlessly.”

They also purchased additional X6R-TP-and X6R-FX converters and added Optocore D-SUB cabling. “This was a necessity with our stock of X6R-TP and DD32-R devices where an AES breakout is required. On the output side, this cabling will also feed our Lake processors.”

Delaying the Games by a year, and then staging it under severe COVID restrictions, impacted on the traditional ceremonies which bookend the two weeks of competition. Attendance was scaled back in the Olympic Stadium, both for the athletics parade and artistic elements.

However, there was less compromise than might have been imagined. “In fact the show was largely performed live, with most parts utilising live microphones as compared with a ‘normal’ ceremony. The most important part of our job was ensuring safe delivery of the live speech mics, such as that of IOC President Thomas Bach, the Japanese emperor’s Opening of the Games, or the athlete oaths. Our approach or design didn’t fundamentally change.”

However, they needed to compensate for a sonically unforgiving stadium, with a long decay time. “It also bled a great deal of sound to nearby residents, which meant many rehearsals were conducted at very low levels or sometimes with no PA system on at all. From an infrastructure point of view, the cabling installation posed many challenges as some of it was closer to permanent installation paths rather than temporary.” 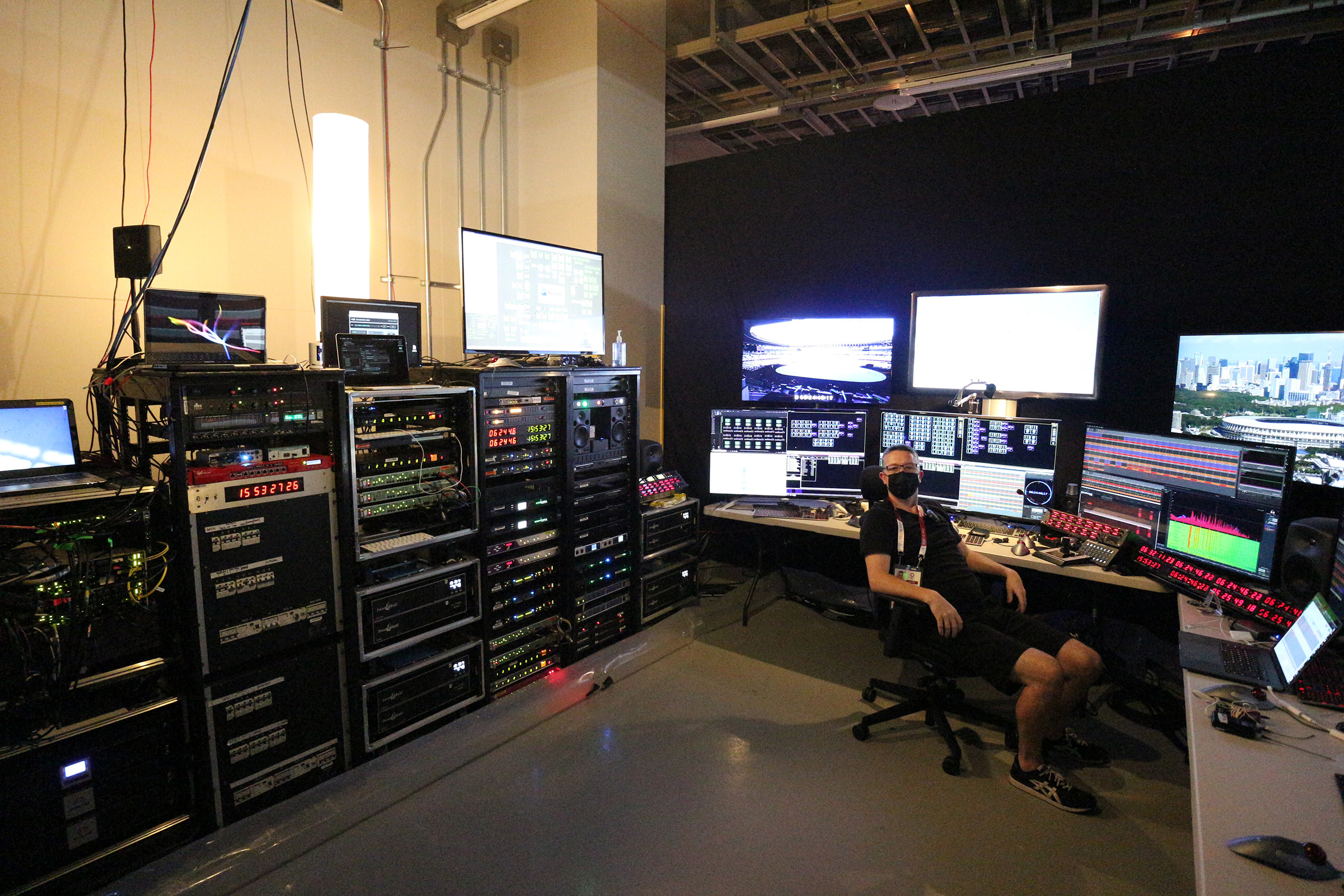 A major advantage of Optocore, noted Marsh, is the ability to operate interchangeably on both Multimode and Singlemode fibre over long distances—the former for distances up to 350m, the latter for longer paths such as to the compound of host broadcasters, OBS. This provides a massive benefit.

“Being able to select fibre transceivers is essential these days, so we are always grateful for that feature. Coming into this event, we were able to re-terminate our entire fleet of fibre optic cables to have expanded beam connectors and associated panels. This really sped up the installation and testing phases.”

DiGiCo consoles were deployed at both FOH and monitor locations, feeding a Ramsa PA. The consoles were connected to the network via MADI, and the control and programming of I/O was done entirely in the audio patch using the Optocore software.

“We have a long history with Optocore,” concluded Andrew Marsh. “Their collaboration is always appreciated, and we have absolute faith in their superior technology. I don’t know of any other system which would allow us to have 21 nodes of dedicated professional audio I/O in a ring network, and with such simple to use software.

“Now, with the addition of high channel count MADI devices such as the M12’s, along with macros in the software control, we feel there is no reason to look elsewhere for other MADI type routers and switchers—it is all contained within Optocore. And while our networks keep getting bigger they remain reliable and simple.”