Front of house engineer Sean Sullivan — often better known simply as Sully — has worked with some of the biggest names in music over the course of his career, including Red Hot Chili Peppers, Rihanna, Beck and Justin Timberlake to name just a few. Having been in the live touring business for 35 years, Sully has streamlined his workflow to a tee, and he couldn’t have done it without the ingenuity of d&b audiotechnik rigs.

Joining Headliner from his studio in Cleveland, Ohio which he fondly refers to as “the lab”, Sean ‘Sully’ Sullivan admits that life has been quite boring compared to his normal routine of early mornings, buses and airport transfers.

That being said, he’s finding lots of things to keep him busy, including the odd live stream event with bands and working in the lab; mixing records for some friends and clients. And while he’s not known as a studio engineer, Sully is grateful to have this piecemeal work keeping him productive.

Something he’s particularly enjoying at the moment, and that has been keeping him focused, is hosting online training sessions:

“I have all my gears dialled into a little video switcher, and I can show any screen of my rig and give advice on how to tune PAs,” explains Sully. “When I was young trying to learn how to do this stuff I would have killed for the capabilities that we have nowadays, to learn from people that have been doing it their whole lives and working with the big acts.

“And so for me to be able to share that back nowadays and help people out; I love it. It keeps us talking about audio and it’s just a good way to pass the time and try to make a few bucks. We’re just doing what we can at the moment.”

Sully grew up within a very musical family. His father had an extensive record collection filled with classic rock records from late ‘60s and ‘70s bands, and he would sit around with his three brothers listening to the legendary sounds of Black Sabbath and Led Zeppelin.

As a captain of the local fire department, Sully’s father instilled in his sons a strong sense of work ethic, yet was also adamant that they should find jobs that they really love.

I’ll walk the room every day and put a virtual soundcheck on - usually the most annoying song of the show that the rest of the crew hate!

“My two older brothers were musicians playing in bands and I dabbled in a little bit of guitar and drums because it was in the house,” Sully recalls. “I just got stuck being the guy that drags all the gear around and sets everything up because I was the youngest and I wanted to hang out. I took it really seriously and my dad encouraged me to pursue it. I didn't know it was touring at the time, but being involved with bands and doing shows was always what I wanted to do.”

Sully soon learned that he could earn a decent buck working at local clubs with his brothers’ bands, and with a small push in the right direction at just 15-years-old, that’s exactly what he did, grabbing the opportunity by the horns.

Luckily enough, Eighth Day Sound was based locally to Sully in Ohio, and he quickly found himself working for the global sound reinforcement company, initially as the “shop guy, sweeping floors and pulling cables out of cable trunks when they came back from gigs,” he remembers with a smile.

By the age of 21 Sully was busy on tour flying PA systems and miking stages:

“Anytime anybody needed an engineer I'd be the first one to put my hand up, and because I took it so seriously and had a pretty decent grasp at it, people started asking for my phone number. I ended up working at Eighth Day for eight or nine years, and I was on tour mixing front of house from there on out.”

In August 2020, Clair Global acquired Eighth Day in a move that saw two of the biggest touring sound companies come together in a significant deal for the live events industry.

“With all the moves Clair has made in the last couple of years, they're just getting stronger and bigger and better,” Sully adds. “Although Eighth Day was always my normal go-to just because I grew up there and I've got history with them, I've loved Clair Brothers for years and have also toured with them on and off.

“I love d&b rigs and the ethics of Clair Brothers, with the family orientation of everything being small and local. I think it's the greatest thing ever that Eighth Day and Clair have now joined forces - it’s going to be good for me for sure.” 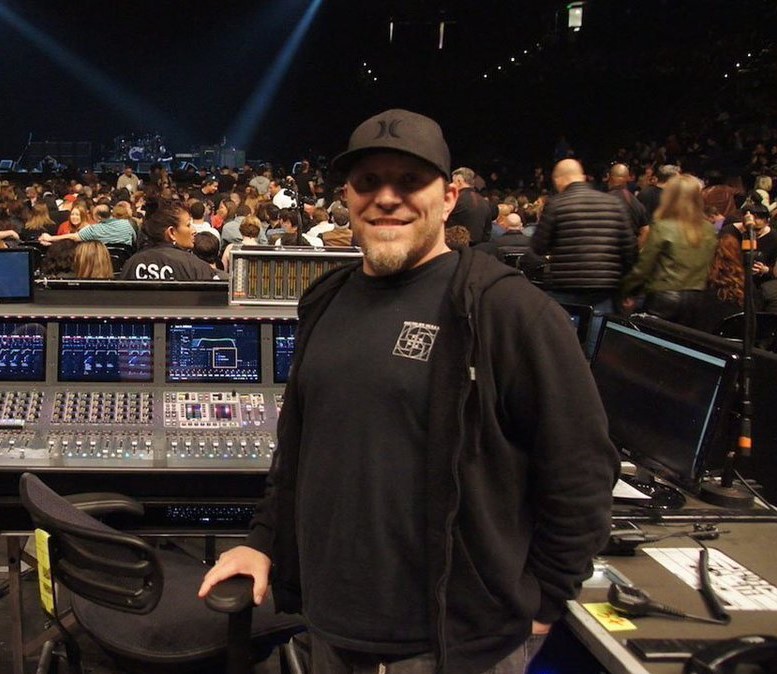 For the most part, d&b audiotechnik is Sully’s first choice when it comes to PA rigs, eclipsing the competition with its R1 Remote Control, ArrayCalc and ArrayProcessing software.

“Everybody can make a killer line array of boxes with high power capabilities and glues that don't melt when you beat the crap out of them, but when it comes to getting the design of the PA together quickly, tuning it virtually while the guys are pulling it up into the ceiling, and then checking your work once it's on, it’s got to be d&b,” affirms Sully. “On some of these gigantic pop tours, nobody cares if you need time to get your act together; on a Rihanna tour for example, I may get just half an hour to get the rig working.

“With d&b, I know I can have the thing ready before that half hour is up; I'm sitting here with my laptop up in the seats, I'm watching the guys pull a rig up, and because I was a system engineer at Eighth Day for years, I just know what I want and what to expect.”

As one would expect, Sully’s approach to setting up and tuning d&b rigs is very streamlined these days:

“With ArrayCalc, whatever kind of rig you’re touring with you’ll know whether to put up a smaller rig if you’re in a smaller venue etc. - It’s really about getting the room drawn well or already having a well drawn room; that's really what matters.

“With ArrayCalc and a good room drawing, there's none of that second guessing. You build it and as long as your crew’s pinning it together, you pull it up, put lasers on it, trim it and make sure it’s pointing where you want, and you’re laughing. There's no messing around with it, and so the approach is extremely streamlined with anybody's PA really, although I feel d&b is the slickest…”

It’s also paramount of course to make sure the rig sounds the same, or at least very similar at every position in the venue:

“I’ll walk the room every day and put a virtual soundcheck on - usually the most annoying song of the show that the rest of the crew hate!” he laughs. “A system engineer will take a tablet and we’ll walk around the room together. If we can do that in half an hour with the least amount of pink noise involved then great, because who doesn't hate pink noise? It’s like torture!