Simon Honywill: Touring through Covid and being 'saved' by the Martin Audio family

Simon Honywill, live sound specialist and FOH engineer for artists and events such as Chris Rea, Goldfrapp, Katherine Jenkins, Jeff Wayne’s War of the Worlds and Glastonbury, has spoken to Headliner about the realities of touring through Covid, how Martin Audio has “saved him” during the pandemic and what he believes is the only sound system in the business that “sounds like music”.

The devastation inflicted upon the live events industry over the past two years has been well documented, and for an engineer of Honywill’s calibre and experience, it’s been the most testing period of his career. When live events ground to a halt in March 2020, his 40-plus years in the business, as he puts it, counted for nothing. Whatever one’s standing in the industry, whatever their skill level, whatever their age, no shows meant no work. For the first time in his professional life, he was forced to seriously consider the future viability of his career in live sound.

Thankfully, as he details throughout the course of our conversation, he is possibly more settled in his line of work than ever before. This, he claims, is due in no small part down to the relationship he has built up with British loudspeaker manufacturer Martin Audio over the past two decades.

To find out more about how he has navigated the challenges of the past couple of years, Headliner sat down with Honywill to discuss the role Martin Audio has played in his personal and professional recovery and what the “confused” state of today’s touring circuit…

We’ve heard lots about how the live music industry has been impacted by Covid over the past two years. How have things been for you personally?

initially, and I imagine most people felt the same, I thought ‘our industry won’t be affected by this, we survive everything’! Having done it for as long as I have, you’ve been through various historic phases of economic downturn and we always seem to pull through. But it quickly became apparent that this was different. I quickly disappeared down a dark hole of depression because I was coming to terms with the fact that over 40 years in the industry stood for nothing. I got quite angry about that, and I was unsure about what was going to happen.

Here we are two years down the line and it’s probably the best thing that’s happened to my career! It made me rethink the way that I work. I’m no spring chicken and the traditional way of touring, driving hundreds of miles to do a one-day gig was really doing me in. What saved me was my relationship with Martin Audio and RG Jones. Dom Harter, the MD, had a conversation with me and said, “don’t worry, we’re going to look after you”, and they have. I’ve been incredibly lucky and I now have more financial security than I can ever remember having. And it’s all physically less taxing, which is brilliant.

How are things progressing in the touring world at the moment?

I think audiences are still nervous. I get the feeling that people don’t want to commit and if you are in the business of trying to sell tickets to something, it’s a bit shaky. It’s much harder to sell a show and there are a lot of considerations around that. Things like travelling to the venue, what happens when you get there, do you have to do a test, what if the person next to me starts sneezing during the gig? It’s scary in many ways, and really we’re making it up as we go along. There’s an element of just trying to make things happen.

How do you feel when you arrive at work and you can see there are others around you either ignoring Covid protocols or are perhaps unaware of what they are?

It’s confusing more than anything. Some places you go into, and you feel compelled to wear a mask and be distanced. Other places you don’t. I think it’s a natural humanistic thing to react to the way people behave around you. It’s difficult. I find it confusing, and I don’t think I’m alone in that.

You mentioned that Martin Audio has helped you through the pandemic. Tell us about your connection to the brand?

In the early ‘00s I was working with RG Jones and desperately trying to find the right line array system for them. We tried everything! It got to a point where a button was about to be pushed on a purchase, and Rob Lingfield, who was a friend and was European sales director at the time said “don’t do that, you need to see and hear this”! So, we did a big classical show in Kent with the W8LC system and I thought ‘that sounds like music’! None of the others do.

The thing I’ll always say to people is that it’s the only line array system that sounds like music should do. If you’re going to make a big loudspeaker, you can do any amount of clever stuff to manipulate the wavefronts. That’s all well and good but if it doesn’t sound like music it’s pointless. I was then introduced as an early adopter to the MLA system. When it was described to me, I said “nah, you can’t do that”! As did many other people. And lo and behold you could. I said to Rob I wanted to be in on this and that resulted in me being signed up as a product advocate and trainer for MLA systems. It’s still ahead of its time.

As time went by, Dom asked me to write a few bits and pieces for various significant events after he came onboard, and when lockdown happened Dom asked me to get involved with the launch of the company’s new brand Optimal Audio. So I’ve been doing things like putting together the user guides and being involved on the product development. But my ongoing involvement with Martin Audio is still very much in place. There is nothing, in my view, that sounds anything like as good. All the others sound really dull and flat to me. I don’t mind who hears that. It’s what I think. 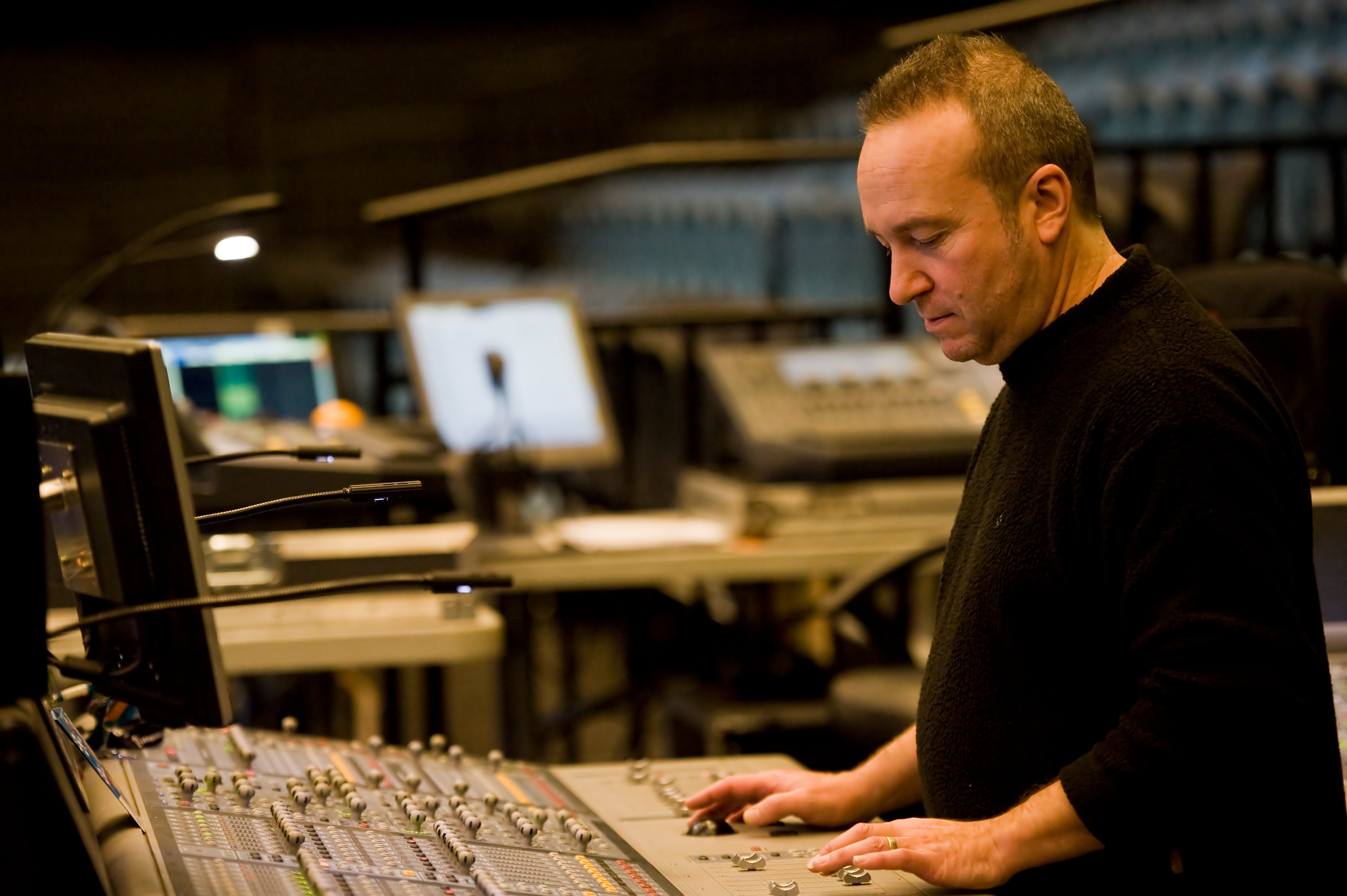 There is a feeling of belonging. It's almost like a secret gang. Simon Honywill, FOH engineer

What is that separates Martin Audio from other brands in this field?

There is a vibe at that company that ends up in the DNA of the products. MLA and wavefront precision, the technology behind those systems… I love the fact they took the idea of a line array and turned it on its head. It’s not about what comes out of the speakers, it’s about what happens at people’s ears in the audience. Other companies have now made poor attempts to emulate the same thing. But it’s a combination of all kinds of things. Whatever you make a loudspeaker out of will affect what it sounds like, but it’s about the minds that come together to produce that. It’s about creative thinking, people working together with a common purpose. While all of that stemmed from Dave Martin’s efforts back in the early ‘70s, where they are now is a fantastic story of taking a fundamental principle and applying it with ever more accessible and exciting technology.

How has the company helped you in recent times?

There is a feeling of belonging. It’s almost like a secret gang – we know something other people are blind to. We know about this stuff, and we use it because it gives us a nice, warm fuzzy feeling. While it might not be world dominating in the way some European and American products are, you have a feeling of belonging to a group of people who appreciate audio in an aesthetic way that is special.

Also, this industry is notorious for making life difficult if you want to have a family. Martin Audio understands that and there is a real sense of the customers, clients and the people who work for the company being a family. And there is this feeling that people’s lives at home and the underlying foundations that allow them to achieve at work are also thought about. I spent my whole first 35 years and more just as a workaholic and the industry doesn’t care about what goes on at home. That’s all different at Martin Audio. There is a wonderful feeling of being able to behave like a normal human being.

Has that sense been heightened by the pandemic, with people from all walks of life having been at home more with their families etc?

Absolutely. It’s completely altered my perception of what home really means. I’ve painted the house for the first time in my life! In the past my home wasn’t much more than another hotel, terrible as that sounds. It’s made me think about how the industry has got to grow up on the whole. The people, their wellbeing and the sustainability of everything we do is something we need to take a long hard look at. I was hoping that we’d come out of the pandemic with new models for touring, but no. It’s all the same. Nobody wants to take a risk.

In 2014, Kate Bush did a month run at the Hammersmith Apollo and it occurred to me that an artist with her standing, anyone who is an arena-size attraction, could take that model and do it at five or six different places. It strikes me as being a lot more manageable for everybody involved, and probably a lot more sustainable.

What’s next for you? And how does it feel to be back working?

I’ve been working on a few shows in my hometown of Plymouth, and next year I’m doing War Of The Worlds, which is a beast! I’ve been doing it long enough now that I know what to expect, but there is always something new, new guest artists… it’s an epic production and to be involved in something that popular on that scale is cool.