'We definitely took a risk': Inside Brian Eno and brother Roger's first show together

Performing together for the very first time, legendary artist and producer Brian Eno and his brother, pianist and composer Roger Eno, took to the stage at Greece’s Odeon of Herodes Atticus amphitheater to perform music from their debut collaborative album Mixing Colours. And according to FOH engineer Chris Hamilton, the one-off show was made all the more unique due to the 360-degree d&b audiotechnik Soundscape system at the core of the performance.

For more than 50 years, Brian Eno has cultivated a reputation as one of the most important and influential musicians and producers of all time, having shaped defining records for the likes of Roxy Music, David Bowie, David Byrne, U2 and Talking Heads. He has also carved out a distinguished solo career, particularly in the world of ambient music. And it was his recent Mixing Colours collaboration with his brother, Roger Eno, a solo recording artist and film and TV music composer, that spawned this live show at the iconic open-air performance space of the Odeon of Herodes Atticus, a renovated stone amphitheater originally constructed in the year 161 AD.

“Due to the age and size of the amphitheater, I thought that it would be a real challenge to analyze how the sound spreads in the space, and how we would manage coverage and reflections,” commented Hamilton. “Luckily, because it's such a historic venue, there has been a lot of studies done on it and someone had previously conducted a full audio study for the space, so we had great audio info to work with.”

Hamilton was previously introduced to d&b Soundscape by Massimo Carli of BH Audio, and suggested that it was used to achieve the requisite power and clarity for what is inarguably a challenging outdoor venue.

“I spoke with management about the opportunity we had to do something really special here and something that no one has done before,” said Hamilton. “The challenge was more reassuring them that this will be simple, easy to install, and reliable — and the audience won’t even know it's there, but they will hear it. We definitely took a risk together, but there was trust and the results spoke for themselves.” 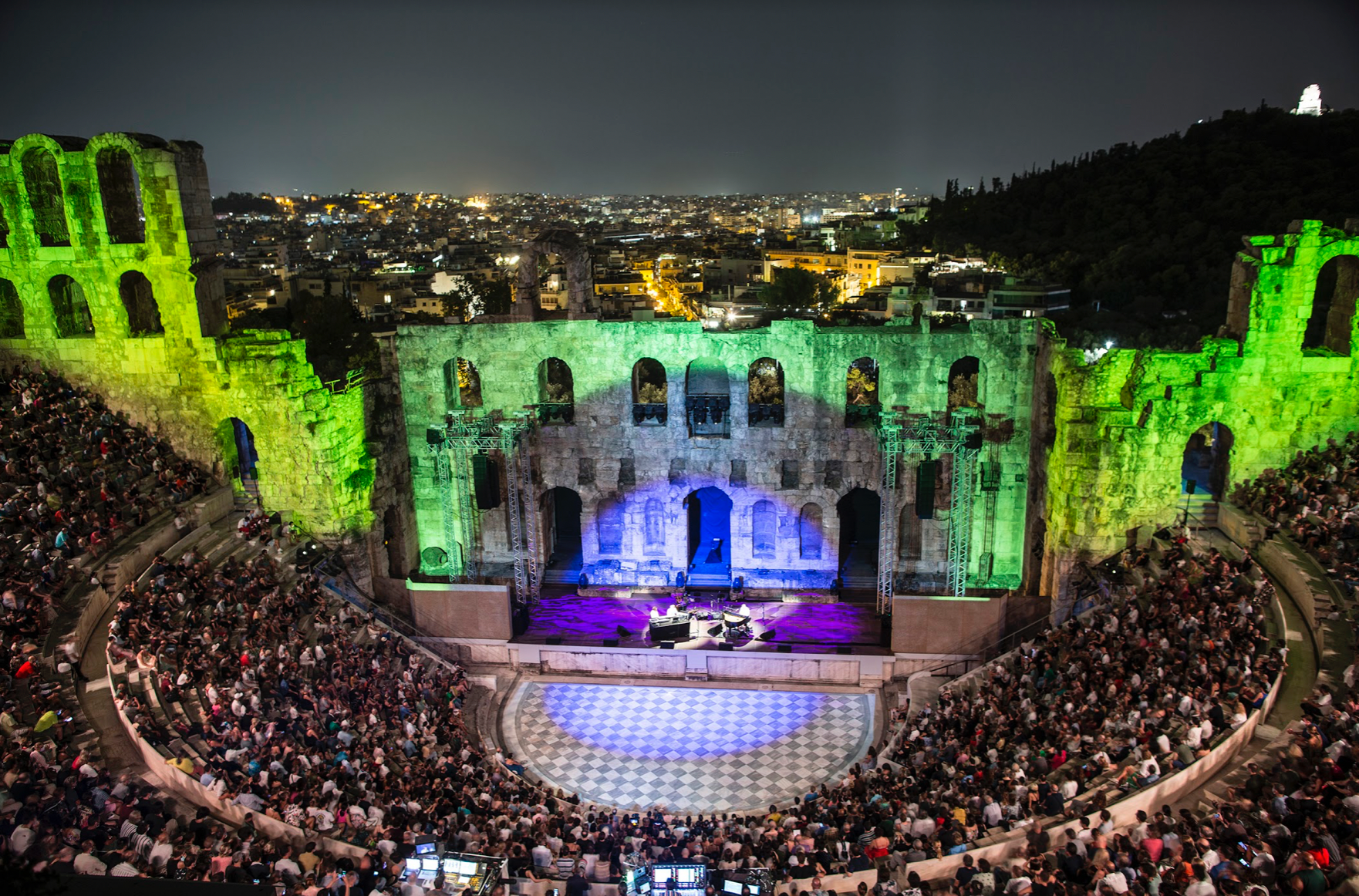 We had to do something no one had done before. Chris Hamilton, FOH engineer

d&b Soundscape is powered by the DS100 Signal Engine, an audio system processor based on a Dante-enabled signal matrix and is designed to provide maximum creativity through its two software modules En-Scene and En-Space.

d&b En-Scene is a sound object positioning tool that allows for the individual placement and movement of up to 64 sound objects. It depicts stage scenarios so that each sound object corresponds both visually and acoustically.

For many, including Hamilton, this was their first show back since the lifting of social distancing restrictions. And, said Hamilton, both the audio quality and the performance from the brothers Eno were very well received by fans.

“After the show, everyone was beaming and saying how good it sounded,” Hamilton remembers. “The future for me is all about spatial audio tools such as Soundscape. Soundscape helped me build not just volume, but also spread and move sound as the show built. The clarity you get compared to a standard L/R setup is wonderful. It’s definitely something I’m looking to bring in for more shows with other artists in the future.”

“There is nothing like experiencing 360-degree audio for the first time,” Carli concluded. “And having introduced Chris to Soundscape a while back in our studio in Italy, I’m pleased he finally got to try it out in the ‘real’ world, and with such compelling results.”