L.A-based singer-songwriter Louis Knight – best recognised from his recent appearances on American Idol – tells Headliner about his experiences on the show, the ways in which he wants to develop his artistry, and his recent release Burn This All Down from his upcoming EP.

What have you been up to lately, and how did you initially weather the pandemic?

I moved to L.A last September, and have just been writing and recording ever since. My new EP will be in two parts and is coming out later this year. Before that I took a year break from releasing music, so now I’m ready to hit it hard with some songs that really mean a lot to me. And we’re also gearing up for my first ever proper tour!

When the pandemic started we were in L.A getting ready for the live shows for American Idol. As things started shutting down state by state, we were sent home and there was a lot of uncertainty. Thankfully, they found a way to make the show happen by getting each us to film our performances using three iPhones and ring lights, all from home. So it was really cool to be able to finish out the season. 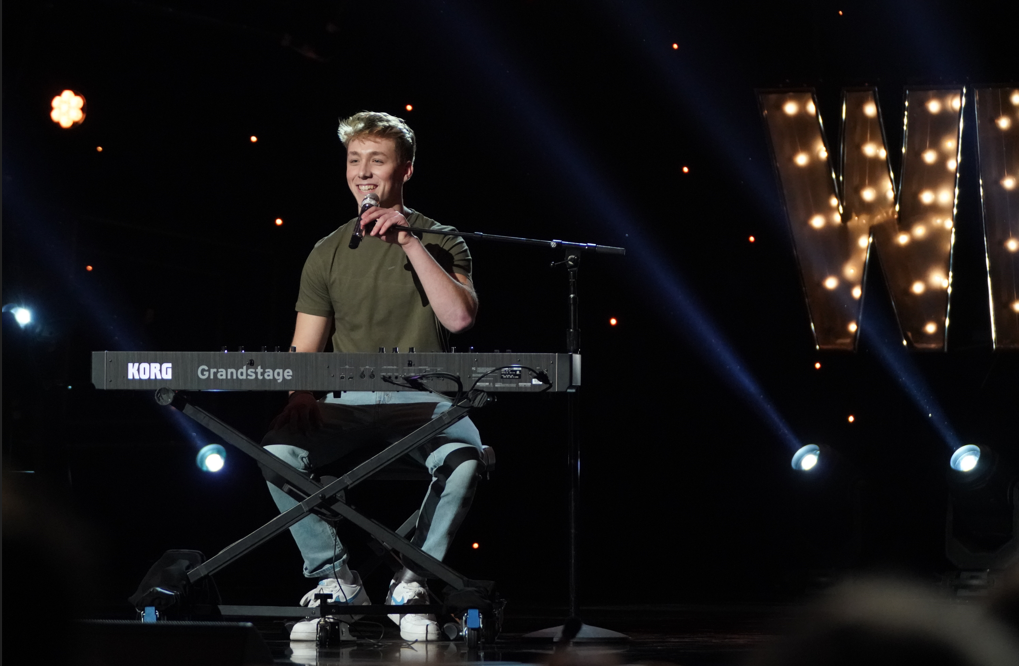 It was after that point that I kind of lost my relationship with songwriting for a while. My song Change that I sang in my audition was about losing one of my brother and I’s best friends, and for me mentally, it felt like every single song that I wrote after that had to be as big of an emotional release as that one, because it ended up doing so well and meant the most to me.

I had this weird thing of, every time I sat down to write, it was never good enough, and I was constantly setting myself up for failure. But then I came to terms with the fact that every song is going to have different emotional attachments – it took me a while to realise that. So I was holding onto some songs and just waited until I moved out here to start working with some new producers and songwriters.

When did you first get into songwriting, and who are some of your biggest musical influences?

I started writing music when my mom bought me an old piano for Christmas off Craigslist when I was 14. I learned the four chords of pop, and immediately started writing my thoughts and feelings into songs. Music became an incredible therapy for me. To me, there’s no better feeling than writing a song – it's like the ultimate dopamine release. I feel really fortunate that I’ve been able to use it as an outlet.

TO HAVE THESE INTERNATIONAL TOURING MUSICIANS PLAY MY SONG WAS HONESTLY ONE OF THE MOST INCREDIBLE MOMENTS I’VE EVER EXPERIENCED.

I've always been very drawn to emotional songs. I grew up listening to lots of Queen, Coldplay, and Oasis, but then as I got older and started writing I was inspired by Jon Bellion, Lewis Capaldi and Sam Fender. Sam Fender is one of my absolute favourite artists – I’ve been playing the Seventeen Going Under album and nothing else for the last six months and I can’t even play it in the car anymore because my girlfriend gets so mad!

You made it to the top seven of American Idol season 18 (2020) and then the top 12 as a comeback contestant on season 19 the following year. To what extent has that experience informed your artistry?

The experience was life changing. They gave me the opportunity to audition and perform my song Change, which is the song I wrote for suicide prevention, and to be able to play an original song was just a once in a lifetime opportunity. I'm so grateful, because it really gave me a launch pad and made me start thinking that people care enough to listen to my sad love songs. I also wouldn’t have been able to move to L.A if it wasn’t for that experience, which was just one big emotional rollercoaster. When season 18 ended, I put out a couple of songs, and I was trying to figure out my next steps. Essentially, Idol reached back out to me and nine others to come back and perform again for a comeback show. They said, ‘You guys never got to experience the live stage of American Idol, so we want to give you the opportunity’, and it was amazing. 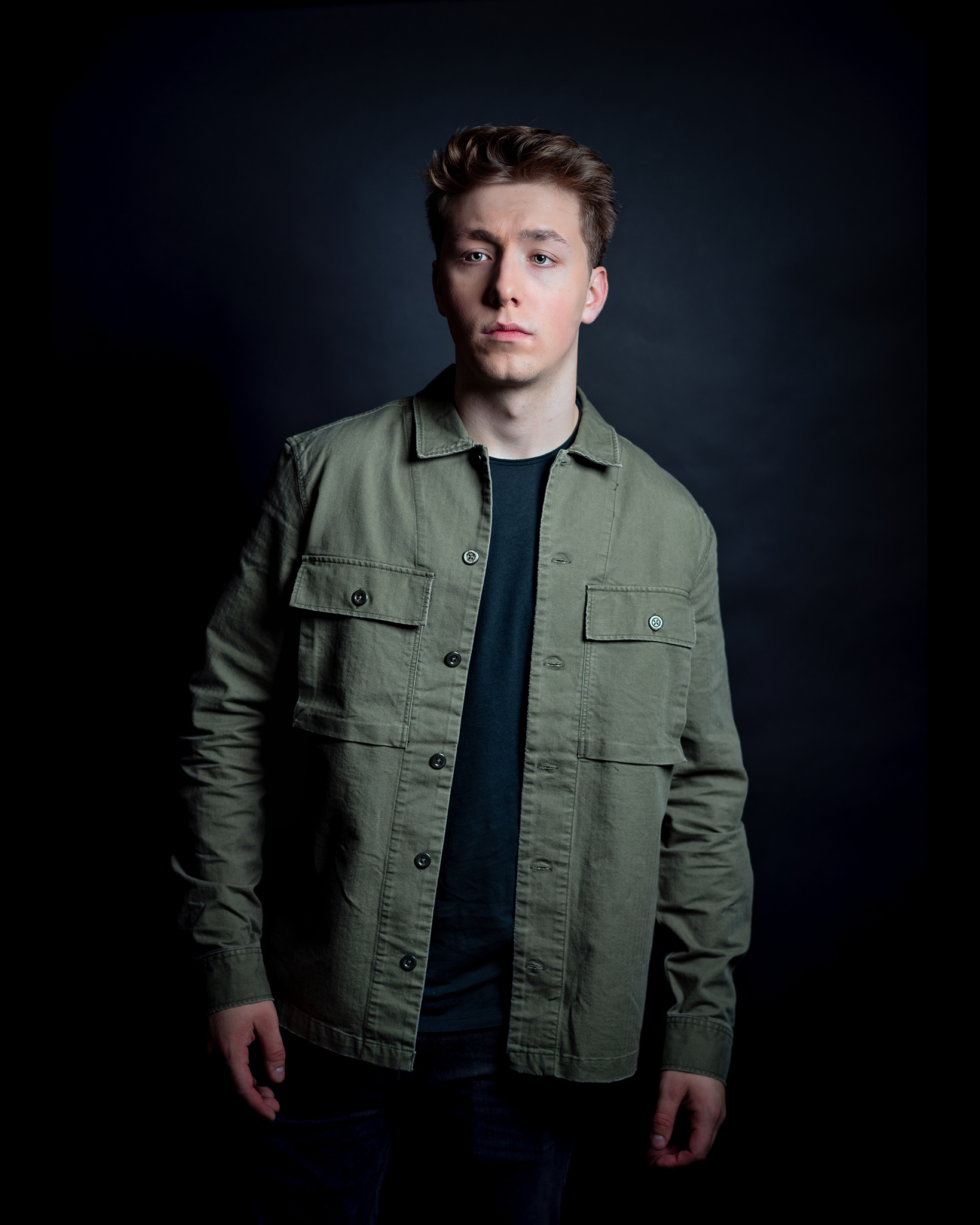 Again, they let me perform my latest release at the time which was a song called Maybe That. Performing on that stage with the American Idol band led by Kris Pooley, who's just an absolute genius, and to have these international touring musicians play my song, was honestly one of the most incredible moments I've ever experienced.

Tell us about your recent release, Burn This All Down.

It came together amazingly, although I was a little nervous about the production etc. because the song moves into different spaces as it goes on, reflecting my frustration of losing my relationship with songwriting during the pandemic. Coming off of Idol, I didn’t necessarily handle the pressure very well and it took a bit of a toll, so this song is about me trying to find myself again, and navigating the crazy place that is the music industry. But there’s no other way I’d have it.

For me it was really special, because I wrote it one night when I was just hanging out with one of my good friends Francisco Martin, who was also on Idol with me. I find the best songs come about when things are just natural and easy. He just started randomly playing some guitar chords and I started freestyling. Suddenly all of these pent up feelings started coming out, and we pretty much wrote the song together and finished it within a few hours. It was a massive therapy for what I’d been feeling over the last year.

We also worked with Wyatt Pike on the track; he was on the previous season of American Idol and is one of the most talented guitar players you could ever meet. So it was just the three of us hanging out and we ended up producing the song together, coming up with melodies and lyrics which we thought best served the song. 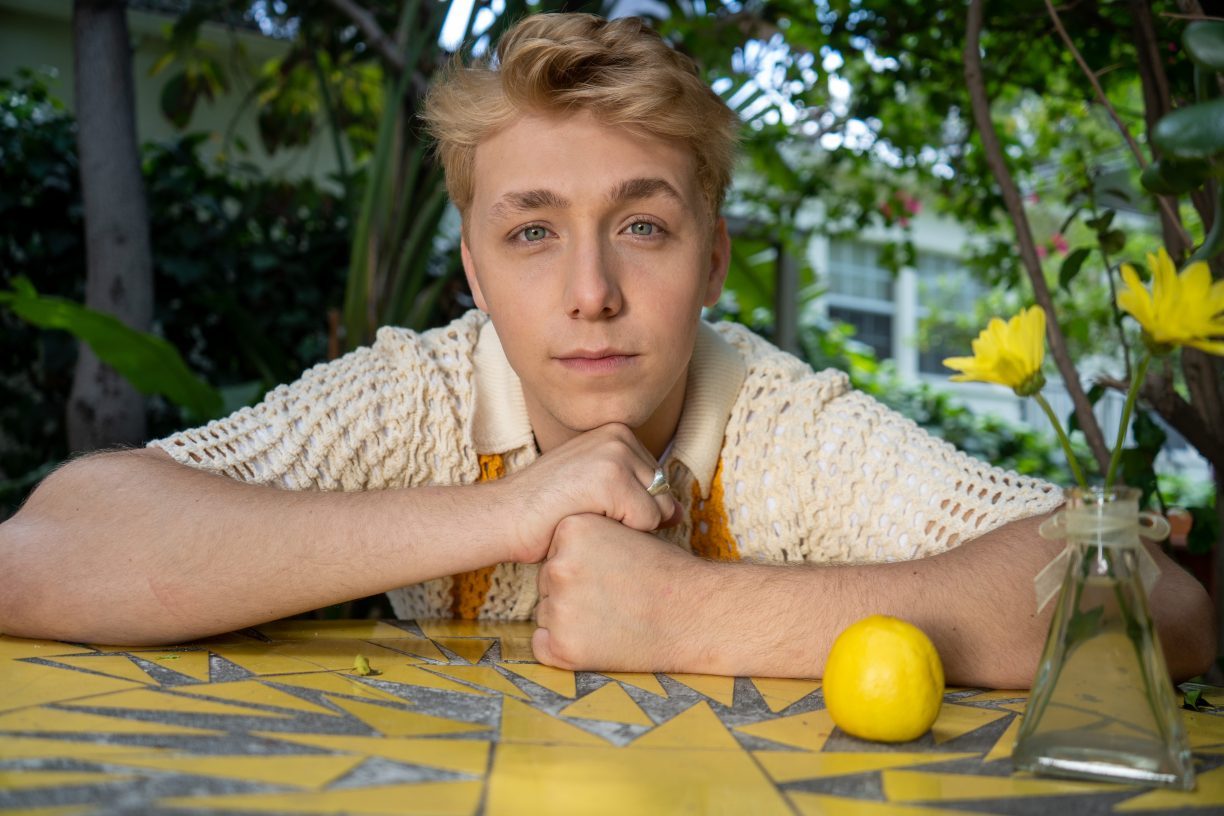 We discussed, ‘Would it be crazy if we just put a rock section at the very end of the song?’ At first it felt crazy and very much out of my comfort zone. I went back and forth for a month about that part – I’m really indecisive – but I’m so glad we decided to keep it in because I really think it helps show off a different side of my artistry. It’s also very poignant in the fact that it represents my anger at losing my relationship with songwriting and my frustration of navigating the industry.

What’s on the horizon for you?

So the EP is going to be coming out soon! I released another single called Maya in June which will be on there – I wrote that about falling in love in the Netherlands, and it’s just about being with someone and getting to the point where you decide to really jump into the relationship; that amazing feeling when you’re first falling in love and want to stay in that moment. It’s actually one of my relatively happier songs!

Writing and producing the new EP has opened so many doors for me in thinking how I can make my live show different, and get creative with it, because some of the production of the songs really lends itself to some cool things that we can do in the show. This will be my first tour ever, and I’m so excited to actually do a show in England where I’m from, but where I’ve never played before! It’s going to be a huge coming home event and to have all my closest and extended family and friends there will be really, really nice.

Listen to the full interview with Louis on Headliner Radio, here: