LA-based alt-rock solo artist Magic Whatever has been rapidly building a reputation as one of the most inventive emerging talents on the west coast, blending his rock roots with a variety of styles and genres to create a truly unique, rapidly growing body of work. Headliner sat down with him to talk songwriting, collaborations and creating a universe for his fans to inhabit…

“It’s too hot to go outside today so I’m staying inside,” a smiling Magic Whatever tells us as we join via Zoom at his home on the west coast. The artist has recently been returned from a stint on the road and is currently gearing up for a busy spell in the studio.

“I’ve been doing a lot of writing,” he says. “I’m at this stage in my career where everyone is asking for music, so I have to stay busy and keep putting it out. I just got off tour with a band called Dreamers, so I’m now getting ready for the next releases.”

At the time of our conversation, he has just released a new single called Sentimental in collaboration with Grammy-nominated pop outfit Social House. The track places his alt-rock sensibilities front and centre, and cloaks them with a gleaming pop veneer.

“Of all the sings I’ve written that one had the longest journey,” he says, explaining how the track came about. “I started it lyrically three or four years ago in the back of an Uber on the way home after a long night. Those lyrics and the melody would keep coming into my head but it never really came together, but then one day I was working with my producer Lucky West and something just clicked. And I know Social House, they are great guys and great songwriters, and I wanted to wait until I had a song that was really special before connecting with them to work on it. So, I texted them the song and they were just gung ho to get started on it. A week later I got to hear their verses and it just took it up to the next level. Then I shifted gears to get this out as quickly as possible, as I just wanted everyone to hear it.”

While many collaborations these days are often the result of marketing ploys aimed at landing and artist on a multitude of playlists and garnering greater recognition by association with the partnering act, in Magic Whatever’s world it really is all about working with those whom he admires and will best benefit the song. 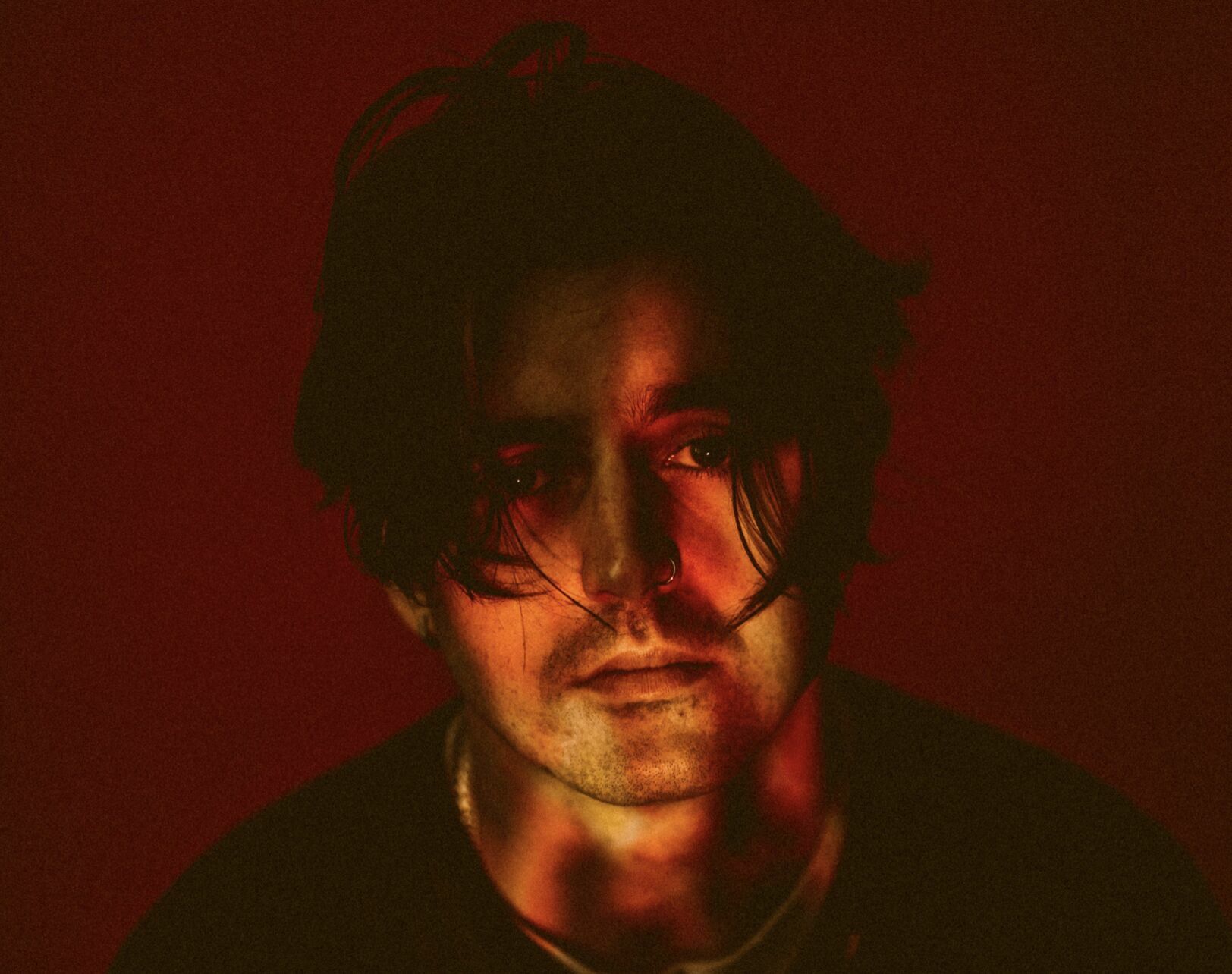 Right now, listeners are happy to stray from the status quo. Magic Whatever

“Listeners right now are much more susceptible to experimental tracks and are happy straying away from the status quo,” he says. “At the end of the day, I’m in the alt rock category. That’s the music I play, those are the playlists I get on, so I can’t really deviate too much, but having features allows you to branch out into other genres and make your song into more of a creative hotchpotch of ideas. One of my favourite things about music is hanging on by the seat of your pants, just letting it fly and seeing what happens. And having someone from a different genre listen to a song with fresh ears and put their ideas on it is great to hear. That mystery of another creative brain jumping on your song is great. Reaching into other genres keeps it fresh and weird. There are certain songs that are just mine that I want to keep personal to me, but then others I prefer to see how far we can take this.”

He's equally dynamic when it comes to the mode of collaboration, be it an in-person affair or a virtual coming together.

“There are no rules on how to collaborate,” he states. “For some of my features in the past we’ve locked ourselves in the studio, and others it’s been more beneficial to allow someone to be in their own creative space and work on it alone. Social House were like that. They are great producers, Grammy nominated, so I didn’t want to get in the way of them. We called each other on the phone to talk about the song, but essentially it was a case of giving to them and saying, ‘go crazy, fellas’.” 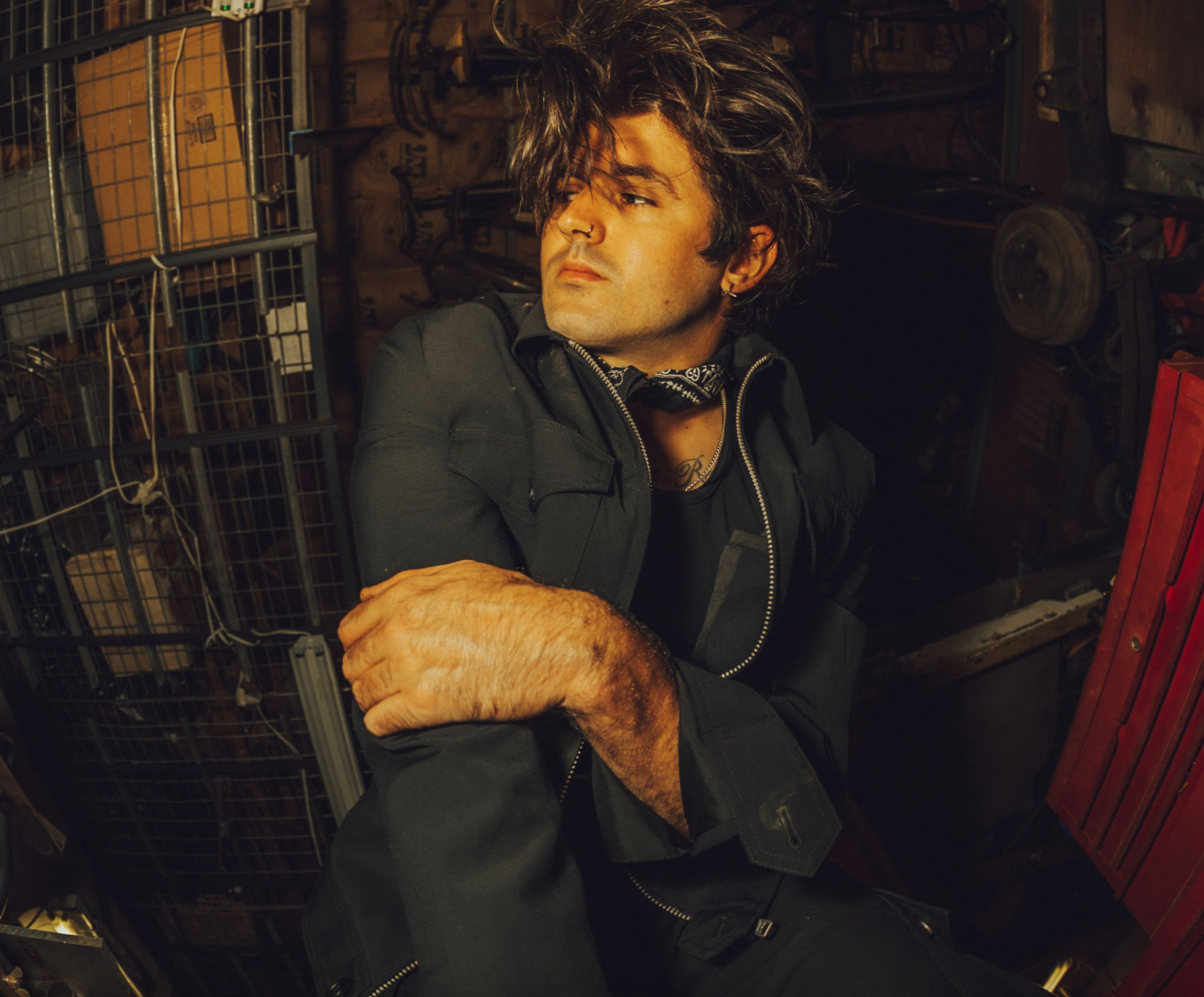 There are no rules on how to collaborate. Magic Whatever

“I was raised by my grandmother, and it was one of those houses where there was always a record on, usually Etta James or Frank Sinatra, but I had an uncle who grew up in bands in the punk scene in Orange County,” he recalls. “So whenever I saw him playing guitar I thought it was the coolest thing in the world. When I was old enough my Gran got me Green Day’s greatest hits album International Super Hits, and that changed the course of my life forever. I wanted to be them. This was it, there was nothing else.

“I grew up in a small rural town in Oregon - a very small farming community. My school had about 70 kids, and you can imagine in a farming community trying to find a drummer and a guitarist and bassist… so it was case of each of my friends just choosing who was going to play what and playing covers of Green Day and Good Charlotte and Simple Plan. Ever since then it has been chasing that high of that first collaboration and creation. And I still feel so fulfilled by it.”

While his surroundings may have changed since then, his approach to making music is still anchored by the same passion and enthusiasm that inspired him to pick up a guitar as a teenager, unblemished by the music business of the west coast.

“I try to keep things very pure,” he asserts. “I tell my team that I don’t care about money (there isn’t any!) so as long as I’m still feeling good about what I’m doing, that’s all I need. I just want to write songs and I don’t care what happens after, whether I’m headlining Reading festival or playing acoustic guitar in a bar.”

With that in mind, does he still have to consider things such as social media followers and streaming data – things that virtually all emerging artists seem required to at least have a handle on in today’s market?

“My goal is to be in a room with my people, and the bigger the room and the more people the better,” he says. “Social media is a tool to help make that happen, but I’m not the most active person on social media. I try to let the music do the hard work and I try to hold on to that compass, where the more people the song reaches, the more people will be in the room, and we are in our own little universe for the night. It’s hard to avoid social media, it’s your hub to communicate with fans, so I try to think of it that way. I just keep my eyes on finding my people with my songs.”

“I have some international shows coming up that I’ll be announcing soon and I’ll be working on a new EP,” he concludes. “And maybe an album for 2023. But for now, I just can’t wait to get out on the road again.”