6 Music presenter Matt Everitt speaks to Headliner about all things Glastonbury 2022, shares some unique insights into what the festival looks like from the eyes of a BBC broadcaster and reveals how he (almost) convinced Prince to perform at Worthy Farm…

Matt Everitt has experienced Glastonbury from pretty much every conceivable position. A Worthy Farm regular for over 30 years, he’s attended as a fan, performed the hallowed grounds as drummer with Menswear and The Montrose Avenue, and more recently, has served as an essential cog in the BBC’s unrivalled Glastonbury coverage. The 6 Music presenter can typically be found hopping between stages, chatting to everyone from headline artists to the people who hand paint the bins, about all things Glasto as part of his live broadcasts. With the exception of the Eavis’, there probably aren’t many who can lay claim to a superior knowledge of the festival: a point illustrated by a 2020 appearance on Celebrity Mastermind, in which Glastonbury was his specialist subject (for which he scored a not too shabby eight points). Needless to say, he’s excited to get back to what is arguably the most hotly-anticipated edition of the festival in its history, being the 50th anniversary outing after a two-year Covid-enforced absence.

“I’ve really missed it,” a beaming Everitt says as he joins us over Zoom from his Surrey home. “Without putting the big BBC hat on, it’s brilliant to be doing it as part of the BBC. Because the BBC stuff is so broad, we have a brilliant job to do in bringing the festival into people’s lives and homes. If someone had said to me back when I first started going in the early ‘90s that you could stay at home and watch something from pretty much every stage all day every day, I’d think it was the best thing in the world, and the BBC does an amazing job: the sound is brilliant, the way it is shot is fantastic, the journalists and presenters are great. I cannot wait!

From the outside, the festival may look like it has grown and evolved dramatically over the past half a century, but according to Everitt, Glastonbury has maintained its unique spirit by protecting the elements that have been there from day one. Yes, the Pyramid Stage is often a star-studded affair adorned with some of the biggest international pop icons on the planet, but their presence simply adds to the festival’s eclecticism, as opposed to diluting its extremities.

“It still feels the same,” Everitt says. “When I first started going there were some pretty lawless corners, but you never felt unsafe. It still feels the same. Part of it is the details. The same person does the signage who’s always done the signage; they still hand paint the litter bins; everybody really looks after each environment you’re in. It’s an organism, and the team behind it work hard. There was a tendency when boutique festivals started to get more popular when they thought, ‘we can just drape some flowers around a pole and hang a couple of flags up and it’ll feel boutique’… and it didn’t work. Whereas Glastonbury would invest and put so much love into every element.

“If you’re a band and you’ve played Glastonbury, you know how special it can be, so you walk on stage carrying that with you. You know what it can be. If you play Glastonbury and you’ve never been there before, you walk out and it hits you, whether you’re Dolly Parton or Lionel Ritchie, or a new, scruffy band, it will hit you in the same way, and it changes the performances. It can bring something out of you that you won’t get at any other event.” 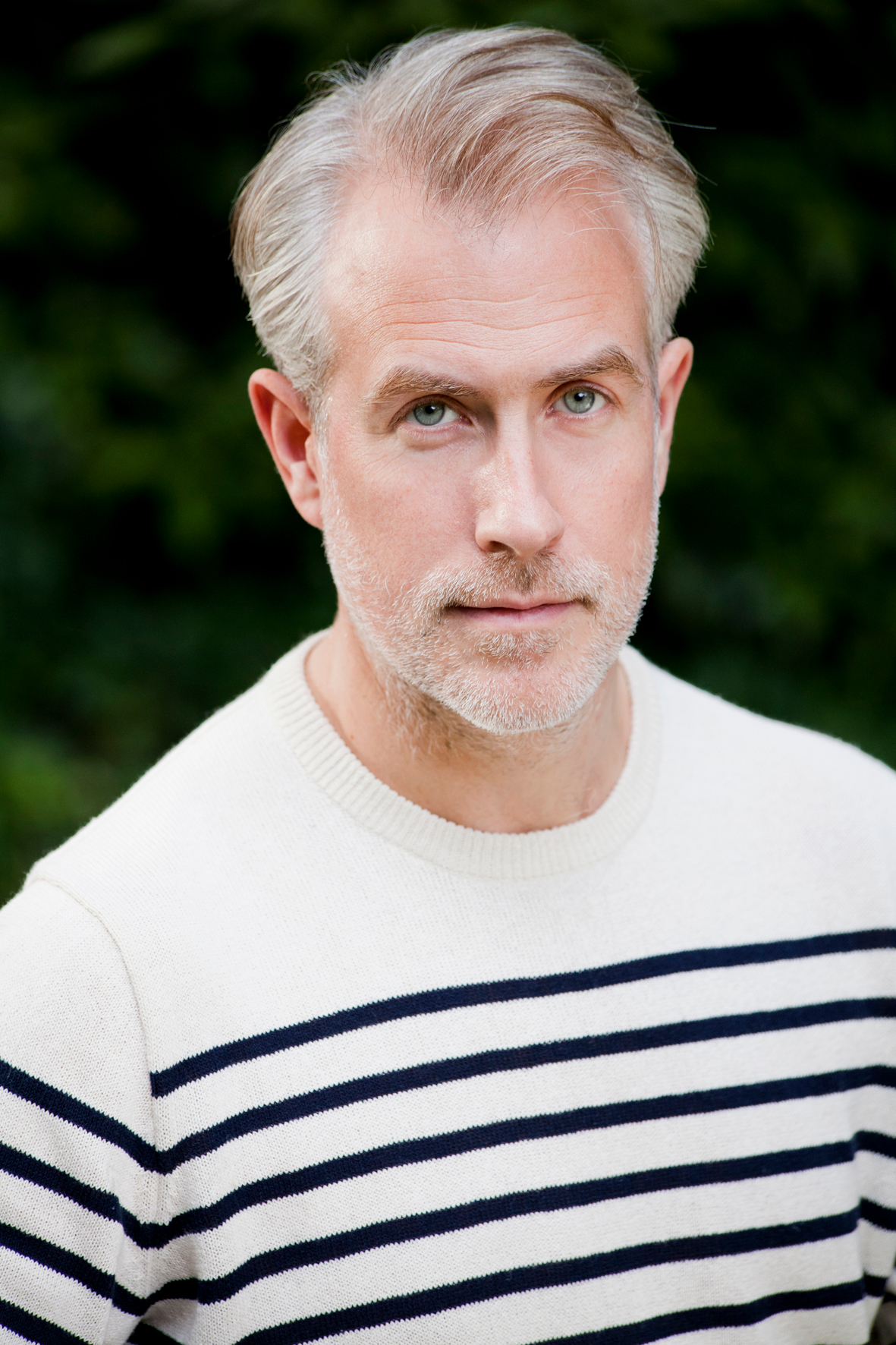 It had to be explained that even Prince doesn't move Glastonbury. Matt Everitt, BBC Radio 6 Music

So, what exactly does Glastonbury look like from the perspective of a BBC broadcaster?

“In previous years, we did a lot of stuff very early in the morning - we’d be getting onsite at 5am, often watching my friends go to bed with their faces on sideways as I was arriving,” he explains. “I don’t think there will be any 5am starts this time but I’ll get down to the site early, spending the day watching music, interviewing bands, trying to find interesting people to talk to, which is not difficult at Glastonbury, and get a sense of what is happening that day. Then I’ll take all of that to the production team and we’ll fashion it into a show that captures a bit of what’s going on. Then each day, my shows are between 7pm-9pm and we’ll play some of those clips, get live guests in, and then we’ll broadcast. And we just pack the show. It’s a bit like Today At Wimbledon, that’s what my show is supposed to be.”

Before moving onto his personal highlights from down the years, as well as who he’s looking forward to seeing at this year’s festival, dream line-ups are discussed in earnest, with special mention given to Kate Bush, Talking Heads, Pink Floyd, Fleetwood Mac, Grace Jones, before Everitt offers: “Shall I tell you my Prince story?” We happily oblige.

“One of the last interviews he did in the UK was with me, and before I did the interview I had a call from the Glastonbury people saying ‘we know you’re going to speak to him, we’d love him to play’. They’d been speaking to his management for years and they wanted me to really force the issue of just how great Glastonbury is! So of course, I was happy to do that. Anyway, I’m doing the interview with him, and I asked him if he was going to do Glastonbury. He says, ‘what’s Glastonbury’? So, I say that Glastonbury is the best festival in the world, everybody plays it etc., but he’s never heard of it. I explain there’s no brands there, it’s on a farm, the audiences are amazing, and it sells out before they announce the line-up.

“So, I’ve done my bit, and a few weeks later I get a call from Glastonbury. They thank me for speaking to Prince about the festival and they say they got a phone call from Prince’s people to say he will play Glastonbury… He’ll play it in May, on the 12th [he laughs]. He wouldn’t do any other day, and it had to be explained that even Prince doesn’t move Glastonbury. They were gutted. And isn’t that the most Prince thing ever!

“But back to this year, I’m really looking forward to Herbie Hancock, Billie Eilish – I remember seeing her the last time she played and having a revelatory moment of just watching someone with that incredible presence. That’s going to be pretty mad. Little Simz will be great, I’m obviously excited to see Paul McCartney, everyone is going to be crying their eyes out by the end of the night. And anything Kendrick does is going to be different and surprising. I think that’s going to be very exciting. There’s big stuff I’ll make a point of seeing and then there’s the great stuff you just wander by.”

As for Everitt’s most memorable moments as a performer and a fan, he concludes: “I was at Radiohead in ’97 and that was really special. I played in ’95. We camped next to Pulp and that was incredible. You watch the footage of those shows and the production was really basic compared to what they have these days and it was still incredible. And if you go and listen to that Pulp performance, everybody just lost their minds. Beyonce was really special. Coldplay are always brilliant - it’s very easy to bash Coldplay but they are always phenomenal at Glastonbury

“I played Glastonbury with Menswear and Montrose Avenue. Today, the ‘90s are basically ‘60s, and I remember getting out of the tour bus and it was the most incredible sunny weather and the most incredible atmosphere. I remember getting smashed with Robbie Williams in the hospitality bar, and he was really nice. That was just a really special time.”

You can listen to an extended version of this interview below or at Headliner Radio on Apple Podcasts.

You can read our interview with fellow 6 Music and Radio two presenter Craig Charles on all things Glastonbury here.