The Steven Tanger Center for the Performing Arts in Greensboro, North Carolina is now the home to the largest Meyer Sound Constellation acoustic system in the US.

The centre’s events will be supported by world-class audience amenities and advanced technologies, including variable acoustical environments tailored for each performance.

The venue will serve as a concert hall for symphony performances and opera as well as an auditorium for spoken word events and a road house for touring shows from rock concerts to Broadway musicals.

COVID-19 forced cancellation of grand opening festivities for the venue just days before the scheduled event. The multi-day celebrations in March 2020 were to include performances by, among others, Josh Groban, Tony Bennett and Jay Leno. A new opening date has not yet been set.

“I knew from the outset that the economics would be driven by selling out touring shows, which is why we set 3,000 as our minimum capacity and designed our staging to accommodate tours well into the future,” says Matt Brown, who as managing director of the Greensboro Coliseum Complex now also carries responsibility for the Tanger Center.

“Yet following the demolition of the old War Memorial Auditorium, the Greensboro Symphony was in need of a new home. Our goal was to provide an optimum environment for both types of performances without compromising either.” 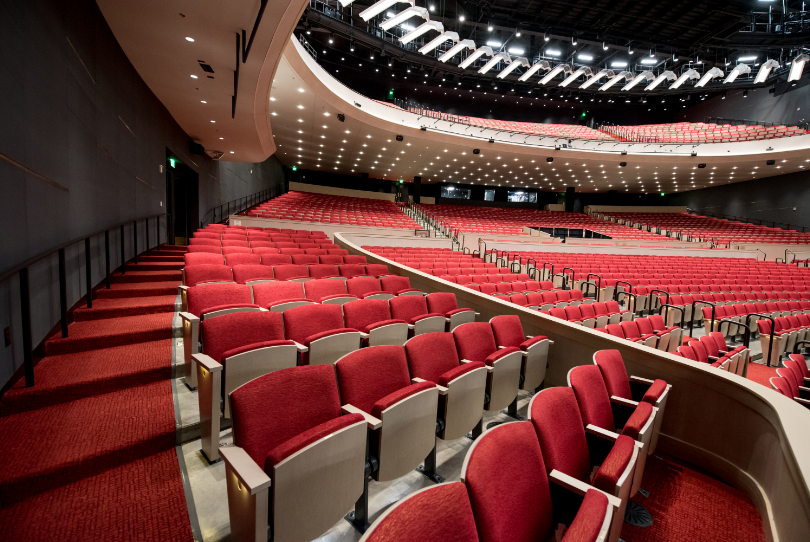 The challenge was handed to the acoustical consultants for the project, Arup of New York, with acoustical design at various stages guided by Matthew Mahon, Christopher Darland and Ed Arenius.

Arup’s recommendation was to design the hall with relatively dry physical acoustics to accommodate spoken word and amplified music with electroacoustic enhancement added as required for most other musical events.

“The symphony would have preferred a 1,600-seat symphonic concert hall, but Guilford College’s Bryan Series and Broadway series were selling double that number,” recalls Brown, “so we needed to acoustically accommodate both. That led to a thorough education on electroacoustic technology culminating in the selection of a Constellation system.”

The Constellation system as installed by SE Systems comprises a total of 205 small full-range loudspeakers mounted laterally and overhead. 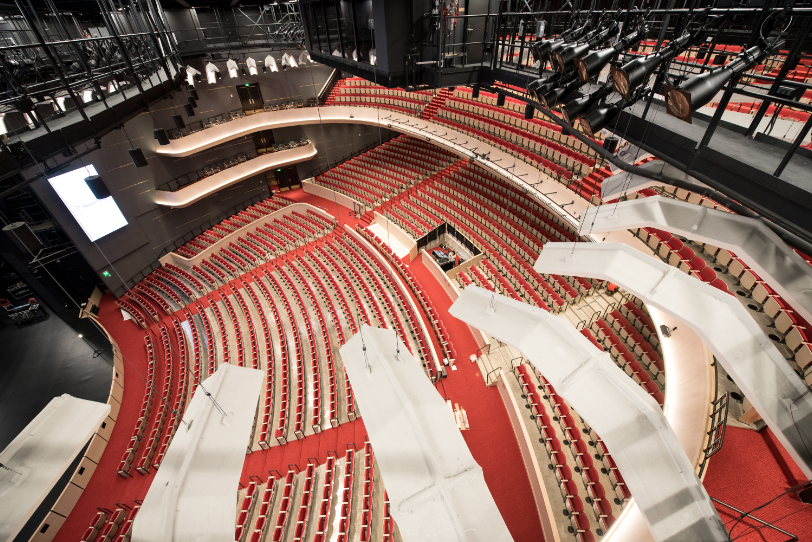 The Tanger Center schedule for 2021 and beyond features the Greensboro Symphony subscription series highlighting concerts with Kenny G and Sting.

Brown concludes: “The acoustical toolset we have in Constellation as applied in a 3,000-seat setting affords economic advantages that I believe will be a model for all future performing arts venues of this type, not just here in the United States, but around the world.”