Musician, record producer and multi-platinum award winning mix engineer Mike Cave gets candid about his musical origins at Liverpool’s legendary Parr Street Studios, the various projects that have been keeping him busy, and his use of oeksound plugins across his mixes.

How did you first get your start working in studios?

I was lucky enough to come up through the traditional roots of working in studios – making lots of cups of tea at the start and watching other producers working, then tape op, then Pro Tools operator sometimes, and then eventually in-house engineer. It took between seven and 10 years of building that before I could go freelance, but the beauty of the process was just being able to watch great producers make records, and look at not just the technical side of things, but how they deal with artists, how they get great performances out of people, and how they deal with things when they’re not going very smoothly. 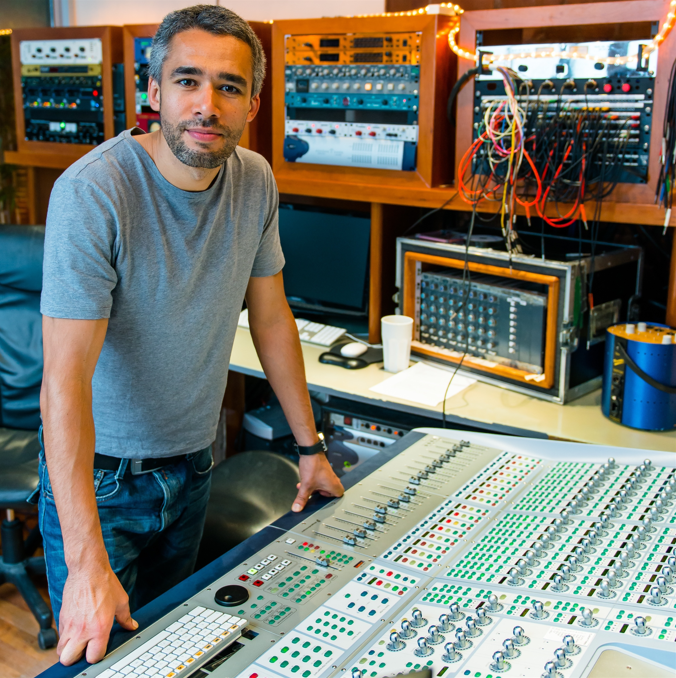 You’ve worked with the likes of Lewis Capaldi, Camelphat, JP Cooper, Foals, Elvis Costello, Noisettes and Tinchy Stryder. Quite an eclectic mix of artists there, but who was your first big gig?

It was a band called The Charlatans; they’d come into Parr Street to do some work on one of their albums, and I did some engineering on that session. The next record they did, they asked me to go and work with them at their studio. As an in-house engineer, you can’t really just disappear for a couple of months and then come back and expect your job to still be there. So that was the turning point for me. It was either, take this leap of faith now and go freelance or just stay static in Parr Street. It felt like the right moment to do it. And thankfully, The Charlatans’ manager Steve Harrison had a few other great bands as well, so once The Charlatans record was finished, he put me on to a few other jobs and it just went from there really.

It was intense but well worth it. We were doing 18-hour days, seven days a week for years, with few days off. We had a little boutique hotel in the building, so usually I’d just see if there was a room free every night, which meant sometimes I didn’t leave the building for weeks on end. Even before lockdown I was the master of quarantine!

Tell us about your company, Loft Mastering.

I created the company around 15 years ago. Primarily I wear two hats; I work as a mixer and I run the mastering business. Between the two, I think it’s probably a 50-50 split, although it of course varies from time to time. 99% of the records that I mix, I also master. I don’t actually produce a lot of records anymore, but sometimes I’ll just stumble on an artist that maybe a label hasn’t jumped on yet, and want to get involved in their project from the ground up. Otherwise, I’ve become a finisher of records, really.

THE KEY TO EVERYTHING IS COMMUNICATION. I FIND THAT THE ONLY TIME THINGS GO WRONG IS WHEN PEOPLE STOP TALKING.

With a lot of projects, particularly that come in from the majors, for some reason I’ve become that person that fixes things that have lost their way a bit. That might involve a lot of additional production or recording some vocals; sometimes artists will come in and just finish off something that didn’t quite go to plan somewhere else. The beauty of being able to finish stuff to the mastering stage is that I can do all-in deals with labels, making everyone’s lives easier.

Potentially planned for this year is that I might be building another room and bringing in another mastering engineer, because at the moment there’s almost too much mastering work, and it’s dragging me away a little bit from mix projects. We’re also going to go fully Dolby Atmos as well this year, so it’s going to be a bit of a challenge.

Could you talk us through your creative process and use of oeksound plugins?

I think the key to everything is communication. What I tend to find is that the only time when things go wrong is when people stop talking, and so I always try and approach things to get an open conversation moving – tapping into artists and what they’re after, what their vision is, what their reference points are, just so that when I actually boot the session up and start mixing, we’re on the same page and I know what we’re trying to achieve. Most of my favourite records that I’ve been involved with have been team efforts; everyone talking and sharing thoughts about what they want, and it always goes smoothly when that happens.

Once I know what we’re doing and I’m getting involved in the mix, it’s really just a case of feeling it out in terms of the key elements of the song. If you listen to any hit record on Radio 1, the chances are that they’re driven by two or three things: the vocal, probably the rhythm section, and a hook. The rest of it’s more just like fairy dust to me really, to embellish and support what’s there. So my first approach is ‘Okay, where are those three things? Where’s the hook etc?’ And once that’s working the rest can just sit around it. 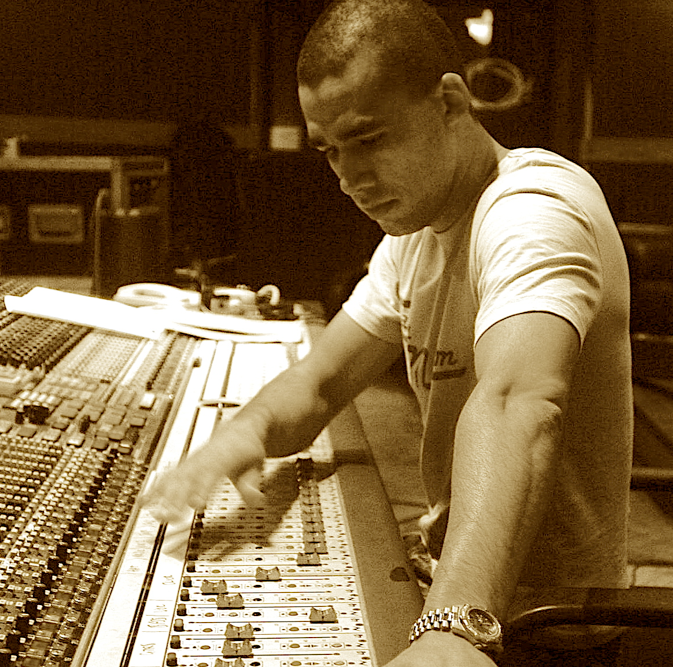 Most of the records that I’m working on are all vocal-led, so that’s usually where I tend to start – drag as much emotion out of the vocal as possible, fit it in sonically, and then build everything around that. It’s still very much a hybrid setup here, so we’ve got a big Pro Tools rig with lots of tools inside the computer, but still a fair bit of outboard, mostly for adding some extra character.

Digital audio is just so unforgiving. Once you start layering multitrack with content (a lot of these cheap condenser mics are to blame for this), say like a bunch of backing vocals, suddenly it becomes very harsh. If you were recording to tape, this probably wouldn’t be such an issue, but with digital, it just builds up and builds up and builds up.

People have tried over the years to write plugins that de-harsh and those sorts of things, but when soothe came out, it was like they’d completely nailed it, and found exactly what we need to counter this problem. You don’t even really need to set it up. It’s very flexible with what you can do with it, but usually you can just throw it on, make a couple of tweaks to the depth and the bandwidth, and you’re good to go. It just tames all of this horrible digital harshness that most multitrack sessions suffer from now.

When I’m using it for mastering, I have to use it in its full resolution, and it still sounds amazing. With a lot of these plugins before soothe, you couldn’t really use them in a mastering context because they’d just be too intrusive. If you were to look at one of my mix sessions, you’ll find soothe on a lot of the multitrack files and the mix buss as well. It’s definitely the best plugin that I’ve seen come out!

Listen to the full interview with Mike Cave on Headliner Radio, here: