Mix engineer Mitch McCarthy has worked with some huge names in the world of pop music, and just so happens to be one of the people responsible for mixing Olivia Rodrigo’s drivers license, which was recently announced as the longest running No. 1 hit on the Billboard Global 200. Headliner spoke to McCarthy about his process, and how he used oeksound’s soothe2 plugin to mix one of the biggest songs in the world right now...

McCarthy has kept himself very busy indeed of late, having been inundated with records to mix since the success of drivers license, and he’s very thankful for the situation he finds himself in. In fact, he admits that working on the record has motioned a complete turning point in his career.

Starting out as a guitar player, McCarthy soon caught the recording bug, and was being shown different techniques on Pro Tools when the DAW first started to gain traction. He threw himself into learning everything he could about the recording process, eventually attending recording school in the San Francisco Bay area where he gained experience working with tape on large format SSL and Neve consoles.

McCarthy then started his professional career as an assistant to songwriter and producer Mario Marchetti, who taught him the ins and outs of the music business, the record making process, and vocal production in pop music. He subsequently met his current manager, Ian McEvily, and was busy
enough at the time to start mixing records on his own, which he’s been doing ever since.

“It’s been a lot of time and patience, and just never really giving up,” says McCarthy. “I’m from the generation of people who work mostly in the box, but I think getting my hands on analogue gear in recording school changed the game for me, and I’ve always wanted to incorporate both into my workflow. Over the years, I’ve developed a hybrid setup here at my studio, with specific pieces that I like to use to impart a certain vibe or colour.

“For quite some time I had a studio in the house that I was renting, but it got to the point where I needed to separate them. My studio now is in downtown L.A, just a block from Warner Brothers in the art district.” 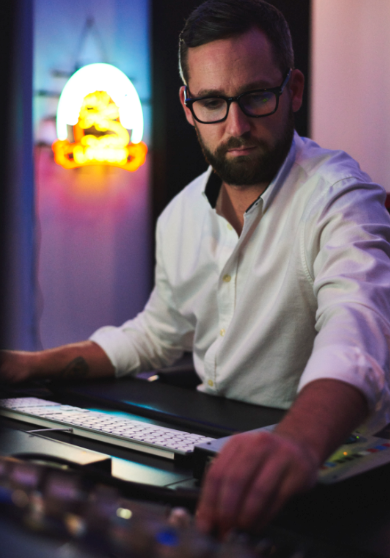 SOOTHE SITS ACROSS THE WHOLE THING AND GELS EVERYTHING TOGETHER IN A SENSE, ESPECIALLY WHEN SHE STARTS HITTING THOSE HIGH NOTES.

When it comes to his studio setup, McCarthy is a big fan of Dangerous Music gear, utilising an Apogee Symphony as his main interface with a Dangerous Convert-AD+. Most of his analogue processing is on his master bus, so he also makes use of the Dangerous Music Liaison, “which is like a digital patch bay,” he explains. “I have all my mastering gear going through the Dangerous, and I can quickly audition them with the click of a button.

“I’ll route all the outputs from my Apogee Symphony into the Dangerous Music summing box, and then from there that goes to the digital patch bay, where I can audition certain pieces. One of my favourites that I have here is the Hendyamps Michelangelo; if I get something that sounds way too digital and harsh, I can immediately run it through this piece and it’ll impart some really nice colour, as well as taming the high-mids a bit.”

McCarthy tells me that he also has a Dangerous BAX EQ, an SSL Fusion, a Warm Audio bus comp, and a Manley compressor in his arsenal ready to be called up when needed:

“Mixing is about the little details,” he adds. “If you can get an extra two or three percent out of the physical piece of gear, then I’m gonna buy it and use it.”

A random internet search caused McCarthy to discover oeksound back when the company was brand new:

“I was using multiband compression for a very long time to tame those high-mid resonance frequencies and harshness, but after downloading the soothe demo and putting it on my vocal, I immediately was like, ‘Okay, this just saved me hours of automation work,’” he reveals. “I think every single session I’ve received since has had soothe somewhere on there, whether it’s on guitar, vocals, or on the master.

“I find that it works best with my workflow on acoustic or electric guitar, and then of course on vocals it’s a game changer, usually sitting last in my vocal chain after everything else. The interface is super easy to work with, and I love the oversampling feature - I think that steps up the sound completely if you have the CPU power to use it. It’s fantastic. I start with my master bus preset which, when used subtly, does something really nice across the master - just levelling off things that are poking out.” 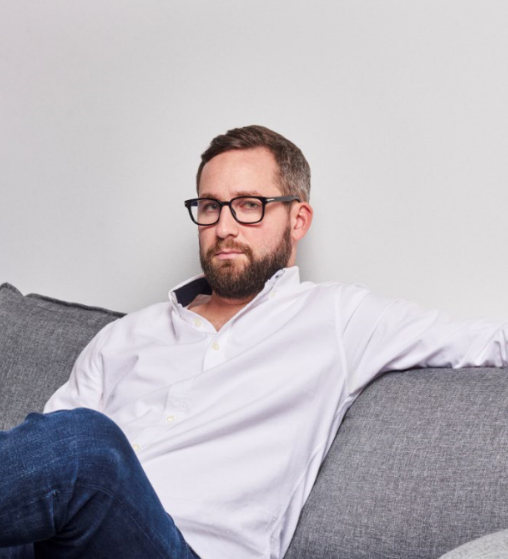 McCarthy already had a friendship with fellow songwriter and producer Daniel Nigro before the pair found themselves working on drivers license together, blissfully unaware that the song would blow up in the way that it has.

“I never get too tied up on that notion of ‘this is gonna be a big song,’ - you have to detach yourself from that mindset, because otherwise you’re always just going to be let down,” he shares. “It was just through the relationship between Dan and I that this came about, and now we’re trucking along.”

McCarthy asserts that the track’s appeal is rooted in Olivia Rodrigo’s performance, more than anything:

“When I got the session she sounded incredible already,” he recalls. “So it was more of an enhancing process of making sure the track breathes and that it’s dynamic. That’s definitely one of the comments I’ve been getting from fellow producers, mixers, engineers; that there’s just so much emotion in the song and it sounds so dynamic. I think what comes into play there is just a lot of automation. I have to give a lot of credit to Dan, whose idea it was to basically bring the vocal to the forefront. When you listen to the production, I think there’s only something like 20 total stems in the whole session, with very minimal compression across the whole track.