Last Christmas (2019) is reportedly the highest-earning Christmas movie soundtrack, with over £8.7 million in estimated royalties from its growing 2.5 billion combined streams.

The album features the iconic Christmas song Last Christmas by Wham!, the most streamed song in the study.

In a bid to reveal the most iconic festive film soundtracks, 34 Christmas movie soundtracks were analysed and calculated their estimated royalties (using Musicgateway.com) based on the combined number of Spotify streams.

Coming in second is the worldwide classic Love Actually (2003), with nearly 1.3 billion combined streams and nearly an estimated £4.5 million in royalties.

Four Christmases (2008) follows in third place with just over 1.2 billion combined streams, earning just over an estimated £3.8 million in royalties.

Notable fan-favourite Christmas films such as The Polar Express (2004) and Home Alone (1990) also made it to the top 10, potentially racking up nearly £2.9 million and £1.2 million from royalties, respectively. 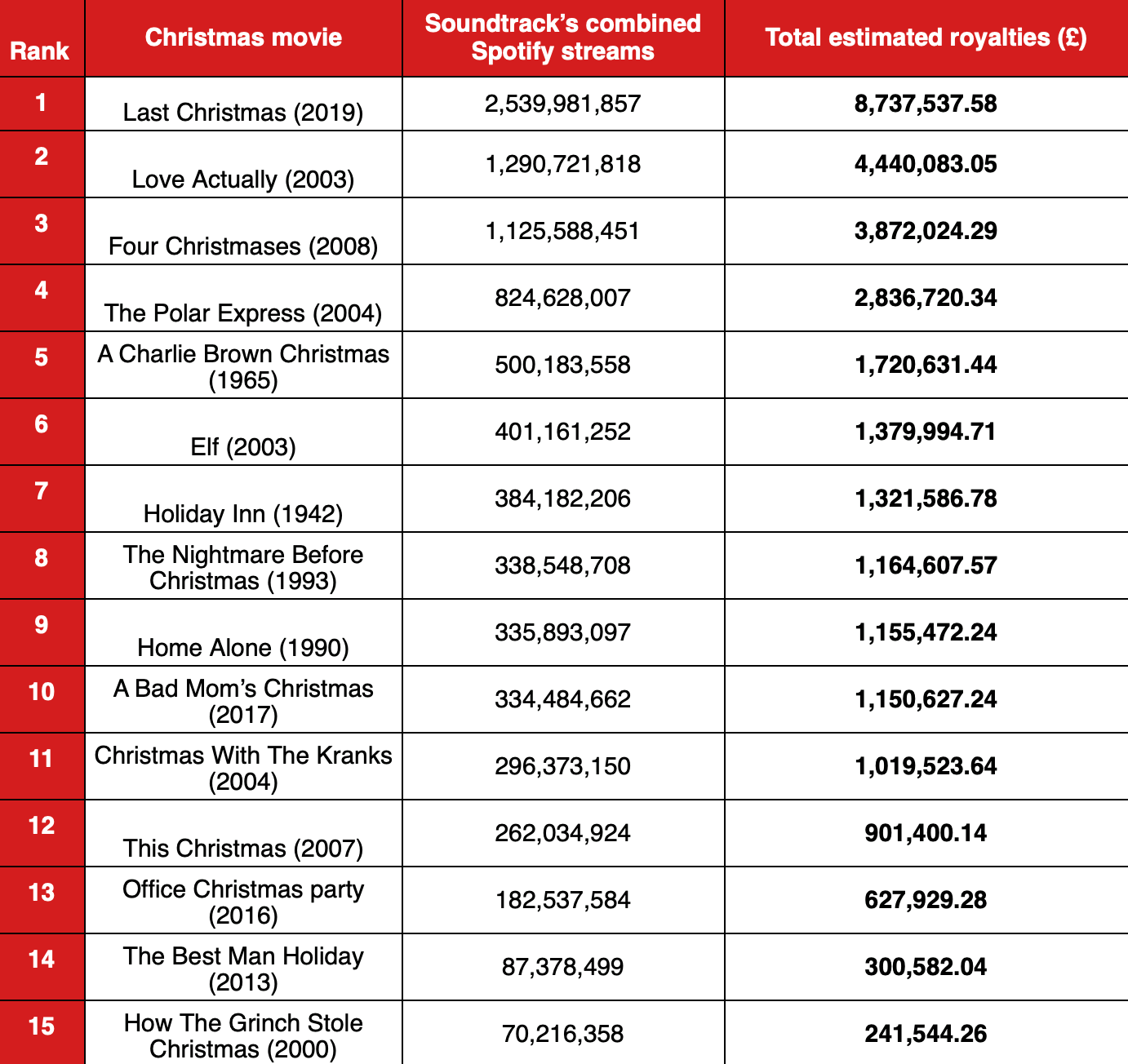 OnlineCasinos.co.uk analysed sources such as denofgeek.com, udiscovermusic.com and bustle.com to uncover a list of the most popular Christmas movies based on their soundtracks.

A total of 34 Christmas movie soundtracks were then compiled into a seed list.

Each movie’s official soundtrack album was sourced on Spotify, where the number of ‘plays’ (streams) was collated for each song.

The most successful Christmas movie songs

Movies with no official albums were excluded, leaving 23 in the final data set. The most played song from each album was also collected.

Subsequently, the number of streams was amassed to a final stream total per soundtrack and then inputted into a royalty calculatormusicgateway.com.

The Christmas film soundtracks were then ranked by the highest estimated royalties, and the number one place was crowned.

This data was collected on December 6 2022 and is accurate as of then.