The music world has been paying its respects to Queen Elizabeth II, Britain’s longest-serving monarch, who has died at the age of 96.

The news of the Queen’s death was confirmed in a short statement from Buckingham Palace, which read which read: "The Queen died peacefully at Balmoral this afternoon. The King and The Queen Consort will remain at Balmoral this evening and will return to London tomorrow."

King Charles III also issued a statement: "The death of my beloved mother, Her Majesty the Queen, is a moment of the greatest sadness for me and all members of my family. We mourn profoundly the passing of a cherished Sovereign and a much-loved mother."

A period of national mourning for the UK has begun and is set to last until the end of the day of the Queen’s funeral, with the government set to announced further details in due course. Major sporting fixtures are being postponed as a mark of respect, while the 2022 Mercury Prize was cancelled after doors opened on the event last night (September 8). Other cultural events including the BBC Proms will also be postponed.

Since the news of her death was announced, global icons from across the music industry have been taking to social media to show their respects to the Queen and her 70 years on the throne.

Mick Jagger said: "For my whole life Her Majesty, Queen Elizabeth II has always been there. In my childhood I can recall watching her wedding highlights on TV. I remember her as a beautiful young lady, to the much beloved grandmother of the nation. My deepest sympathies are with the Royal family."

Heavy metal legend Ozzy Osbourne stated: "I mourn with my country the passing of our greatest Queen. With a heavy heart I say it is devastating the thought of England without Queen Elizabeth II."

Meanwhile, Iron Maiden said in a Tweet: "Iron Maiden are saddened to learn of the passing of Her Majesty, Queen Elizabeth II - a British institution and global inspiration for more than 70 years. God Bless you Ma’am."

"Along with the rest of the nation, I am deeply saddened to hear the news of Her Majesty Queen Elizabeth’s passing,” Elton John tweeted. “She was an inspiring presence to be around and led the country through some of our greatest and darkest moments with grace, decency and a genuine caring warmth. Queen Elizabeth has been a huge part of my life from childhood to this day, and I will miss her dearly."

Fleetwood Mac singer Stevie Nicks also took to social media to write: "She knew when to get in the way, and she knew when to get out of the way, to think about what she would do next. She was very smart, and very beautiful, and she made it very clear to all the brilliant men who surrounded her that she was The Queen, and they were not. She showed all women how strong they could be. For 70 years she did this. She inspired me. She was an anointed Queen, a beautiful Queen and an unforgettable woman. The world is an empty place without her." 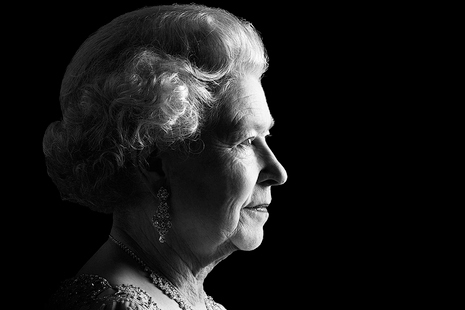 I am sad for my country and what it has lost. Sting

US star Bon Jovi also paid his respects: "Queen Elizabeth was the ultimate example of service and duty… today is a sad day."

Billy Idol commented: "The Queen passing today made me think of my mum Joan Broad who passed two years ago, both born of the same era and lived their lives with cool, dignity and grace…"

Yoko Ono posted on Twitter: "We would like to send out deepest sympathy to the Royal family following the passing of Her Majesty, Queen Elizabeth II; a strong and powerful woman whose seventy year reign was served with integrity, dignity, grace and compassion. With love, Yoko and Sean Ono Lennon."

Diana Ross shared the following message on social media: Thank You to Her Majesty, The Queen. She devoted her life to her country and to the service of others. I am happy I was able to say thank you to Her Majesty at this year’s Platinum Jubilee. With love and condolences to all of her family, we all celebrate her life.

Sting also tweeted: “I had a quiet weep for the Queen, I am sad for my country and what it has lost.”

Duran Duran posted the following message on Instagram alongside a picture of the Queen: “Her Majesty the Queen has presided over the UK for longer than any other British monarch. She dedicated her life to the people and set an extraordinary example to the world throughout her reign. She’s seen changes that are beyond what any of us can imagine. She has faced challenges that she has risen to time and again. Her life has been remarkable in so many ways. We will all miss her and are grateful for the incredible service she gave to the people of Great Britain and the countries of the Commonwealth. We send our deepest condolence to the royal family. Her death brings to an end a long and unique chapter in the history of the United Kingdom and the world.”

Kylie Minogue took to Twitter to share: The occasions I had the honour of being in the presence of Queen Elizabeth II, her energy, compassion and aura had a most singular brilliance. I was, and am, in awe. My deepest condolences to family and friends. Rest in Peace.

Gary Numan simply wrote: “This is a sad day. A very sad day.”