Mychelle on Forbidden Fruit: "It’s me playing a game with myself"

Mychelle, born and based in the vibrant community of Hackney, East London, is a singer-songwriter on a meteoric rise. After several years busking around her home city, Mychelle was discovered during a busk by an employee at Idris Elba’s record label, leading her to be plucked from performing on the capital’s streets and stations to featuring on a track with Elba on his Yardie Mixtape. She’s just released the dazzling Forbidden Fruit, a gorgeous and soulful song that features label-mate and emcee Enny. She’s also just competed in her first charity boxing match, so the hits keep coming in more ways than one.

With a cursory glance at Mychelle’s discography, you could be forgiven for thinking she’s been making music for just over a year, and her success so far has just fallen at her feet. Indeed, the first song she ever released was the gorgeous, jazzy and soulful number The Way last year. Her brilliant voice, acoustic guitar paired with deft instrumentation call to mind Corrinne Bailey Rae and fellow Londoner Lianne La Havas.

But the dates on Mychelle’s releases don’t tell the full story — after singing and playing guitar for most of her life, she took the very courageous step of busking around her capital city, sometimes as part of Sadiq Khan, the Mayor of London’s initiative, Busk In London.

To build on The Big Smoke’s great reputation as a busking city, Khan and the team behind the initiative sought to help street performers by granting extra opportunities at places like Westminster Abbey and the metropolis of London Bridge Station, as well as assisting musicians in buying contactless payment devices.

“I was busking for many years, and I did think about releasing my music,” she says. “But I didn’t just want to rush things out. I wanted there to be a project.

"The first place I did was under the bridge in Shoreditch. And then through a competition I got a licence and I was doing the Underground in stations like Kings Cross, London Bridge and Piccadilly. They're all my favourite spots. It’s great that the Mayor’s busking scheme keeps expanding and getting Network Rail involved, and each act gets two hours.”

Mychelle also wisely used these experiences to develop not only her singing, guitar playing and performance, but also her songs as well. Knowing that passersby wouldn’t have prior knowledge of her canon, she would perform songs she had only begun writing and improvise new parts and verses.

“I think I wanted to just get better at singing and performing. It would be a place where if I had a new song and it was maybe half finished, I would start improvising, because no one's there especially to see me. So they have no idea what the song is.

"Sometimes I used to sing the same verse three times just to see how it would sound in different ways. I just wanted to get better and better at singing and get used to my songs as well.” 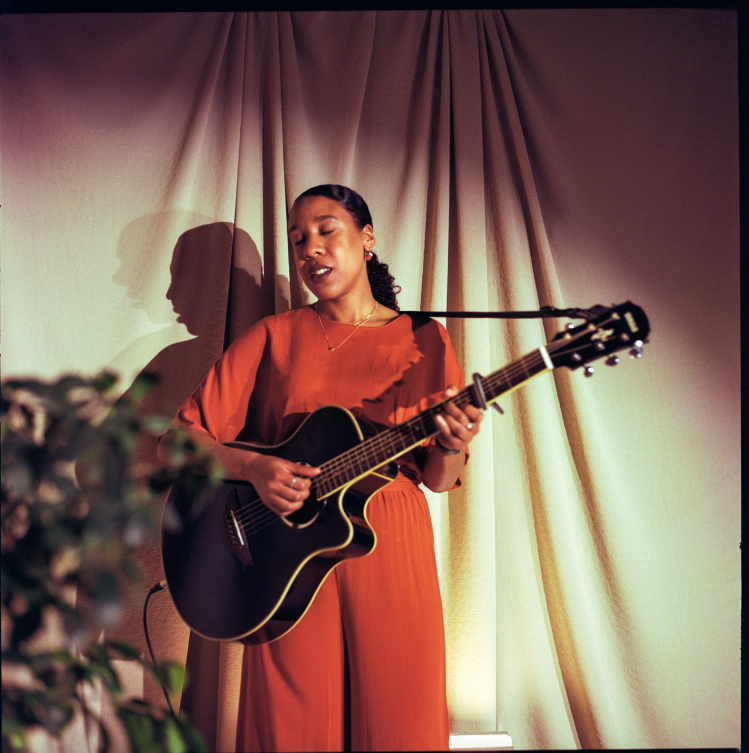 You often hear romanticised stories of how a humble busker gets noticed by a passerby who happens to have the right connections. This was very much the case for Mychelle, who was busking away at one of her regular train stations in London, unknowingly near the office for actor, DJ emcee and all round superstar Idris Elba.

And on that day, the stars aligned and an employee at the label was passing by and took Mychelle’s details. This led to her featuring on a track with the eminent Elba himself, on the Idris Elba Presents: The Yardie Mixtape.

“That was before I released,” Mychelle recalls. “Someone from his label saw me busking, because I was at a station really near his label’s office. She took my Instagram and then reached out to me via Instagram. I remember thinking, ‘No way!’ She invited me down. And literally the first day I went down to the office, he happened to be arriving at the building that day.

"I was thinking of all the places this man could be in the world filming or performing, he happens to be in the office that day. So I met him and it was really nice. And they really liked my music.”

This is before mentioning an excellent feature from label-mate and London emcee ENNY, who helps take the track to the next level. The music and production adapt stunningly for the spoken word section, before Mychelle closes with arguably the best moment of the track as her singing really lets rip.

And while Forbidden Fruit sounds completely fresh, it is in fact a song Mychelle wrote several years ago while she was working away behind the scenes.

“I actually wrote it a year or two before all the lockdowns,” she says. “That’s one I used to sing a lot in the Underground stations and at shows. And with ENNY, I just messaged her asking if she’d be on the track, and she agreed and was really up for it straight away.”

Considering all the layers mentioned above, it’s a song that’s been on quite a journey since purely being Mychelle and her guitar, being played to the general public.

“It was interesting because I was so used to the way I used to play it before,” Mychelle says.

“We went back and forth on it a few times, the right idea didn’t come straight away. But when we found the right idea, I loved the way it evolved. Having ENNY on it really helped too. We had to test out a few things but I’m so happy with it now.” 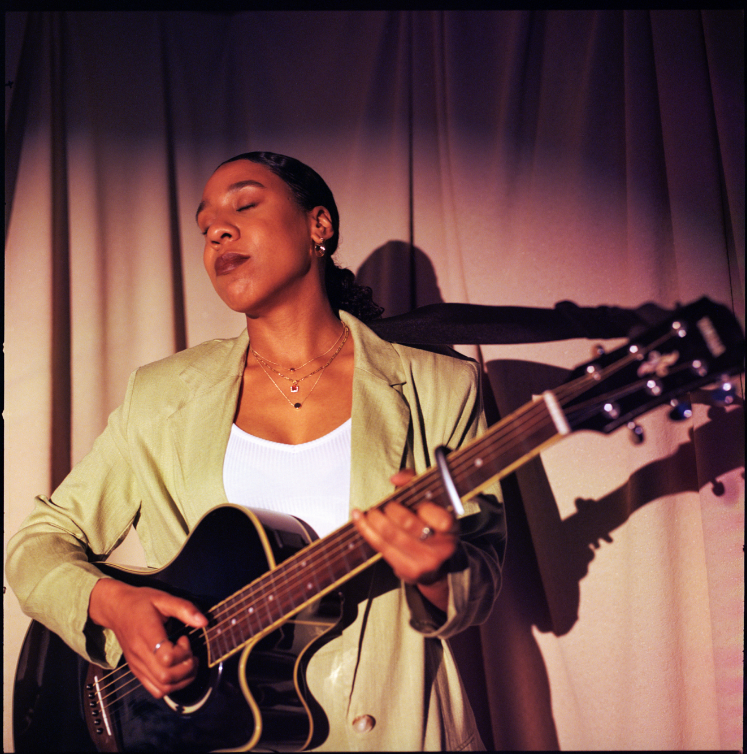 The song’s video matches the undeniable quality of the music. We see Mychelle making her way through a forest tentatively, lots of arty shots of fruit bowls, rolls of the dice, and we even see her playing herself at chess — read into all the meanings within the video as you please. Mychelle was keen to have as creative a role in its production as possible.

“We could have had a love interest in the video because of the lyrics in the song, but I was keen from the start to not go down that route. I wanted us to approach it differently, where it’s me playing a game with myself.

"The part that I play in it, almost me toying with myself to keep thinking it’s okay for me to keep going back. I just didn’t want the video to be too obvious in that way.”

Building the success of this single, this summer is going to be a big one for Mychelle. She’ll be doing her biggest headline show yet at The Lexington, North London, and this is shortly before supporting George Ezra, Holly Humberstone and Blossoms in the nearby Finsbury Park, rounded off with a few festival appearances around the UK and The Netherlands.

Dare you sample the forbidden fruit of Mychelle’s music? There’s a very strong sense that she’s about to blow up in a big way, so perhaps you are reading this and then listening at that critical point before all the biggest opportunities start arriving for her.

You’ve certainly missed the chance to see her playing as you rush to catch the tube. One to watch, without a shadow of a doubt.