US singer-songwriter, Haley Gold, who spent her late teenage years and early twenties writing and recording original music after the split of all-star girl group DAME, talks to Headliner about her time in the group, her biggest musical influences, her recently released single Laughing In My Sleep, and her upcoming tour in NYC.

Tell us about your start in the music industry with DAME.

I was in that girl group from the ages of about 17 to 21. Those were my growing up years; it was a lot about finding out not only who I was as an artist, but how I can contribute to a girl group in that kind of setting. It taught me literally everything, especially with Shawn Stockman [Boyz II Men], from harmonies and making connections to character building and teamwork, and more importantly, how to get myself out into the world when it came to what I wanted to sing about.

It certainly helped with my growth coming out of that group. Having recently entered my twenties, I was just in a state of ‘okay, I knew who I was in a girl group, but how can I define who I am not just as an artist, but as a person.’ So there was definitely a lot of soul searching going on during that time, and it helped me get into the creative process of writing music – not just about breakups and friendships and stuff like that – but about daily life; things don't have to be sugar-coated and great all the time when it comes to writing songs. There was a lot of vulnerability and expression that came out of my songwriting during that period and it led me to who I am now.

I think the best thing you can do as a songwriter is just get out into the world and see things, and just let your creativity flow.

Who are your biggest musical influences?

I think one of the things that made me start singing was certainly being a Justin Bieber fan. Seeing how he started on YouTube was definitely relatable to me because that's how the group was discovered, so I definitely found a big connection with how Justin grew up and how he created his name and his brand, not just in the US and Canada, but all over the world. I grew up watching his tour videos and just wanted to learn as much as I could.

I was R&B growing up so our music aligned quite a bit, but now being a songwriter and a pop artist, I'm listening to Julia Michaels, JP Saxe, a lot of Olivia Rodrigo, Tate McRae, Dua Lipa – artists that really put not just their own experience into it, but their grief and their problems, their issues and their challenges. It made me a little bit more vulnerable in the process and made me really want to get myself out there.

How did your recent single, Laughing In My Sleep, come together?

That song was definitely an outlier. I did not expect in my wildest dreams to actually create a song as disco-ey and poppy as that was, but it turned out for the best!

Laughing In My Sleep was a bit of a power move when it came to feeling confident and wanting to truly embrace who I was, because at the time the song was written, I needed that extra push to get myself out there. It was the start of 2021, so everyone was still in that headspace of loneliness, and I really wanted it to be something that gave people the motivation to get out there for themselves. 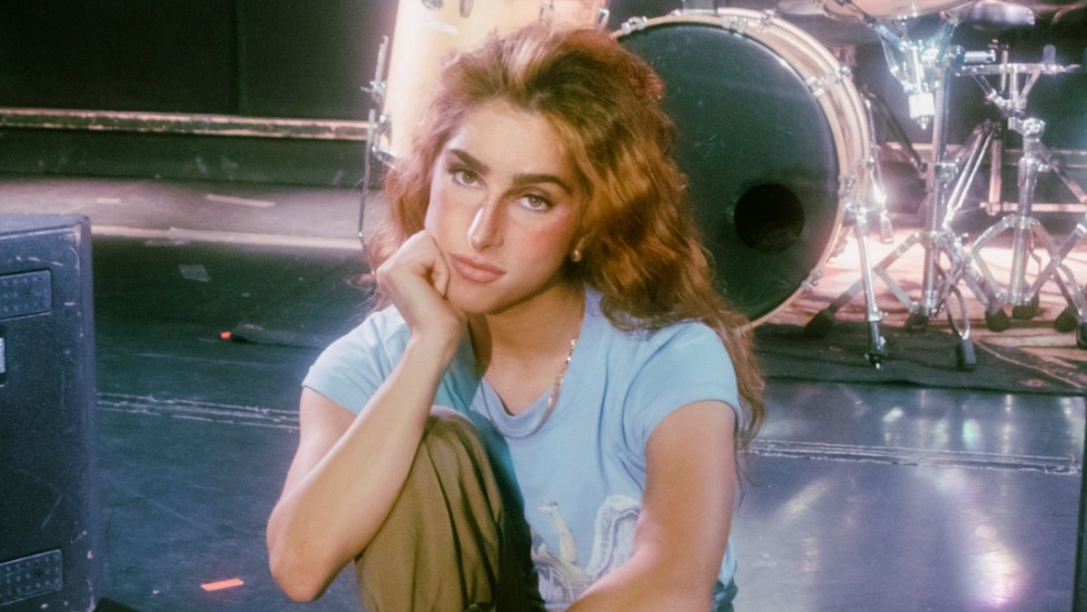 I wrote it with my two best friends Jesse Blumenfeld and Mark Sanderlin. It came out of one session and we stepped back from it a day later and just thought, ‘did we just do something that sounds like a big pop song?’ When I received the final master I cried tears of joy, because I never expected the song to sound as good as it did. I just hope that everybody else feels not only how dancey and poppy it is, but the pain that also went into creating that song. It really helped me get out of a sticky situation, and hopefully people not only listen to the production, but to the lyrics as well, and it lifts them up just like it did for me. I think the best thing you can do as a songwriter is just get out into the world and see things, and just let your creativity flow.

It’s in the works; I can finally say all the songs are done. So it's just a case of pressing a button at this point, and just making sure all the stars are aligned, but I am very, very happy with it. It's a great piece of work that embraces who I am not just as a person, but as an artist.

Can you share any info about your upcoming tour in NYC?

Absolutely! It’s called the Made You Cry New York City Tour, where once a month I'm going to different places in the city to perform my entire EP for people to hear, hopefully growing a bigger fan base and just making people more aware of my music and who I am. I've been nothing but grateful for my band, my team and how it's been working so far. And the summer is coming, so a lot more of this kind of thing will be planned!