On Set On Pam & Tommy: "You might only get one take, and it better be right!"

“Based on the true scandal that started it all…” teased Hulu on its upcoming Seth Rogen-produced biographical drama miniseries, Pam & Tommy, which is based on the tumultuous relationship between Mötley Crüe drummer Tommy Lee and actress Pamela Anderson. Details are scarce, but it’s safe to assume viewers can expect to have their memories refreshed about the pair’s whirlwind romance that started with them marrying after knowing each other for 96 hours, their divorce three years later, and that stolen tape.

“I said yes right away, because of what the two represent in Hollywood and the music industry,” says Emmy award-winning sound mixer Juan Cisneros, whose company Sound695 Services worked on Pam & Tommy.

“I knew it was going to be a challenge for the sound department and I knew that many fans would be drawn to the content of the story! I started reading the scripts and saw that it was not going to be easy.”

The production twists and turns through many locations, and throughout it all, Sound695 relied on Lectrosonics wireless audio. Their most recent acquisitions – five DSQD receivers and two DPR-A plug-on transmitters for boom mics, and some new DBSM digital bodypack transmitters recently ordered – join a legacy arsenal of SMV, micro-compact SSM transmitters, and wideband SMWB transmitters.

“Our five DSQDs are split between three on my main cart and two on a more portable system,” explains Cisneros.

“We have a sixth on order so the carts will both have 12 channels each. Lately, it seems like every show we do goes more smoothly with two systems. Not just for backup, but for going into a process trailer or any remote location where the main cart is not feasible.” 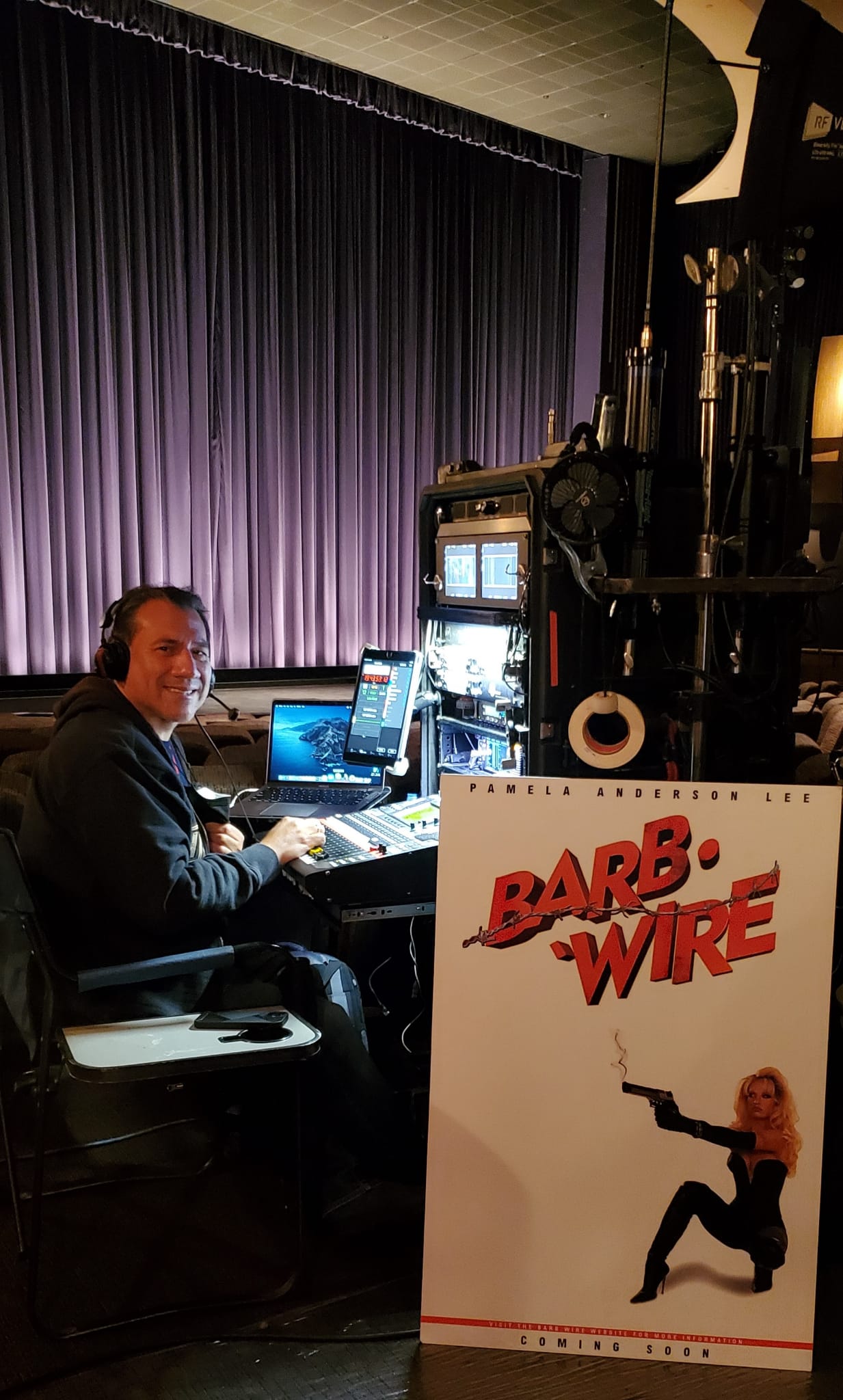 In television you have to be prepared for it because you might only get one take, and it better be right!

Part of Lectrosonics’ new all-digital D Squared line, the DSQDs are not only backward-compatible with Digital Hybrid Wireless units, but also wideband – a feature Cisneros finds useful on a daily basis.

“On Pam & Tommy we shoot all over the L.A. area. We might be in the [San Fernando] Valley for one scene, in Hollywood the next, and all the way down in San Pedro the next. The RF spectrum is very different from one location to another, so I love being able to scan from 470MHz all the way up through all available blocks.”

Recreating the tumultuous romance of Pam & Tommy often required frenetic blocking on the actors’ part, which is where the DPR-A transmitters on the booms came in:

“We shot a scene where Pam and Tommy are going from the hallway to their walk-in closet while changing clothes, and then to their bedroom, whilst getting into a heated argument along the way,” he recalls.

“They’re getting undressed, twisting and turning, going from a whisper, to yelling at each other. I had two booms: boom 1 for Pam (played by Lily James), and boom 2 for Tommy (played by Sebastian Stan).

"There were also five plant mics, but there’s no way we could have captured all their dialogue with cables attached to our booms. With the DPR-As and SMWBs we had the freedom of movement to follow the talent all over the house. 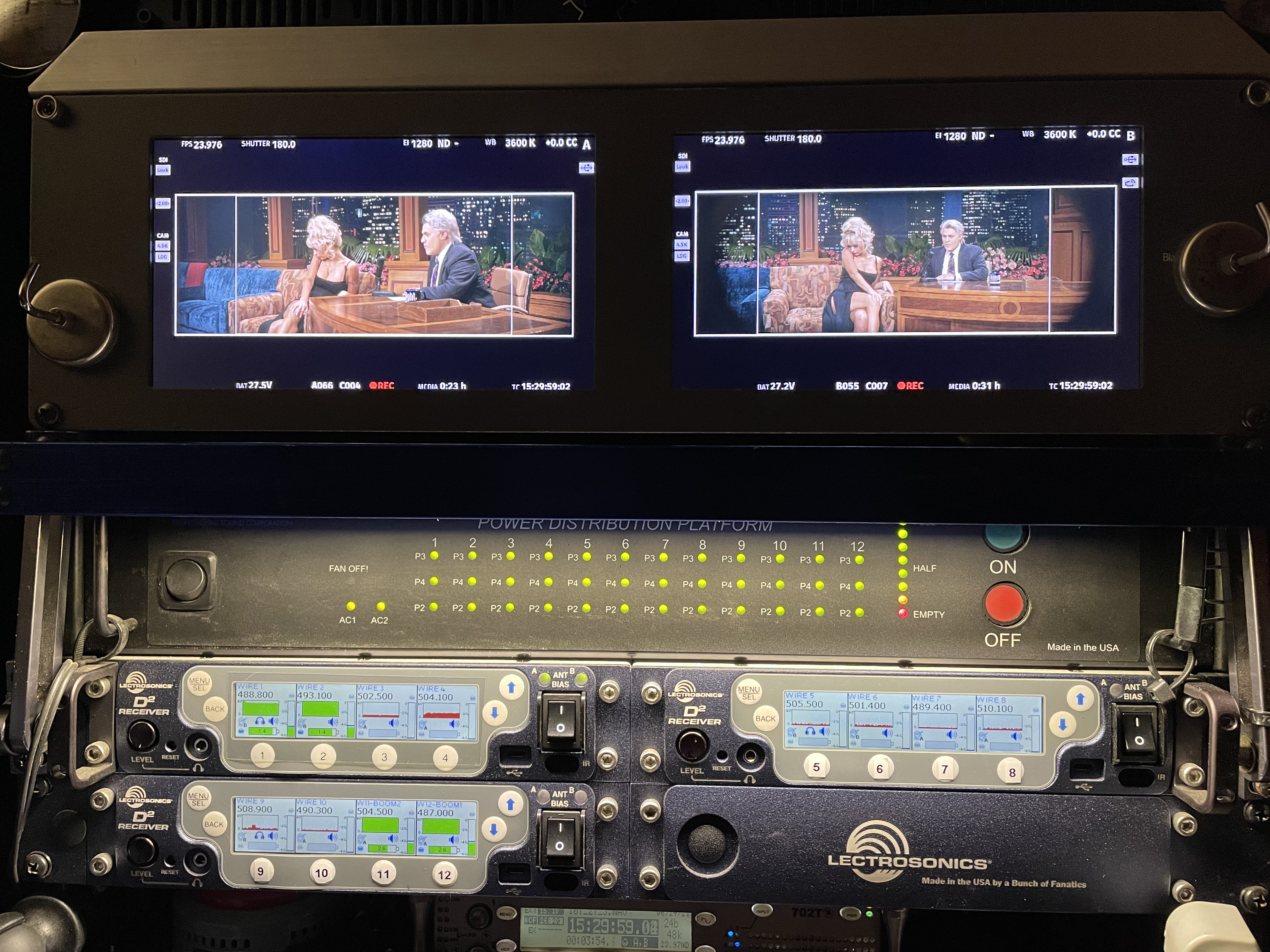 “I couldn’t do the show if it wasn’t for the Lectrosonics wireless mics,” he points out.

“Sometimes the locations are not good for sound, but we managed to make it work! When we work on shows, now that cameras are using wireless systems, one thing we often hear from directors and producers is, ‘how come we’re getting sound but not picture?’ – and we like to keep it that way!”

Cisneros shares that he’s used to following a rigid call sheet, but that Pam & Tommy meant that the sound team had to react quickly to last minute changes:

“I knew the locations, but most of the time the call sheet didn’t mean anything on this show! The script was changing very secretly during rehearsals, and due to covid limitations there were only limited rehearsals. If there were changes we just had to be creative and roll with it, but the actors, directors and producers are very happy with the final product.

"It takes years of experience to master these types of situations, but in television you have to be prepared for it because you might only get one take, and it better be right!

"When you do a lot of TV, you have to get creative because your ‘A’ plan might change in a split second, and Lectrosonics understands this. That’s why I’m a huge fan of them as a company.” 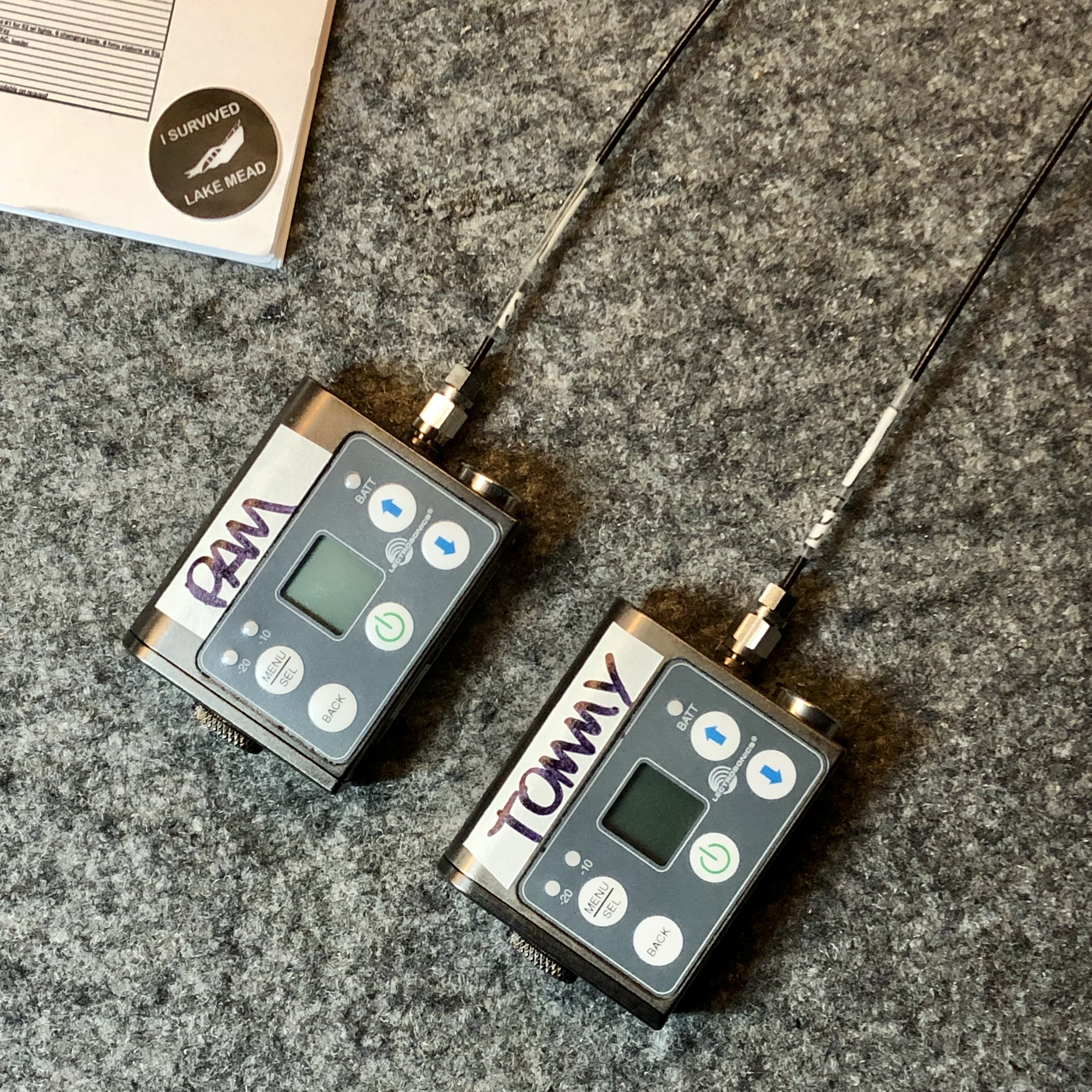