Peter Baert On Scoring The Water Man: "I Knew It Needed A Lot Of Time And Thought"

A Belgian composer in the midst of his Hollywood breakthrough, Peter Baert has diligently worked his way up scoring Belgian indie flicks, until the opportunity to compose for The Water Man (executive produced by Oprah Winfrey) arose. Headliner took the opportunity for a chat with Baert about the polarity of euro-cinema versus big-budget American productions, creating tailor-made synths for films, and why he's been a Cubase user for as long as he can remember.

“My dad was a principal at a music school,” Baert says as I ask about the beginnings of his music-making.

“And he was an organist in the town where we lived in Belgium. My sisters were all doing cello, violin and one was a soprano. So there was always classical music in the house. My father had a couple of choirs and we travelled around Europe with the choirs to Poland and Hungary in the ‘80s. Of course, my father was a bit strict and there was no pop music allowed!”

Becoming a film composer might not strike you as some big rebellious act, but in the context of this upbringing, it certainly feels that way for Baert.

He explains that “I had a lot of arguments with my dad and I chose a different direction in going to film school to study sound and editing. And I also got into electronic music, making a couple of records. I played concerts at Pukkelpop Festival and in the Ancienne Belgique in Brussels. It was my kind of teenage protest against my dad.

"Then later in life, you get older and a bit wiser. I rediscovered the classical interest in me. Especially when my mum died in 2008, that was a big event for me. And I suddenly realised how stupid I was, to not explore that classical side. So I talked with my dad about that, and he was very supportive.”

I mention how film composers have been becoming increasingly international over the last few years, not only in nationality, but the mere fact the days of having to be based in Los Angeles in order to pursue this line of work seem to be mostly gone. That said, Brussels perhaps isn’t among the most famous cities for the scene.

“Of course, in L.A. you have Remote Control Studios (the mothership of Hans Zimmer),” Baert says.

“And then Berlin has a perception of being very hip. But there's a lot of things happening in Brussels as well. There's a great techno scene. There are a lot of clubs. We have the Ancienne Belgique in the centre of Brussels, which brings a lot of new bands.”

Of the Belgian independent films Baert has worked on prior to his US breakthrough, I ask him about 2017’s Façades, which saw him collaborating with the Belgian ensemble Echo Collective.

Knowing that they’ve collaborated with such classical heavyweights as the late Jóhann Jóhannsson and A Winged Victory For The Sullen, I ask Baert about his experience with these musicians.

“Neil and Margaret are such fantastic musicians,” Baert says of the collective.

“And they really have also focused on their music and what they want to do and for Façades I really wanted to tell the inner story of the main character and her struggle within. I felt the calling for the harmonics of strings and long notes, which was why I reached out to Echo Collective because I really felt they could bring something to the score.” 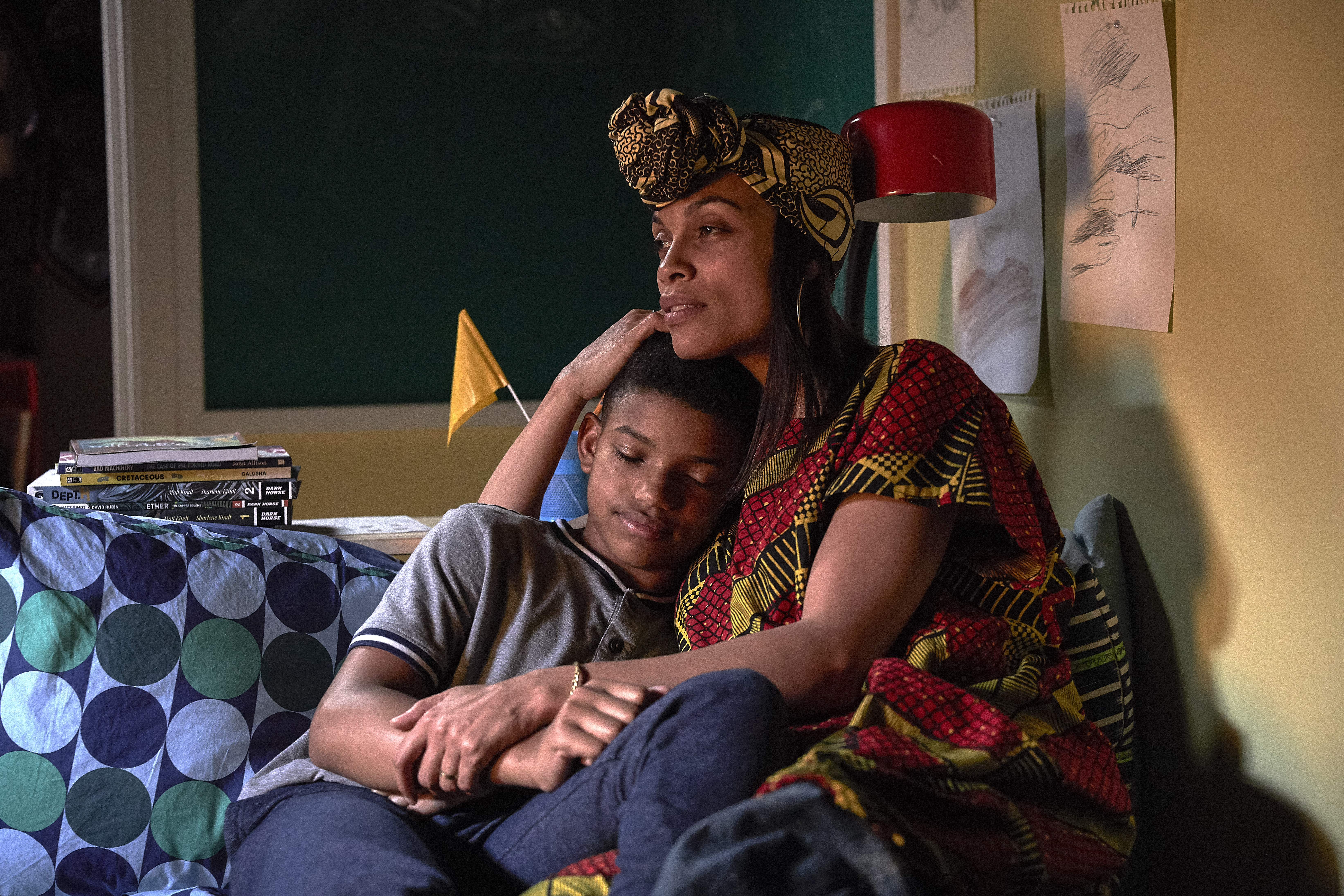 Sometimes you can really be breaking your teeth on a cue! The Water Man was no exception to this; I knew it needed a lot of time and thought.

The Water Man, on the other hand, is a heartwarming film that follows Gunner, a young boy desperate to save his ill mother — he hears tales of the titular Water Man residing in a nearby forest who possesses the secret to immortality, and quickly sets off on the adventure.

As Baert had lost his own mother to cancer, he was extremely keen to be involved in this project, even calling getting the job a “fairytale myth”.

After missing out in the first round of hiring, which he says was “a hard one to swallow”, he got the call nine months later when it didn’t work out with the original composer. The decision to eventually hire Baert was in large part thanks to the demo material for the film he had wisely composed earlier on, which the crew kept coming back to.

“But that’s what it takes. These projects aren’t something you can do in a couple of hours. Sometimes you can really be breaking your teeth on a cue! The Water Man was no exception to this, I knew it needed a lot of time and thought.”

Speaking about Baert’s work on this Hollywood film gives an interesting insight into going from smaller-budget Belgian films to a movie of this scale.

“We had planned to go to Budapest to record a 60 piece orchestra,” he explains. “But when the virus came we had to rearrange it and find another solution. I’d say what strikes me more than just the larger budgets is the level of professionalism that you have when you're working with people in Hollywood, everyone is really focused on their craft and on the film.

Another signifier of Baert’s great commitment to this project was his creation of new synthesized voicings for the movie.

“Me and David (Oyelowo, the director also known for acting parts in A United Kingdom and Selma) talked about it and he said ‘wouldn't it be great to have this motherly sound going on in the forest?’ Which was something I thought I could do with voices, only it would be too on the nose. So I had this idea of making a soundscape synthesizer with some vocal samples.

"I got this great vocalist into the studio. We recorded all kinds of vocals, and I put them in Pro Tools and started making these long stretch notes with delays and effects. Then I put the sounds in Kontakt, which gives you the ability to play the sounds like a synthesizer.”

The Water Man is also a great showcase for Baert’s restrained and subtle approach to music making in the world of film. For him, “you just have to follow the movie. If it's like a Marvel movie and you have action all the time, you can have wall to wall music. Why not! But if it's a movie with a dramatic or a more emotional insight or a wide scene, you're not going to go wall to wall in, say, Nomadland.”

Baert has been using Steinberg’s Cubase almost throughout his career, so I’m keen to know how he exploits the DAW and why he feels it fits with his sound and moving image work so successfully.

“I started in Cubase 3, so a long time ago,” he says with a laugh. Bear in mind the original version of Cubase released in 1989! “There’s so many aspects I like — the key command that you can do really quickly with an iPad. The note line, recorded articulations that you can do per note, you can make different articulations on moderation or expression.”

Knowing it’s very much an all-rounder DAW used by musicians across many genres, I’m keen to know what in particular makes Baert’s scoring life easier. He explains:

“I love Cubase for making stems and being able to work with an image locator and a music locator, that really saves a lot of time. Because these are also two separate things. I tend to mix in Pro Tools, and actually for a while I was working in Logic. Until they released Logic 10, it just didn’t click with me and I came back to Cubase. By this time, Cubase had some great new features and coming back to it had this sense of normality for me too. And the fact it’s been so great for creating these soundscape synths for The Water Man also.

“It just works for what I do because I always start at the piano, and with Cubase I’m quickly recording audio and MIDI sketches early in the process. I’ll come up with ideas on my baby grand, but make sure I record the MIDI also so I can put that into strings or whatever it might be.”

Now that Baert has taken his first steps into the big wide world of Hollywood, it will be fascinating to see where his career takes him next, and what special sounds he will craft for his next projects.

In the meantime, be sure to seek out The Water Man, Façades and of course the rest of his back catalogue is available on Spotify and the rest.