PRG sends GLP into battle for the Great Fight Night

Two of the most successful German Twitch streamers, Trymacs and MckyTV, met recently – not for an esports event, but for a real boxing match. Believing in the motto ‘the more, the merrier’, the two brought in four more Twitch colleagues, who also tested their strength in two preliminary fights. Moderator Steven Gätjen hosted the evening, while the spectacle was rounded off with live music performances.

Technical production for the event was in the capable hands of PRG, who brought top-class technology to the ring, including a large number of HIGHLANDER Wash from GLP. This ensured a dynamic experience for the 13,500 spectators who assembled in the Lanxess Arena and the 500,000 viewers at home, who followed the action via streaming on Joyn.

The production company provided a 360° turnkey service, incorporating lighting, audio, video, rigging and streaming for the event. The extensive technical concept for this spectacular was designed from the ground up by PRG in close cooperation with MediaTotal. 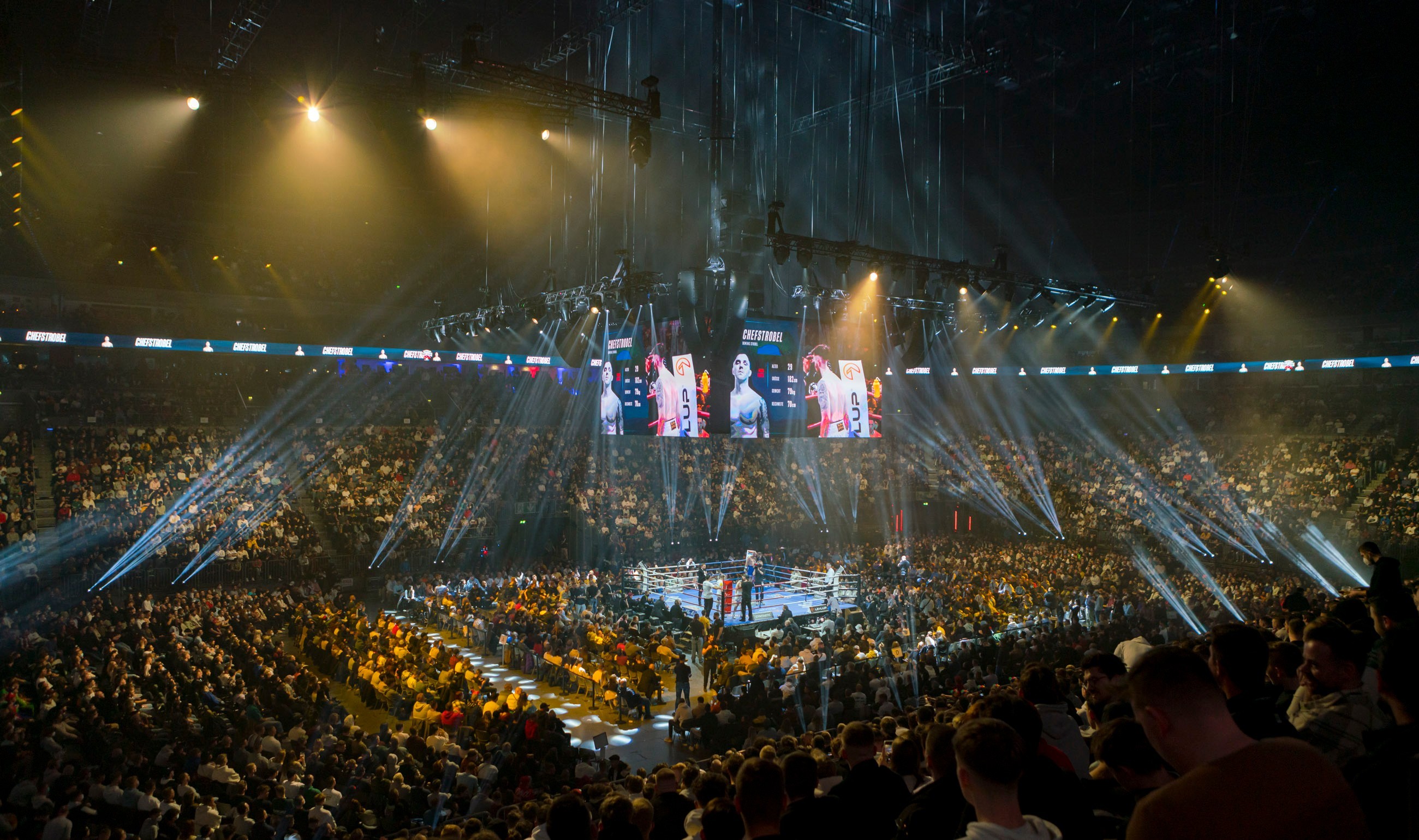 At the heart of the lighting for this unique sports event were the 140 GLP HIGHLANDER Wash, which, thanks to their impressive light output, had no trouble flooding every corner of the arena with light. The 1,400W wash lights, with their 230mm Fresnel front lens, were used for the general illumination of the arena, as well as the action in the ring and as an effect light around the interior and lower tier.

The powerful optical system of the HIGHLANDER Wash allows intensive beams – from 5° to gentle, flat 63° washes – to be generated. With the integrated framing module, which can be rotated by ±45°, the beam can also be shaped in various forms. 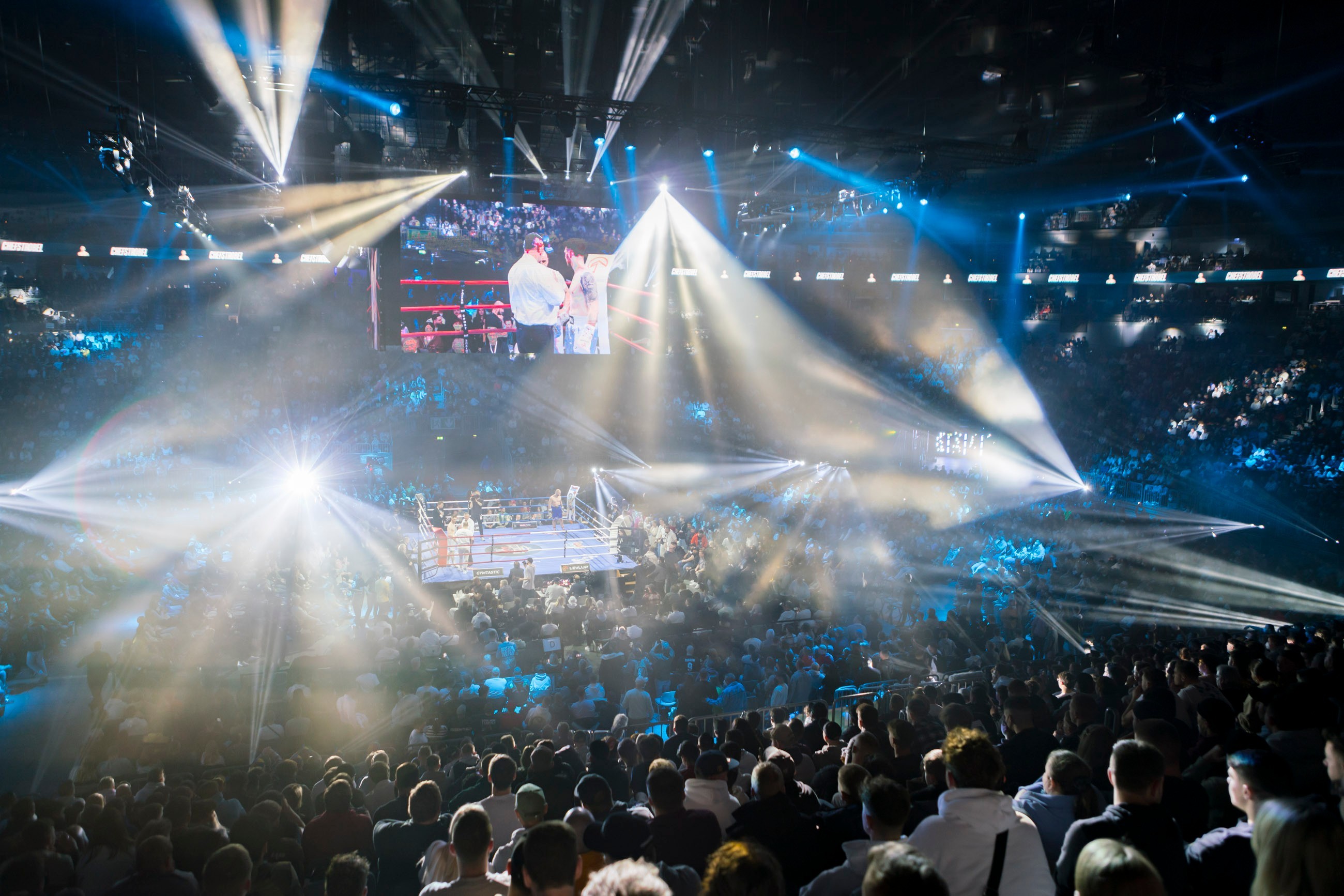 “These powerful wash lights are ideal for this purpose,” confirmed Matthias Allhoff, head of lighting project management and technologies at PRG. “Whenever high output and quality are required over long distances, the HIGHLANDER is an option that we are very happy to use.”

Since it was vital the boxing match itself was not overlooked among all the razzmatazz, the contestants wanted to walk in to a cavalcade of dynamic choreographed lighting, staged in a sensational manner. And among other effects, 24 GLP impression X4 Bar 10 were used for this purpose. “As far as PRG is concerned, the X4 Bar is on the way to becoming a multifunctional effect classic,” added Allhoff. “At the Lanxess they served as dynamic performance blinders.”

Trymacs won the super heavyweight main fight on points. The enthusiasm of both the live arena audience and the record-breaking online viewing public unequivocally proves the success of the first ‘Great Fight Night’ – and this may now warrant a rematch.