London’s legendary RAK Studios has seen its iconic Studio 4 undergo a comprehensive rebuild, which has transformed it into a world class immersive mixing room complete with a scalable 9.1.4 monitoring solution based around Genelec’s ‘The Ones’ Smart Active Monitor family.

Over its 46-year lifespan, RAK Studios has been the recording destination of choice for the likes of David Bowie, Pink Floyd, Adele, Arctic Monkeys, Liam Gallagher and many more. Now, its new immersive capabilities look set to further cement its status as one of the world’s most sought-after studio facilities.

For several years, RAK had been considering building an immersive space, with Studio 4 always earmarked for the project. Among the key factors under discussion was its flexibility, as it would need to be able to adapt to any project that came its way.

“In a project like this, you either do it properly, or you don’t do it at all,” said Emma Townsend, studio manager at RAK. “We just had to tear the whole thing down and start from an empty shell.”

The decision to rebuild rather than retrofit gave RAK the opportunity to work out precisely what it wanted to achieve with the space. This process was conducted alongside Level Acoustic Design for the acoustic design and Studio Creations for the build.

“From the get-go we knew this could be more than just an Atmos room,” explains Andy Leese, RAK’s general manager. “We wanted a room that was a master of all trades, so that you could do Atmos or stereo mixing, or you could sit in there to have a writing session and collaborate. We wanted it to be a really nice place to spend time.”

“From a design perspective we worked with the RAK team to balance a number of objectives,” added Matt Ward, technical manager at Level Acoustic Design. “Obviously, the internal room acoustic had to be world class. We needed to dramatically improve the isolation, both from the street outside and to/from the accommodation above – which could be hosting producers and artists working in the other studios within the facility. Lastly, the room needed to feel like part of RAK, both in aesthetic and vibe, maintaining the natural daylight of the windows opening out onto Chalbert Street, and providing connection to the other studios.”

The decision to go with Genelec for monitoring capabilities came about after a thorough due-diligence process, whereby the studio’s engineering team spent time in various different rooms listening to monitors from every major brand.

“We invited the entire engineering team to our London Experience Centre,” explained Andy Bensley, regional business development manager at Genelec. “They were quite taken with some of the technology that’s inherent in The Ones – things like the very consistent and controlled dispersion characteristics, wide stereo imaging and the LF extension of the W371 adaptive woofer systems. Our ethos matched theirs in terms of how they envisaged working in this new format.” 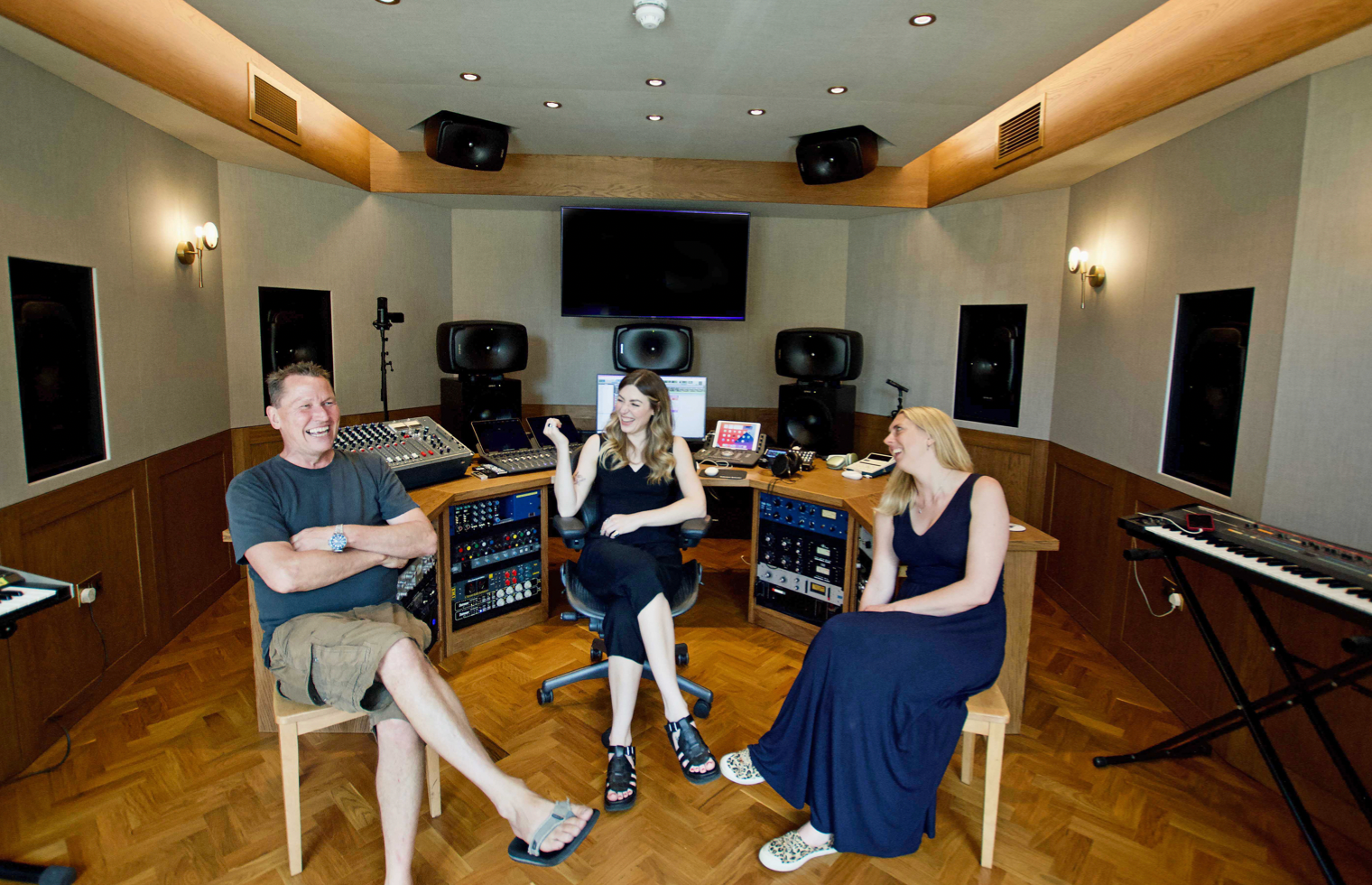 We wanted a room that was a master of all trades. Andy Leese, general manager, RAK Studios

The new immersive solution is made up of nine 8361 three-way coaxial monitors in the front and surround positions, with three W371 woofer systems extending the low frequency LCR performance. Four 8351s serve as the height channels, with a pair of 7380 subwoofers handling system LF duties. GLM software was employed for the main system calibration, taking care of in-room frequency response compensation, distance delay and level alignment.

“The precision of Level Acoustic’s design and Studio Creation’s build provided the ideal foundation for the system to be calibrated,” Bensley added. “From the initial GLM measurements we were incredibly happy with the setup, and it gave us a fantastic starting point to refine the performance and ultimately deliver a Gold Standard immersive system.”

In addition to the Genelec monitors, Studio 4 runs Pro Tools via Avid MTRX and HDX 3 plus. S1 control surfaces, and also features a Grace Design m908 immersive monitor controller and the classic selection of outboard that you would expect from RAK.

“We already had three absolutely excellent tracking rooms, but different clients prefer different rooms for different things - the one thing that we were missing was a really good listening, writing and mixing room, and that’s what we’ve got now,” said Townsend. “Everyone who’s been in there so far is really happy with the sound of the room. It sounds great.”

“We couldn’t be more delighted with how Studio Creations have realised the design, and how the Genelec monitoring system and room interact,” added Ward. “The point source design and close-to-ideal impulse response of The Ones series, managed with GLM, gives incredible three-dimensional imaging and detailed articulation to the Atmos array, and the W371 woofers provide a smooth and clear low frequency extension way down below 20 Hz.”

“We wanted to be able to represent all the diversity of everything that goes on at RAK, and it dovetails so beautifully into all the things we’ve got planned in the future,” Leese concluded. “It sounds truly amazing, and I think it’s going to sound better over time when the room beds in. We’re so pleased about how it’s all come out. The look of it, the feel and the location itself of the room in the building was always really lovely – and now it’s even better because the internals are just so well done.”