Robbie Robertson On Scoring The Irishman: "It's Not Your Usual Gangster Fare At All"

Being asked to compose the score for the highly anticipated, three and a half hour film, The Irishman (sprawling over 50 years) is enough to make any musician nervous. It helps when you’ve been working with a director like Martin Scorsese since the ‘70s, says Marty’s go-to score guy and all round goodfella, Robbie Robertson.

“I wasn't that interested in doing movie music, per se,” admits Robertson. Martin Scorsese must have made him an offer he couldn’t refuse, as he nonetheless managed to churn out a hell of a lot of film scores for the director, including The Last Waltz, Raging Bull, The Color of Money, Casino, The Departed, The Wolf of Wall Street, and most recently, The Irishman.

Immediately hitting it off while working together on The Last Waltz, Robertson and Scorsese did not only become collaborators, but good friends along the way (he affectionately refers to the director as ‘Marty’).

“There were times in just about every movie with Marty that I thought, ‘God, I don't know what to do! I'm not sure I can do this!’ – which makes it exciting. But working with Marty is a completely different experience to what you would think it would be. For The Irishman, I did the score and I chose some of the music that we used in it as well. It's turned out fantastic; I'm very proud.”

Speaking in a deliberate, measured voice, Robertson talks to Headliner at The Village Studios in LA – where he does all of his composing work (surrounded by a treasure trove of guitars and pianos).

Of course, Robertson is not just known as Scorsese’s go-to score guy. The Canadian musician and songwriter is best known for his work as lead guitarist and primary songwriter for The Band, which were instrumental in creating the Americana music genre.

Set over many decades, the critically acclaimed film follows Frank Sheeran (De Niro) as he becomes a hitman involved with mobster Russell Bufalino (Pesci) and his crime family, including his time working for the powerful Teamster, Jimmy Hoffa (Pacino). With a production budget rumoured to be $159 million (Netflix picked up the tab) and clocking in at a marathon 209 minutes, it is among the most expensive films of Scorsese's career, not to mention his longest.

“Netflix is almost in a different business in a way,” says Robertson. “It is questionable whether this movie could have been made without Netflix, because there is a very, very expensive special effects process in this because it takes place over 50 years.”

Sophisticated ‘youthification’ digital techniques spared the older cast having a face full of tracking dots (or makeup) in order to convincingly play their much younger selves – it’s very good, and it’s very expensive.

“There was a lot of de-aging done to De Niro, Pacino and Pesci – they had to look as young as they would have been during those periods,” he nods. “It's extremely expensive, and it's a very tedious process to complete, but in the movie you just watch this story – you’re not sitting there thinking about that. And if you do think about it, it passes in a few seconds and you're just into what's happening. They did it brilliantly; they did it as good as you can do it at this stage in special effects.” 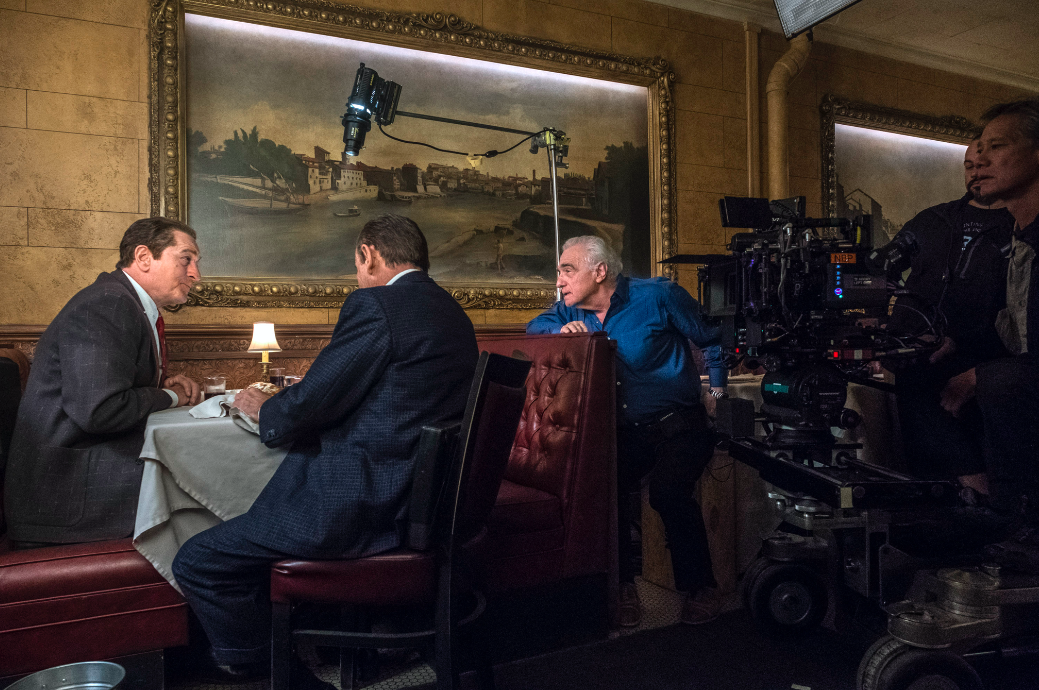 Finding a haunting mood for this movie was something that I thought that I needed to discover. Robbie Robertson

Scorsese is known for his meticulously-planned sequences; does he have an equally fixed idea when it comes to the score, or is there room for creative interpretation?

“You know, it's a combination of both of those,” Robertson answers. “Because it takes place over such a long period of time, Marty's not looking for a traditional score at all. I needed to find a sound and a flavour that had a timeless quality to it, so you didn't say, ‘Oh, that sounds like it's right out of the ‘70s’, or ‘that's late 80s right there’. I had to find this other worldly thing that just lives out there in the air somewhere, and it can land at any point.”

Easier said than done. Capturing that timeless sound took much trial and error – and a lot of experimentation: “Eventually, I found this theme that occurs a lot throughout the movie, and Marty liked some of my new songs for the film, so all of these things started to blend into one another creatively in a really nice way.”

Although accustomed to working with Scorsese, a film that jumps back and forth between a time period of 50 years was new to Robertson: “Yeah, this is a different animal!” he laughs.

“Even after all these years of working with Marty! It's never been about traditional movie music...when people watch it they’ll see what I'm talking about. There's a certain mood to this film. It's not your usual gangster fare at all. There is something about it which is authentic and in some ways, quiet.”

No bar room brawls or gang shootouts this time, then?

“No, it isn't a bunch of gangsters running around shooting everybody and screaming and carrying on. It's unusual, and it's three and a half hours long. But that’s just the way to tell this story, you know? Other filmmakers would have been uptight about it and cut it way down, but for Marty it works just the way it is.

“There's a lot of stuff happening underneath the characters’ breath, which feels so real, because it's based on a real story,” he points out.

“So finding a haunting mood for this movie was something that I thought that I needed to discover. I went back and forth on different ideas until, boom! It was like a bull's eye. I was just thrilled that something had this quality, and it was a sound and flavour of music that I'd never done before.” 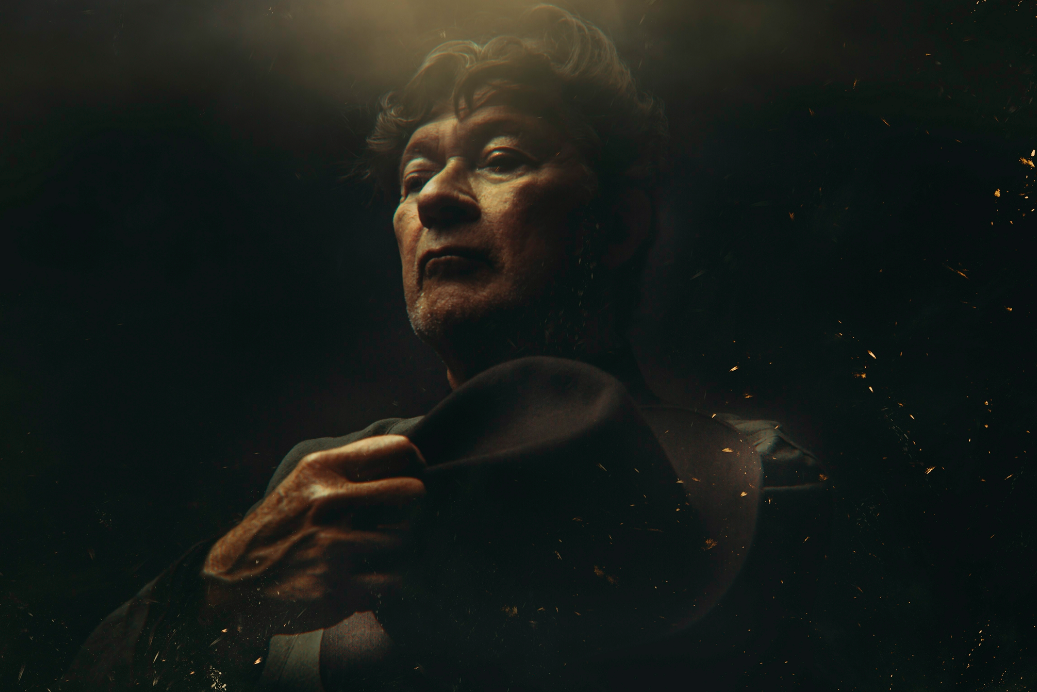 There's a certain mood to this film. It's not your usual gangster fare at all.

To get the desired sound from musicians, Robertson needed to convey the melodies to them. “I don’t read or write music,” he says, matter-of-factly. His way around this is simple: he hums or plays his ideas.

“Then I describe the tune in poetic terms – the feeling of it. The musicians find this refreshing and different, because this isn't somebody putting a piece of paper in front of them and saying, ‘play those dots on that page’. It's more of a personal and interactive experience. So, when we landed in this place with the score and it had those qualities to it, it was a beautiful sense of relief!”

Robertson recently released Sinematic, his first new solo album in eight years, which opens with I Hear You Paint Houses, featuring his devilish invitation: 'Shall we take a little spin to the dark side of town?’

A duet with Van Morrison, the song makes use of bright guitar and a blithe tone that belies its chilling lyrics: mob code for hiring a hitman – painting houses refers to spattering walls with blood. The song is featured in The Irishman alongside Sinematic’s emotional closing track, Remembrance, which plays during the end credits.

“I didn’t write I Hear You Paint Houses to be in the movie; I wrote it because I was working on the movie,” he clarifies. “It was just something that came to me. My buddy, Van Morrison came to town and he asked what I was working on. So I told him I was doing an album, and that I was also working on the music for Marty's movie. I said I’d just written this song, but I didn’t know if it was for the movie or not. I didn’t know what it was for – I just couldn't help but write it. I played it for him, and he said, ‘man, I really like that!’” 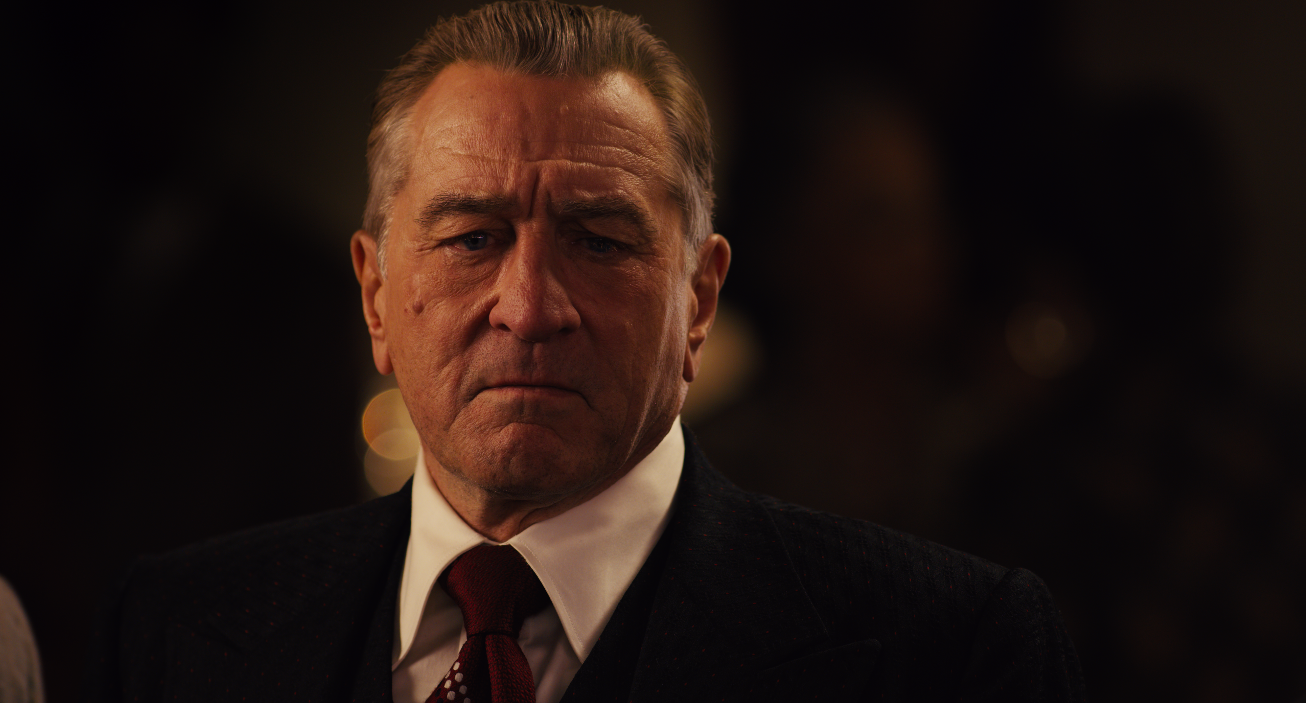 I sent Marty these tapes of me playing and humming, and he put it in the movie!

The Color of Money

Naturally, having spent years working with one of the best film directors out there, Robertson has plenty of anecdotes to share.

“Yeah, it’s a trip!” he laughs. “It's a very unusual process and movie/music relationship that we have. When I was doing the score for The Color Of Money, I had an idea because of the pool halls and the hustler thing, and all of that. There was a sleazy, bluesy sound I was looking for. I told Marty I'm gonna write the music, and I'm gonna hang out with a great blues songwriter, Willie Dixon – a hero of mine in the songwriting world. And then I'm gonna get the great arranger, Gil Evans, who works with Miles Davis and many other people; he's brilliant. And I'm gonna get him to orchestrate what I write.”

Robertson explained to Scorsese that he and his assembled goodfellas would come up with some score ideas and show them to him to see if they were on the right track, the idea being to record them in the studio with an orchestra once finalised.

“So anyway, I’m writing these things, playing them on the keyboard, and I hum the melodies that I'm imagining the lead instrument will play – Gil would orchestrate all that later,” he recalls. I sent Marty these tapes of me playing and humming, and he put it in the movie! And I said, ‘No, no, no, that doesn't go in the movie! That's me just composing in my kind of way; we're going to do that with the orchestra!’ And he said, ‘Oh no, it works really well; just have the orchestra play with you on these things’.

"I said that nobody uses music in a movie with somebody humming the melodies, that doesn't sound like a finished product. So that's actually in the movie, in the score,” he laughs, shaking his head. “From then on, I've been careful about what I send him!” 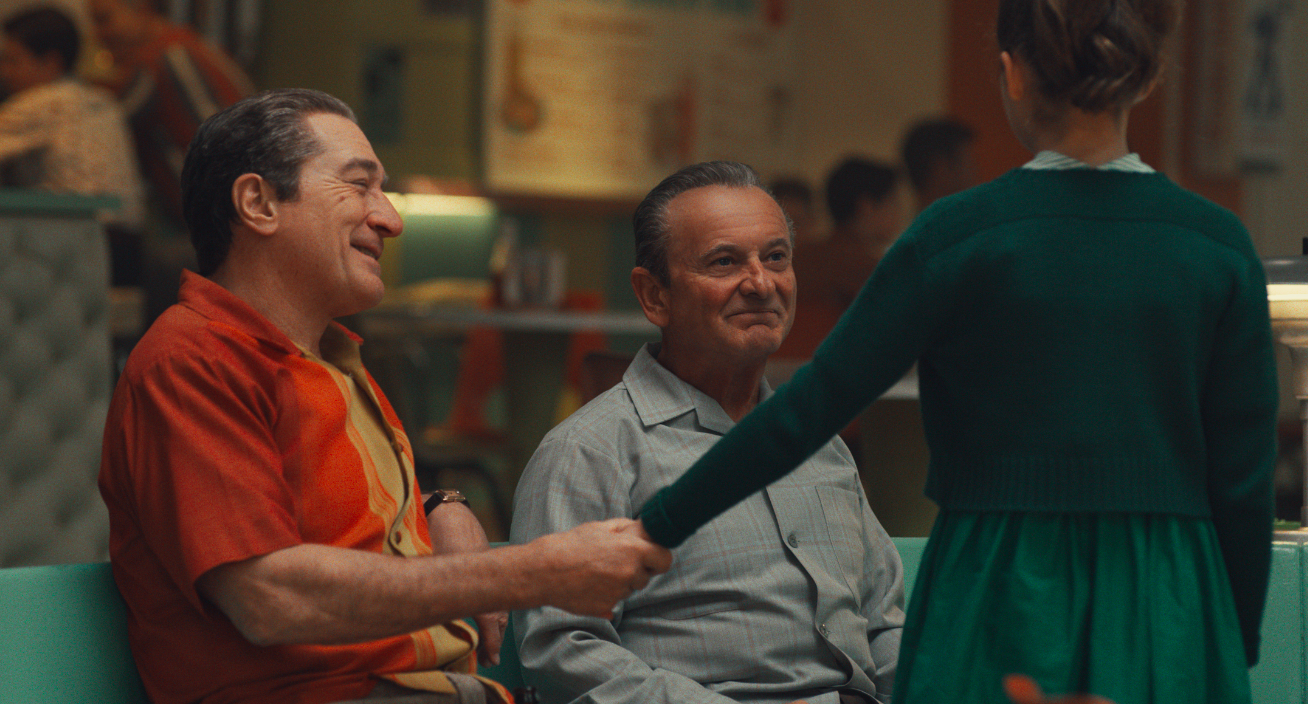 It’s not just The Irishman that has been keeping Robertson busy humming of late: in addition to his recent album, Sinematic, a 50th anniversary box set for The Band’s seminal self-titled sophomore record was released in November.

Robertson is also the focus of a new documentary called Once Were Brothers: Robbie Robertson and The Band, that will be released theatrically early next year.

Each of these projects are interlinked in some way: Songs from the new album are included in The Irishman, and the documentary took its title from the song, Once Were Brothers from the album, which is about the brotherhood and dissolution of The Band.

“I couldn't be more proud of how the The Irishman, the documentary, the 50th collection, and Sinematic turned out,” he smiles.

“All of these things in this circle have turned out to be something that I've never experienced before – something I've never felt before in the way that all of these things are feeding beautifully off of one another. And, for somebody that's been doing it as long as I have, I enjoy where there's a good eclipse!” 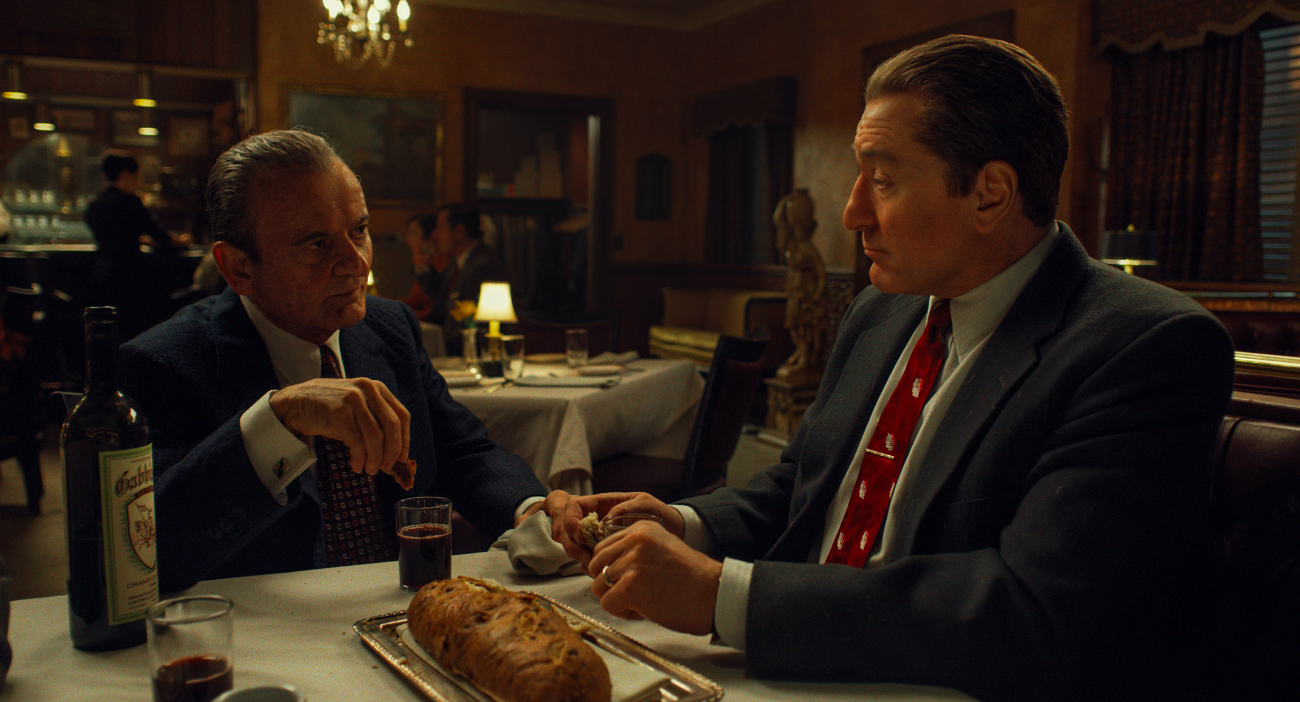