Robot Koch on Full Circle: "It's good to remove the ego and let music come through you"

Let’s pioneer the term ‘transcendent trailblazer’, especially for Robot Koch, an award-winning electronic artist and composer from Berlin who now makes music from Los Angeles. His music has been synced to countless TV and film trailers, which now sees him working on scores for Netflix. His foray into the world of transcendental meditation saw him release Full Circle, an album where he deliberately removed any sense of planning or expectations – with stunning results.

Koch’s music sees him delving into this fascination between the intersection of nature and technology, perhaps why the BBC’s Bobby Friction aptly commented that "it sounds like artificial intelligence discovering religion”.

It makes sense, then, that Koch does not merely release albums and do gigs; he has toured planetariums to perform an immersive Full Dome Live Show with 3D surround sound and 360 visuals.

And having performed at Coachella and Boiler Room many times, it’s worth noting that he lives under two artistic monikers — Robot Koch, and Foam and Sand, for his more ambient output.

“I had no agenda with it whatsoever. It was very intuitive. When I made it, I realized I liked it, and I wanted to share it. It wasn't ego-driven and I didn't need to make it under my own name. The Foam and Sand name just became the vessel for this music.”

A lot of artists may get anxious at the thought of embarking on a creative project with absolutely no plans, goals or expectations, with the accompanying risk of feeling like there is no control. A recent change in lifestyle for Koch does go some way towards explaining why he decided to release a new project in this way, however.

“I recently learned Transcendental Meditation here in L.A,” he says.

“I was actually on the same course as [fellow electronic artist] Jon Hopkins. And ever since, I haven’t missed doing 20 minutes of meditation in the morning and 20 in the afternoon. It’s been incredible for my mental health, and I was really suffering from insomnia and it has helped so much with that. 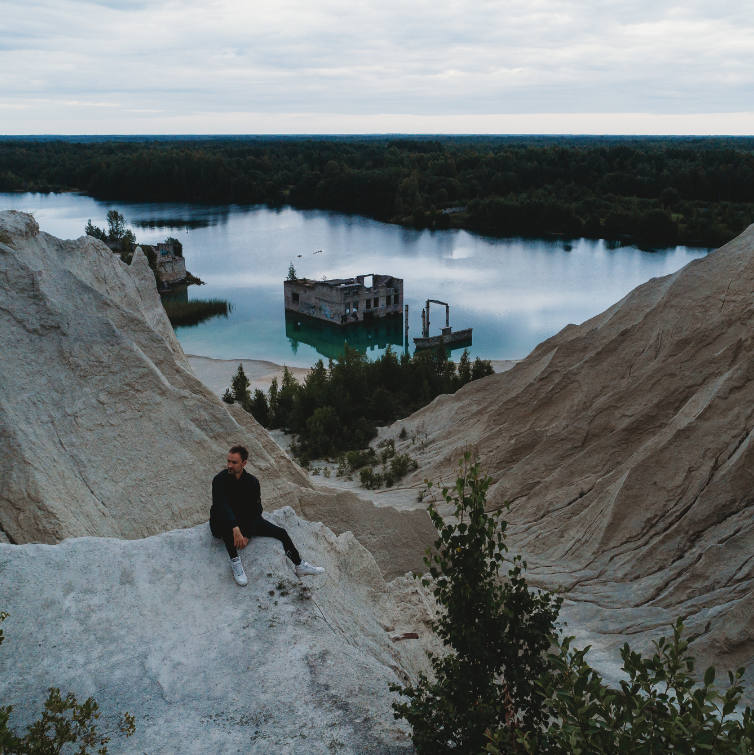 “There’s a beautiful Sufi poem about children — this idea they are not coming from us, but through us. I think of music like that, that it comes through us rather than from us.

"So in a meditative way, it's sometimes good to remove the ego, to move out of the way and just let music come through you. That’s one way I use meditation in my music to just become very present and not influenced by anything, like thoughts, to become really still and present.”

Full Circle recently saw its release bolstered by a full album of reworks and remixes, with the original songs given a totally new artistic interpretation by the likes of British composer Tom Ashbrook and fellow electronic Berliner, Hainbach.

“There were a lot of artists whose music I enjoy and felt a certain kinship with. And I wanted to hear and see their perspective on the music. In fact, a lot of the artists just reached out on Twitter and offered without me asking, like Slow Meadow, so it just felt right.”

The soundcard in Koch’s studio that connects everything together and makes it all possible is his Babyface from RME.

“It’s great because I travel a lot and it’s so light and mobile. I like the digital converters a lot. I used to have a bigger one from RME but then switched to the Babyface when I started working in a lot of remote places.

"I just needed to be able to work wherever, basically. In fact, when I moved to L.A, I just worked in the box for a while and used some of the great libraries like Spitfire Audio.”

And the reworks don’t end with the beautiful Full Circle Reworks album that is out now, as Koch exclusively reveals he will next be reworking…himself!

“I'm actually happy to announce it here with you for the first time because nobody really knows about it,” he says. “I'm going to rework my album The Next Billion Years, my last Robot Koch studio album. And I'm going to rework it through the lens of Foam and Sand. I felt there was so much potential left on the table.”