Rose Betts on going viral with Driving Myself Home

Hailing from London, singer-songwriter Rose Betts has found herself adapting to life in L.A thanks to the viral success of a tongue-in-cheek song she wrote as a joke. She may be on the other side of the road, but with the release of debut full-length album, White Orchids, she’s very much in the driving seat.

Where is the good cheese in L.A? A fair question, considering an immediately endearing and down to earth Betts is from the UK, where allegedly you can score a nice wedge on every corner.

Moving to the land of opportunity in August 2021 to ride the wave of her music career, the singer-songwriter tells Headliner that she is adapting to life in America.

“I don't feel like I'm here permanently,” she says almost defensively – ever loyal to the UK. “It's very much, ‘Make hay while the sun shines’ and then I'm gonna come back”.

But in the meantime, the important questions must be answered.

“Americans have packets of crisps that are cheese flavoured, but they'll always say, ‘Made with real cheese’ on it’, which is never something you see on a crisp packet in the UK,” she points out.

“Their levels of cheese are weird. They have spray cheese here and stuff that you think should be used as plastic glue rather than something you eat. In Tesco you can wander in and get a nice wedge of Parmesan for four quid, but here you can't get Parmesan unless you're at Whole Foods and it's going to cost you $16. You just can't get a nice cheese in normal shops here!”

Cheese-hunting aside, things are going incredibly well for Betts, who toured the UK in 2017 and then self-released her first EP, The Stars Look Down, receiving major radio play on BBC 2 and BBC 6.

Fast forward a little and her self-produced track, Song to the Siren was included on Zack Snyder's Justice League (Original Motion Picture Soundtrack). She’s here today to talk about her new album, White Orchids, which she wrote and co-produced herself.

The internet works in mysterious ways, and one day Betts found herself going viral on Tiktok with her whimsical, folk-flavoured tune, Driving Myself Home – which at the time of writing has clocked up over five million views.

Inspired by a real blind date her friends set her up on, Betts wrote the song as a joke, including the lyrics: The best part of the date today was driving myself home / It's not as if he didn't try, his shoes were clean, he wore a tie / And paid for my martini with a smile / And the conversation never stopped, I didn't even check my watch / And a view over L.A is always nice…

“I wrote the song really quickly and was just joking and processing this funny date that I'd been on and my feelings around it,” she reflects, bemused at the Tiktok success.

“I wrote the song on a guitar without thinking much about it – I don't normally play guitar, I only play guitar for Tiktok, and now there’s this song I'm gonna play until I die,” she laughs.

“I put the chorus and the verse up and it immediately went nuts. Within a day it was nearing 300,000 views, and then a million. Something about it was immediately appealing to people and I could probably guess why that is, but it was fun. It was immediately evident that it was super suited to the Tiktok world – it's a funny old world, that one,” she shrugs. 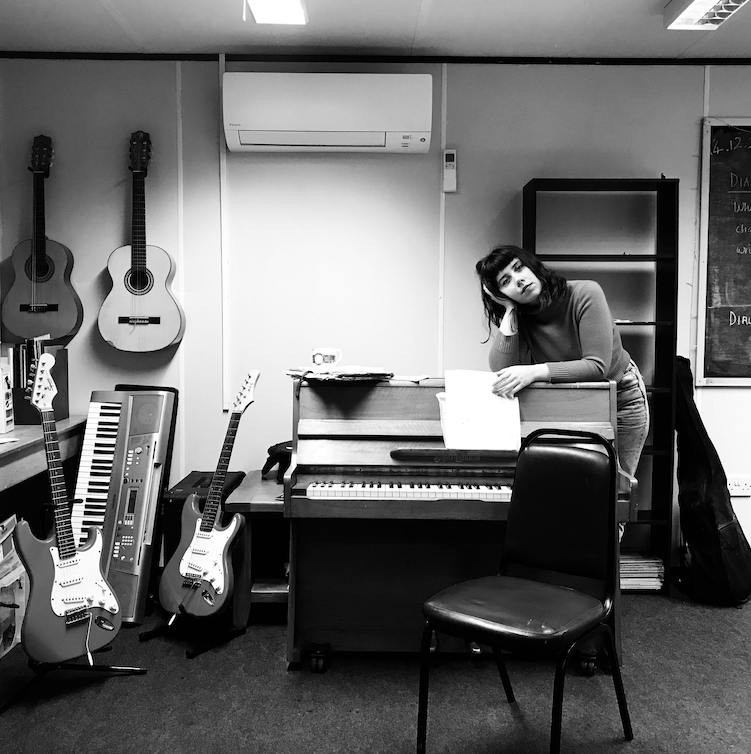 I only play guitar for Tiktok, and now there’s this song I'm gonna play until I die!

Headliner has to ask: does the guy in question know he inspired a viral song?

“I had to tell him because, top tip: never follow anyone that you've gone on a first date with on Instagram, or don't tell them any of your frickin’ handles,” she cringes, “because if you're a songwriter you're gonna have to explain stuff if you write about them! I'd written it as a joke, so I didn't imagine it was going to suddenly get heard by so many people.

"I never wanted to be the kind of songwriter who would try and catch people out with songs, because it's not really fair. But it was awkward as arse because I didn't make anything up in the song, so everything's very clearly about stuff that we talked about, or the fact that he's only got IKEA furniture,” she says, quickly clarifying that she’s got no shade for those that shop at the Swedish store.

“The IKEA line is a joke – obviously. There's nothing wrong with shopping in IKEA! It's a song and it's a cool rhyme idea.

"I know for a fact that I've got loads of IKEA stuff! It's funny, because one of the indications that a song has gone viral is that you start getting negative comments. So now when I see that I'm like, ‘Oh I must be doing well because someone's being a bit of a bitch’...” 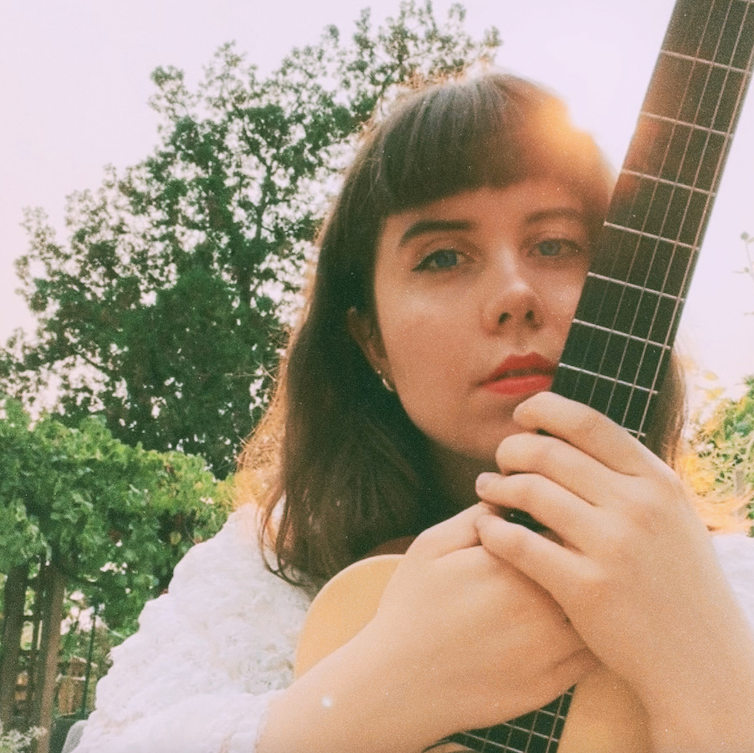 On her debut full-length album, White Orchids, Betts says she has not hidden from the listener this time – the album representing a loss of innocence and a moment of pure youth and fragility where her heart was broken. Being so open and vulnerable in her new music did not come easy for this Brit, however:

“When I was younger, I used songs as a way to hide things, and I was terrified at the idea that someone would listen to a song and think it was actually about my feelings. It’s probably because the British are very reserved and it's not something we grew up with – being completely explicit about yourself.

"I'm very private about myself, but I gradually realised that if the songs are going to be good, they have to be honest. If you hide inside a song and you hide the truth, you hide the real rawness of the feeling and you're actually doing a disservice to the song because it won't feel authentic and it won't be as powerful.”

When she came to that realisation, the feelings poured out – and then some.

“With this album, some songs are more honest than others, and are more explicit. Recovery is the most vulnerable thing I've ever written, and still is. That song was a real shift for me in terms of how deep and personal I would go, and now I feel like I’ve come out the other end of it, and I'm oversharing.

"So now I’m too honest so I'll have to rein myself in a bit, because I'm writing songs about people that I've just met or…” she trails off, interrupting herself, “with Driving Myself Home, what makes the song good or funny, or whatever it is, are its little weird quirks, like the IKEA line – those little details are what make the song. It's unique.

"So unfortunately, those are the details – the true ones – that the person who hears it will go, ‘Hey, wait – that's totally about me! And that's a bit awkward. But I see the point of vulnerability now, so I'm trying to embrace it.”

Betts says she misses home, but will stay put in L.A for now while her music career gains traction:

“My plan is very much to be here to take advantage of it all,” she nods. “My management team are here and I really like them, and it is a good environment. Everyone is here. The annoying thing is that as much as I love London and England – I really do – and I want to return, for some reason this is where I've managed to find people that want to work with me in the way that I want to work.

"I have just signed a publishing deal, so I'm here to establish myself as a songwriter, to find other projects, start working on building stuff and just to make my artistic life a bit more stable. My plan is to do that and then come back because I want to be near my family. I'm not homesick but I do miss a lot of stuff that is in England, like our sense of humour and all that sort of thing.”

“Exactly,” she laughs, asking any Headliner readers in L.A to hit her up if they find out where it’s affordable. “That's what I want to know. Where is it? Not $16!”

That reminds her: “She’s going to hate me, but I got my sister to send me a British parcel, which had all the obvious things in it like Marmite and chocolate Digestives. But the thing is, she wrapped it so badly that the Marmite acted as a kind of bludgeon inside the package, so all the biscuits were crumbs. So my source of getting British things isn't great,” she laughs, shaking her head.

“I know! The daily struggles! Seriously though, I cycle really far to places just for a wedge of Parmesan.”