Sound engineer and producer Rupert Coulson is one of the few engineers to have experienced all three incarnations of London’s AIR Studios, having started out at AIR’s legendary Oxford Street studio in 1987, then moving to AIR Montserrat, finally settling at AIR Studios Lyndhurst. Ironically on the day Headliner speaks to him over zoom, he’s in a different studio entirely.

“I’m in a little pre-production room at Max Richter’s studio in rural Oxfordshire,” he says, explaining that the composer built the facility in May 2021, transforming a huge barn into a substantial studio space with room enough to accommodate a 24-piece string section in its live room.

“It's a fairly impressive undertaking! Some people would say if you're going to build a recording studio in this day and age you must be completely mad, but it's worked out really well. It’s got a full 7.1.4 system and the control room has ATC monitoring everywhere and a modular Rupert Neve 5088 console, so he hasn't done it by halves!

“It's pretty spectacular,” he enthuses, circling back to the 5088.

"Then you can use the EQ on the monitor section or you can go through the EQ to tape, which is useful for doing drums or things like that. It's quite fluid and flexible as it will also talk to Pro Tools when you're mixing, so you can have all the faders working, which is quite handy.”

It took a lot of getting used to adjusting to doing film scores, because you're looking to proceed the whole time.

Coulson recently mixed Richter’s new take of Vivaldi's The Four Seasons on the studio’s 5088, and made use of the space to accommodate an orchestra.

“We did quite a bit of stereo processing, which reintroduced me to outboard EQ, because normally you're going to shy away from things that you know are going to crackle. So since then I've actually been buying more outboard EQ and stuff for my own mix room, which is good fun.

"Even at some big studios, you can try plugging in some outboard gear – and some of it is as old as me – which with all the best will in the world, the components aren't what they used to be, so some of it is a bit crackly. But if you've got new outboard gear which we have here at Max’s studio, then it's a delight because you plug it in and it makes everything sound better.”

On experiencing all three incarnations of AIR, Coulson explains that the studio has evolved from specialising in mainly rock bands and artists you’d find in the charts, to suddenly adapting to film work.

“When I started it was mainly various pop and rock bands – bands like Duran Duran or INXS, so if there was a big string section coming in, it was a really big deal and everyone would be running around headless chickens!

"When the studio moved to Lyndhurst, George Martin said he’d always hankered after doing orchestral film music because he was an oboe player originally, and he was a great string arranger and orchestral arranger.

"He was always on the lookout for a bigger room where he could do more orchestral recordings and projects. When he found Lyndhurst – the main hall – he just thought, ‘Yeah, this is gonna work!’ But at the time, all the people that worked at AIR were doing rock albums, so we had to learn pretty quickly how to move into the film business." 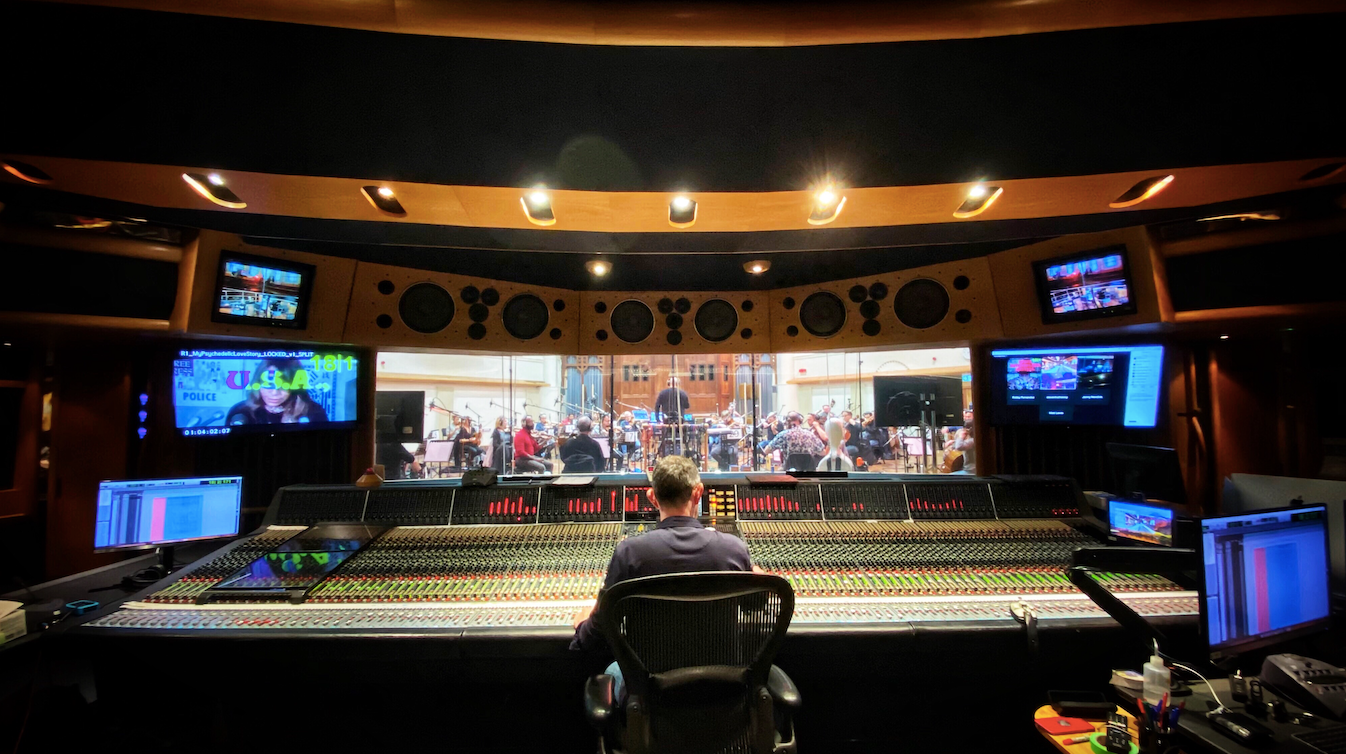 The Neve 88R is great for scoring because it’s very flexible.

“It's such a different discipline than making an album,” he shares.

“It's vastly different. Especially recording a score, you're doing different bits of music, but they usually inhabit the same kind of sonic landscape. It's a very different discipline when doing a record, which is where you concentrate on one song for ages and then you'll move on to another song doing guitars on several pieces, or doing drums on the whole album.

"So it took a lot of getting used to adjusting to doing film scores, because you're looking to proceed the whole time; you’ll finish one bit, then onto the next bit. It's a perpetual motion thing where you've got to keep moving forward. Whereas doing records, there's a lot of experimentation and more time to try things.”

During his time at AIR, Coulson has worked with some of the world’s finest producers, composers and artists including Sir George Martin, The Rolling Stones, Craig Armstrong and Danny Elfman.

His experience spans from full orchestral recordings, to working on film scores on movies including Fear and Loathing in Las Vegas, Blood Diamond, Transformers, The Grand Budapest Hotel, Annihilation, Rocketman, The Invisible Man, and No Time To Die – and that’s just cherry-picking a few.

Coulson did the score recording and mixing for 1998’s Fear and Loathing in Las Vegas, and has fond memories of working with the film’s director Terry Gilliam, who was very involved in the score.

“He was very involved,” he remembers, nodding. “And that was great because if you've got the director on side with the music, that's a strong thing to have. Whereas if you're working remotely or if there's some stuff that the directors are not aware of which then gets presented later, you get questions like, ‘What's that funny noise there?’

"And then instead of finding out what the sound is they're not happy with, they'll just turn all the music down a lot of the time. Getting the director on side is great because then they can then push the music forward.”

This reminds Coulson of a car journey with the director when he quizzed him on the film’s interpretation of being under the influence of various hallucinogens.

“I was in a cab going home with him once and I said, ‘So Terry, you must have taken quite a few hallucinogens back in the day?’ He said ‘No, never. I've never taken any drugs’. Some of the stuff in that is very close to what people say they experience, especially with acid, with things melding into each other, moving around, combining and then pulling apart very slowly, so he seems to have got that spot on without actually having experienced it himself,” he grins.

I said, ‘So Terry, you must have taken quite a few hallucinogens back in the day?’ He said: No, never!

A more recent film Coulson worked on was recording the music for The Invisible Man, starring Elizabeth Moss. The composer, Benjamin Wallfisch opted to make use of the film’s use of silence – making the viewer feel the absence of music in key scenes, whilst ensuring the score felt extremely tense and confrontational.

“Ben's great fun and has a lot of energy in the control room,” he smiles. “He’s very forthright and knows what he wants, which is good. Ben asked for some extra ambience mics which we put above the orchestra, and we had a lot of joy experimenting with them, and also with some ceiling mics for Dolby Atmos. That worked really well for the quiet and silent moments where we messed around with the binaural space, so those mics were a good shout.”

This took place in AIR’s Lyndhurst Hall, which has been used for film scoring, orchestral recordings and live performances since Sir George Martin opened it in 1992. It’s home to a 96-channel Neve 88R console boasting 48 channels of Neve AIR Montserrat remote mic preamps, so it’s no surprise that it’s Coulson’s desk of choice for score recording work.

“It’s great for scoring because it’s very flexible, which is really useful if you've got people in booths, the orchestra out there, people up in the galleries, and you might have a singer in a booth or someone smashing the three shades of shit out of a drum kit,” he laughs. “The flexibility of each channel being able to route various EQ and processing is really useful.” 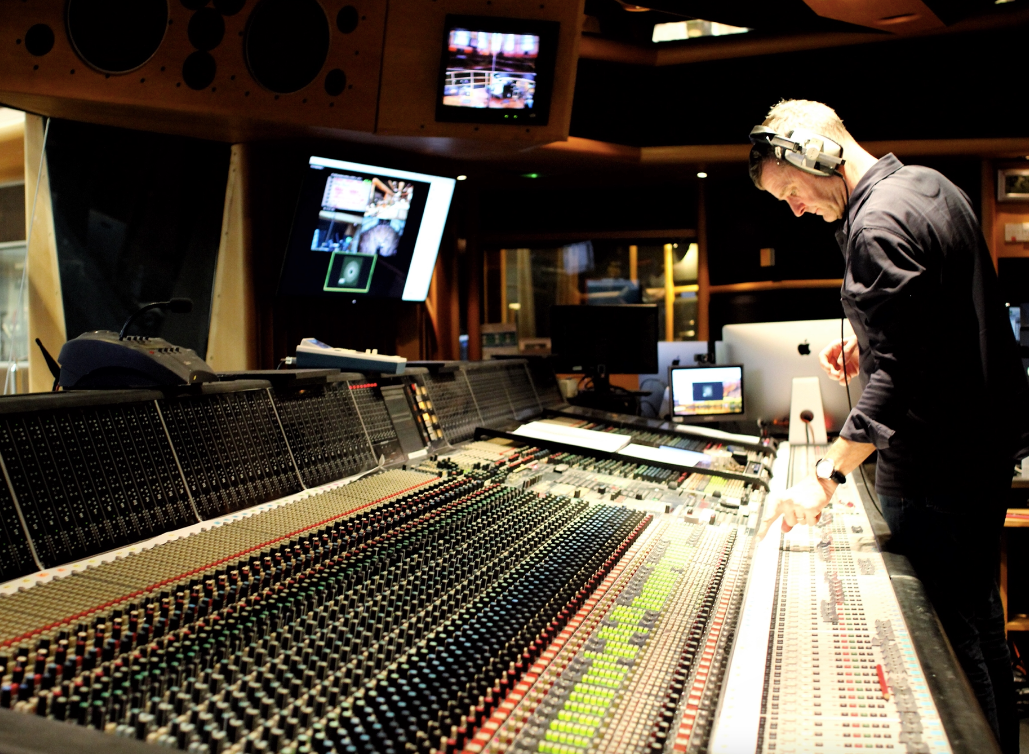