Samuel Jack: How Feels Like Summer Became A Viral Hit

This year has seen Olivia Rodrigo and Mimi Webb break through on TikTok, but the app securing singer-songwriter Samuel Jack’s big break was Instagram Reels – with his single, Feels Like Summer unexpectedly going viral – 18 months after releasing it. The UK artist describes what it’s like to suddenly have a song become the most used song on IG Reels in the US, which at its peak was uploaded over 10K times per day.

London-born Jack actually spent his formative years in Johannesburg with his film director father, who raised him on a musical diet of blues, Motown, soul and roots. His broad musical palette resulted in the different sounds later weaved into his album, Empty Pockets, Crowded Heart, which narrates struggles with inner demons, the turbulence of family and relationships, and the desire and want for something – or someone.

“I've always been inspired by music of black origin, So blues, roots, soul, Motown,” he reflects. “I listen to all sorts of music, but there is something about blues, about soul, about gospel that just gets into my veins,” he explains.

“The history of it all, the hurt, the pain, the joy, the sex. And when those emotions are delivered by a voice that really means it, I just feel like there can’t be a better way to express yourself.

“I was obsessed with BB King as a kid,” he adds.

“Having said that, I loved Paul Simon. Graceland is one of my favourite albums of all time. But really, all the soul greats informed and shaped the type of music that I write now; I just chuck a bit of pop music in there as well with it.”

Despite his deep love for soul and blues music, it transpires that the first cassette he bought with his own money was actually The Spice Girls’ Wannabe.

“It’s that girl power, man! You know that was pop gold though. It doesn't matter what musical background you come from, or how cool you might think your music taste is – that was a great pop record.”

Jack started writing poetry and music as he travelled the world in his late teens, and independently released his first EP in 2016. Three volumes of his Empty Pockets, Crowded Heart EP series plus a succession of singles followed, which allowed him to nurture a loyal grassroots fanbase.

There were hints of the success that would eventually follow – an invite to play Glastonbury, a tour as guest to Jack Savoretti – although behind the scenes, it was a struggle. He specifically remembers driving home from a gig in London to his caravan in the south-west, having barely made enough money to cover the cost of petrol.

This is the sort of thing that puts you into a new echelon of audience; It's been an absolute journey.

His big break was to come earlier in 2021, when his song, Feels Like Summer took on a life of its own due to Instagram Reels.

With over 15 million worldwide streams, the song became one of the first ever tracks to break out of Instagram Reels in America before taking off on TikTok, then firing into the top 40 of Spotify’s Global Viral Chart and into a further 12 of Spotify’s national viral charts. Such was its success that Jack struck up a deal with Arista / Columbia Records off the back of it.

Inspired by reminiscing with a friend over a pint, he shares that the feel-good tune was written at a time when he felt he wasn’t where he wanted to be in terms of his musical career:

“It was inspired by an old friend of mine – we were just reminiscing and saying, ‘Remember when we used to drive to the beach, steal my dad's beer, go down there, get drunk and sleep in the car? Do you remember that girl that we all fancied at school?’

"At that age, those summers felt like they lasted forever, and that you could just achieve anything, you could be anyone you wanted to be. We were young and free, and I thought that was a great idea for a song. I was just using summer as a way of showing that nostalgia off really.

“We'd been locked up for so long, and then we could celebrate being together again,” he furthers on its remarkable – and delayed – success. “There's a lot of nostalgia in the song – it’s about looking back on times gone by. I think it just arrived at the right time.”

Unbeknownst to Jack, the song would go on to not only climb the charts, but be featured in everything from Love Island to being used in videos by Sergio Ramos and Jamie Oliver.

“It's absolute madness,” he laughs. “I released the song maybe 18 months before it started to gain traction – it's not like I had any sort of attention on that song at the time. Now, it's charted in the viral charts, songwriter charts and in all genre charts, and pretty much every chart there is in the world.

"What's most incredible about it is that there isn't a corner of the world that is untouched. I'm talking Malta, Japan, all over Europe, North and now South America. The Nordics is where it originated – that's where it all stemmed from for whatever reason.

“I was very much a working musician anyway, in that I was touring – I was doing stuff, but this is the sort of thing that puts you into a new echelon of audience,” he considers.

“It's been an absolute journey. I already had a fan base on Instagram, but Reels-wise, not really. It didn't come from me, it came from someone else – those are the guys that lit the fire.” 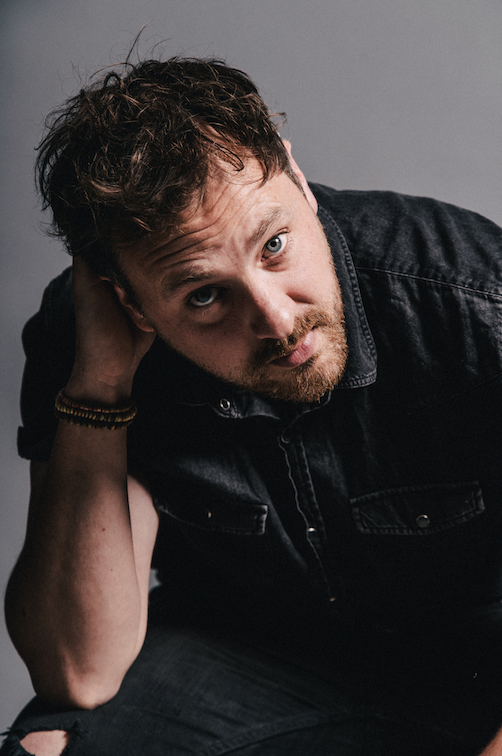 It's nice to get a little bit of recognition at the end of what's been quite a long journey already, but I feel like I'm starting all over again.

The song has been used on Reels by athletes, olympians, chefs and high profile people in fashion, health and beauty, and by people of all ages from all over the world; surely Jack has a few favourites?

“There've been some great ones actually,” he pauses, thinking. “It was nice to see Jamie Oliver and Tom Kerridge using it, just because I used to work in restaurants, so I've got a bit of a bond with chefs – it’s a very unique industry. I really liked seeing the breadth of it.

"We'd get videos of people skiing in the Alps, people in the Caribbean, dogs on surfboards, and people walking their bunny rabbits. That was just awesome. It's so nice to go, ‘Oh wow, this guy in New Zealand is parachuting and listening to Feels Like Summer at the same time.”

Although he admits they haven’t all been as good:

“Some are bizarre,” he laughs, nodding. “One guy sent me one of himself just painting a door. Don't get me wrong, I'm very grateful for people using it! But it's been interesting what people choose to put the song to.”

November saw the viral song followed up by heartfelt track, Stay Like This, which Jack says he has “lots of feelings about.

“It's not always easy to put these kinds of songs out into the ether. Have you ever been in a moment that felt so sweet, so easy and you know it's gonna pass but you'd kind of do anything for it to stay exactly the way it is?” he asks.

“Well that's Stay Like This. It's all those mornings you woke up with that person that made you feel special and lucky and loved, when there are no stars but that person makes you shine anyway. It's a bit raw, it's a bit real and it's a bit like leaving the curtains of my complicated mind wide open on a busy street after dark!”

Jack is excited to finally announce his UK tour dates – “It’s been a long time coming!” – kicking off in Manchester in March 2022.

“I’m excited about cracking on and doing as much as I can,” he smiles at the prospect of performing live again. “It's nice to get a little bit of recognition at the end of what's been quite a long journey already, but I feel like I'm starting all over again, and I've got plans for plenty of stuff. This year’s been an absolute trip, and I know I’m getting closer and closer to being able to tell my story to a whole lot of new people.”