Sharlene-Monique: Singing for Harry and Meghan and Shure's support for new artists

London-based artist Sharlene-Monique has spoken to Headliner about her creative process, working with Shure as part of the pro audio giant’s Make The World Your Stage campaign for supporting independent artists, and what it’s like to sing at a royal wedding…

Inspired heavily by the gospel music she was immersed in as a child, before going on to absorb the influence of such artists as Whitney Houston, Lauryn Hill, Lianne La Havas and Gabrielle, Sharlene-Monique has taken those musical touchstones that were so crucial to her artistic development and used them as a springboard to create a sound uniquely her own. Having been honing her craft from such a young age, she has gone on to achieve a formidable amount in a very short space of time. At 15, her band Divine Unity performed at London’s Royal Festival Hall, her solo work has seen her support the aforementioned Gabrielle on tour, and as part of the Kingdom Choir, she performed at the wedding of a certain Prince Harry and Meghan Markle.

In addition to the release of her latest EP Perspective in 2021, she was most recently involved in Shure’s Make The World Your Stage campaign. Designed to support up and coming, independent artists, Make The World Your Stage offers artists the chance to record a track utilising the company’s world class equipment, as well as a professional photo shoot to help promote themselves and their work to a wider audience.

Headliner sat down for a chat with Sharlene-Monique to discuss her fascinating career to date, and how Shure is helping her break new ground and reach new audiences…

When did you first know you wanted to be a singer?

I have been singing since I was about three. In the Pentecostal Church my dad was a musician, and he would make my sister and I sing songs. Eventually, she didn’t want to do it anymore, but I always loved it. Then I sung in a band when I was 15 called Divine Unity. We played places like the Royal Festival Hall, we played overseas, and then in 2017 I released my first solo song. I’m also part of the Kingdom Choir, for which I had the pleasure of singing at Harry and Meghan’s wedding. And I recently toured with Gabriel.

How did the performance at the Royal wedding come about? And how did it feel to perform?

How do you prepare for a performance like that?

It’s weird. Because I was with other people and wasn’t singing a solo, it wasn’t too nerve-wracking. We’d rehearsed the song to death, so by the time we got there on the day, we were just excited. And when you’re there and you see them in person, they were just like any other couple in love. Even though it was being watched by billions of people, I was calm and relaxed. I was more nervous on tour with Gabriel because that was just me and my husband. With the choir, if I forget my harmony, the person next to me can probably help me out! 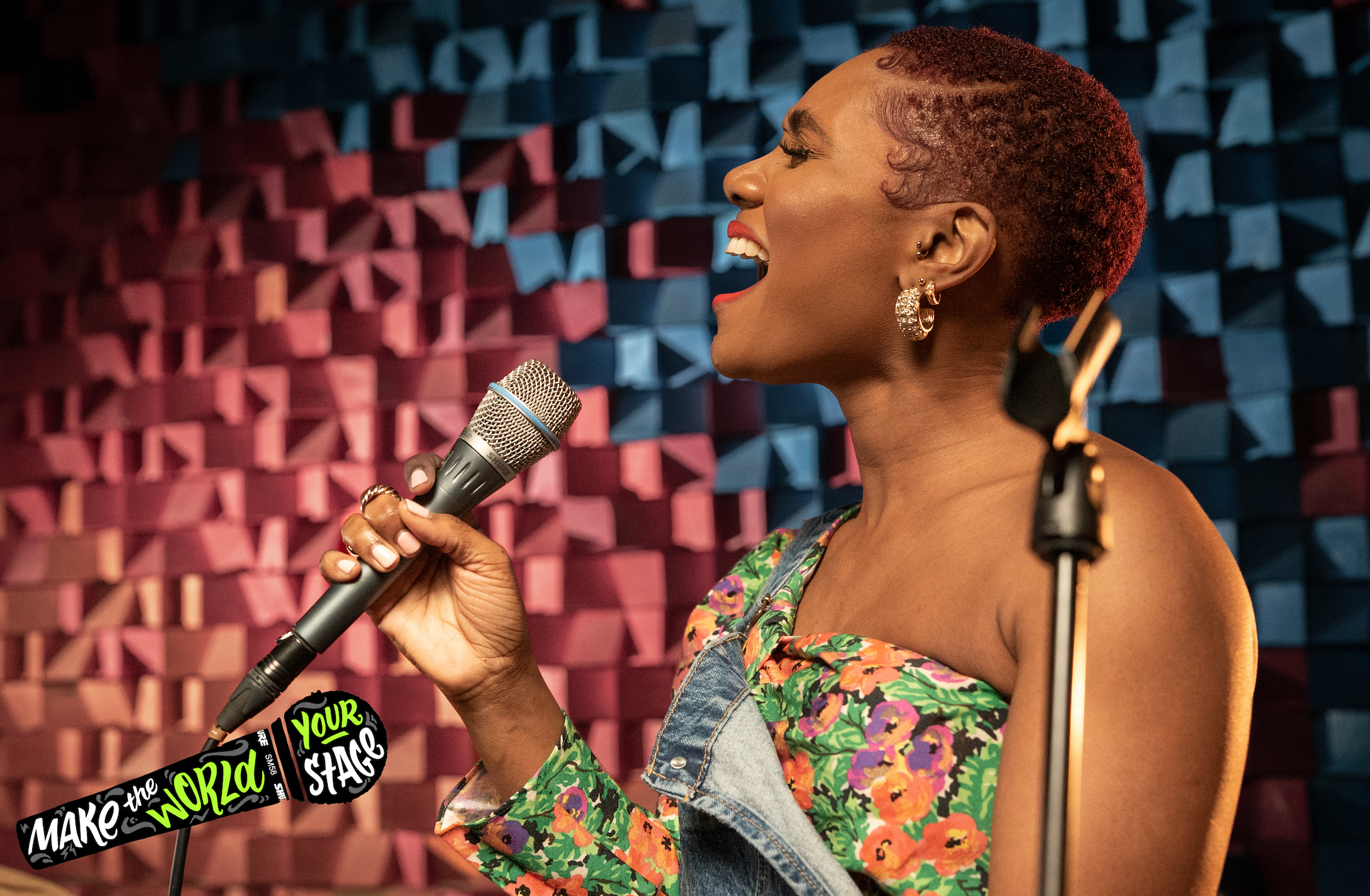 To be given such a massive platform is a gift. Sharlene-Monique

When did you start developing as a songwriter?

I’ve been writing songs and driving my family crazy since I was about 10. I wrote a lot of the songs in my band, and when it came to doing my own music, it wasn’t even an option. I just love writing music and telling stories. I feel like I’m a storyteller, so it comes quite naturally to me.

How did you set about pursuing music as a full time calling?

I’m someone who puts myself out there quite a lot and I take risks. Things don’t happen overnight, so I spent a lot of time doing things that weren’t necessarily my thing, but lead me to this. So, Karen, the leader of the Kingdom Choir, used to go around Europe leading gospel workshops. I had no desire to be a gospel choir conductor, but I would go with her and those opportunities opened other doors for me. So, when it was time for the Kingdom Choir to do an album with Sony Music, my connection with her meant I ended up having the only original song on the album.

But I think it’s all the other stuff I was doing as well – if she asked me to sing somewhere I would just do it. Even the Gabriel tour, being able to tour on that level came from doing local gigs. I had the privilege of singing at an event called The Gold Show, where she happened to be in the audience because one of her backing vocalists was one of my co-headline artists. She DM’d me because she wanted one of my CDs, and then later I bumped into her at a petrol station! She was like, ‘I remember you, I loved your set’, and she starts telling me she’s going on tour. So, I just asked her if she had a support act. She said no and told me to contact her manager. Now, I know that opportunity didn’t ‘just happen’, because they had seen me and liked me, but if I hadn’t asked, that opportunity wouldn’t have presented itself.

You’ve become involved in Shure’s Make The World Your Stage campaign. How did that come about?

One of my mentors is a fantastic artist called Jake Isaac, and he was performing at their press day around this time last year. He needed a support act and he asked me if I wanted to come along. I then connected with a young man called Jack who told me about the Make The World Your Stage campaign. I knew Jake was already a part of it and they said they would love to have me involved.

It’s been a great experience. As an independent artist, to be given such a massive platform is just a gift. I love what they are doing as it’s for up and coming artists like myself, and it helps give you that exposure to a wider audience. So, we went to a studio - that I chose - to record one of my favourite songs, and it was just great. I was interviewed, there was a photo shoot and it was an opportunity to record with an incredible system. It was great to hear myself sound that good! The whole thing has been amazing.