SIX60, one of the biggest bands ever to come out of New Zealand, achieved international recognition on a scale they’d never seen before after they became the first band to play stadium shows in front of 50,000-plus crowds since the onset of the pandemic. The gigs inevitably captured the world’s headlines and helped introduce them to a new global audience. Here, the band’s Marlon Gerbes reflects on their newfound fame, the power of those now legendary concerts and how getting stranded in LA during Covid led to the creation of their new album Castle St…

You’ve just arrived in UK. What have you been up to of late?

We’re here in Europe promoting our new album Castle Street. We started off in Amsterdam,, which is one of my favourite cities, then we went to Germany and are finishing here in London.

How does it feel to finally have Castle St. out in the world?

It’s mixed emotions as always after a release. You’re excited, anxious, you don’t know how people are going to take it, especially as we pushed our sound as far as we possible could. The dust hasn’t settled yet. But everything is starting to roll out, we have videos dropping every week on YouTube, we’re kind of at the beginning.

How did this record come together?

The last couple of albums have mostly been done by Matiu [Walters] and myself. We would usually go around the world doing sessions and after a while we’d be ready to record the album. Then we’d go into the studio with the band to record their parts. But this time was very different. We had been searching for a way to challenge ourselves and what really resonated with us for this record was bringing the boys together equally in the room to write, which we haven’t done since the first album. That was a big thing, as we hadn’t written collectively for a couple of years, then the pandemic hit, and at that point we were nearly ready to start recording.

But what ended up happening was that it forced us to accelerate that timeline and forced as to be together. We went to the States during the pandemic when it felt like things were opening up, but then Omicron hit. We went over there for a festival in California, and then we got stuck there for six months. Because of the rules in New Zealand we were stranded, so we decided to throw ourselves into recording this album. It really reminded us of when we were making our first album in the flat in Castle Street, writing in kitchens and lounges. We had an Air B’n’B with all of our families and we just started focusing on making music in a therapeutic way. Then we picked up momentum and the album started fleshing itself out. We connected with the producer who had done our last album, as he was in LA, and Castle St. was born. 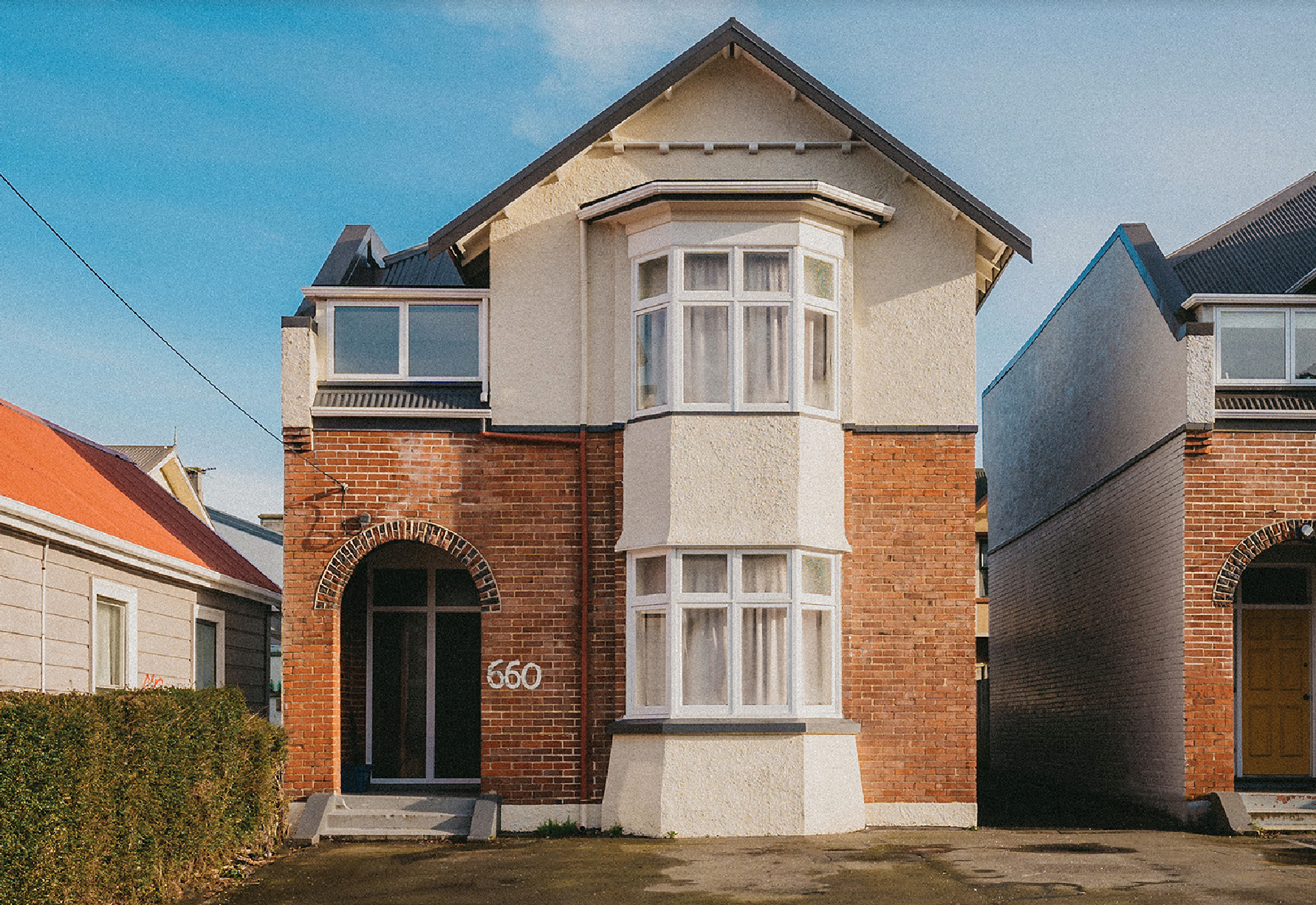 How did you cope with being stranded together for such a length of time?

Our families were with us, so that helped a lot. That family energy weas really important. And we’ve been doing this for 12 years, so we were quite mature with knowing how to give each other space. But it forced us to really work together, which was the upside of something so bleak. To be so close physically and mentally ,we really cracked on, and we feel it was a really special album. We had wanted to make an album this way for a while, so we just launched ourselves into it. It was actually really lovely. There were no hard times. As the songs started coming and we could see the picture developing we got more and more excited.

There was a lot of media attention around the band when New Zealand opened up for the first time in the pandemic, and you were able to play huge shows with no social distancing measures. Has it introduced you to new fans?

Just before this European tour we did a US tour and we saw a new audience that was pretty evident. It was a remarkable step up. And you can just feel it - on our social media; our manager is getting emails left, right and centre with international opportunities. We’re just trying to make the most of that. We always try to find silver linings in things, and this has been one of those. The attention we got for those shows was great in terms of getting this album out there. Those shows really helped us to cut through.

How did it feel to be in that spotlight and almost be the beacon of hope for the rest of the world?

It was really emotional. So many emotions, you could just feel it in the air. You could see in people’s faces a sense of relief, but also a sense that we were still not out of this so let’s make the most of it. The high point was Eden Park, which for us as a band and for New Zealand music… no one had ever played this stadium before. 50,000 people! I proposed to my partner after that show the next day. There are so many things about that show that will forever be etched into my memory. I’ll never forget it.

You said that you were trying to recapture the essence of your early days with Castle St. What were those early years like, and what were some of the biggest influences on you as a band?

I started my musical journey with an acoustic guitar at about 10 years old. Metallica was the first band I was obsessed with. System of a Down was another huge band for me. I was writing songs just for a laugh at high school, just to make my mates laugh, that was my intro to songwriting. And some of them were pretty catchy! They say you spend your whole life writing your first album as there is no pressure or expectation, so you are in this free, playful state of mind, and that is the best state to be in. Fast forward to this new record, it was a matter of taking away the distractions and just being playful and being present with the writing. And that is hard with what we’ve built, your experience tends to go against you. You have a style you’ve developed, and it was a matter of trying to break that down.

Will you stick with this approach?

We feel like we’re only just starting, which is weird after so many years. There is a resounding feeling of this being the start of something and us all being on the same page. During the writing of this album the BeatlesGet Back documentary came out, which we were all watching, and that was a huge inspiration. It was all about being playful, dropping egos and having fun. And then if you stumble upon something, preserve it! Even though it was hard for us in LA, it was an adventure, and we want another adventure. So, we are thinking of places to go that are far away. We like the idea of taking ourselves out of our comfort zones and simulating that feeling again.

Did you enjoy Get Back?

It’s a treasure. And it’s a treasure for bands. That film popped the mystery of this band as being gods. They’re human beings like the rest of us and sometimes it takes a long time to put a song together, and then there strikes of genius and it comes together really fast. That is just how it is. I love that Peter Jackson didn’t cut it to be mainstream. I remember watching the first hour and thinking, this is boring! Nothing is happening! And it seemed frustrating at times, but that is exactly what it’s like being in a band. And it was so great to capture that essence.