Brooklyn-based indie rock five-piece Slow Fiction are set to release their self-titled debut EP on February 16. Headliner caught up with vocalist Julia Vassallo, guitarists Joseph Skimmons and Paul Knepple, and bassist Ryan Duffin to discuss the band’s origins, their creative and the burgeoning scene bubbling up in NYC…

How did this debut EP come together?

Julia: We recorded our live tracking in Studio G Brooklyn, then we took the live tracks and the stems and Ryan, Joe, Paul, and Akiva [Henig, drums] did some cool stuff on those in their apartment.

Paul: In terms of the songs on the EP, about half of them are songs we’ve had for six months or so that we started playing live and then transformed when it came time to recording them. Then the other half came to fruition more recently after we slowed down from playing live. We started recording in August and then we would just record and work on it whenever we had the chance. It’s been a fun process but it’s nice to have everything done and for the songs to be ready to release into the world.

Jonathan Schenke (Parquet Courts, The Drums Snail Mail) was involved in the making of the EP. How did that come about?

Joseph: He handled the mixing and the mastering, and that came about through a mutual connection we had. So, we contacted him and he was interested in working with us and that was a huge thing for us as we are big fans of his work.

Ryan: We came with all these stems that we had recorded in a lot of different places over a couple of months, and he just took that and ran with it and really brought everything to life.

How did the five of you meet?

Julia: Paul and Joe had already been playing together in a practice place in midtown Manhattan and they wanted to start playing live shows and writing more songs. Me and Paul were mutual friends. I remember meeting them for the first time in a bar and just talking about The Beatles, and we realised we could play together, and we liked each other, but then it was like, how is it going to sound? So, we tried a few things, and it worked out really well, but we still needed a bassist and a drummer. We posted an ad on Craigslist and that’s how we met Ryan. We had another drummer originally, but he moved out of the city, so we met our current drummer Akiva through a friend of a friend just playing shows in the city. We’re really fortunate to have him in the group. Everything fell into place, and it was a really cool way to meet everyone. 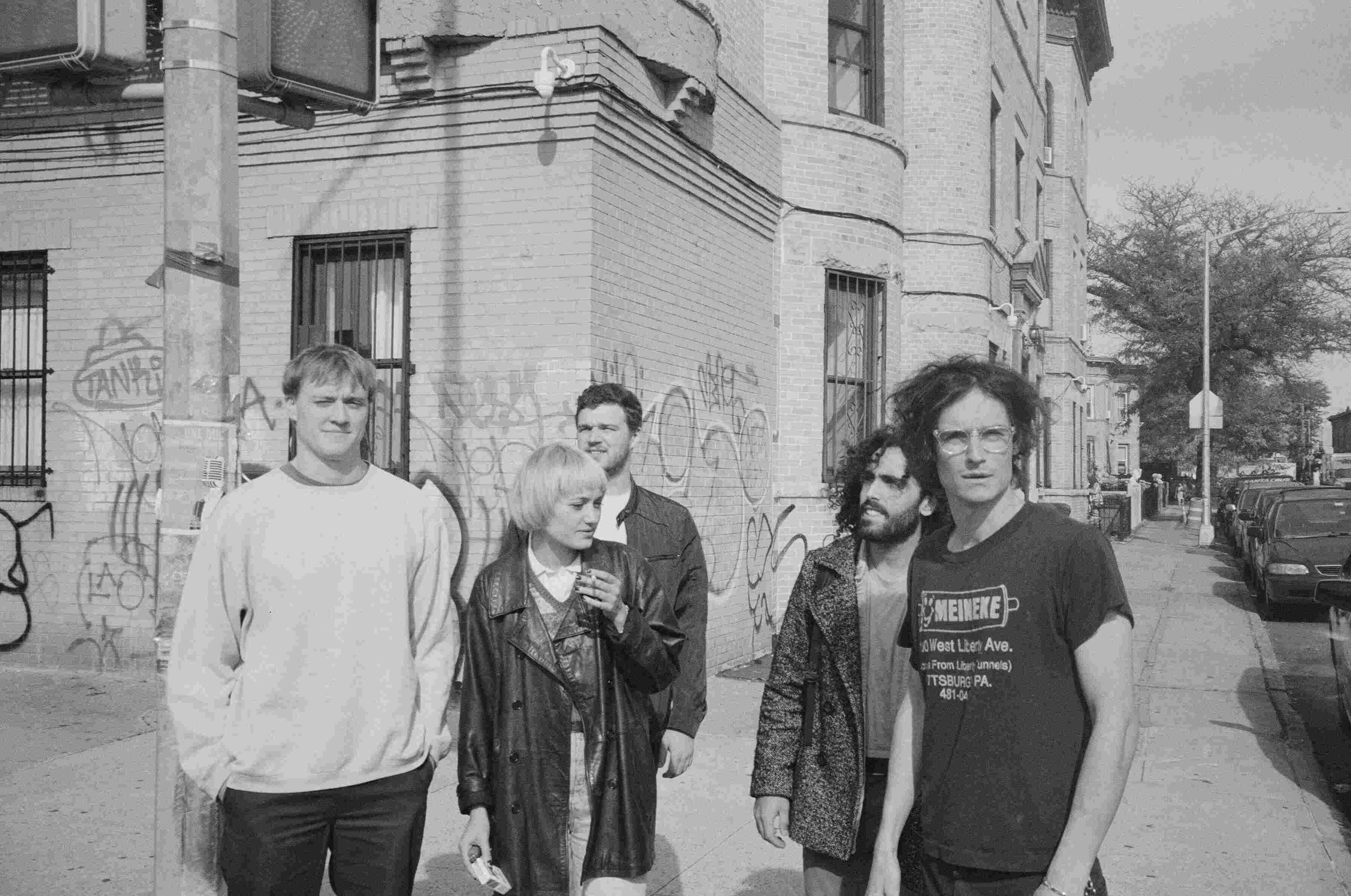 There is definitely a scene happening here. There is an urgency to be heard. Julia Vassallo, Slow Fiction

Talk us through your creative process?

Ryan: It is a mix of playing together in a room and collaborating remotely. When we rehearse we just play around with ideas and let things flow, but sometimes Julia will write a song with some chords and lyrics and we’ll work from that. And more recently we’ve been working on ideas on our own and then we’ll bring that to rehearsals and the band will help to flesh it out. We have a really wide source of starting points for songs.

Joseph: I love it when we are working in person, all in a room. There’s a song on the EP that just came together like that over two practices. We gel pretty well together when we’re all in the same space.

What were some of the influences that have shaped you as a band?

Ryan: The original ad I found for the band had this concept of being like Big Thief, Alex G, The Strokes, Pavement, Sonic Youth, a smattering of bands. That was the original aspiration but that is changing as we develop as a band and we are taking influence from different places.

Julia: Growing up, The Beatles, I remember listening to Abbey Road and I was just like, I want to be a musician. When I was growing up I shared an iPod with my mum and there were 11 songs on it and I remember going to sleep to Mazzy Star. I was very influenced by everything that was being played around the house.

Joseph: I think the first song we ever played together was a Mazzy Star cover. 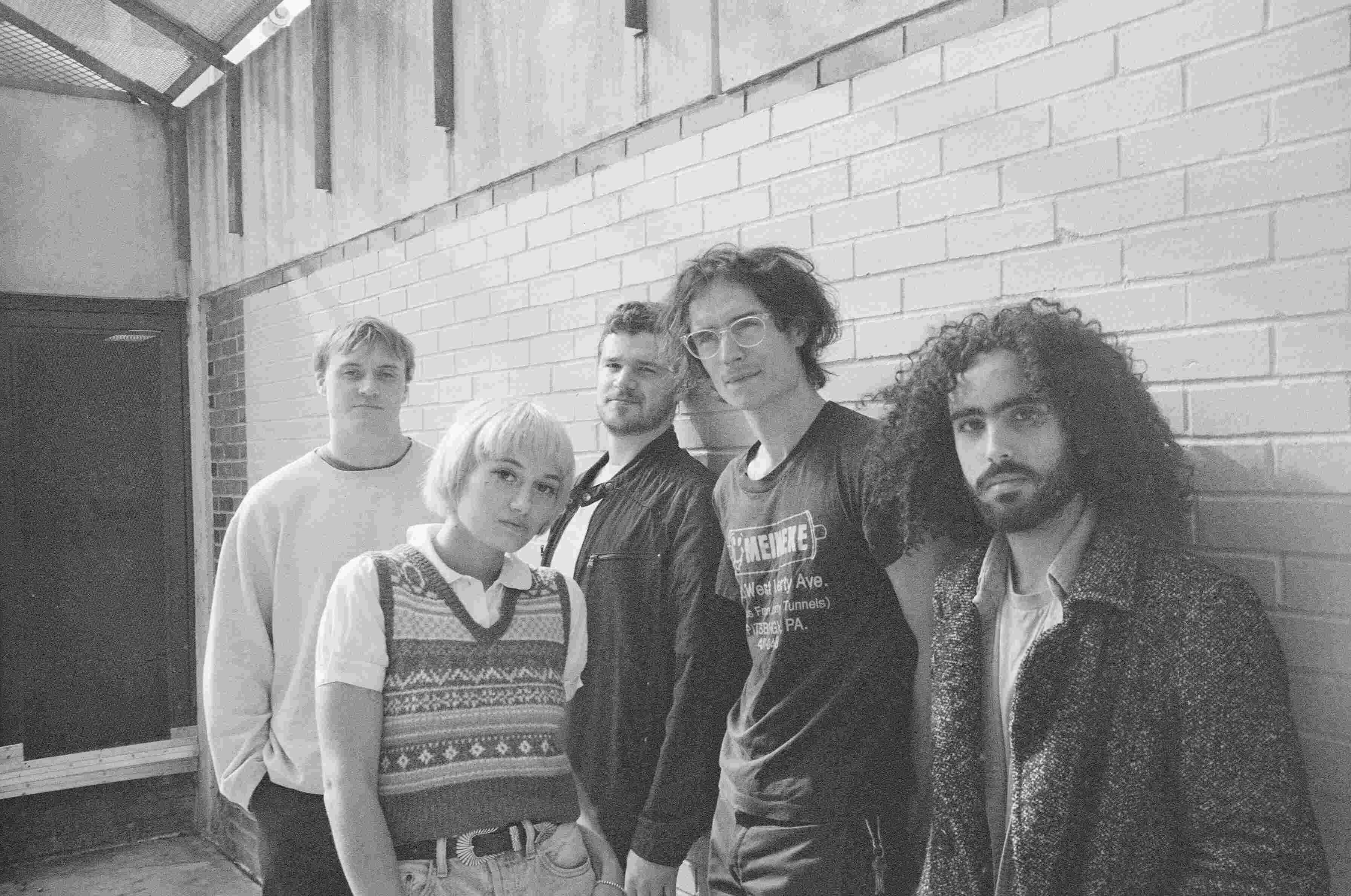 It's easy to compare any NYC band with a guitar to The Strokes or Yeah Yeah Yeahs. Joseph Skimmons, Slow Fiction

Did you enjoy The Beatles Get Back documentary?

Joseph: I just loved seeing them write songs. It was something you’ve never seen before. To see them come up with something from nothing was amazing. And I love that they didn’t make it look easy. It makes me feel better! You see some biopics and it’ll be like, someone just wakes up, sits down at the piano and writes God Only Knows!

Julia: I’m always praying that one of those moments happens one day - I just woke up from a dream and recorded the best song I’ve ever heard!

Joseph: I want a documentary like Get Back for all the albums!

Do you feel like there is a New York or Brooklyn scene bubbling up at the moment, and can something like that still exist in today’s industry?

Julia: There is definitely a scene happening, 100%. We feel like a post Covid community has really come back to the music world, especially in the city. There are so many new bands that have cropped up and everyone coming out of the pandemic had this sense of urgency to be heard. We came out of the pandemic, started the band and we had no resources other than doing it ourselves, and the community around us. We were fortunate enough to meet a couple of musicians when we started who would invite us to their shows and that’s how we started figuring out that these were cool venues to play and these were cool bands to play with. The community aspect in New York was one of the most crucial parts in us making any headway as a band. If we didn’t have the community surrounding us and all these amazing people to work with and help us I don’t know where we’d be. People generally think that there are two ways to get ahead - you just work for yourself and no one else or you try to work with everyone around you. We are the latter and that’s only ever proved to be helpful for us.

Do you embrace and take influence from the early ‘00s indie rock boom that exploded in New York in the early ‘00s, or is there a pressure to react against that?

Joseph: I think we are all absolutely inspired by that era. But it is very tough to escape being compared to The Strokes or Yeah Yeah Yeahs if you are in New York and you have a guitar in the band. It feels like it’s easy to reach for that comparison, so we do want to be new and do something different.