Singer-songwriter Rachael Sage had recently arrived back in her home of New York City when she joined Headliner last month for a chat about new music. Having just completed a sellout tour with Irish folk icon Imelda May, she was buzzing to discuss her latest record Revelation Ground, her artistry and production process, and what’s in store for the rest of the year…

You just finished your last three shows in Dublin with Imelda May. How was it being on tour this time around?

It was just amazing. Imelda is the loveliest human being, so warm and generous on top of being an extraordinary multifaceted artist. From beginning to end it was kind of a dream tour, and the perfect situation to resume touring across the pond after such a long time away.

Imelda is one of the strongest, most compelling female artists I’ve ever encountered, and so it’s really been an honour to be part of her tour. I’ve never encountered a headline artist who is so generous with her words on stage about a support act as she’s been with me, and I get the sense that that’s just who and how she is. It’s inspiring, and I try to be that way myself.

THERE IS SOMETHING ABOUT BEING HEAVILY INVOLVED IN THE ARRANGEMENT AND PRODUCTION SIDE OF THINGS.

What kind of approach have you been taking to songwriting recently?

I always try to write in a way that has nuance, so that people can also project a different experience on it. That is really what poetry is all about, and it’s what I enjoy about it, that intersection of metaphor with timeliness. One of the things for better or worse that we are able to count on as creators, is that there will always be a situation going on that requires our empathy, and rallies us to better ourselves as human beings. Whether it’s someone who’s specifically been going through what I wrote about, or now obviously the war in Ukraine, I feel like whenever I perform that song [Revelation Ground], there are people who come up to me afterwards and say that it resonates in a particular way, which is very humbling, and also a privilege in a way to be able to do what I do.

A lot of the songs I play are more fun-loving, upbeat, theatrical folk pop. Then I slip one or two ballads and some other folkier songs like Revelation Ground into a set, when I feel like people are really listening.

Could you tell us a bit about your creative process, and how Revelation Ground came together?

Having produced it on my own, it was an opportunity for me to really hone my chops as an engineer and get into the self-recording thing. I would much rather work with an engineer who’s much better at what they do than I am in that realm, but limitations can be motivational, and it did push me to get back into the technical zone. And so now, gratefully, I do have those skills moving into my next project. What I do next will probably be more of a hybrid between those acoustic elements I record myself and bringing in a band of course. 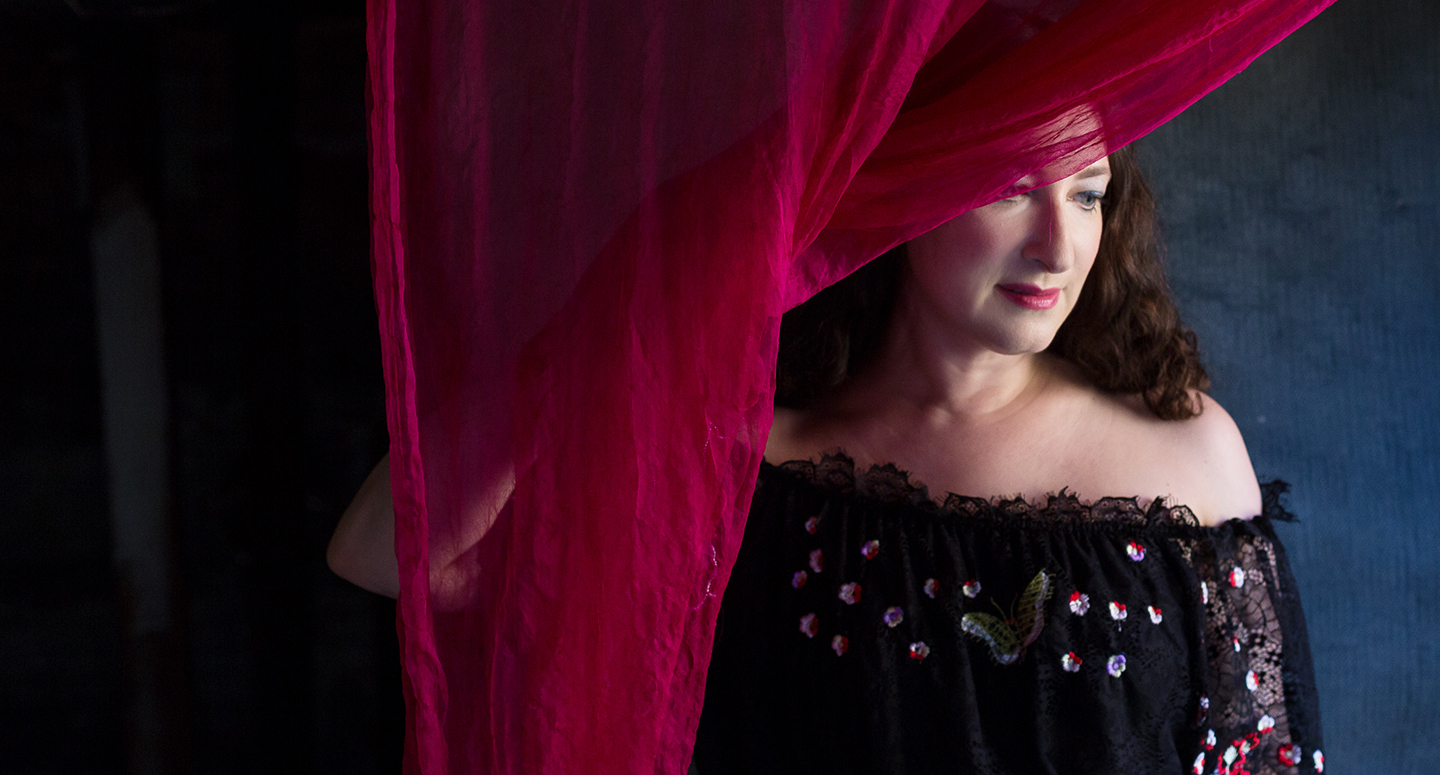 I feel like that’s been my natural progression; I was that kid with a four-track making my own demos. There is something about being heavily involved in the arrangement and production side of things now that I find to be fascinating and really gratifying, so I hope to do it more and more.

I’ve found a whole variety of ways to start writing a song. Back in the day, when I was a bit more of a MIDI kid, I had synthesisers and drum machines, and I was much more into electronic music then believe it or not. Then I lived in Ireland briefly, in my teens, and I became much more attuned to acoustic, organic folk music. It’s what I really love, and what really resonates with me.

For my album Poetica, I recorded it by myself in GarageBand. I had a very nice microphone, but it wasn’t super expensive. It was just me, my laptop, a mic and a Scarlett interface.

What do you have in the pipeline?

Ultimately, I’m a bit of an introverted extrovert. I love that relationship with a craft where you’re working on it consistently every day, whether practising or performing on tour, as will be the case for the next few weeks. I’ll be making some headway on my next record, which I have just decided on a title for; it’s going to be called The Other Side. I’m probably going to be finished with it sometime in the fall between all the gigs I have, and hopefully going to be putting it out in early 2023!

Listen to the full interview with Rachael Sage on Headliner Radio, here: