Apple has announced that its HomePod mini smart speaker is now available in yellow, orange, and blue, giving users more ways to express their personality and style in any space.

These new colours, along with white and space grey, feature colour-matched details throughout, including the tinted touch surface, mesh fabric, volume icons, and woven power cable.

At 3.3 inches tall, HomePod mini has been designed to deliver big sound in a small package, using computational 360-degree audio to provide a rich and detailed acoustic experience and deliver peak performance.

With multiple HomePod mini speakers, users can play the same music throughout the house, a different song in every room, or create a stereo pair for an even more immersive experience. HomePod mini is designed to work with Apple Music, Apple Podcasts, thousands of radio stations, and popular music services like Pandora, Deezer, and others.

When listening to music or podcasts, or taking a phone call, users are able to seamlessly hand off the audio without missing a beat by bringing their iPhone close to HomePod mini.

With the intelligence of Siri, HomePod mini delivers a personalised and deeply integrated experience for iPhone customers. Siri can recognise the voices of up to six different household members, tailor music and podcasts to their preferences, and respond to personal requests. 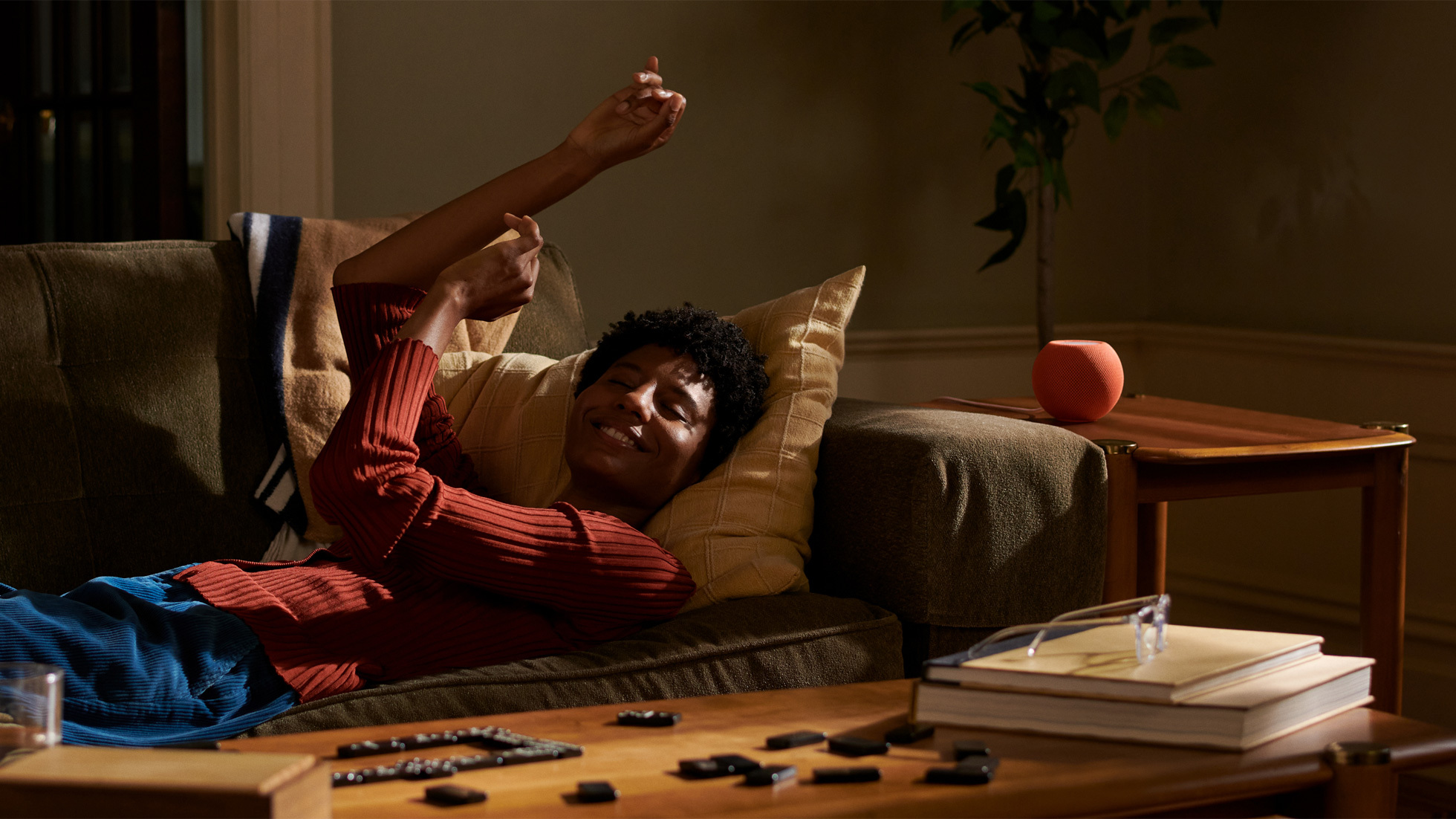 HomePod mini has also been designed to make controlling smart home accessories effortless, with simple voice commands for Siri to turn off the lights, change the temperature, lock the doors, set a scene, or control devices at specific times. With Intercom, users can send a voice message from one HomePod mini to another — whether in a different room, a specific zone, or multiple rooms throughout the home. Intercom works with iPhone, iPad, Apple Watch, AirPods, and CarPlay, so everyone in the household can get notifications and send messages.

HomePod mini is available now in yellow, orange, and blue, in addition to white and space grey, for £89 from apple.com/store, in the Apple Store app, at Apple Store locations, as well as through Apple Authorised Resellers and select carriers.