Having officially taken over the lease of the famous Battery complex in Willesden Green, North West London which contains the legendary mix room Assault & Battery 1, global recording studio directory Miloco is now poised and ready to offer the room out to artists and producers commercially, as Headliner recently discovered…

Miloco established a formal relationship with the iconic facility after taking over the management of Alan Moulder and Flood’s world-class tracking room, Assault & Battery 2, in 2008. Since taking over Studio 1 a month or so ago, Miloco has completely renovated the space, and has some exciting plans in the works to expand the studios further. Custom tailored to the highest tracking and mixing needs by Alan and Flood, you get a sense of the passion and expertise these studios were built on the moment you step inside.

Battery Studios offers a unique opportunity for Miloco and its clients - especially given the fact that both studios will remain fully equipped with Flood and Alan’s gear, providing users the freedom to immerse themselves in two incredible producers’ creative spaces. 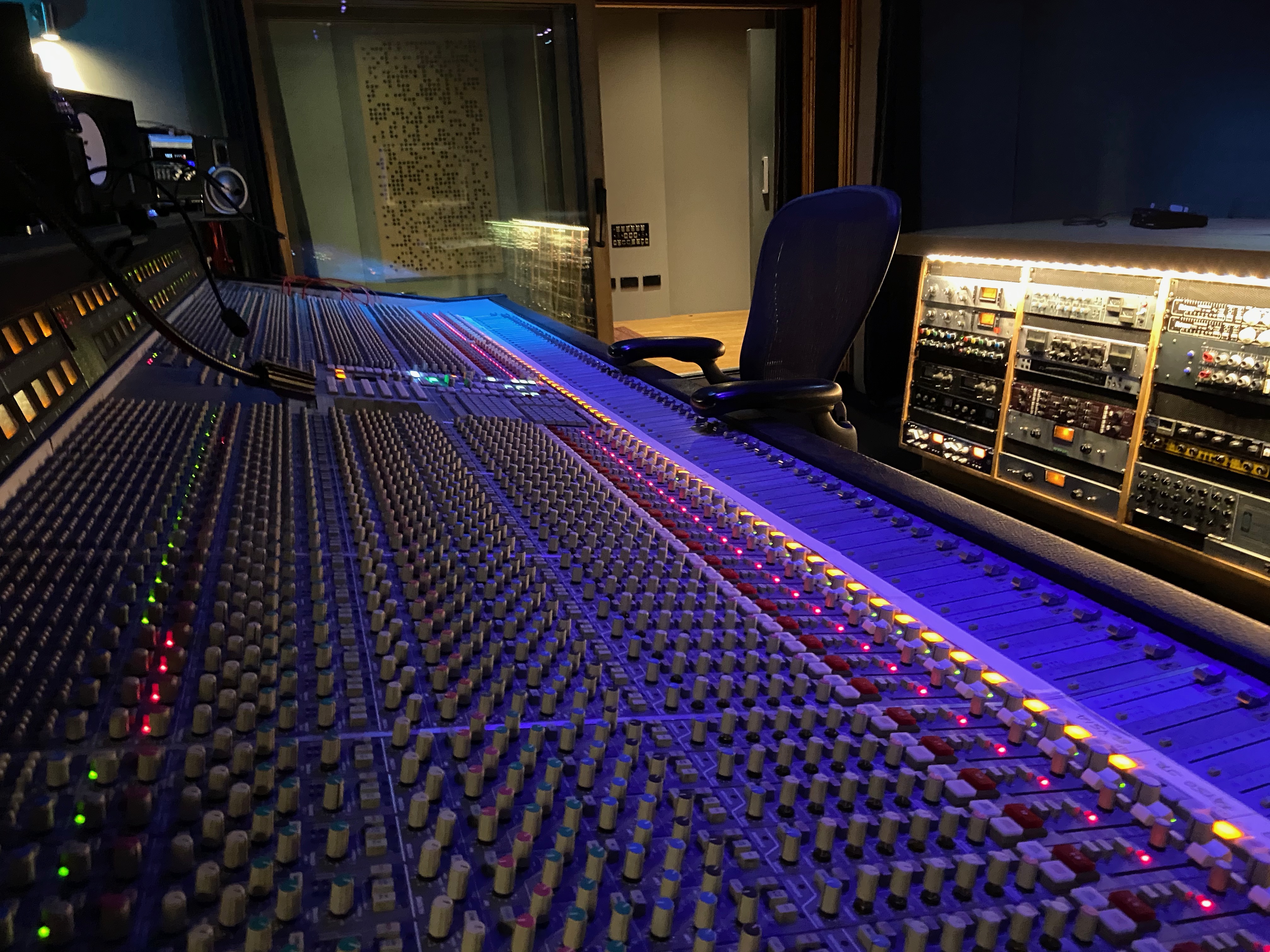 It was back in 1975 when billionaire record executive, businessman and co-founder of the Zomba Group, Clive Calder, bought the building and turned it into Battery Studios.

Throughout the ‘80s, the facility welcomed the likes of Martin Birch, who produced a number of classic Iron Maiden Albums including Killers there, Robert ‘Mutt’ Lange, who produced The Cars’ multi platinum selling album Heartbeat City, including the hit single Drive, and John Leckie, who produced The Stone Roses’ eponymous debut album following their signing by Silvertone Records. A number of years later, Sylvia Massey produced Skunk Anansie’s hit debut album Paranoid and Sunburnt at the studios, before BMG bought out Zomba and sold Battery to Sony/BMG executive Martin Dodds and All Saints manager Steve Finan in 2003.

A year later, Criterion Studios run by Barney Herbert and producer Mark Williams leased Studio 3, ushering in a new era of recording prowess. During this period, recordings were made by Simply Red, Placebo, KT Tunstall, The Killers, Ocean Colour Scene, Tom MCrae, and Fightstar amongst others, working with producers including Steve Osbourne, Dimitri Tikovoi, Andy Wright, Steve Lyon, and Flood.

In 2005, Flood and Alan Moulder took over the then Studio 4 (now Assault & Battery 1), which was soon followed by their takeover of Studio 3 (Assault & Battery 2) in conjunction with Miloco.

More than just a mix room, Assault & Battery 1 is a truly unique, intimate, and outstandingly accurate mix environment, with an exceptional spec that has been compiled by Alan and Flood over the course of their illustrious careers. Just a handful of Alan’s recent projects to have been mixed there include Royal Blood's Royal Blood, Interpol's El Pintor, La Roux's Trouble In Paradise, Foals' Holy Fire and Led Zeppelin's Celebration Day. 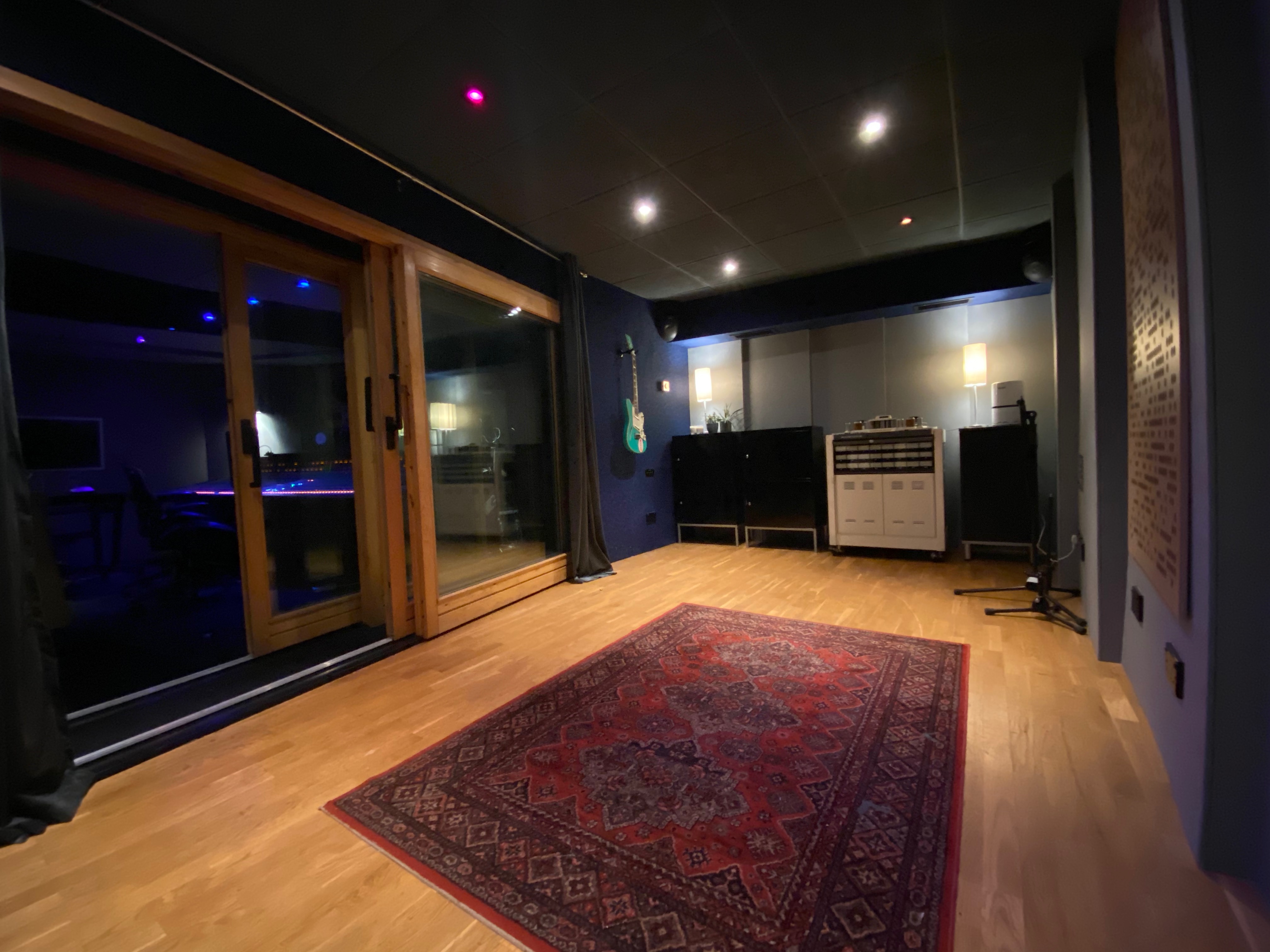 At the heart of the control room is a pristine SSL G+ SL4000 72 channel console with full automation once owned by Trent Reznor, and regarded by Alan as his very first-choice of board to mix on.

The desk was previously based in a New Orleans studio where Alan used it to produce numerous albums for Nine Inch Nails, and where he became drawn to its unique sound. The console is complemented by a huge range of outboard, including many rare and esoteric compressors, mic pres and reverbs.

Combined with an impressive selection of nearfield monitors and the superbly accurate acoustic qualities of the room, producers and engineers will no doubt enjoy using this great desk to its full potential.

“I love the sound of it, so we bought that off him [Reznor] and set up the room, which is the room we've been in for about 15 years now. And that was the start,” says Alan. “Then a few years later, the recording room upstairs became available [Assault & Battery 2], and we decided to take that on. So we've kind of got a little community in here.”

The choice of digital equipment is highlighted by an unimaginable choice of plugins loaded on a Pro Tools HD rig. Alan’s backline collection includes some exquisite guitars, amps and microphones, along with his huge personal collection of pedals, which includes models from the likes of Death By Audio, Electro Harmonix, Lovetone, Providence and other manufacturers. Many of these unique items are available for hire to clients using the room.

The studio also comprises a generous overdub booth measuring 15 square meters – perfect for recording guitars and vocals – however it is also popularly used as a 'B Studio' for editing (and even a chill-out lounge), made especially effective by its inspiring interior style. The booth continues the interior theme of the control room, dominated by warm and atmospheric Hue lighting, decoration and furniture, as well as platinum discs lining the walls, chronicling Alan and Flood's achievements over their years in the industry. 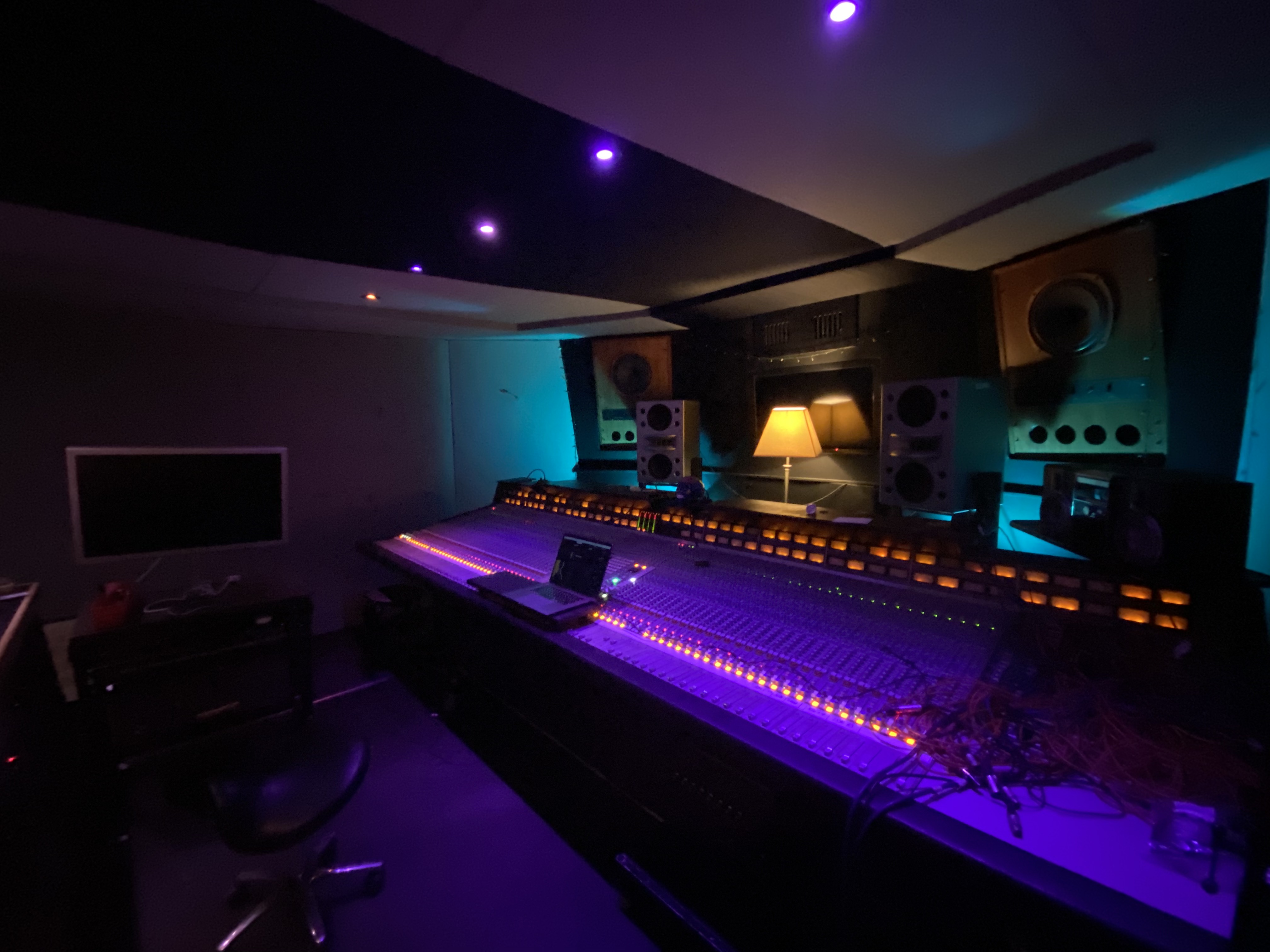 With a vibe that makes you feel instantly at home, A&B 1 is bursting with individuality and an unparalleled dedication to technical precision and accuracy. Alan himself is the studio’s biggest fan, and mixes the majority of his projects in there.

Today, Moulder is still one of the world’s most sought-after mix engineers and producers. It all started in the ‘80s at Trident Studios in London, where he worked with influential producers like Jean Michel Jarre, and met Flood for the first time.

“When I decided to make my mix room available commercially, I didn’t have to think about who was going to take care of it. We’ve had a long relationship in the building with Miloco; they’ve run our tracking room, A&B 2 from the beginning,” says Alan. “I’ve always been very impressed with the way they run studios and have a great personal relationship with all the people there.

“This is probably my favourite mix room in the world,” he continues. “I think it sounds completely true and has a great feel. I’ve mixed so many great records in there including The Killers, Nine Inch Nails, Suede, White Lies, Black Honey and Editors. It feels time for others to enjoy the experience of working in this room and I’m sure the amount of great records made there will increase many fold. I hope people love it as much as I do.”

It’s not only Alan that has experienced the magic of A&B 1. Record producer Robert “Mutt” Lange described it as his favourite mix room, having mixed The Car’s seminal hit Drive, as well as AC/DC, and Bryan Adams’ (Everything I Do) I Do It For You there. Add Robbie Williams’ Angels to the list and it’s clear to see why people are already queueing up to work in these rooms. 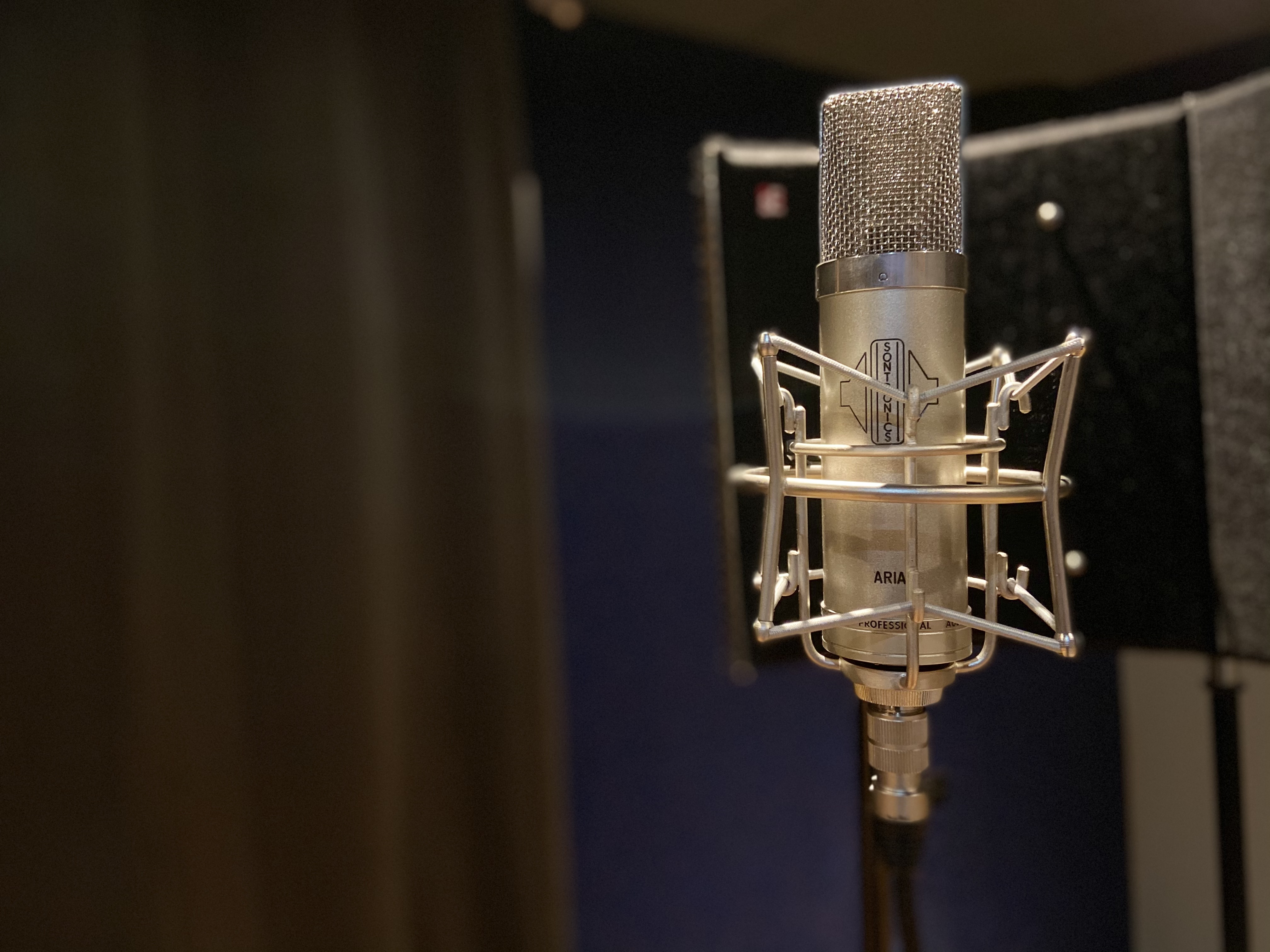 To add to the versatility of the complex and to complete the overall recording experience, A&B 1 clients may sometimes be given access to the impressive spec found upstairs in Alan and Flood’s tracking studio, Assault & Battery 2, which has been a joint venture between Miloco and the two producers since 2008.

Described by Alan as “tracking heaven”, one of Studio 2’s most notable features is its expansive live room, which since 2011 has contained a previously Abbey Road-owned Grotrian Steinweg Concert Grand Piano, opening up the studio’s appeal to classical and jazz musicians. Upon stepping into the live room, preconceptions of studios having to be dark and dingy environments are quickly blown away by a vast high ceiling and day-lit area that will cater for both large bands and even small orchestras.

To one side of the live room are two large isolation booths: a bright room that is ideal for producing colourful drum sounds; and a secondary dead booth that in Flood's own words must never be touched because "it sounds perfect!"

The control room, now complete with a fresh new carpet, is centred around a classic Cadac G-Series console formerly owned by Radiohead, along with a pair of Quested 412 monitors. A series of historic records were recorded through the Cadac at Wessex Studios with Bill Price at the controls, including Never Mind The Bollocks by Sex Pistols, London Calling by The Clash, Queen’s Sheer Heart Attack, Murder Ballards by Nick Cave and the Bad Seeds, Motorhead’s Overkill, and Pete Townsend’s Empty Glass.

As with the newly renovated Studio 1, a fantastic range of vintage microphones, mic amps and outboard are on hand for clients to make the most of. 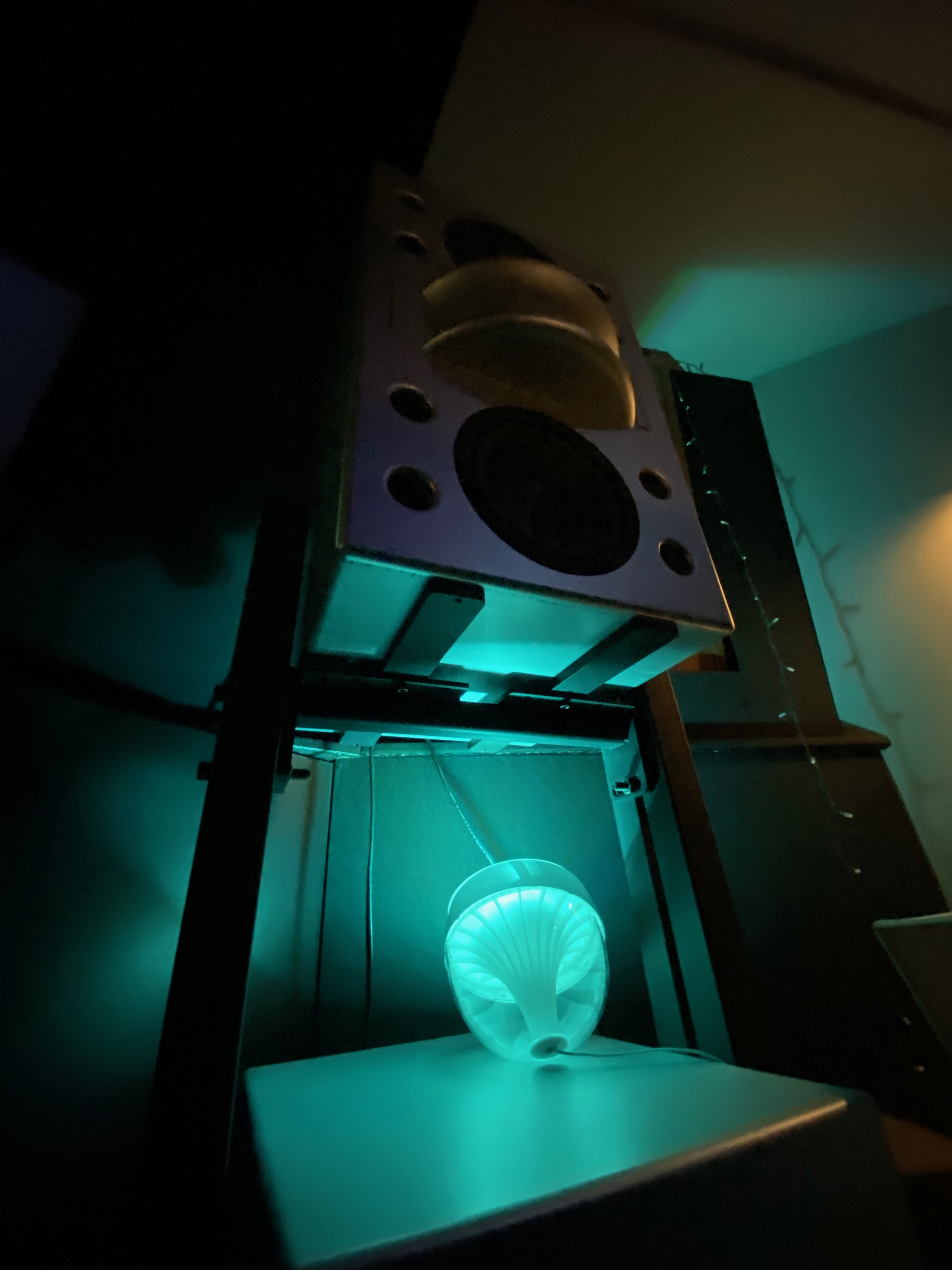 Miloco’s Operations Manager, Pete Hofmann, comments: “We are so excited to be fully taking over the Battery Studio complex. 20 years ago we made it our company ethos to keep studios open in what was a tricky climate, and we continue to build on that. We have already started with renovations to Studio 1 now complete, and have some exciting plans to expand the facilities.

“The provenance of these studios is phenomenal and has always been kept fairly private. Now there’s an opportunity for more people to work in Alan’s superb mix room and discover some of the magic that’s led to so many hit records.”

The catalogue of names that have passed through Assault & Battery’s doors over the years is impressive as it is varied. Recently, the studios have welcomed artists including Charlie XCX, London Grammar, Duran Duran, Kylie Minogue, Gary Barlow, Celeste, Tion Wayne, Sam Smith, Suede, and the Mercury Prize-winning Michael Kiwanuka.

With the studio’s irresistible combination of spacious, versatile recording rooms and unmatched equipment selections, Miloco is armed and ready to welcome music professionals to this magnificent facility, preserving its remarkable heritage that has been masterminded by two of the world’s most respected and distinguished producers.

With some big plans in store for the studios, Miloco is looking forward to embarking on the next chapter in Assault & Battery’s incredible history.

View the full studio page here and make any enquiries via bookings@miloco.co.uk