“Recording Grimethorpe Colliery Band was an absolute breeze thanks to the sonic purity of the Audient ASP8024 console,” says The Foundry Studio’s Chris Palmer. “We have 72 of these pristine channels in our console which gives us near limitless options in recording session of this size.”

The brass band, which shot to wider fame in the film, Brassed Off provided backing for Woman In Black actor, Shaun Dooley who sings a cover of Taylor Swift’s Never Grow Up.

Shaun joins a host of stars who have got together in this exclusive collaboration for BBC Children In Need to record an entire album to raise money for this year’s appeal. Each star has handpicked a song significant to them and received expert guidance from Brit and Mercury award-winning record producers and songwriters, Guy Chambers and Jonathan Quarmby. 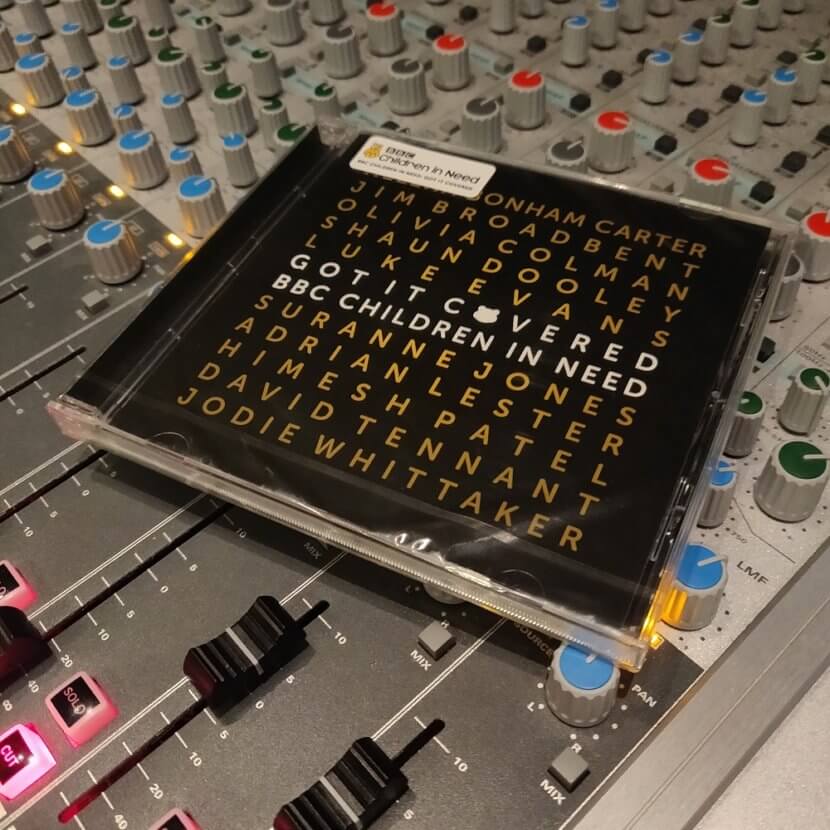 In a quirky twist, producer Jonathan was also one of the original team involved in building and setting up what is now The Foundry Studio.

With 1,000 square feet of live room, the Sheffield studio boasts one of the largest live rooms outside of London, facilitating larger choral groups and orchestral ensembles.

Chris adds: “Grimethorpe band have become regular visitors here at the Foundry Studio in Sheffield where we have recently finished another fantastic album with them, featuring the music of film composer Nigel Clarke, to be released next year on Naxos Records.”