Outhouse Studios in the UK recently tested out an Austrian Audio OC818 mic, declaring that it 'stands head and shoulders' above any other microphone.

Set up in 1993 by John Mitchell, the studio has recorded and produced hundreds of bands over the years, including You Me at Six, Enter Shikari and Architects, helping many of them achieve worldwide success.

Outhouse Studios is proud to offer its clients the very best gear, and is constantly updating the studio with the latest music recording equipment and software – most recently testing out an Austrian Audio OC818 microphone, which has already been used extensively by Mitchell himself, and bands such as Millie Manders and The Shutup, and Vex Red.

Mitchell is currently recording his own project, Lonely Robot, using the OC818 for vocals. “It is absolutely brilliant,” he enthused. “I’ve used pretty much every mic under the sun over the years, and it's certainly on par with a U87 – it has such clarity and a depth to it. It's brilliant, and the thing I like the most about it is you can stick a compressor on it, and it just sinks perfectly in the mix. There's no dramatic EQing required, it just comes out of the box with a really strong frequency response. It's absolutely brilliant.” 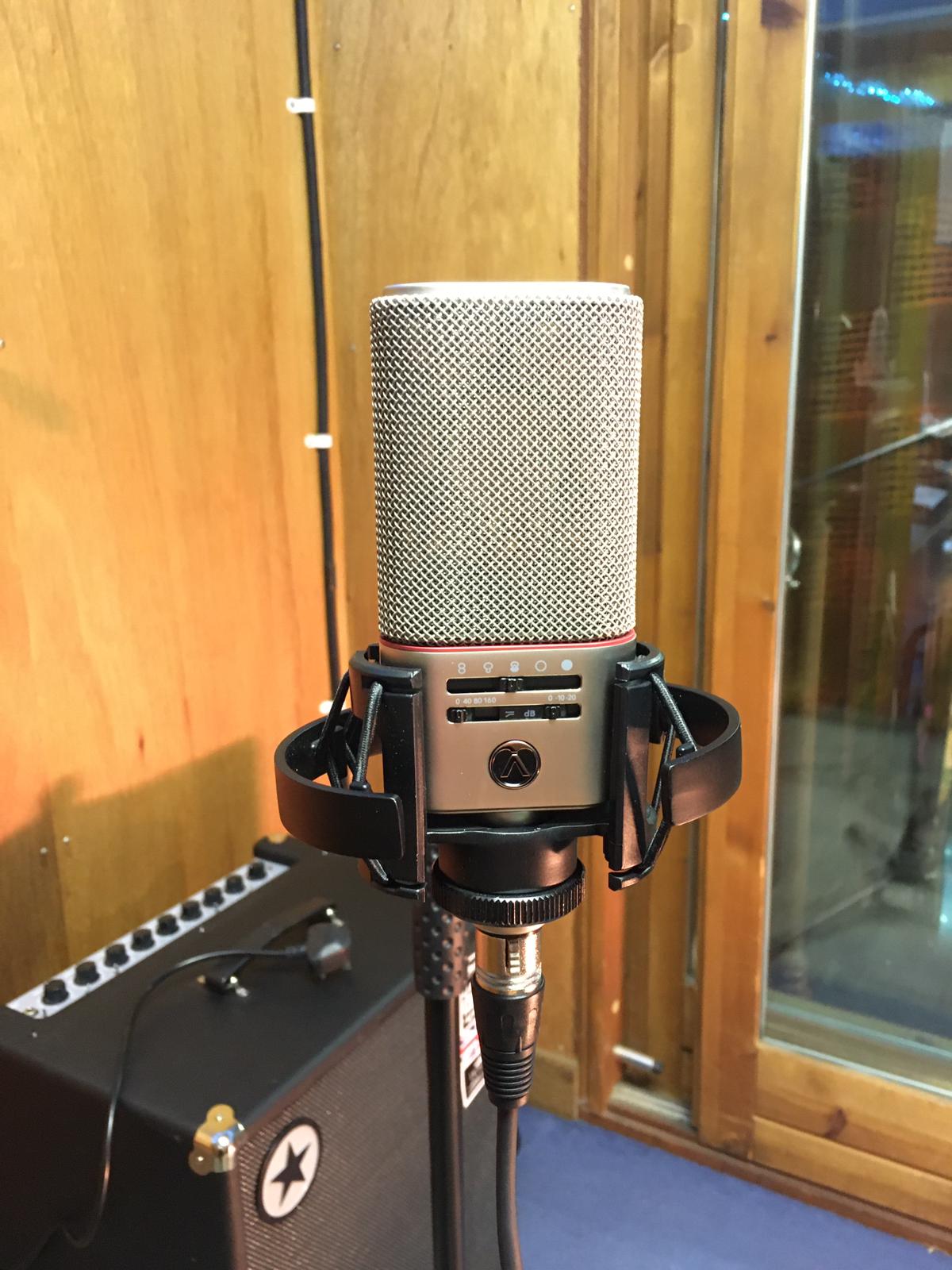 I've probably got about 40 different vocal mics in my studio, and this is certainly the best one I've ever used. John Mitchell

After using the mic to record with Vex Red, the band’s singer expressed how impressed he was:

“The singer asked me afterwards what mic we used, because it sounded so crystal clear,” confirmed Mitchell. “I compress it quite hard, and it just sits in the mix perfectly – there's no gloss required. It's absolutely crystal clear, which is perfect for what I need. The OC818 stands head and shoulders above any other mic; it’s certainly Top of the Pops as far as I'm concerned.”

Acknowledging that there can be some trepidation when it comes to using a brand new mic, Mitchell has been nothing but pleased with the studio’s new investment: “It says a lot that I am using the mic on my new album,” he said. “I've probably got about 40 different vocal mics in my studio, and this is certainly the best one I've ever used. It's completely exceeded my expectations in that regard, and I'm using it on everything.”

After using the mic to finish his own vocals, the OC818 is going straight back to the main studio. “Going forward, it's going to be used for everything,” he said. “It is head and shoulders above everything else I've got in my arsenal.”