Dave Eringa’s journey began at 21 - he was a tea boy, and met a young band called The Manic Street Preachers, who were recording their first indie single.

“It was a very old school way of hitting it off,” he laughs. “They needed someone who knew where a D chord was on a Hammond, and that was me! [laughs] So when I say I played keyboards on it, that’s probably a slight extension to what actually happened. In retrospect, the Manics were enormous outsiders: make-up splattered punk from the valleys at a time of Manchester, really; and I was a sort of long-haired, clueless metal kid from Essex, working in a cool studio, and not realising it was probably inapprorpriate coming in with Kiss and Guns N’ Roses t-shirts. Maybe they liked the outsider element!”

Eringa recalls the time that The Manics wanted to record their second record; they wanted it to sound very polished.

“They were after a half Guns N’ Roses, half Public Enemy sound, but Nirvana’s Nevermind had kind of hit, and everything in the rock aesthetic had changed,” he reveals. “That had been bad luck for them, and they were quite happy with how [the album] Generation Terrorists sounded. I think they wanted someone they felt was a peer, and could be a team member. I had continuously lied to them about how much engineering I was doing, so they asked me to do a track, which went well, and that led to demos. It seems weird in today’s environment, but Sony then asked me to produce the record!”

Eringa is a producer who sees himself as an extension to the band, rather than the ‘60s ‘elder statesman’ type.

“That’s very much my school of production: I am trying to realise the vision of the artist, and immersing myself in becoming the fifth or sixth member of the band,” he says. “The idea of an album being a snapshot of a band in a moment in time... It’s quite a romantic old notion, now, but if you can capture that moment of excitement, of recording, then you can really connect.”

I ask Eringa if there was a moment during that journey which particularly stands out to him.

“The watershed was when James [Dean Bradfield, Manics’ frontman] played me the monitor mix of A Design For Life, which I hadn’t produced, of course; I remember thinking, ‘holy shit, this is another level!’

“And then when we did If You Tolerate This, we all loved it, but none of us thought of it as a single; it’s about the Spanish Civil War, it’s jerky and weird, with no electric guitar until two-and-a-half minutes in! We made it as a b-side, actually; and then Rob Stringer - their A&R guy at the time, and now President of Sony – came down to Rockfield [Studios] in Wales, we played it to him, and he said ‘that’s the single!’ I remember thinking ‘you’re mad!’; I always loved it – but it’s still an odd single choice!” 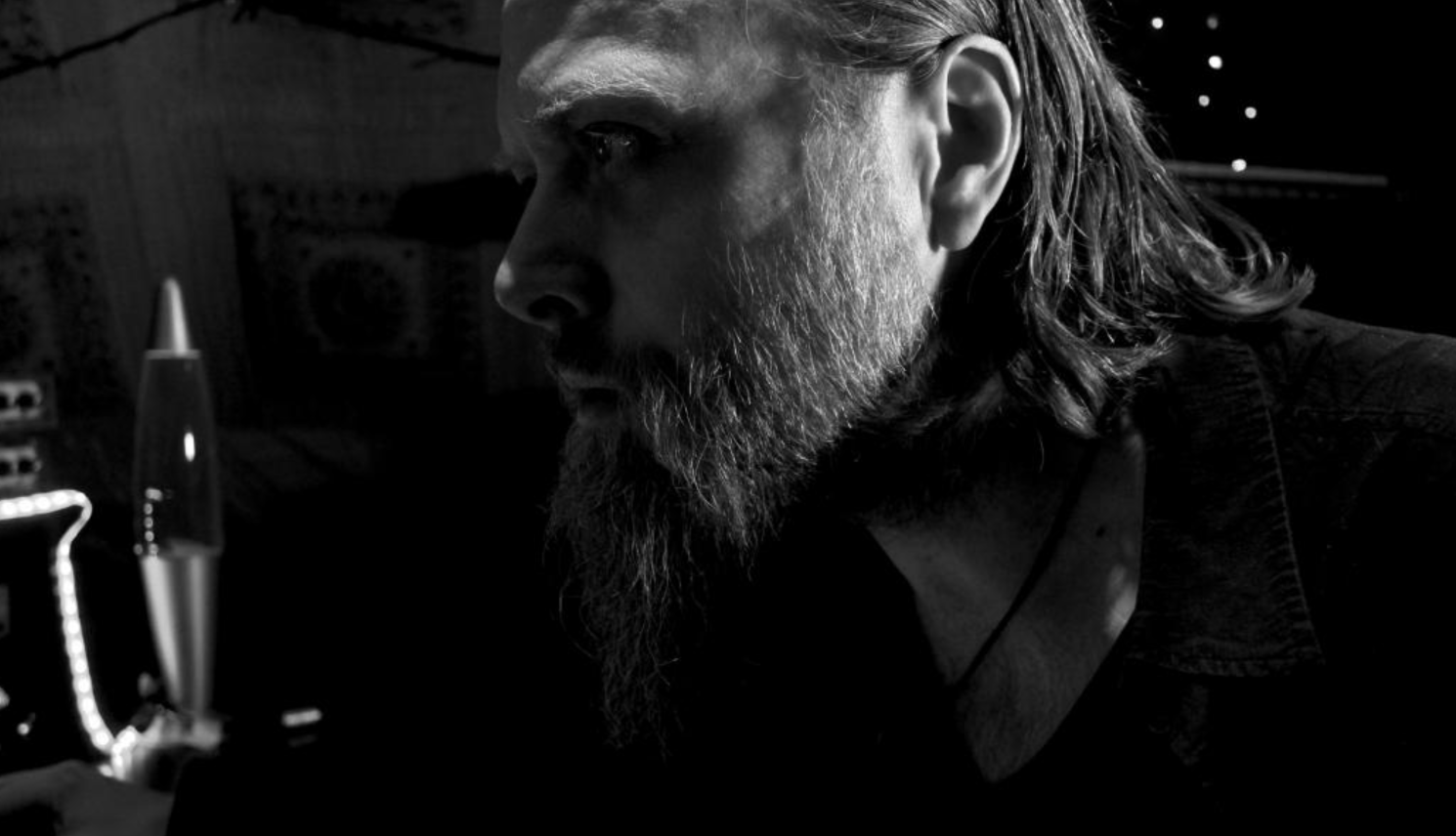 Sometimes that’ll be a no click, live performance; other times, it’s gridded, and electronic, and mechanical.

Most of the work that Eringa has undertaken since 1993 has been done at Rockfield – he sees it as his home, and the people there are like family to him.

“I think it’s the best studio in the world; I love it,” he admits. “The Manics are family to me, too; I’ve been with them 28 years, which is crazy!

Eringa’s phone rang quite a few times after the success of The Manics, and he enjoyed a couple of ‘lovely cul-de-sacs’, as he puts it: sessions with Tom Jones, and Kylie were enjoyable, but would never be long-term. Idlewild, on the other hand, was a different story: a band whose work ethic and groundedness has always inspired Eringa. He’s just finished their sixth record.

“It’s probably the bit I am most proud of, that people continue to come back,” Eringa reflects. “I have done multiple records with a bunch of artists, which is really nice. Their new album is out early in the New Year.”

Was the recording process different to the first, or is this something that has remained the same throughout?

“Yes, I suppose – you have to keep it fresh, as well, but it’ll always be song-dependent; I love it when we record all live, playing together in the room, but that’s not a rule, as it depends on the aesthetic that the song demands. Sometimes that’ll be a no click, live performance; other times, it’s gridded, and electronic, and mechanical.”

We chat a little about Eringa’s holy grail: Rockfield. Both its both rooms have amazing desks, respectively: one side boasts an MCI, one has an old Neve, with amazing mic collections, and great sounding rooms. It’s all of those things, but really, it’s the place, he says:

“You just feel creative there; there is a want to make music when you get there. The equipment is as good as you’d expect it to be, but it doesn’t look like Star Trek, so you can put your coffee cup down, and not worry too much!”

In terms of creators of audio products, Eringa has two ‘gear gurus’, one of which is Roger Meyer, who we’ve just spoken about; the other is Vic Keary at Thermionic Culture.

“I love all of Vic’s stuff,” Eringa enthuses. “I have the Culture Vulture, the Fat Bustard, and the Swift. When I am mixing, I use the Fat Bustard exclusively for my drums. I sum all of my drums using that, and it’s just fantastic.

“And in terms of EQ, the Swift, for me, is the best stereo EQ out there. Nothing comes close, literally. When Vic gave me the Swift to try out, I played with it for about five minutes, and said, ‘I’m very sorry, but that unit can’t go back!’ So I got the prototype! [laughs] I tried the new unit - the Kite - as well. Vic lent that to me. I think that is great, too. There is just a quality to all of his stuff - it’s just fantastic kit, basically.” 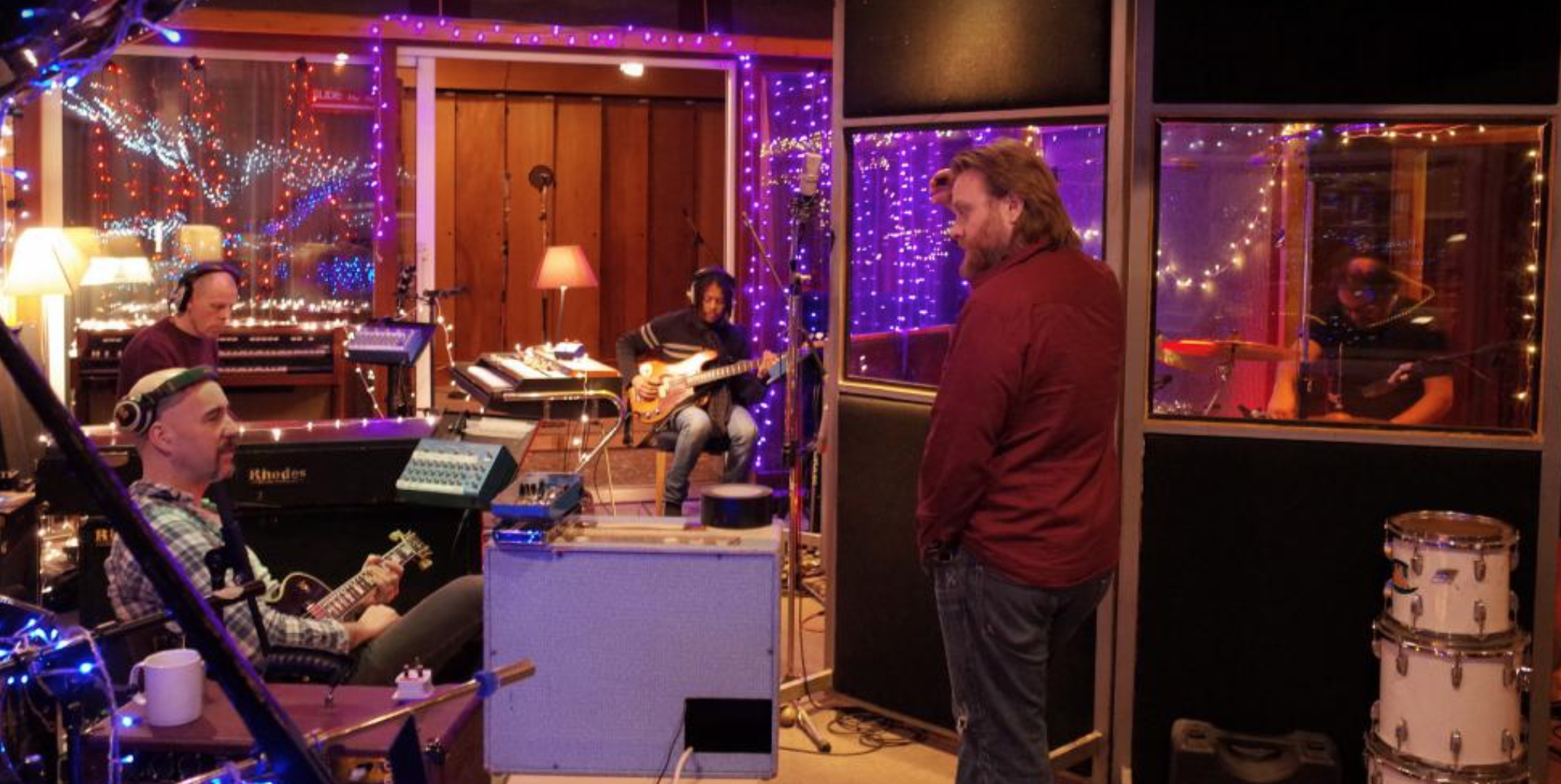 I use the Fat Bustard exclusively for my drums. I sum all of my drums using that, and it’s just fantastic.

When Eringa mixes, it’s somewhat of a hybrid system:

“I’m a big believer in analogue summing, and the UAD kit has enabled me to do it this way, so I also use a lot of plugins. For example, their Fairchild is that good - it feels like I am using a real one. Though I haven’t been able to find a mix chain that replaces plugins in the way I like to mix. I like to feel the analogue pushing back at me in a certain way.”

I ask Eringa to take us through the chain:

“OK, so my mix chain is: a Dramastic Audio Obsidian compressor, then into the Swift EQ, then the Culture Vulture, just tickling it a little - flattening it ever so slightly to get a little volume - and then into Roger Meyer’s 456 tape box.”Before I let Eringa go, so I can start making my Christmas ‘mix buss wish list’, we chat a little about the Music Producers Guild, and the upcoming MPG Awards, which is happening at Grosvenor House Hotel on February 28th.

Eringa, of course, is up for an award. He is yet to win any award, despite his extraordinary story, and client roster, but perhaps that’s about to change. I ask him what it means to be nominated by his peers for Producer of the Year - arguably the most revered award of the night.

“Well, the fact it’s peer-voted is amazing; and from what I have seen about the process, now having been nominated, you get a final three in each category, and it’s a closed, secret ballot, so no-one knows who’s won,” he says. “I have a lot of respect for the MPG; credits are such a difficult thing, these days, as most music is streamed, not even downloaded, and I know the MPG is trying to improve that, among other things. No-one knows who does what anymore on a record; I know they’ve added that to Spotify, but honestly, who’s looking?

“I remember seeing ‘recorded at Rockfield Studios’ on the sleeve of a vinyl, and thinking ‘wow, if I could work there one day!’, but that doesn’t really exist anymore, which is a shame.”

Eringa says it’s just lovely just to get the nod from the MPG, and anything else will come
as a bonus.

“We all live in our little bubbles these days; when do you interact with other producers? Especially me, as I’m into Rockfield, then back here to at my place, mixing, and that is it,” he reflects, making a fair point. “I interact far less with the indusry than I used to, so it’s nice to know some people heard those records, and thought that they sounded alright!

“We work with music, and we’re very lucky to do so. Often, creators are people that go to their day jobs - which they often hate - they crank up Logic when they get home for eight hours, to have some fun. This is what we do for a living!

“So sometimes, when it’s 3am, and I’m comping vocals, falling asleep at the screen, I have to keep that sense of perspective: it’s not that bad really, is it? [smiles]”