Capturing Christian Bale’s dialogue on the set of Ford v Ferrari – for what many car aficionados say are the most realistic race scenes ever created for a feature film – turned out to be surprisingly easy, thanks to Lectrosonics...

“I went to school in Seattle at Bellevue Community College, taking film-making classes – all of my sound was terrible,” Morrow admits. “That got me interested in sound – good sound. I took some classes and bagged working for free as a boom operator on a freebee job, Where the Air Is Cool and Dark. Twenty-five years later...here I am!” 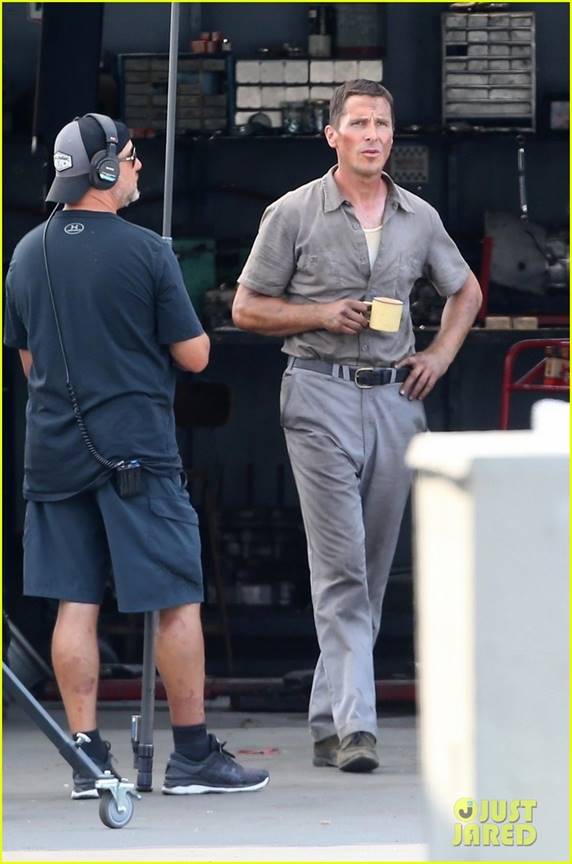 For Ford V Ferrari it was making sure to get the cleanest, clearest tracks on set of the cast. We knew going into that one that post was going to have a field day with the car sounds and racing! Steve Morrow

“The cars, including the Shelby Cobra and Ford GT40, were put on a vehicle called the ‘Biscuit rig,’ so named because it was used in the movie Seabiscuit,” he explains. “It has its own motor and stunt driver, a movable pod for a camera operator, and hauls the vehicle around the track at speed. Christian was focused on acting, not driving, and we miked him up with an SSM and DPA 4062 mic, then put a simple bag rig consisting of UCR411a receivers and a field recorder right in the trunk of the car.

"The Biscuit rig is designed for shooting and there’s no room on it for a sound operator, so we had to just start the recorder, watch them drive off, and trust we were going to get a good recording. Lectrosonics lets me have that trust, and I like the UCR411a for this sort of guerilla work, because it can really take a beating.” 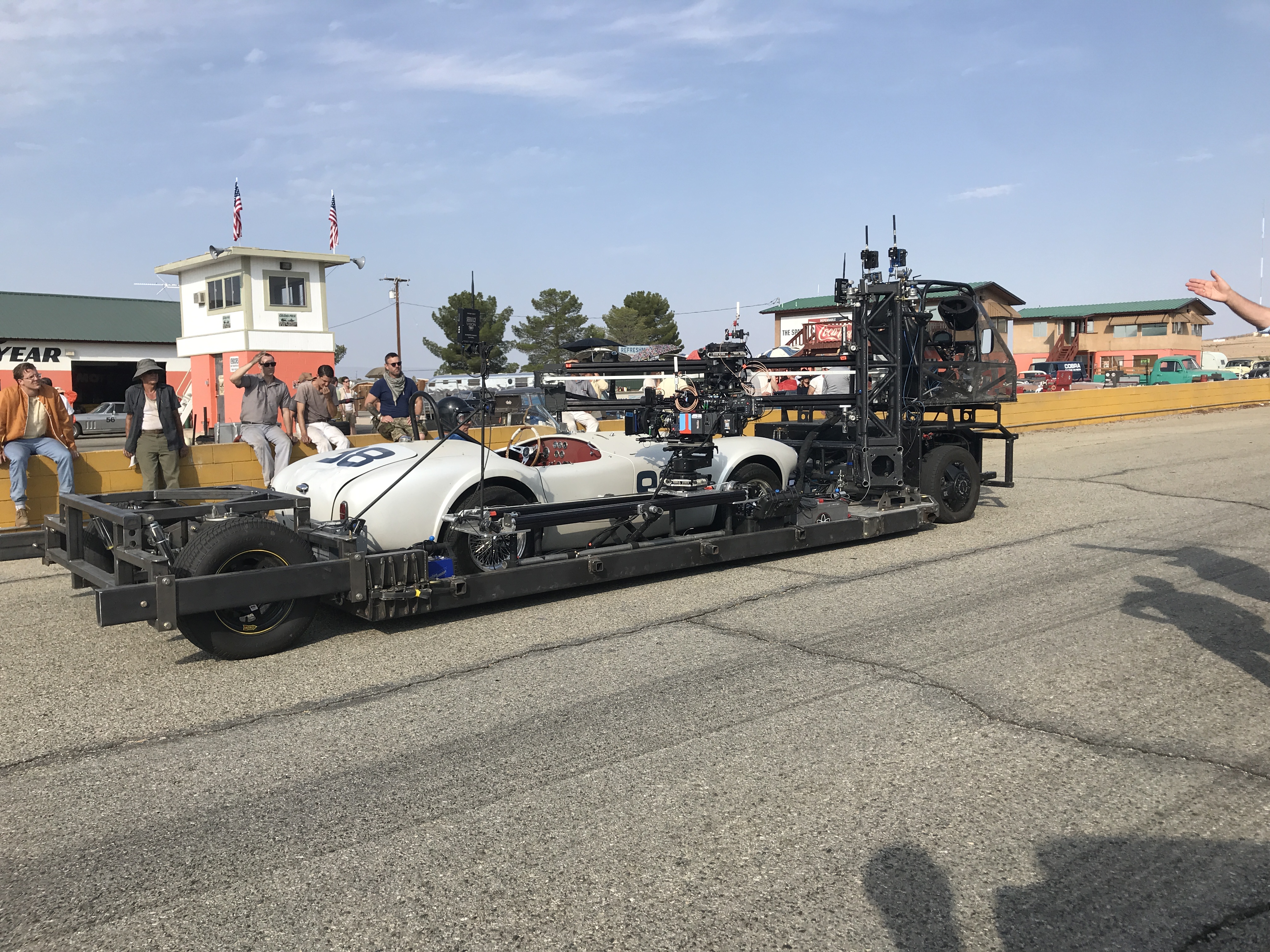 Morrow’s main concern was at what level the dialogue would be inside the race car on the track:

“For this I turned to the DPA 4066 lav – it’ll take 150dB of noise before overloading. This would only be used for any dialogue in the cars while driving. It worked like a charm! The biggest challenge on race days was to mix every SAG actor, as [director] Jim Mangold would often have the pit crews talk when they weren’t scripted to. So it’s just a matter of being ready for anything all the time.”

Lectrosonics recorded the sounds of the cars as well as their drivers:

“We only had one vintage Ford GT40 on set,” recalls Morrow. “The rest were film cars with more modern engines for the sake of reliability. So, for authenticity, the post-production team went to a track day and convinced a bunch of guys with actual GT40s to let them record their engine sounds. Where boom mics were needed, we put HMa plug-on transmitters on the boom poles so that the operators could move around freely.”

For on-set communications and IFB monitoring, the team, which included Craig Dollinger and Brian Mendoza, used LT transmitters to talk to each other, because of the convenient red toggle switch on the top that can be used as a mute. 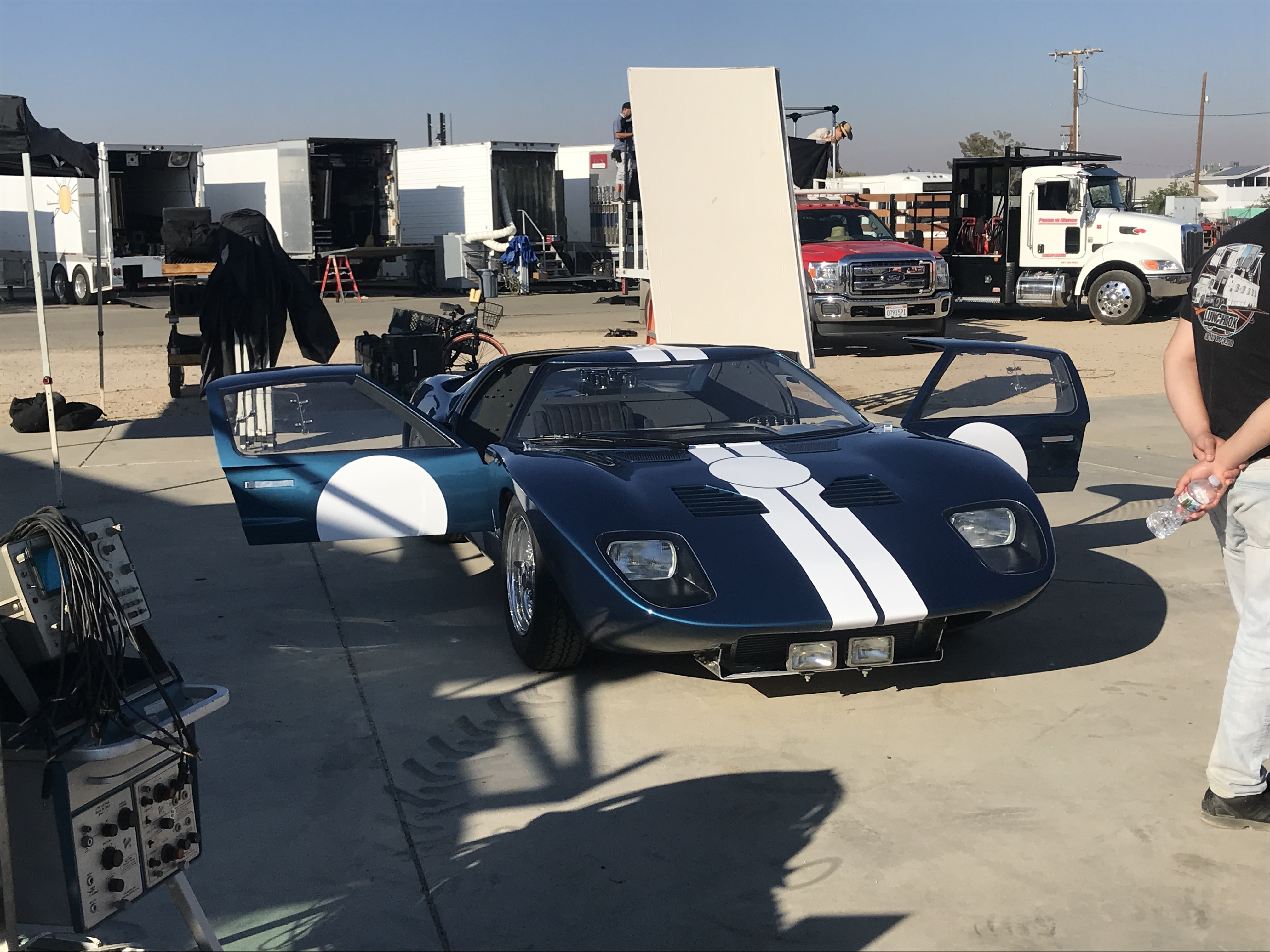 “We also used an older UM400a as an IFB transmitter, and we all listened using IFB-R1a receivers,” he adds. “I’ve recently just got into the M2 Duet system as well, and am looking forward to using it more.”

Morrow credits Lectrosonics’ reliability and performance for his long-term loyalty:

“Every film I’ve done for the last 20 years was recorded via Lectrosonics. I’m always happy and impressed with the products. It never fails – it sounds as good as if you’re running cables, and it holds onto frequencies for dear life. I now have three Venue 2 units on my main cart, so I can do 18 channels of wideband. The SSMs are wideband-capable, which is key with the available frequency spectrum being such a moving target.”

Knowing that the SSMs were small and durable was a huge plus for Morrow:

“We put them on the actors all day, so they need to work – and I trust they will. The reliability of the equipment is always important and Lectro has never let me down.

“Let me give you one last example of how solid it is,” he furthers. “In 2017 I did a film called The Front Runner which starred Hugh Jackman as the presidential candidate, Gary Hart. We had 21 actors miked with SSMs at all times, and a lot of it is rapid-fire dialogue with people talking over each other – like a Robert Altman movie on steroids. Scanning for frequencies at the beginning of each shooting day took no more than 20 minutes, for everybody, and we had zero problems with crosstalk, dropouts, or interference. Even if you’re starting out in sound and on a budget, I strongly recommend that you get however many channels of Lectrosonics you can afford. This is gear you won’t want to replace in two, five, or 10 years.”

What impresses Morrow the most about Ford v Ferrari is the feeling of camaraderie the film captures:

“Much like the story itself, the filming was hard and hot and dusty, but the finish line was the reward itself. A film that people love is the best part,” he smiles. 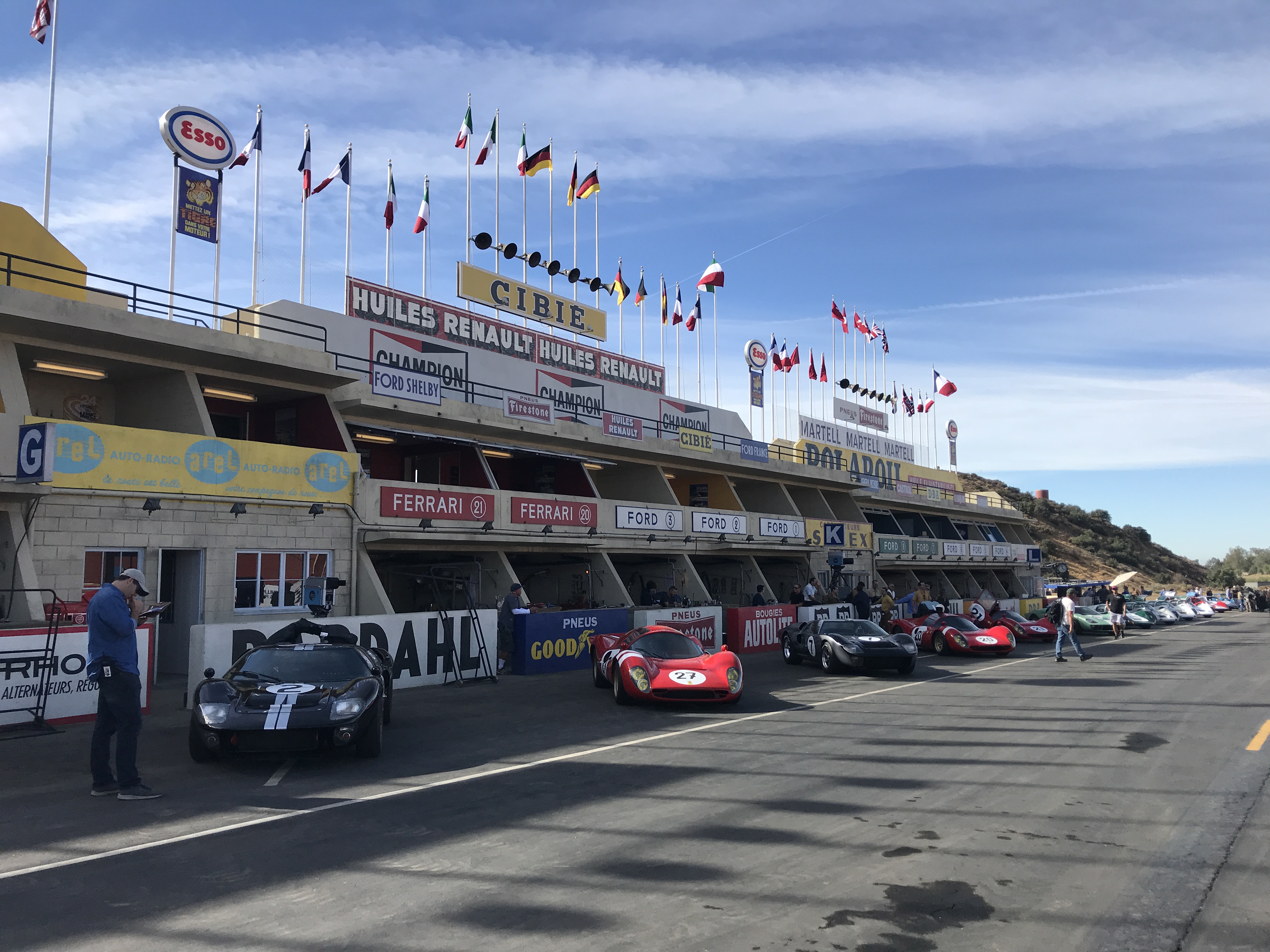