Garth Richardson: Whenever, Wherever

Grammy nominated and Juno Award-winning producer and engineer Garth “GGGarth" Richardson recently gave the setup at his Farm Studios a complete overhaul, courtesy of Focusrite’s RedNet range of Dante-networked audio converters and interfaces. Headliner caught up with Richardson to learn how they’ve provided him with the freedom to record literally anywhere on his property...

When the Coronavirus pandemic became all too apparent in March last year, Richardson decided it was the perfect time to completely rebuild the control room and live room in his studio, a beautifully unique facility on a sprawling, wooded estate just north of Vancouver which he has called home since 2002.

“This is actually what I call my version 8.0 of the studio,” begins Richardson with a smile. “I didn’t want that typical bunker studio where you go in the front door and then the room gets locked up and you never see the light of day. Here I have tonnes of windows, lots of scenery and some amazing views where you can watch the day come and go.”

After spending a lot of time trying out different recording consoles in his control room, Richardson eventually settled on SSL’s AWS Delta Analogue console, and upon discovering an entirely new workflow at his fingertips, he set about fully modernising the space. 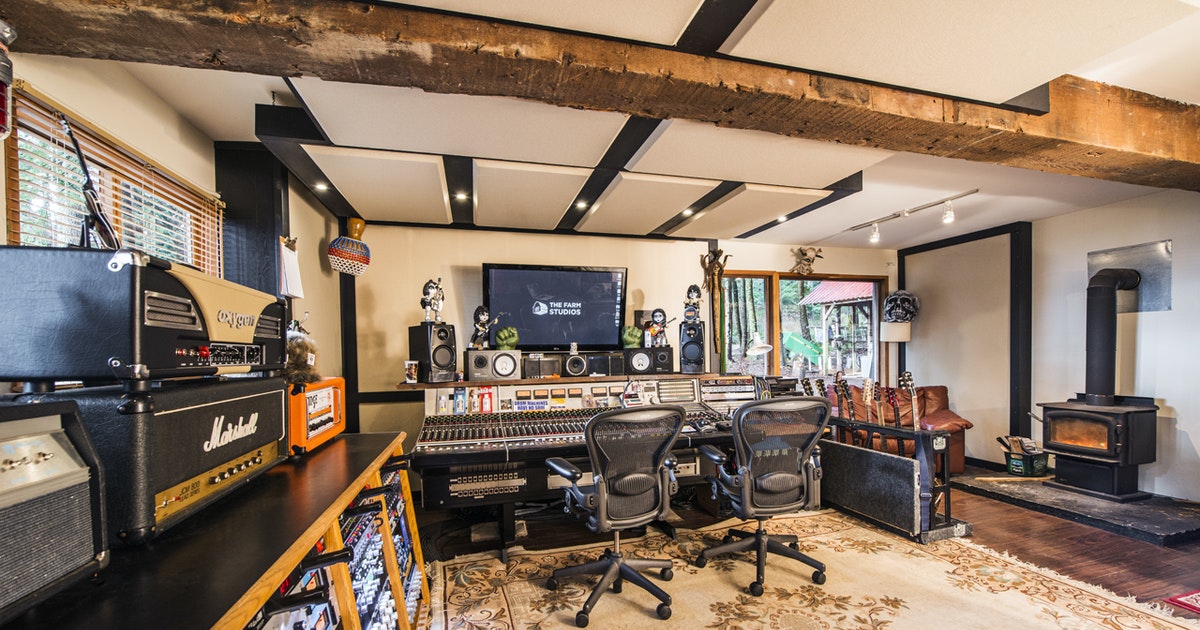 I feel like Focusrite always tends to be on the cusp of some new technology. The gear sounds great, and to be honest it just works. Garth "GGGarth" Richardson

Aside from giving him an abundance of inputs into Pro Tools, the rig enables Richardson to record musicians anywhere on his property, including the main house, separate recording studio building, band house and crew cabin.

“I was the old analogue guy, and after I worked with a Dutch rock band called Kensington, who were very sharp and very smart, I decided that I had to get the room up to scratch,” he recalls. “I now have extra Dante lines to all three houses, as well as to my living room so I can record my grand piano, and in my laundry room so I can do guitars while doing chores!”

Being a massive fan of Led Zeppelin’s Black Country Woman, which was recorded in the garden at Mick Jagger’s Stargroves estate, Richardson has always dreamed of being able to record outside, and his new Focusrite system has enabled him to realise that dream. 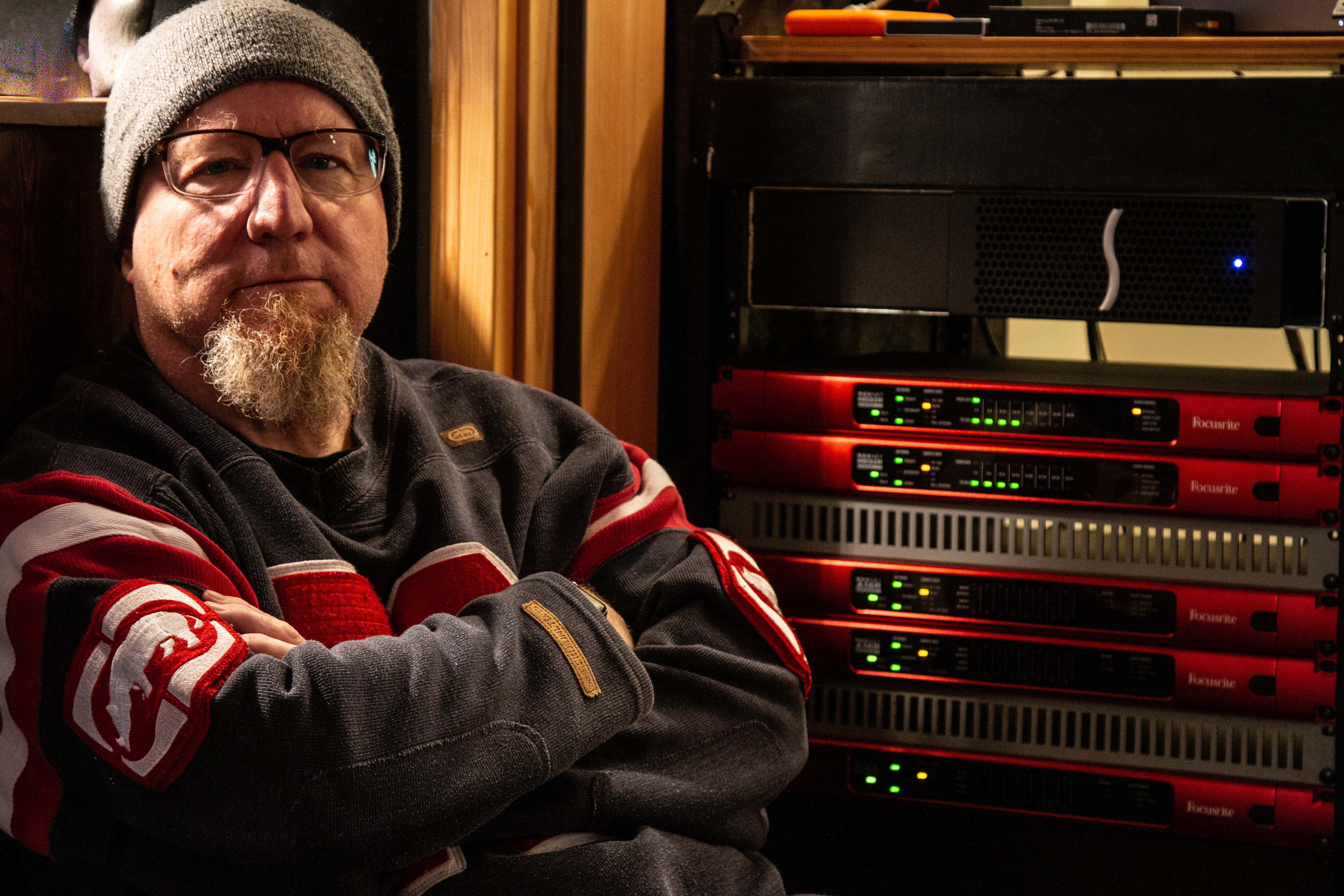 “For recording I have the MP8R mic pres coming directly into Pro Tools, or I can choose to have them coming out of a pre and into some outboard gear, because sometimes I still like to do things the old school way,” he shares. “Previously, if I wanted to do drums outside, I would have to run 10 to 12 mic cables from the mic panel, depending on how far I wanted to go. Now I can do 300 feet with one cable; I just patch in the mic pres and go.

“I feel like Focusrite always tends to be on the cusp of some new technology. The gear sounds great, and to be honest it just works. I've had zero problems with it, so I'm thrilled. Recently I’ve been working with a fantastic guitarist called Devin Townsend, and we did a live stream that was cast from my deck. He was playing from there with the whole RedNet system up and running, and it just turned out great. I’m also doing his record; he’s scheduled to play at London’s Royal Albert Hall so it’s all systems go at the moment to get it finished before then!” 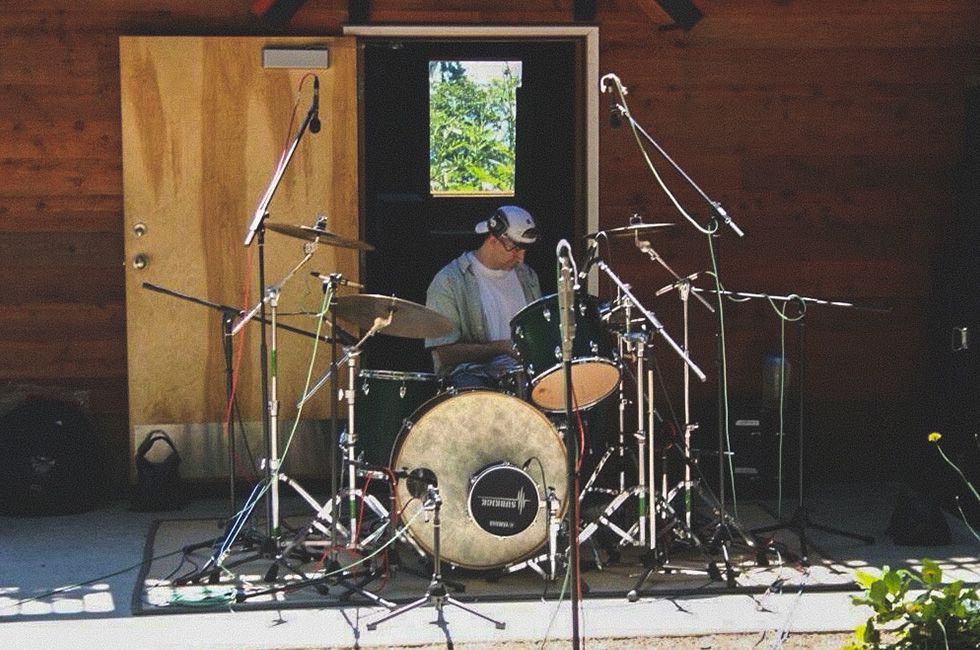 I suggest that working in such a unique environment must work wonders for Richardson when it comes to getting the best out of a band or artist, and for allowing the creative juices to flow:

“I find it really inspires people that come here,” he answers. “Everybody usually goes into a big cinderblock room, but when they come here, they can see bears, cougars, elk, deer, raccoons, skunks etc, just outside the window. So you never know what you're gonna see.”

Born To Do It

Richardson’s love for making records undoubtedly runs in his blood, and he was hanging out in recording studios from a young age. Throughout the ‘60s, ‘70s and ‘80s, his father Jack produced some of the biggest selling records of the era, including The Guess Who’s American Woman and These Eyes, Alice Cooper’s Love It To Death, and Bob Seger’s Night Moves, the latter of which also happened to be Garth’s first ‘second engineer’ gig at just age 15. 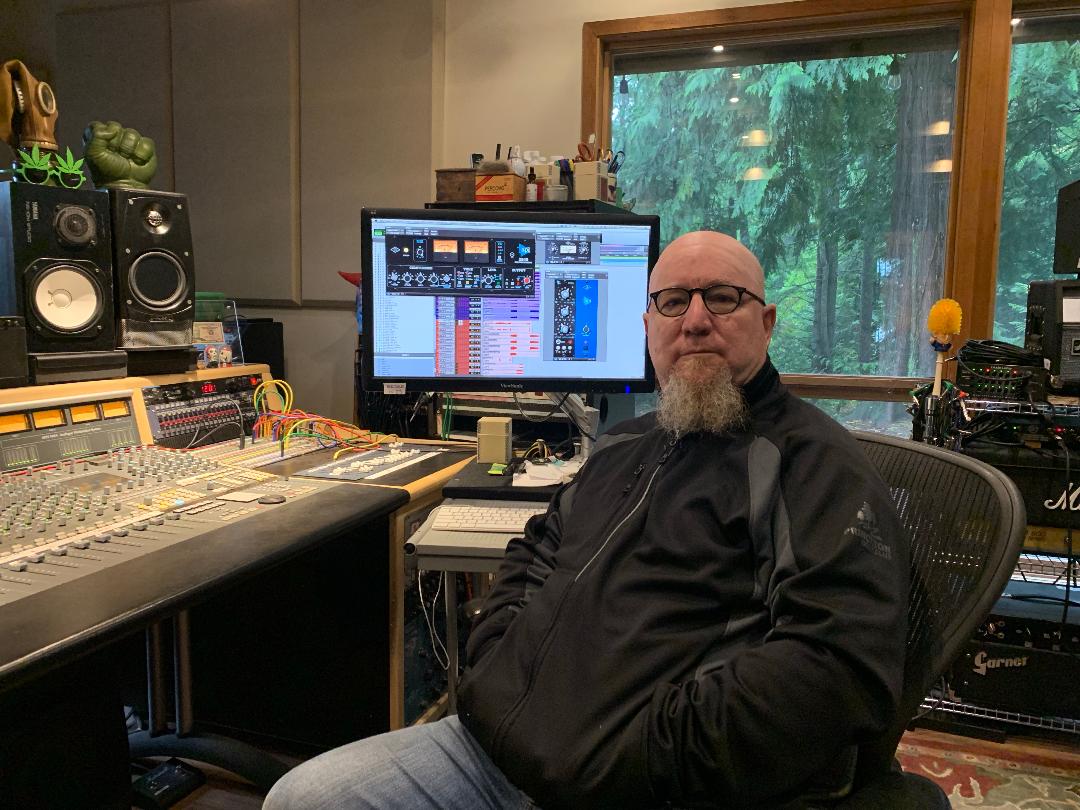 “When I first told my dad that I wanted to follow his footsteps in the music business, he simply put his hand on my shoulder and said, ‘Garth, good songs sell, bad songs don't’. So everywhere I go I've always stressed that you really have to focus on the song, and the story that it’s telling. It’s about making sure the band understands that each player’s role is to enhance the vocal. Nobody that you see at a concert is ever playing the air flute or air bass; everyone is always singing the song, right? The biggest ego in the room should always be the song.”

Richardson rounds up the conversation with an amusing anecdote over which we share a laugh:

“Basically, a long time ago I had a band here, and they tended to party a lot. One night they were up until five in the morning, just yelling and screaming and partying. So the next morning, I got up early and went over to the band's house where they were sleeping; I took a big piece of wood with me, opened up a chainsaw and started going at this lump of wood. There were wood chips going into everyone's bed, and they of course woke up wondering what the hell was going on. I had to get them back for keeping me up, but then it meant we lost that whole day because they were so pissed off! You’ve gotta have a good time though, right?”