Located near the picturesque village of Rosemount in County Westmeath, Ireland, and steeped in old world charm, Grouse Lodge is a world class residential studio that has welcomed the likes of Michael Jackson, REM, Snow Patrol, Tom Jones and many more through its doors over the years. Headliner caught up with resident producer and mix engineer Alex Borwick, along with studio manager Eavan Crowe, to learn more about their recent upgrade – a Neve VR60 desk – and why clients keep coming back.

As soon as I jump on a Zoom call with Borwick and Crowe, I immediately get a very easy-going, down to earth vibe from the pair, most likely due to the fact that they’re lucky enough to work in such a friendly, relaxed environment.

Originally a working farm, Grouse Lodge officially opened in 2002, and incorporates studios designed by Andy Munro of Munro Associates, along with nine double bedrooms in three separate renovated stone outhouses. The main studio is purpose built integrating the existing 275 year old stone structure, and features a large 900sq.ft control room with lots of natural daylight along with two large live rooms with superior acoustics. The extensive use of local cut stone is what gives the space its unique feel and sound.

Crowe begins by giving me a brief history of the facility. I’m told that the owners of the studios, Paddy and Claire Dunning, had always wanted to get out of the city, as Paddy already ran a couple of studios and rehearsal spaces in Dublin before acquiring Grouse Lodge.

“People thought he was crazy, but it worked out really well,” says Crowe. “Being in the middle of nowhere is great for productivity, and having everything on site makes it even better. If you want a pint, we’ve got a pub here; if you want a swim, we have a pool. There’s so much more to this place than just being another studio. A lot of the food we serve clients is grown on site – Claire is the cook, and it's just such a lovely family run business.” 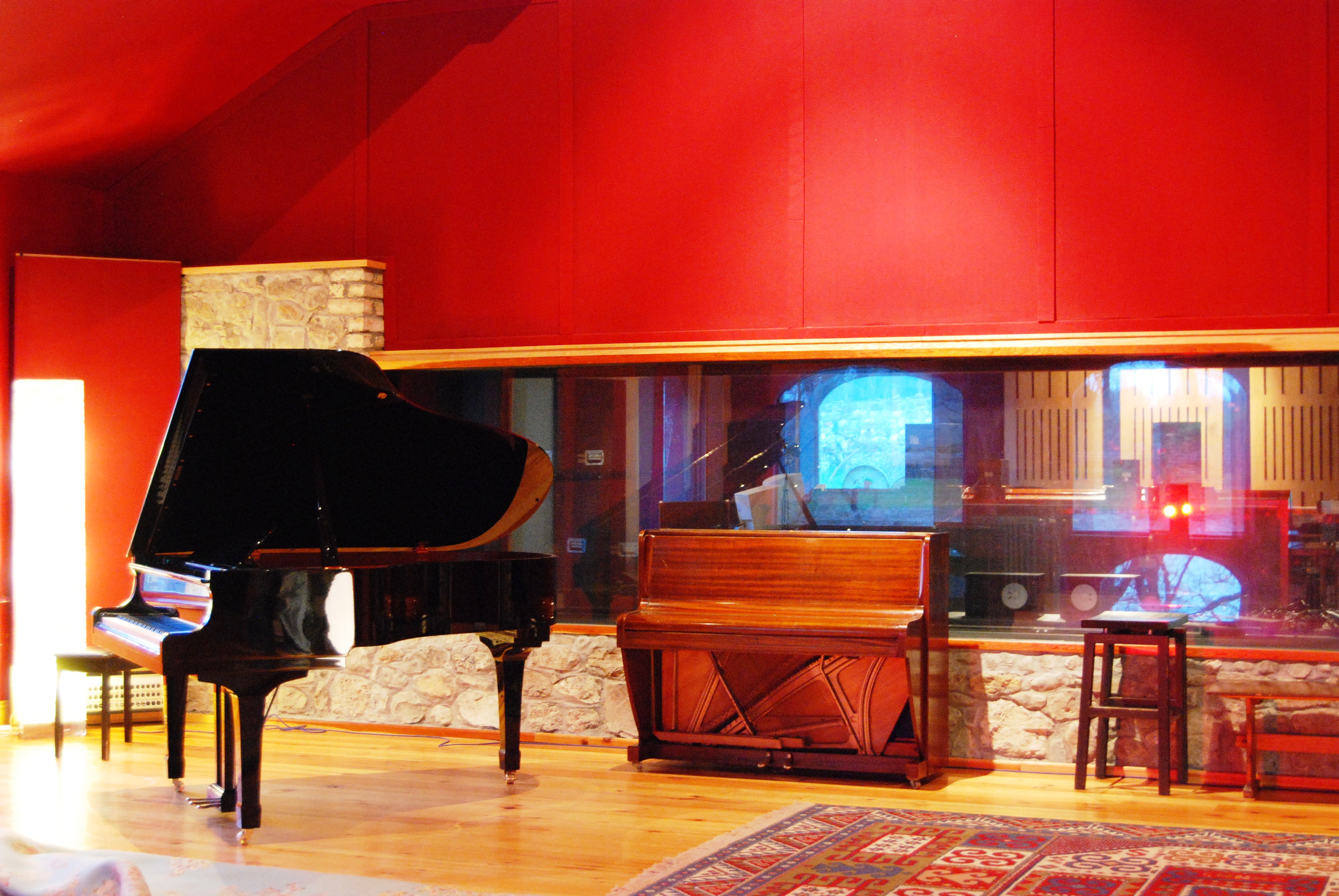 Being an environment where artists and producers can work in true isolation if they wish, the pandemic has been somewhat of a blessing in disguise for the studio.

Something that has been incredibly helpful, as resident mix engineer Alex Borwick describes, is Audiomovers, a plugin that enables creatives to work remotely and stream high quality audio to anywhere in the world.

“We can send the output of the Neve here straight to somebody’s Mac, and that audio is virtually latency free,” shares Borwick. “We managed to finish off the last bits of the installation in November 2020; we bought a brand new Mac Pro totally specced out to the nines, and we upgraded our interfaces as well to Antelope Audio Orion 32 HDs.

“We also took the opportunity to upgrade to Pro Tools Ultimate. Essentially it’s the computation and digital side of things which have been totally revamped. You can have endless, impressive analogue equipment, but at the end of the day, everything is being used on a computer, and so we wanted to make sure that it could cope with all the CPU heavy plugins we’re using.”

Previously, the studios were limited by the interfaces to 40 inputs and 48 outputs, but with the new Orion interfaces, Borwick and co can use the entire Neve desk to its full potential with 64 I/O. 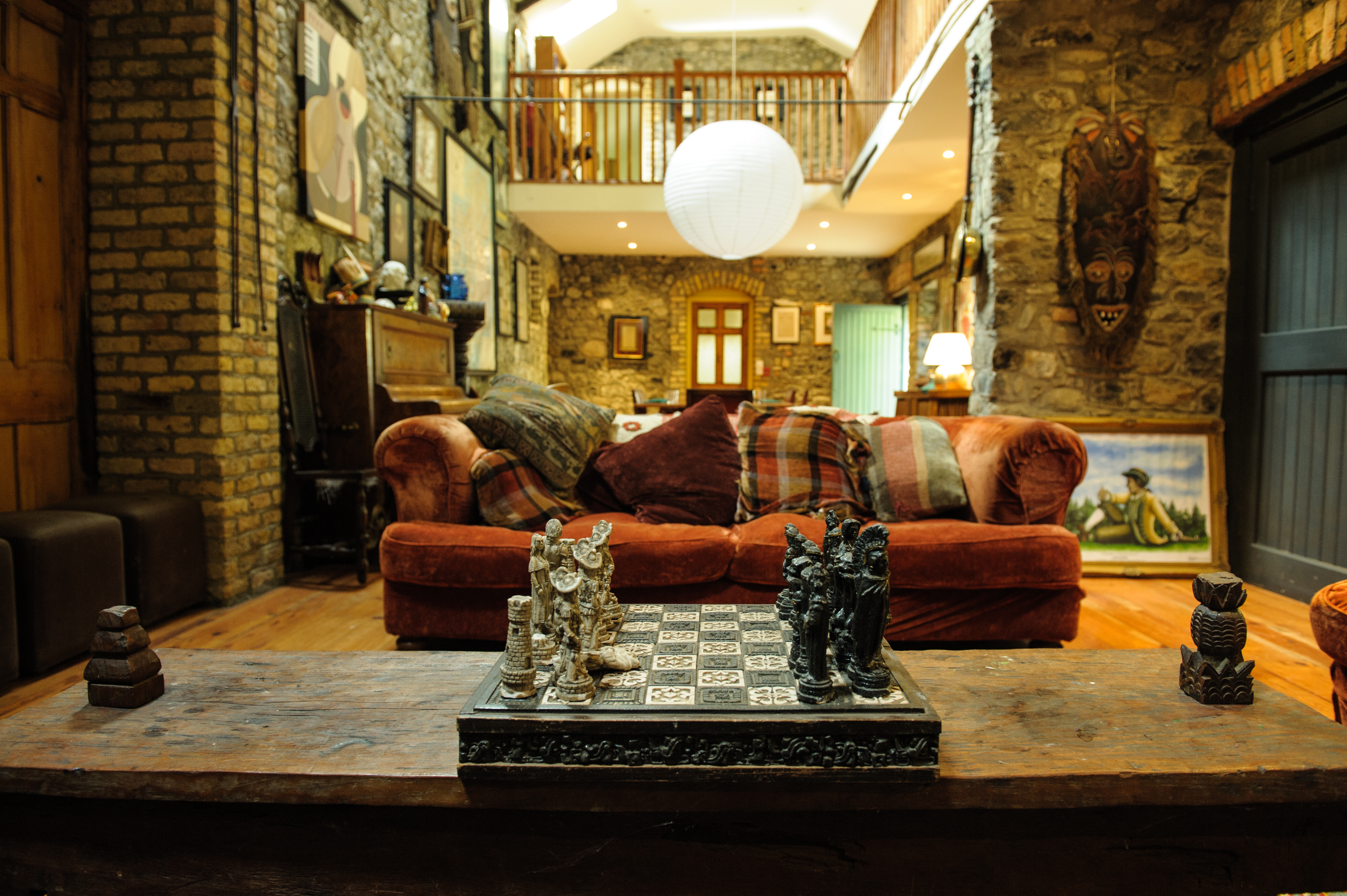 “It’s totally opened things up,” he says. “After the upgrade in November, the first session we had in here was with Sam Fender and his band for seven weeks. We were literally using every last inch of the studio, and I think we had 56 inputs going into Pro Tools. We couldn't have asked for a better session to run the new upgrade through its paces. It was flawless; the client was totally thrilled and delighted with it, and when the time came, they didn’t actually want to leave the studio!”

The studio has the capability to track a six piece band live, with each member having their own headphone mix with amps in separate booths.
“When Sam Fender was here, we did a lot of reamping in the swimming pool room,” Borwick adds. “We took a B-rig over there and played back some of the stuff we recorded in the studio like saxophones and vocals into the swimming pool, and re-recorded them in there which was fun.”

The control room at Grouse Lodge houses a Neve VR60 console with full automation and flying faders, and has seen its fair share of action; Michael Jackson recorded on it for six months, which clearly speaks volumes in itself...

“When Paddy opened the studio, it was in partnership with a guy called Ivan O’Shea, who owned a studio in Dublin,” reveals Borwick. “Ivan had the Neve there in the early 2000s, so when the pair went into business, that's when Ivan brought the desk out here from his studio, along with all his equipment.

“It's become an integral part of the sound here. People who have recorded here in the past tend to come back, because the live room has just got such an exceptional sound, and that’s coupled with the fantastic, classic sound of the Neve - they complement each other really well. The EQ on the VR series is just to die for. It’s one of the incredible things about the console – it’s just so musical. And it's always a little bit like Christmas for bands when you show them the flying faders with everything moving!” 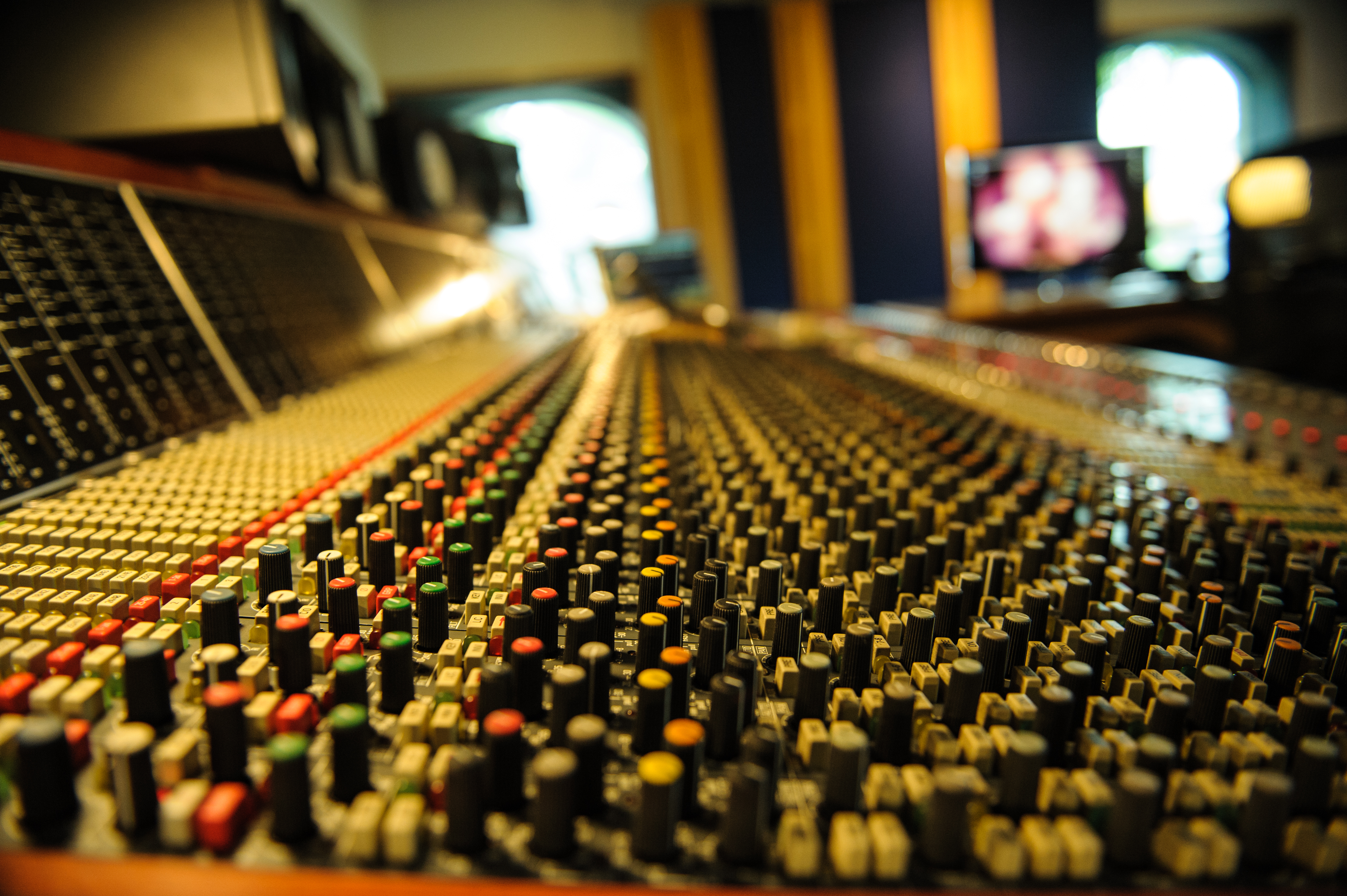 It's always a little bit like Christmas for bands when you show them the flying faders with everything moving! Alex Borwick - Mix Engineer/Producer

Having used the desk to its full potential, Borwick is also a big fan of its flexibility when it comes to routing, and can always find a workaround if something doesn’t work. Being an inline console, and because of how the patch bay is set up, the VR60 has a channel path and monitor path on every module, and allows signals to be sent from anywhere in the chain to anywhere else in the facility, with all the analogue equipment going into Pro Tools.

“It's a great place for live bands who want to track rock and metal, but we also get a lot of acoustic acts and traditional Irish musicians,” explains Borwick. “But it's so varied; if a couple of pop producers want to sit on their laptops with an artist and write and produce songs, then the environment and the atmosphere totally lends itself to that as well. Equally, we can fit a whole orchestra in the live room to do things like film scores.”

Crowe goes on to mention how supportive the Irish government have been, releasing funds for the arts at the end of 2020, and providing grants to musicians so they can get into the studio to write and record.

“When these grants came out last year, they didn't just give them to the up-and-coming artists, but also to the bigger guys as well,” says Crowe. “So we’ve got a lot of bigger names from the Irish music industry coming in soon as well, which is something we’re really looking forward to.”

There really are no airs or graces about Grouse Lodge, and it’s safe to say that upon entering the studios and beautifully characteristic outbuildings, one would automatically feel at home.

“Everybody is treated the same here; it doesn't matter if you're Robert Plant, or if you're the 14 year old who’s saved money to come here just for a day,” Crowe concludes. “We want people to come here for different reasons, and now that we have this upgrade, I feel like we want to shout it from the roof!”