Each one has different sonic characteristics and parameters based on Al’s workflow and perception of each instrument; distilled to minimal controls, and conceived to allow users to get their sound instantly.

As a winner of 20 Grammy Awards, two Latin Grammys and a Trustees Grammy for Lifetime Achievement, Schmitt has helped artists garner an astounding 160 gold and platinum albums. He was honoured as the only engineer ever with a star on the Hollywood Walk of Fame in 2015. 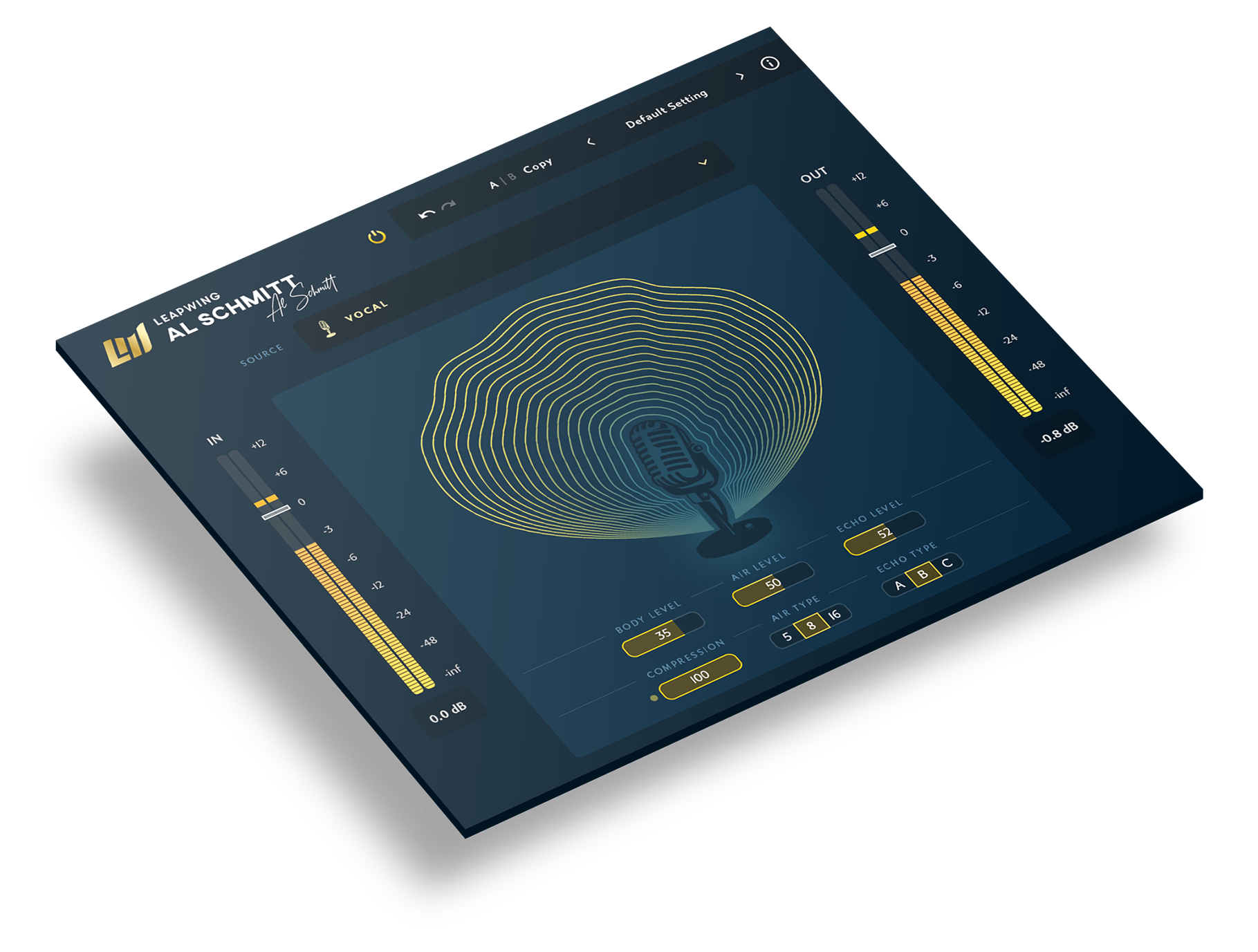 "When Al said he wanted to create a plugin with us, we couldn’t have been more excited!" says Emiliano Caballero, co-founder of Leapwing. "We set out to evaluate and understand all the intricacies that make Al and his sound so unique. Our team analysed Al’s workflow, gear and processes of the last decades, from subtle harmonic characteristics to echos, compression and EQ. This then led us to create distinctive features that define his sound.”

“Having been asked numerous times to create a signature plugin, it wasn’t until I met with the Leapwing team that I felt it was a perfect match. I love the steps they took to meticulously understand everything I do, which helped us turn this into a versatile plugin that captures the way I make records!” adds Schmitt.

You can download the free 30-day trial of Leapwing’s new signature plugin by Al Schmitt now.

“The way Al Schmitt makes records, it always appealed to me ‘cause it was so natural. Not only the sound of the record, but how he got there was so natural.” ~ Steve Genewick

“Al Schmitt is the benchmark for how recording should be done. A lot of the techniques that we use as engineers we trace back to Al, and we openly talk about doing it the way that Al did.” ~ Dave Pensado