Already an integral part of recording studios worldwide, Sonarworks is on a mission to revolutionise the sound experience, bridging the gap between music artists and listeners. We go behind the brand with one of the company’s co-founders, Martins Popelis, who brings us up to speed on the Sonarworks journey so far.

It’s been seven years since Sonarworks was founded in Riga, Latvia following a chance meeting between two entrepreneurs and an innovator. Martins Popelis and Helmuts Bems already shared a lot of history and were on a mission to build their next big, technology-based company when they were introduced to someone who had built a prototype for a speaker measurement and calibration software tool.

Their shared passion for audio and music immediately struck some chords, and the rest is (fairly recent) history. The company’s flagship product – Reference 4 – is a piece of studio monitor and headphone calibration software, designed to help music creators translate their mix in the most accurate way possible, serving as a powerful music making tool.

“The idea for this started when that entrepreneurial drive and passion collided with our vision to build a speaker measurement and calibration technology,” explains Popelis.

“We love music and we play some instruments, but we’re not really creators of music in terms of our history. None of the core team members have ever been actively involved in the music creation scene as ex-engineers or producers, and so that kind of kept our minds fairly open about what we could do with it. We soon established that the most reasonable place to start would be with music creators, for which we could deliver the most value with the technology.”

Popelis doubled down on this fact, and during the company’s first year spent a significant amount of time living in New York and LA, observing how music creators work in the studio:

“I listened to a lot of feedback from users to try and get beneath their skin, and really understand how to balance this potentially revolutionary product with streamlining workflows, in order to position it in a way where it can be brought to the market,” says Popelis.

“At the time when we started this digital room tuning and speaker calibration, it was not something that was widely accepted, and was still a very new thing.”

The company subsequently developed Reference 2, but after some fine tuning and demoing through further engagement with end users, it was evident that the product was not fully ready for the masses.

“I think the actual turning point was when we met our head of design who is a UX/UI expert,” Popelis recalls.

“He came with a very fresh and clean perspective on the user interface and after putting together all of those insights that we had learned from the market and the technology, we decided that this new version was actually so much better than the previous. We finally felt like we were onto something, so we made the decision to postpone our active push into the market for a few more months so that we could redo the user interface.”

The decision proved to be the right one, because once the third version of Reference hit the market, it took off very quickly indeed. This was soon further developed into the current Reference 4 product, a patented data-driven technology that – based on the largest research project ever conducted – creates the most comprehensive user sound profile possible, which can be used across multiple devices and platforms.

“I think we have been quite lucky because of where we’re based in Northern Europe, and I believe Latvia has been among the top countries in terms of how well we’ve been coping during the pandemic,” says Popelis. 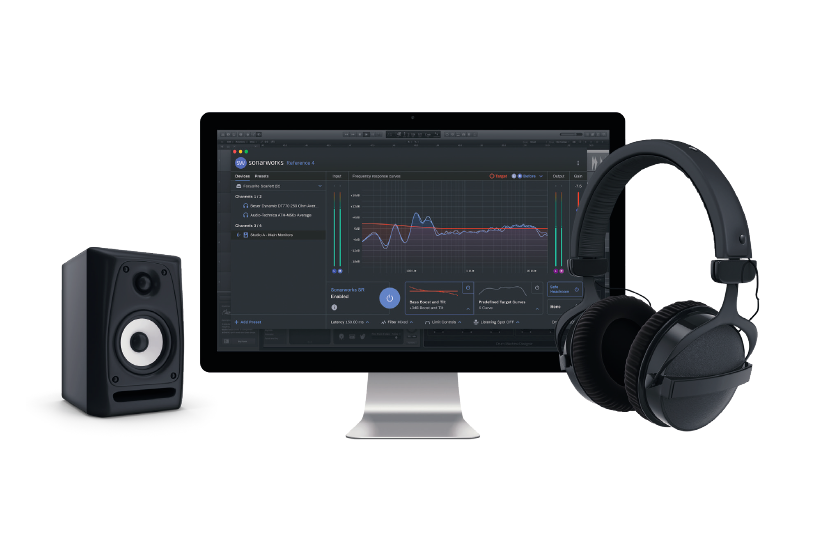 A product like ours is a super helpful way of keeping your mixes and music productions up to scratch in terms of audio quality.

“We had a minor, pretty mild lockdown in the first month and now it’s kind of back to normal except for international travel. We’ve been doing really well as a team throughout lockdown, and I think with the type of people we have on board, we really caught on to this working from home and working over distance mode surprisingly quickly.

“I was expecting it to be a lot harder, but now I think everybody has actually become more productive, and our teamwork has in many ways improved.”

While the pandemic has suddenly forced music creators out of the studio, this seems to have worked in Sonarworks’ favour:

“If you have to work from home or some environment that you’re not acoustically familiar with, a product like ours is a super helpful way of keeping your mixes and music productions up to scratch in terms of audio quality.”

In terms of new products, the company has something coming from its Reference product line, which it has been working on intensively since the beginning of this year as part of its push into the broader music lover and music listener market, as Popelis explains:

“With the Reference product, we ultimately have solved the sound colouration problem in the music creator space, which really helps music creators across the globe create tracks that translate better - but when we talk about this term translate, this still means that it sounds different on all the separate devices out there. Our ultimate dream is to solve the problem of translation at its core, and to do that we understand that we need to bring the listener part of the equation into the picture as well.”

When it comes to listening to music, hearing ability of course differs from one person to the next, and therefore sound preferences tend to vary massively across the board.

“End listeners prefer different flavours in sound, so from that insight we have now built and launched SoundID, a personalisation technology product that uses a mobile app and smart algorithms to learn users’ individual sound preferences and create a unique sound profile for them, which can then be delivered on any SoundID enabled device eventually,” says Popelis.

Sonarworks first launched the SoundID product at last year’s CES, and has continued to work behind the scenes to integrate the technology into a range of different consumer audio products, some of which we will hopefully see on the market before the end of the year.