Moog Music has revealed a new sound design, production and performance app for iOS and macOS in the form of Animoog Z – a revamped version of its original iOS Animoog synthesizer app.

Released in 2011, the Animoog was heralded as a landmark launch in the world of iOS music production. The anisotropic wavetable synthesis app proved particularly popular with sound designers and has so far clocked some 700,000 downloads to date.

Building upon its predecessor, the new Animoog Z is a 16-voice polyphonic synth that allows users to ‘explore new concepts of multidimensional sound and performance’. Powered by Moog’s Anisotropic Synth Engine (ASE), the app features an orbit system that enables users to navigate through its X, Y, and Z axes to create rich, layered sonic textures.

Animoog Z’s eclectic library of sounds includes digital tones and analogue waveforms captured from both vintage and modent Moog oscillators, all run through a range of outboard and analogue signal processors. Among them, modular synth circuits, Moog analogue effects, and much more. Meanwhile, the new Timbre Editor offers users the option to record and design custom timbres.

Users can also utilise Animoog Z’s built-in keyboard to control pitch and pressure per voice (or send MIDI out), or connect to their MPE controller to explore the app’s MPE-compliant sound engine. 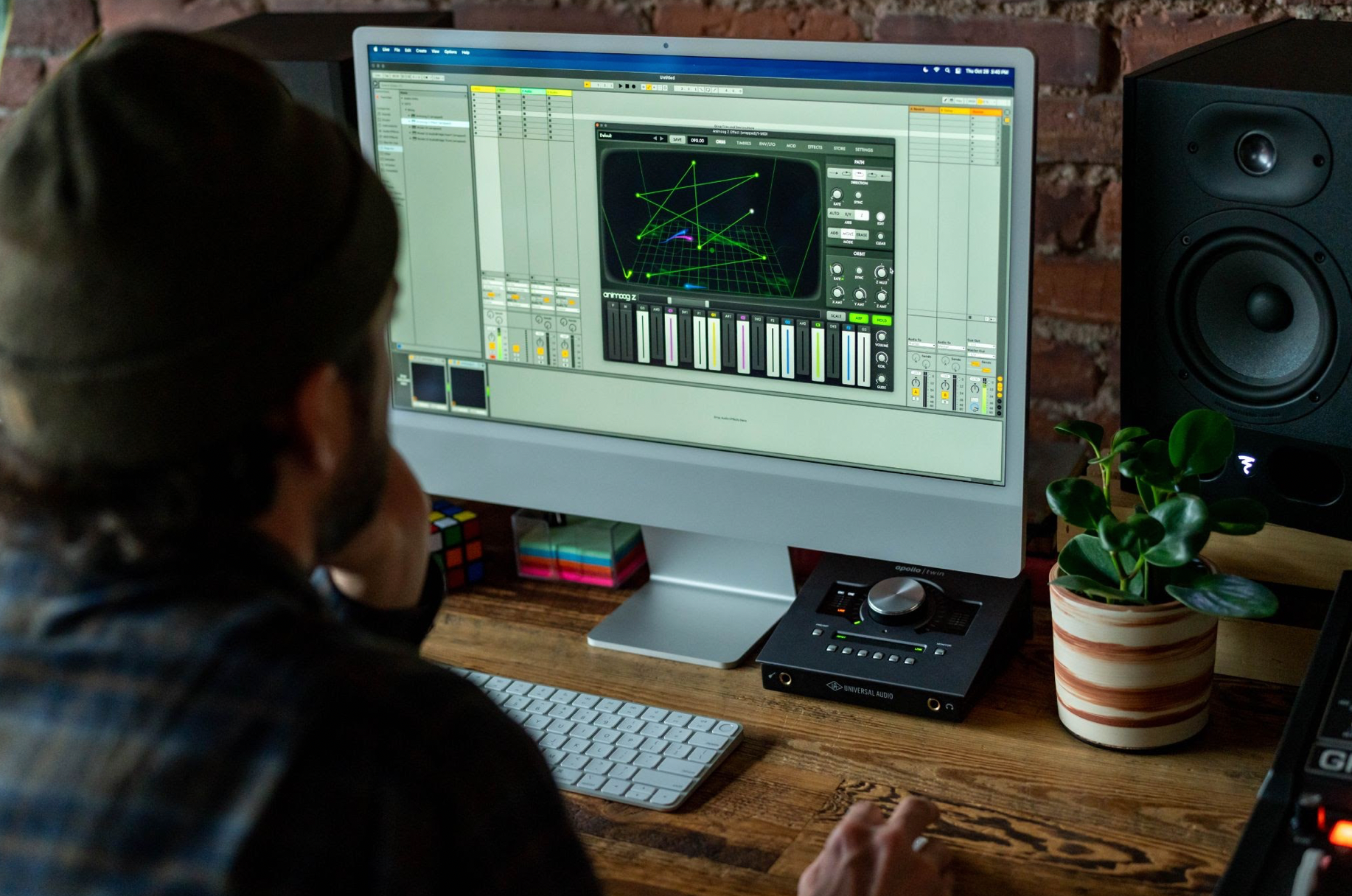 A selection of artist-designed presets also come with the free version of Animoog Z, while additional sound design and production functionality, as well as extra presets, are available for $9.99. Further expansion preset for production and performance use are also available to purchase.

Electronic music and synthesizer pioneer Suzanne Ciani, an early adopter of the original Animoog, has already put the Animoog Z to use on a new improvised composition named Currents.

“The interface is a hands-on dream. It’s alive with a vibrant spatial sound that blends in with my quadraphonic Buchla perfectly,” Ciani commented. “I love its playability, being able to tune the scale and glide over the sensitive keyboard where any note brings awesome expression. A bass note can rouse a crowd—it couldn’t be more compact and road-worthy.”

You can watch Ciani put the Animoog Z through its paces below.

The Animoog Z app is available for free on iPad, iPhone, Mac, as an AUv3, and through a VST wrapper for integration in all DAWs that support AUv2, AUv3, and VST3.